Will the real Nucleon Quest Super Convoy please stand up? An odd question until we look at how many homages have been released in the Generations lines. None of which have faithfully captured the true look of the original Masterforce C-307X Nucleon Quest Super Convoy released as 2002 Japan only Toys R' Us 10 Anniversary exclusive for a character with an interesting background:

Once there was an era in which the planet Seibertron had been struck by a fatal energy shortage. At this time, Convoy and Hi-Q, a scientist from the planet Nebulos, undertook a perilous journey in search of new energy to replace Energon.

In order for him to extract the super-energy "Nucleon" that exists in black holes, his entire structure is now protected by a phase modulation shield. He can now carry out the activity in super-gravitic environments.

Today's Prime shot takes a look at the original C-307X figure with some subsequent releases that share the Nucleon Quest style. Based on the original Masterforece C-307 Super Ginrai, the Generations releases followed a similar pattern of outfitting either Powermaster or Nemesis Prime with Nucleon Quest colors and or accessories. Shown here left to right are the original 2002 Masterforce C-307X Nucleon Quest Super Convoy exclusive, 2020 Earthrise Nemesis Prime, 2018 Power of the Primes Nemesis Prime, and the 2017 Skateboarding Optimus Prime SDCC Exclusive with the PC-20 Perfect Combiner Black Ginrai upgrade. 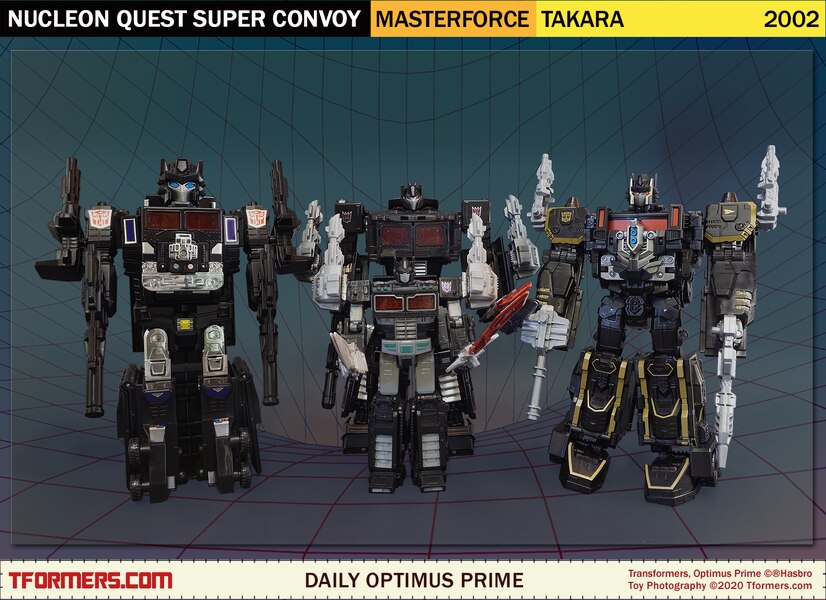 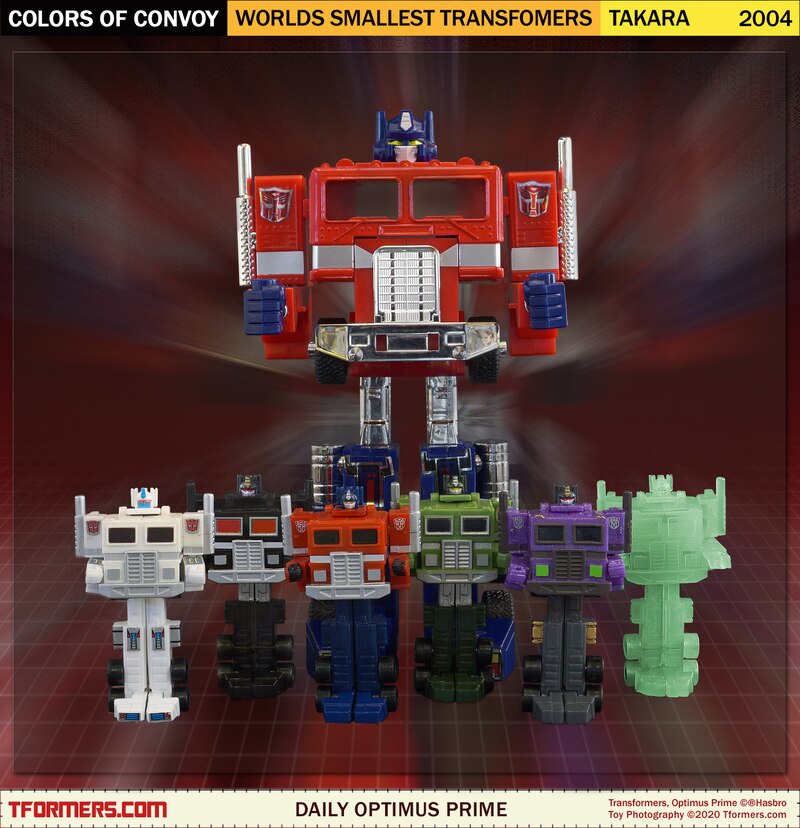 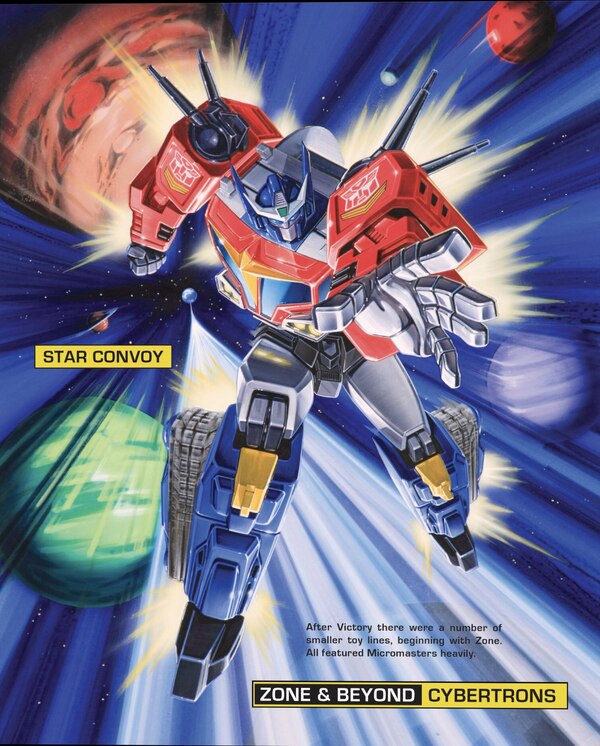 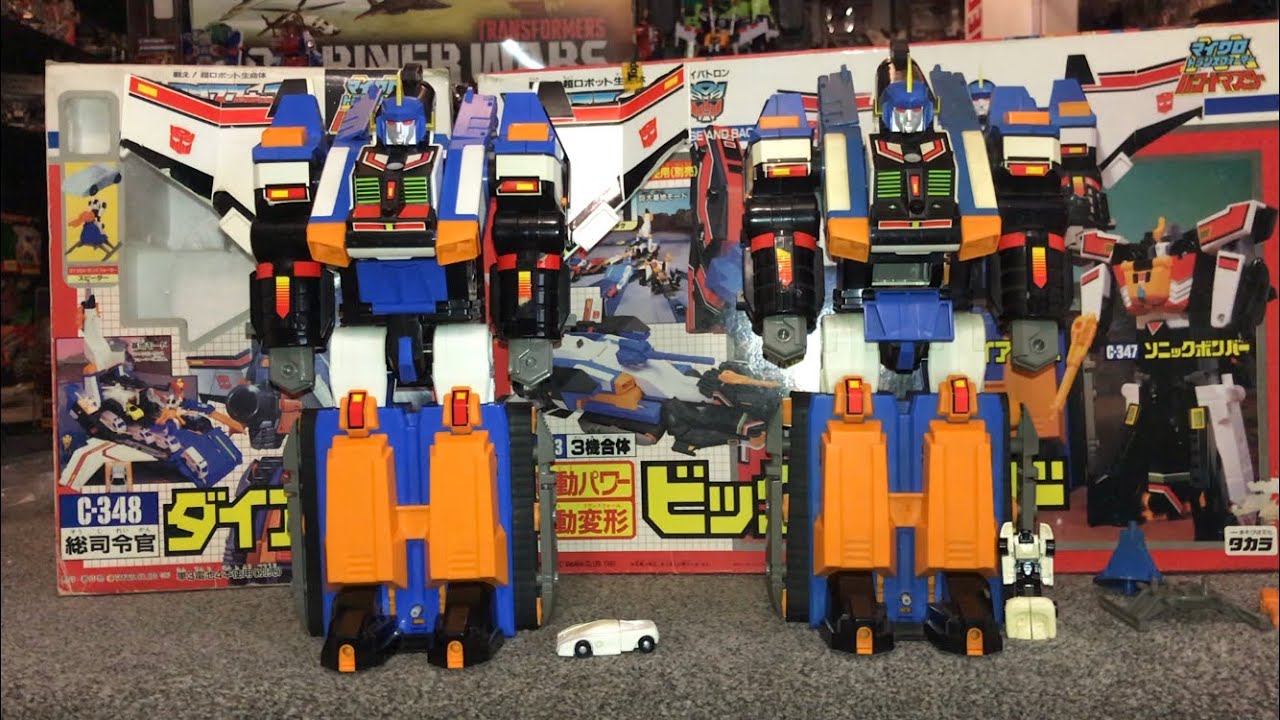 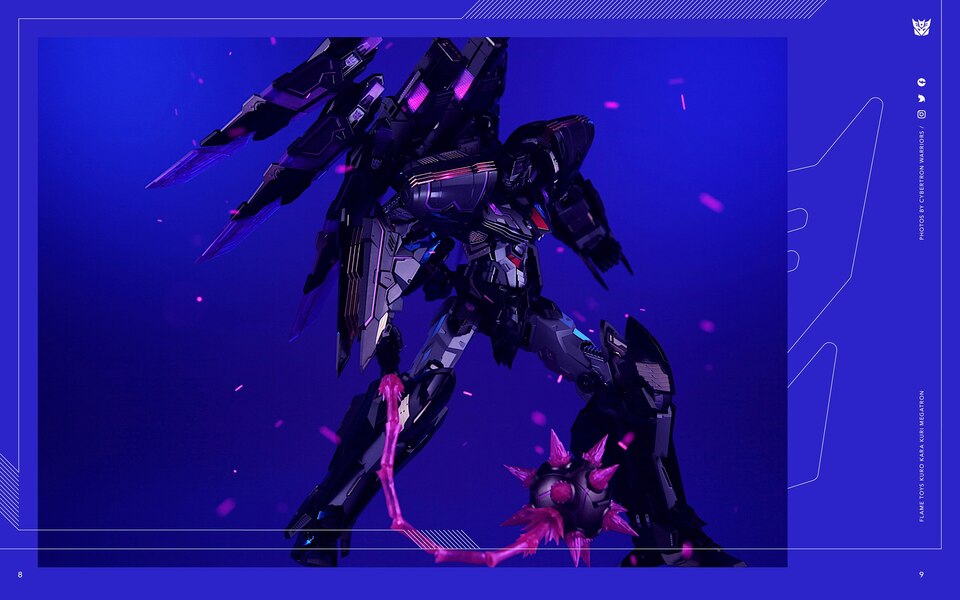 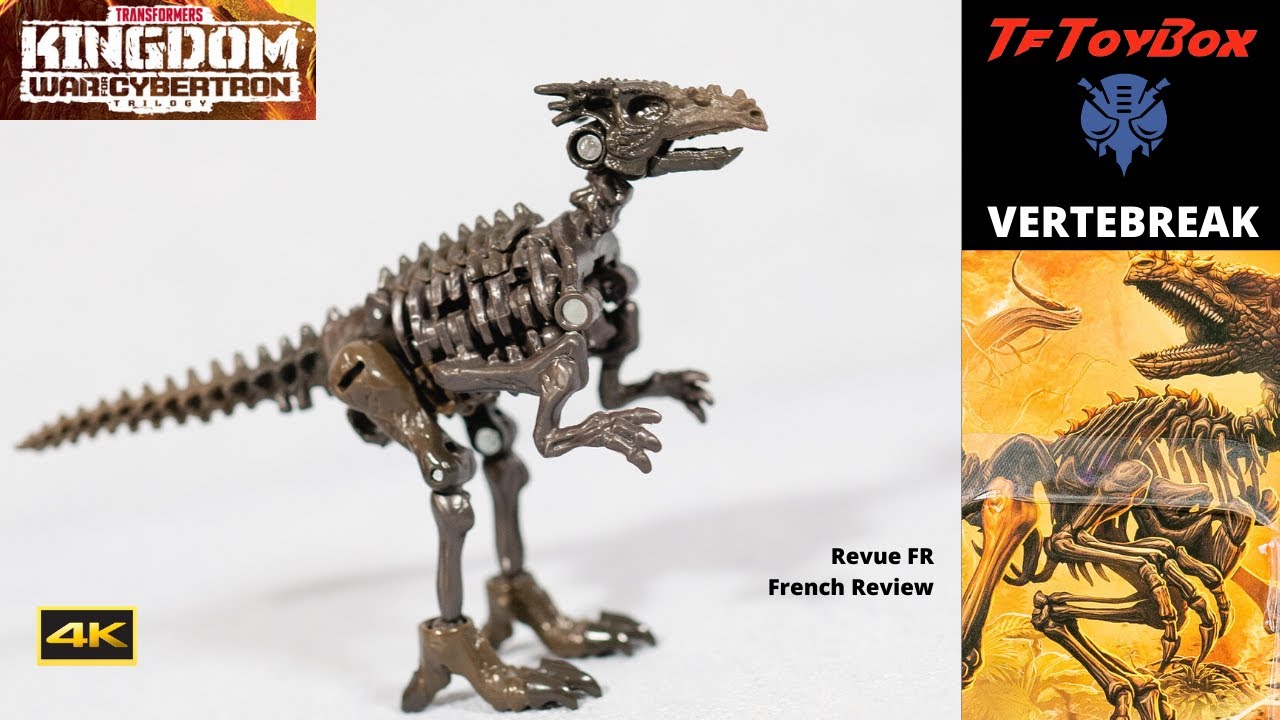 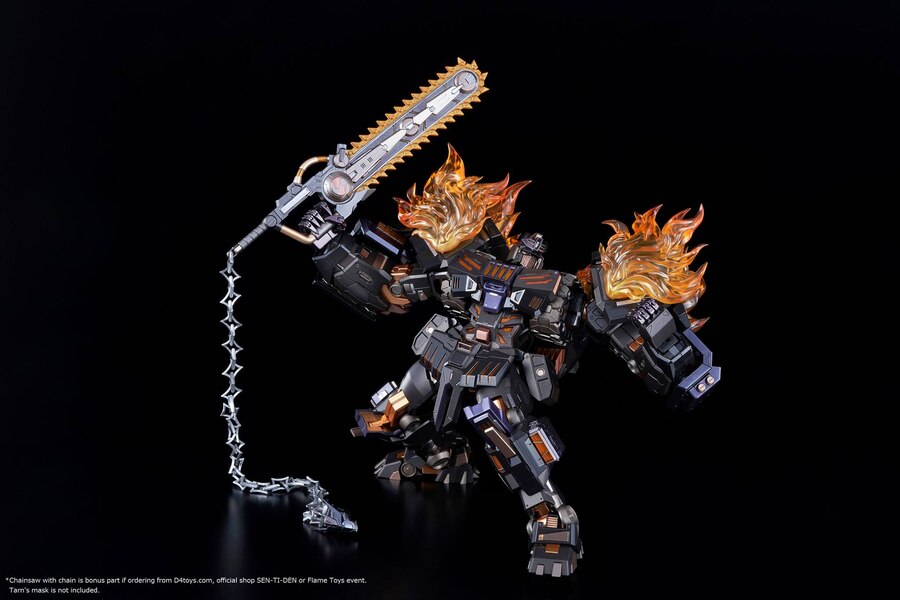