by BaCon on December 17, 2017
Yahoo! sat down with lead actress Hailee Steinfeld to talk about her recent movie roles. Of course the Transformers "Bubmblebee: The Movie" took up most of her time. Talking about her lead role and working with the director Travis Knight. She does give us some more information about her character Charlie Watson. Who is said to be heavy into music of the 1980s. Read on to watch the video with more details.


The script was really amazing. The thought of working with Travis Knight, who directed it, was awesome and I met with him a couple of times. He mainly has a background in animation and I thought that it was incredible that he was able to have this clear vision of the end result of what this movie would look like. I was really intrigued by that. And, the process of making it, I mean, the challenge of not acting with humans (snickering), was something that was set out to me. It was no doubt a challenge. I loved every minute of it and I’m very excited to see how it turned out.

My character, Charlie, is very influenced by uh, music. She has, I mean, I am trying to think he has multiple. I don’t even know that she has a t-shirt that doesn’t have a band on it. It takes place in the 80s, so 80s music is a [big] influence on the movie. Yeah, we will definately see the end result and how the music plays. But I am excited to see.
Image (click to enlarge) 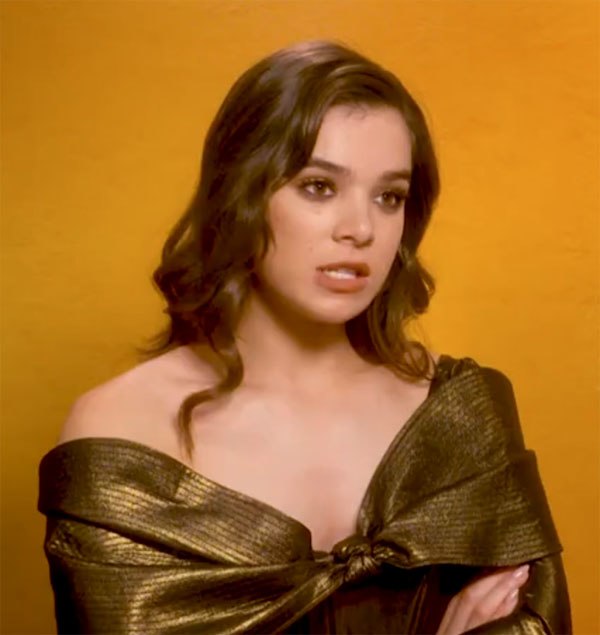