by Primus on January 22, 2009
Thanks to yayabeee who has posted a lot of new images of for the Transformers: Revenge of the Fallen Wreckage repaint.

The deluxe class toy from the 07 Movie surfaced recently as a green / military repaint of the original. It is believed this figure was colored to match the battle scene that may take play place near the Chinese factory in the Revenge of the Fallen movie.

These new images show us all the details of the action figure in the robot and vehicle mode. With our first looks at the robot, you can see there is more purple on the figure that better accents with with transparent blades.

Fans of this figure have been calling this a Generation 2 homage the green Megatron tank mold due to the green khaki colors and the head that does resemble to G2 Leader's styling.
22 Image(s) - Click to Enlarge 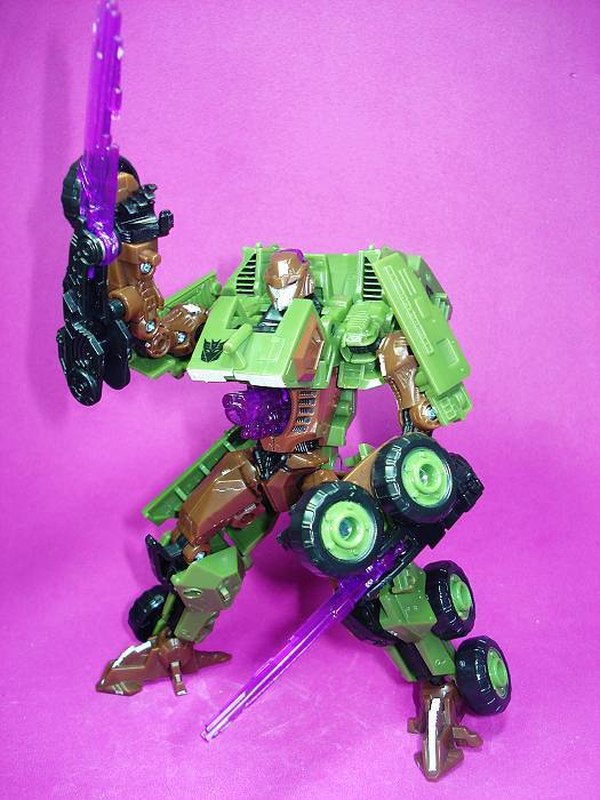 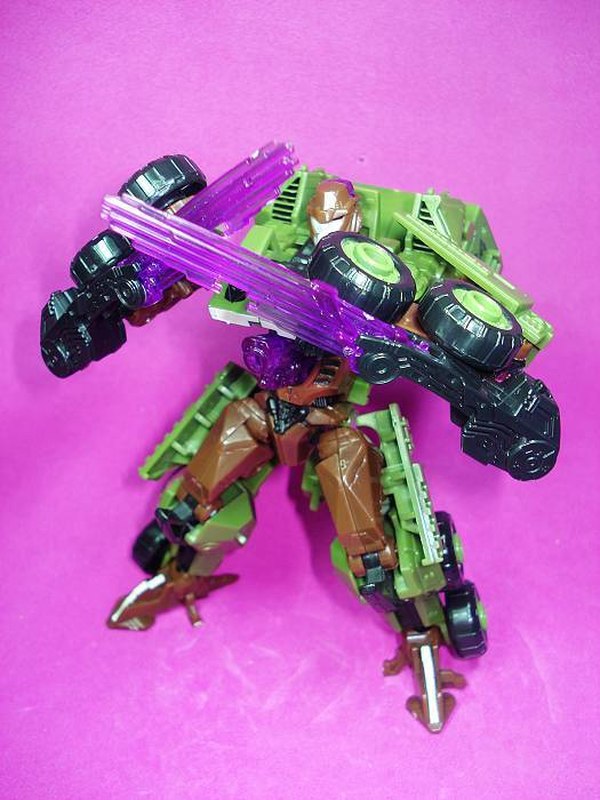 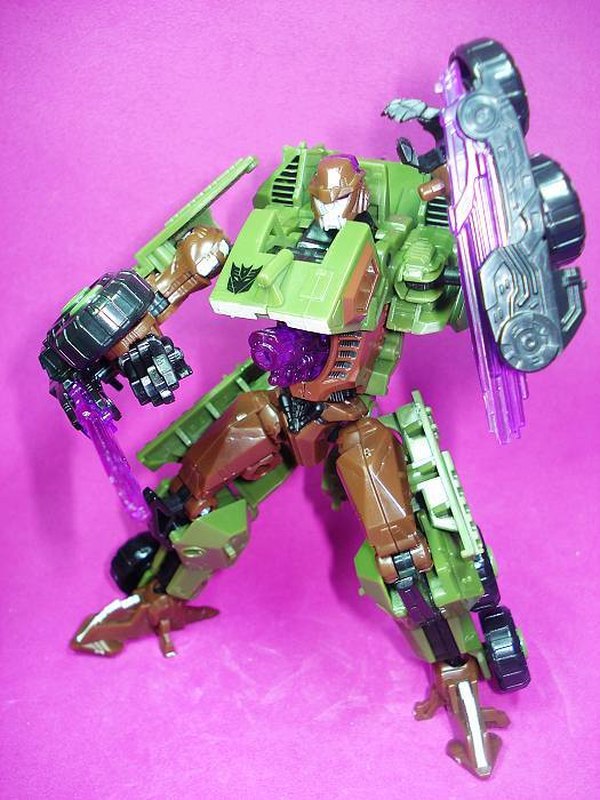 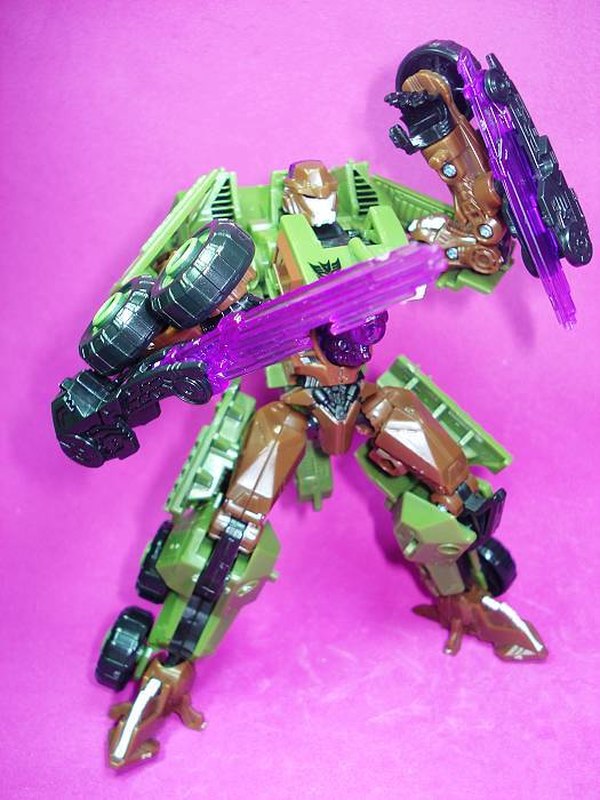 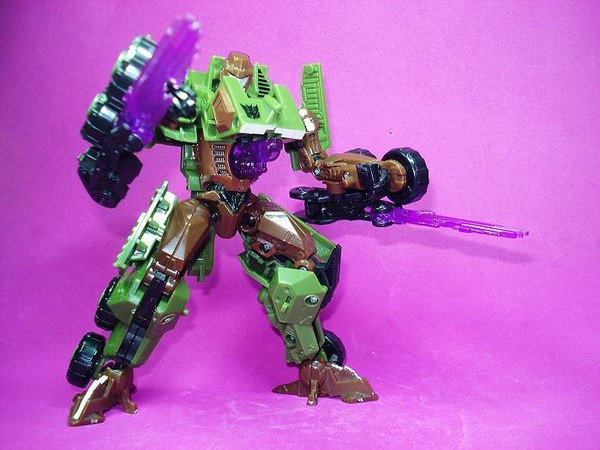 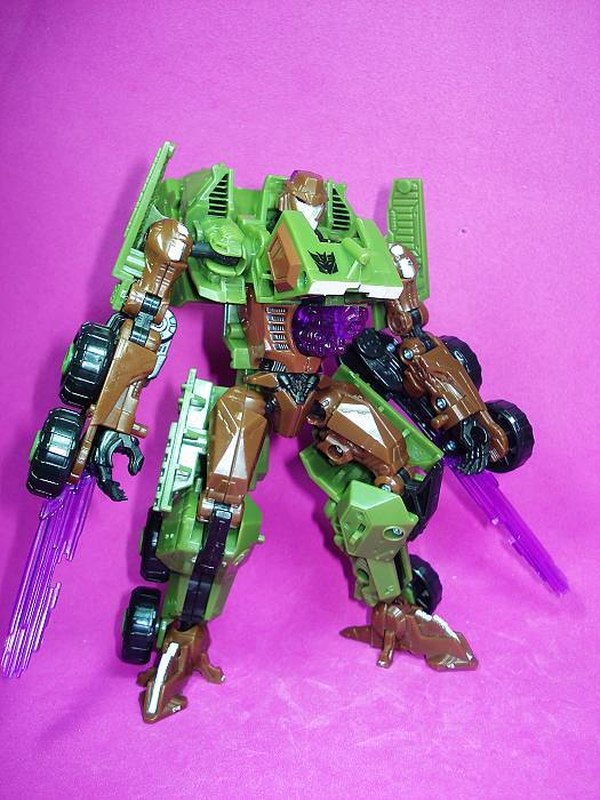 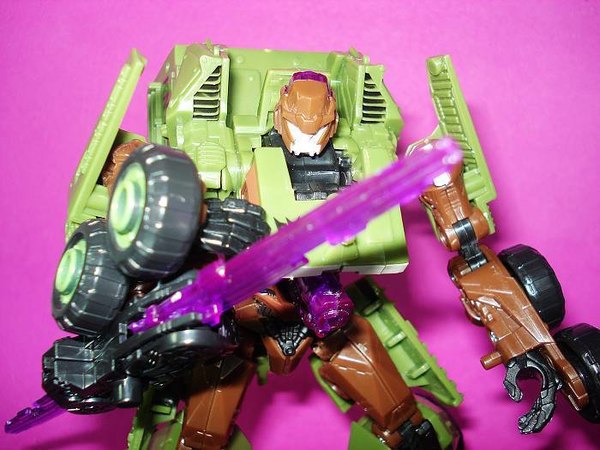 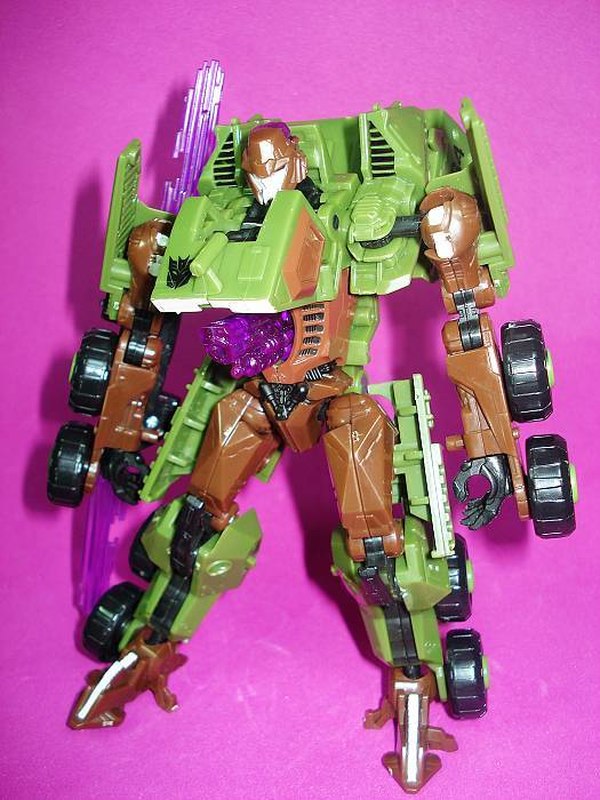 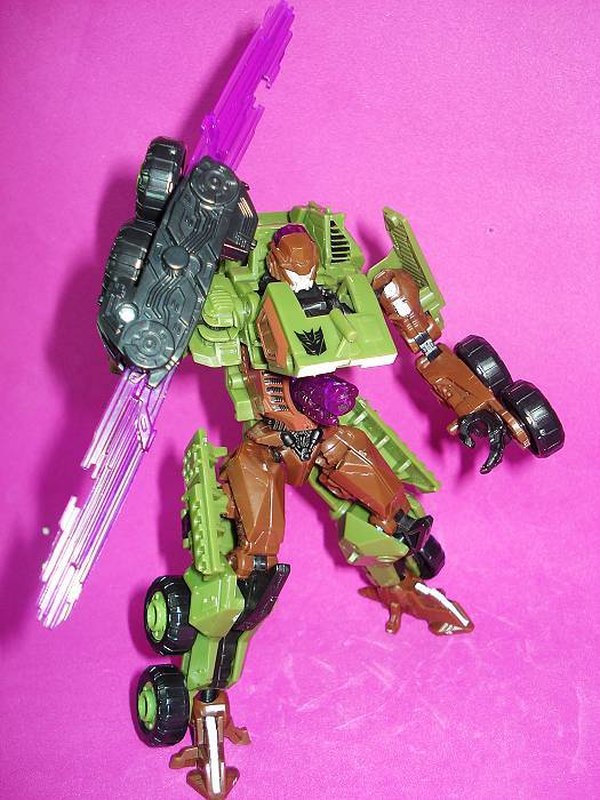 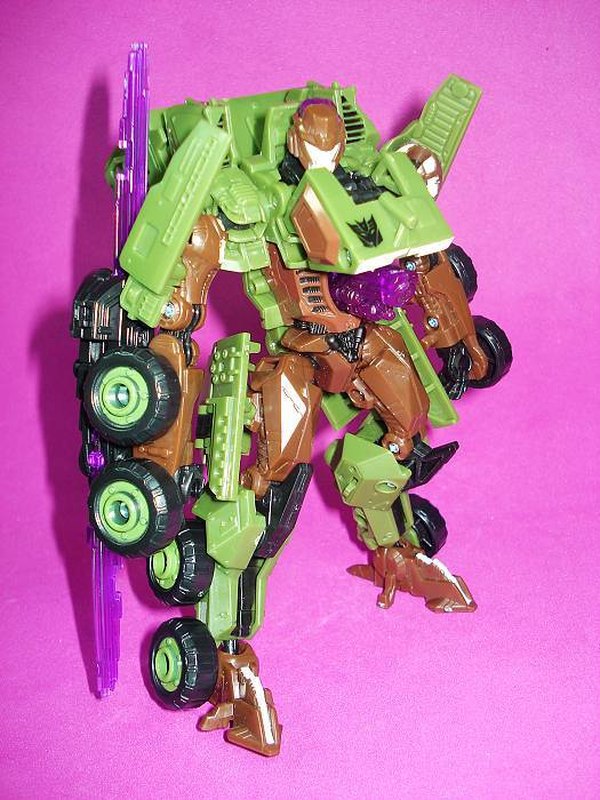 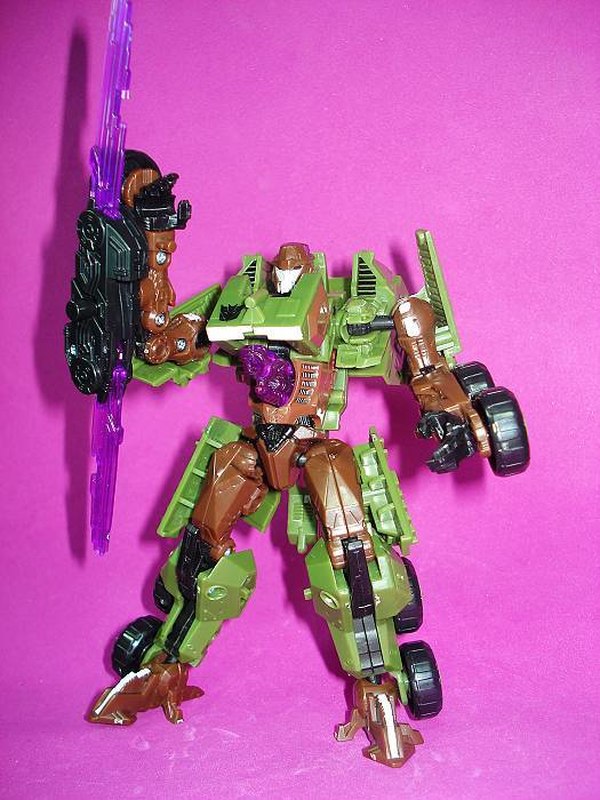 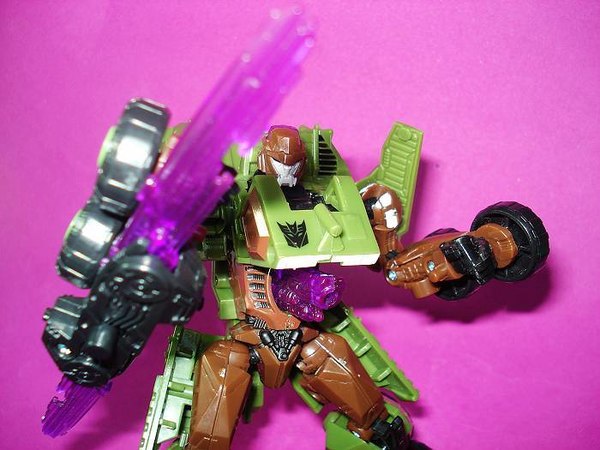 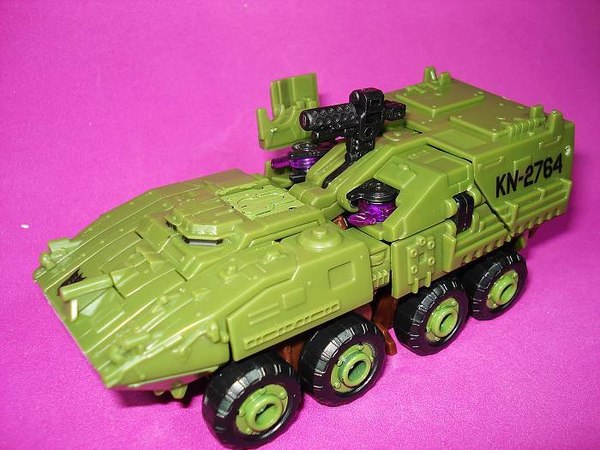 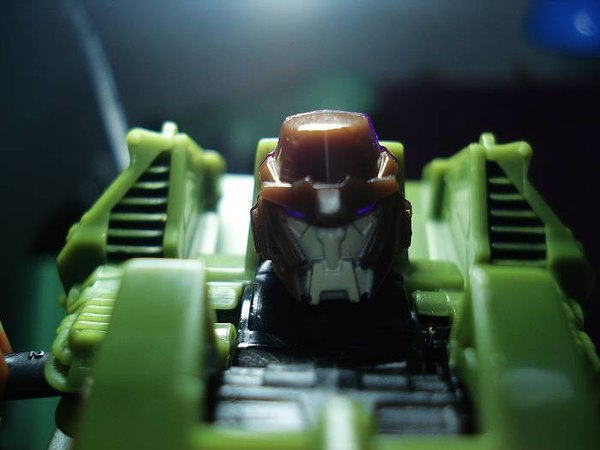 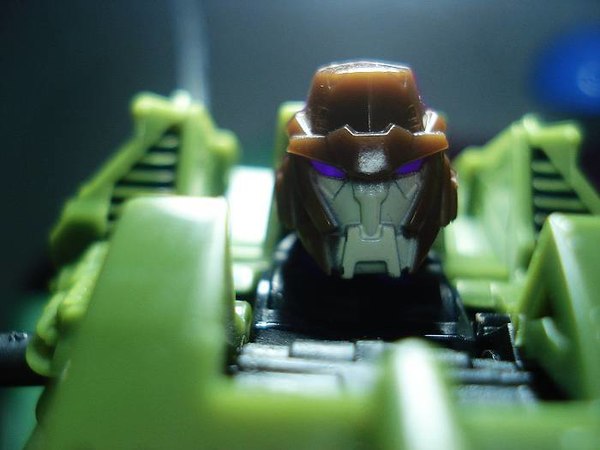 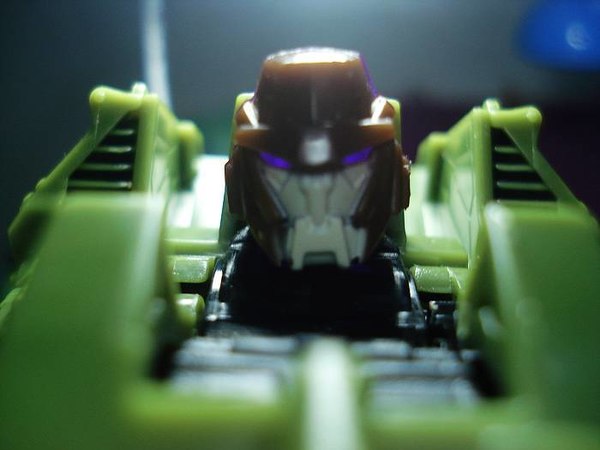 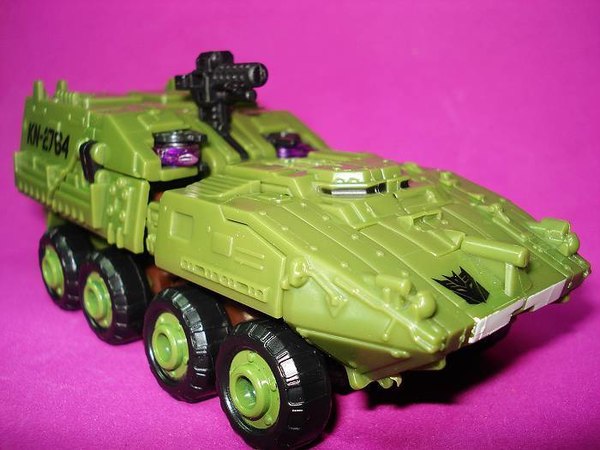 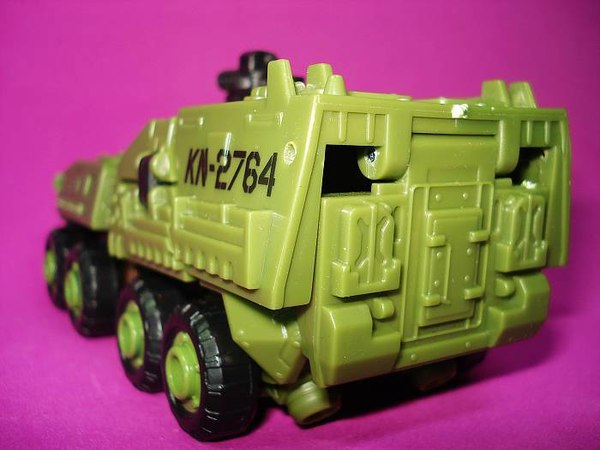 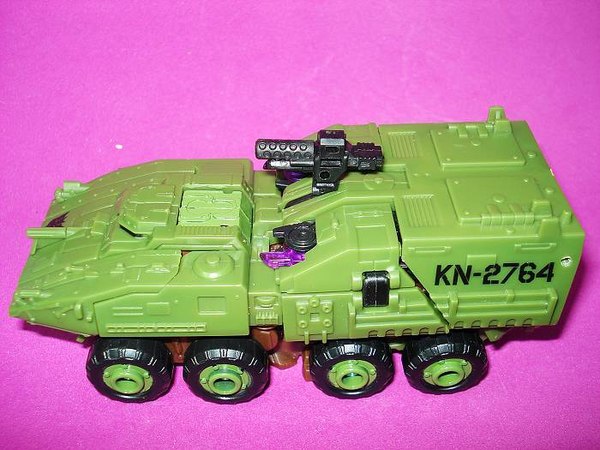 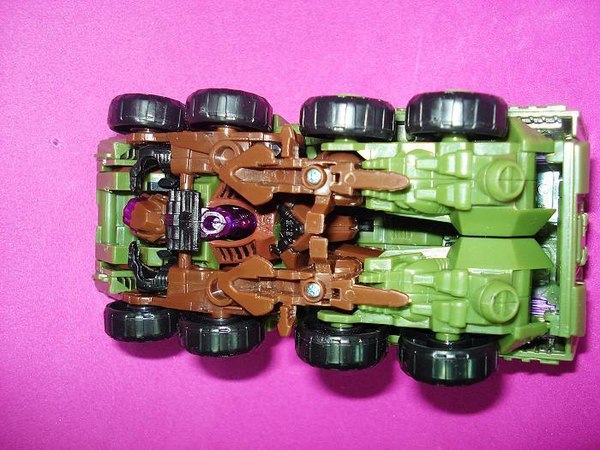 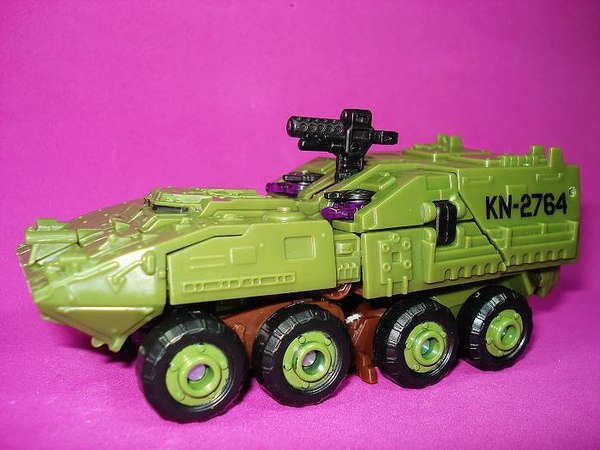 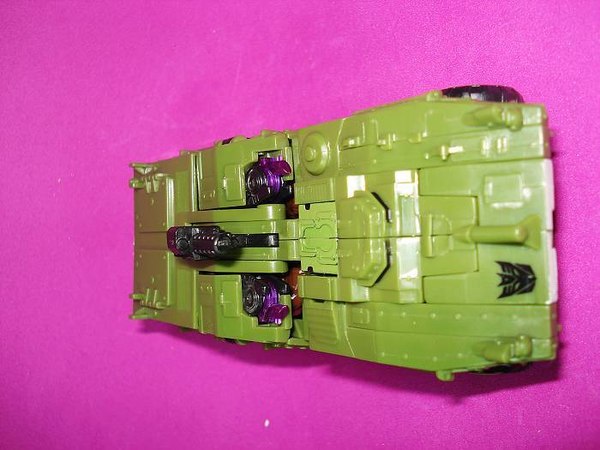