Revenge of the Fallen Devastator In The Package

by timothyVritchey on May 23, 2009
Thanks to magicikki of ACToys who has posted the first looks at the Transformers: Revenge of the Fallen Devastator in the package. This is the jumbo combiner we were first shown at Toy Fair last February. Get a look at the box front with a "Try Me" windows and the back with summary and combiner information.

However, the box shots provides some more confusion as well.

When we first saw the non-transformable Devastator combiner figure at Toy Fair and in Paramount's official announcement sheet, he was Scavenger, but in-box Voyager non-combiner shots of the figure called him Demolisher.

Now it's okay when a character gets one name in toy form but another name in the film (*cough* Brawl), but when even the toy company cannot get the names straight, we have a problem, folks. 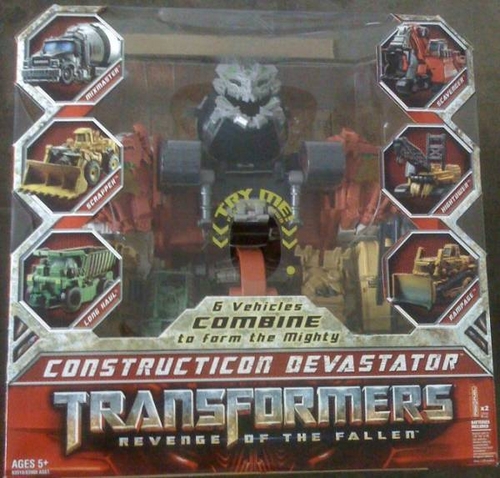 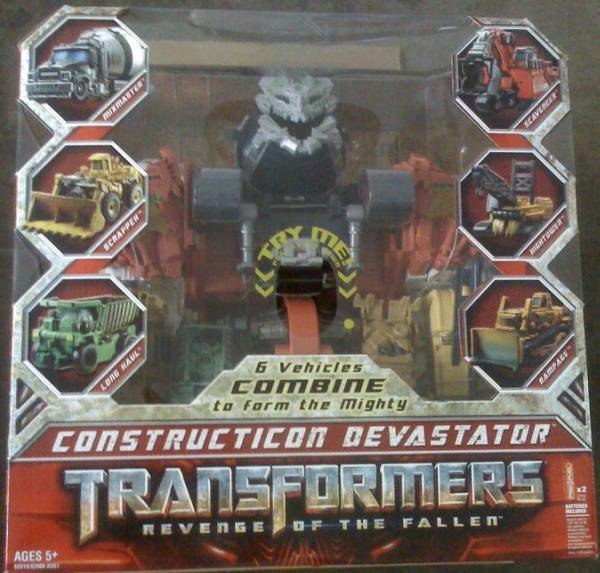 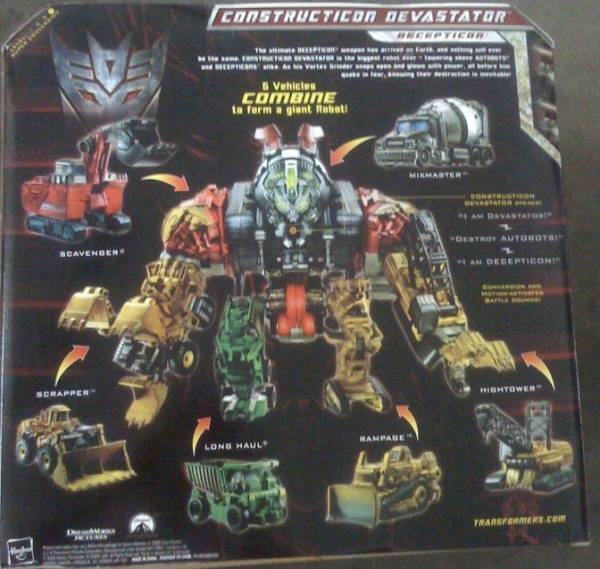