by bwbm on June 26, 2010
We are live at the BotCon 2010 Activision: Transformers in Gaming. We will be giving you a minute-by-minute account of the events going on here, so be sure to tune in! Check out the full report now after the jump. 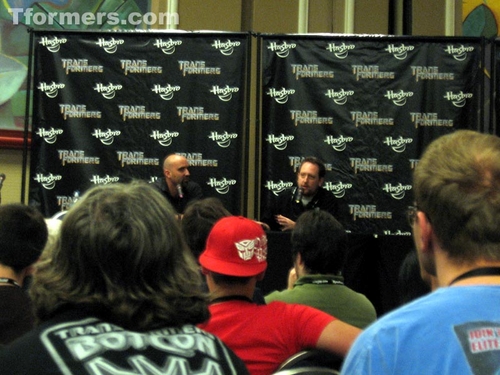 12:09 - They brought a manila folder with Bumblebee, gave an impassioned speech, and from the original to the end, Bumblebee didn't change too much.

12:10 - They collaboratively drew on a whiteboard and worked a lot of things out there.

12:15 - Escalation is the best way to play Transformers: War for Cybertron.

12:18 - Archer reveals that they wanted Ultra Magnus in the game and it always made the list. But Tieg just coulnd't figure out the right way to put him in the game. Archer - "We were trying to rectify the consistency of 'what is the true story?'"

12:19 - They had a summit in Rhode Island who they encountered throughout the brand, including fans from conventions, and laid it all out.

12:20 - The project is ongoing and has so far reached 300 pages. Which was what Mike Fogel referred to in the Transformers: Prime panel.

12:20 - Tieg really wanted to explore Megatron and Starscream and wanted to give a satisfying answer to people who come on board.

12:21 - Tieg - Everytime he signs an Autobot poster, he signs a Decepticon poster. He broke down the levels and made it something that resembles episodes. He found that there's a repetition: evil guys destroys balance, good guy brings balance back.

12:22 - He split that s-curve and split it into two campaigns which became the Decep and Autobot campaign.

Aaron Archer talks about a huge summit that included Simon Furman about compiling everything about the Transformers and it's over 350 pages, he references to it on occasion throughout and said this game helps fill in gaps such as how Starscream meets Megatron.

Tieg talks about how he wanted to do a TF game and how the timing worked out perfectly when he had the concept and he worked really hard on it.

Zeta Prime is referenced as Sentinel in the book and in the game he's Zeta. No specific reason was given why his name was changed.

Tieg - How we write dialogue, great process level designer build level ready for dialogue, we would go over and bring laptop and Dave would type away and we'd play the game with the designer, provide insight as played very rapid and fluid process.

Aaron Archer - That was Hasbro, we thought wed just make Sentinel dead by this time.

T - Everyone can see the love, not ready to announce future titles, the reason why some characters not in game cause didn't have time or didn't have resources, not enough screen time to develop story or mechanics to do justice, only do what you can really succeed at in a game then overstep yourself Triplechangers work differently mechanically then regular changers.

Bumblebee vehicle has Tron wheels, any other homages or nods?

T - Unreal is great at glows and BB was designed before Tron came back, (no clear color distinctions between purple and red one way or the other)?? and we used colors to distinguish friend from foe

We wanted sleek and dynamic, BB is the sexiest Volkswagen Bug i could make, cons are very beefy muscle cars

What other gaming influences?

T - If something is done well I don't need to redo it, control scheme is similar to Gears of War, no reason to remake controls, they are great, he has transformations to worry about. Call of Duty level up system, Team fortress in class base system, I stole things left right and center from the best games out there

T - Unreal engine very powerful that does not port to the Wii, its not really possible, worked with Activision and Hasbro for all the character designs and story, we gave the content but we don't have the ability to make a Wii game so we had someone else do it

AA - Hasbro wants all bases covered, its a different demographic, style of play that the Wii delivers, Hasbro didn't want a stripped down version of WFC

AA - we are considering, this game presents opportunity, we are talking with Activision about future, please buy the game to support it.

Was Barricade based on movie, micron or new?

T - Focused on his face, he has some movie elements, early character to develop, we got really good at designing characters towards the end, Barricade was early and id like to redo him, with games the hardest part is knowing what choices to make, not so much just doing it. Games take a long time and a lot of people so while were developing shotguns, vehicle physics, levels, juggling loved to go back and take a look at him some movie in him for sure

AA - collapsing of the brands to have characters from continuity in one thing, retelling

T - I worry about the gameplay, I need tanks, what tanks? What tanks jets can we put in?

I haven't played yet, got DS version. why is Hot Rod named Hot Shot

AA - I don't remember, story of Rodimus is still being worked on at Hasbro.

Character codes for your version?

AA - No answer there, if a licensee comes in first, if the interest is there

If you plan a sequel, will Ultra Magnus be in it?

T - Hasbro keeps asking me, my job is to listen to fans, Hasbro, and gamers about what people want and I filter that by what's achievable and what makes sense for story. I can't say yes or no but as we move forward we will put what's right for the game in the game.

I know the 10 most wanted, Dinobots, Contructicons, etc.

What are the sales?

T - We don't get sales data until a month after

AA - I don't know, but along with that compiled book of Transformers we've been putting together, BW exists again

T - peter Cullen (everyone cheered), investigated originals but they sound older and this game takes place before G1 so it didn't fit. They went through all kinds of cartoon, video game voice actors, the guy who was slated to do Breakdown turned out to not be right and he was down for all the lines, instead he got the part to do the introductory sequence and sounded just like the announcer/narrator guy from G1 and Breakdown was recast.

Any possibility of DLC for further customization such as more Decepticon leaders or Autobot soldiers?

T - Not really ready to say anything yet

T - I can't talk about anything like that right now, but we have a great relationship right now with mutual respect, its a relationship i think that will continue for quite a while

AA - I came in to the designers who had more then half of the rest of their year planned out with an opportunity, this game has a real chance to do what we want to do from a story perspective and it'd be foolish not to capitalize on it. The four we did, It makes sense to do Bumblebee and Soundwave, and they were designed in half the time a normal figure warrants. There is certainly the possibility of more WFC figs down the line as we move along. If you have any favorites let us know.

(lots of Starscreams from audience) Starscream is at the top of the list.
2 Image(s) - Click to Enlarge 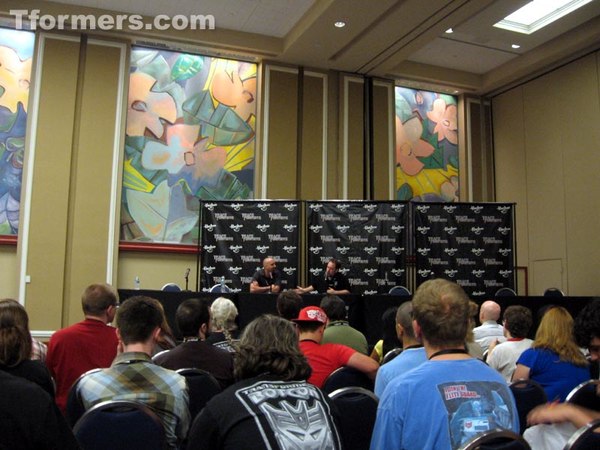 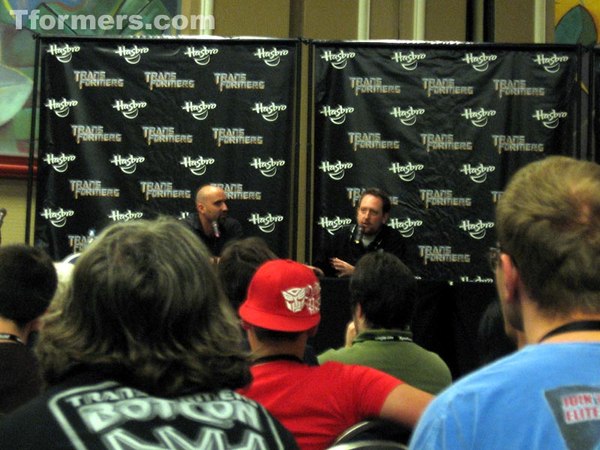 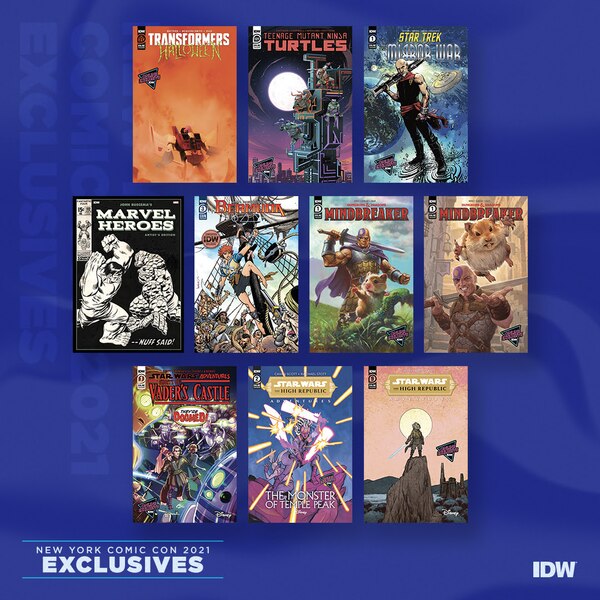