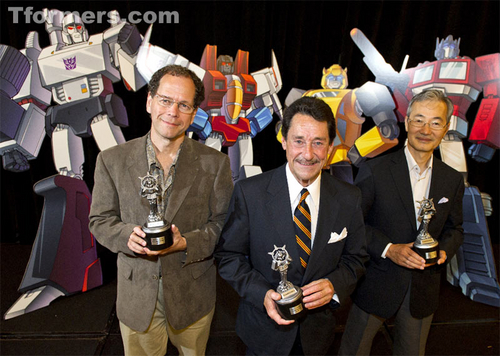 Hasbro inducted four individuals into the TRANSFORMERS Hall of Fame who helped shape the global entertainment brand that has spawned popular action figures, comic book series, multiple animated series, video games and two blockbuster live action movies. The inductees, who were in attendance at the ceremony, are:

Peter Cullen: Mr. Cullen is a voice actor best known for providing the English voice for the wise and heroic AUTOBOT leader OPTIMUS PRIME in the popular 1980s cartoon series “The TRANSFORMERS” and in the 1986 animated film “The TRANSFORMERS: The Movie”. He reprised the role again in 2007 and 2009 in the live action TRANSFORMERS movies, and will return for the third installment slated for 2011. Additionally, he has provided the voice of five other TRANSFORMERS robots during his career.

Kohjin Ohno: Mr. Ohno started his career at TAKARA TOMY, working on the design of the Microman and Diaclone toy lines, which would later become one of the inspirations for the TRANSFORMERS toy line. Mr. Ohno created SUNSTREAKER, which is considered the first “car to robot transforming toy”. He was also instrumental in the introduction of Beast Wars TRANSFORMERS for the Japanese market. He helped design toys for both live action TRANSFORMERS movies. He takes great pride in being the person who designed the largest TRANSFORMERS toy from Generation 1: FORTRESS MAXIMUS.

Hideaki Yoke: While working at TAKARA TOMY, Mr. Yoke invented the Micro-Robot segment within the MICRONAUTS toy line, which featured the engineering innovation of transformation in action figures that were no more than 3 to 4 inches tall. TRANSFORMERS characters MEGATRON, SOUNDWAVE and RAVAGE can trace their origins to Mr. Yoke’s efforts. He acted as liaison between TAKARA TOMY and Hasbro during the early years of their business relationship. 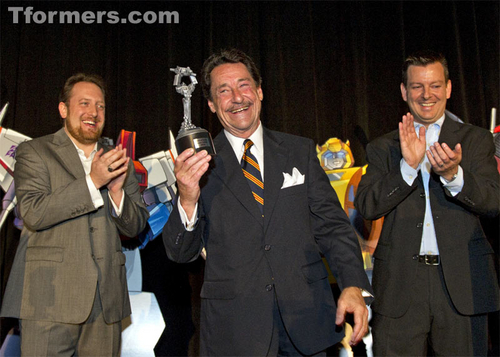 This year’s BotCon features — for the first time ever — an interactive experience celebrating the launch of the global “HUNT FOR THE DECEPTICONS” online gaming promotion. In this experience, convention attendees can help the heroic AUTOBOTS locate and thwart the menacing DECEPTICONS. BotCon 2010 is the only place fans can partake in this physical interpretation of the online gaming experience.

The convention is being held at the Walt Disney World Dolphin Resort in Buena Vista, Florida.

Hasbro, Inc. (NYSE:HAS) is a worldwide leader in children’s and family leisure time products and services with a rich portfolio of brands and entertainment properties that provides some of the highest quality and most recognizable play and recreational experiences in the world. As a brand-driven, consumer-focused global company, Hasbro brings to market a range of toys, games and licensed products, from traditional to high-tech and digital, under such powerful brand names as TRANSFORMERS, PLAYSKOOL, TONKA, MILTON BRADLEY, PARKER BROTHERS, CRANIUM and WIZARDS OF THE COAST. Come see how we inspire play through our brands at https://www.hasbro.com.
2 Image(s) - Click to Enlarge 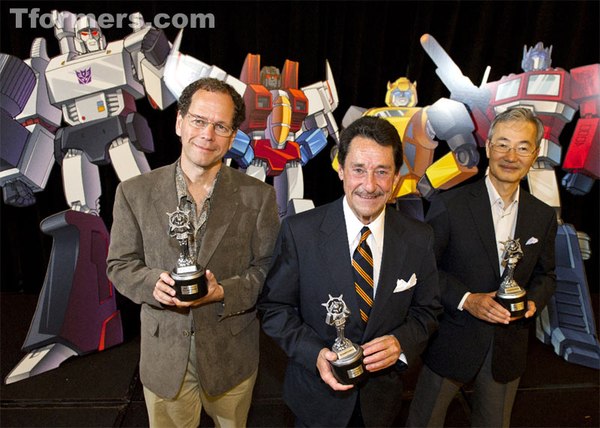 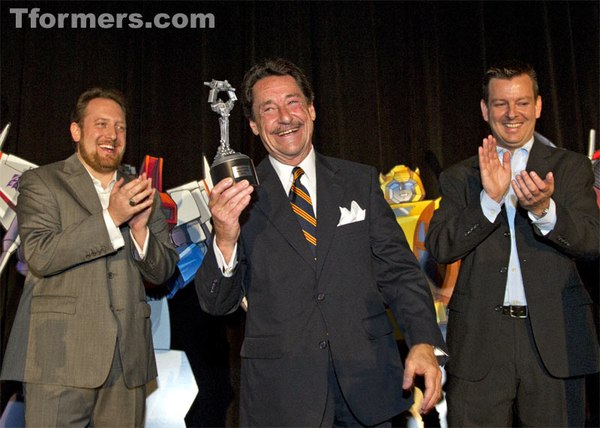