by bwbm on August 1, 2010
While we got a lot of news during Transformers CybertronCon China, but during BotCon 2010 and even during the initial images of Hasbro's Spring 2011 figures, we never knew what the line would possibly be called until now: Reveal the Shield. 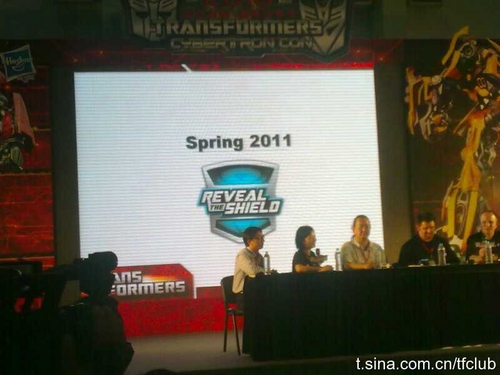 In a report of the convention by TFClub's Sinotron, an image of a slide that prefaces the Spring 2011 product, including new Generation 1 Legends, Deluxes, and Voyagers, we see the name "Reveal the Shield."

The report also states that it will be next year's product line. 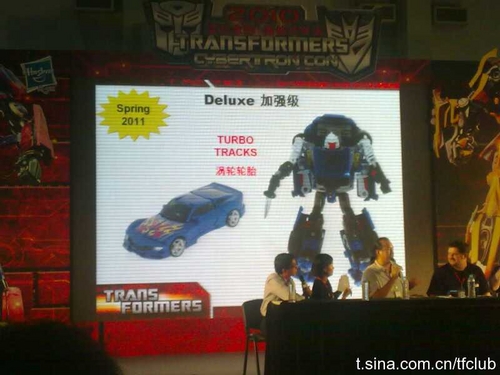 Tracks is part of the "Reveal the Shield" line

Oddly enough, this is a step away from what Hasbro told us during Toy Fair 2010: that they are attempting to move from the multiple subline brands to help retailers simplify their branding and removing the need to choose which line to give more shelf-space.

If Reveal the Shield indeed does come about, and Transformers 3 product debuting within months of the line, this could re-introduce this retail dilemma, or simply push these figures out of view.

Hopefully that will not happen.
1 Image(s) - Click to Enlarge 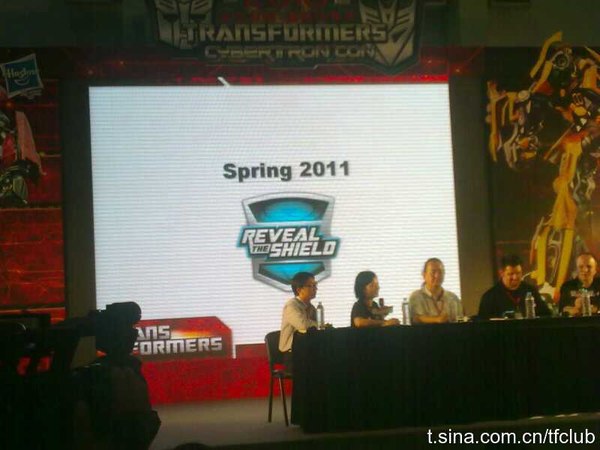 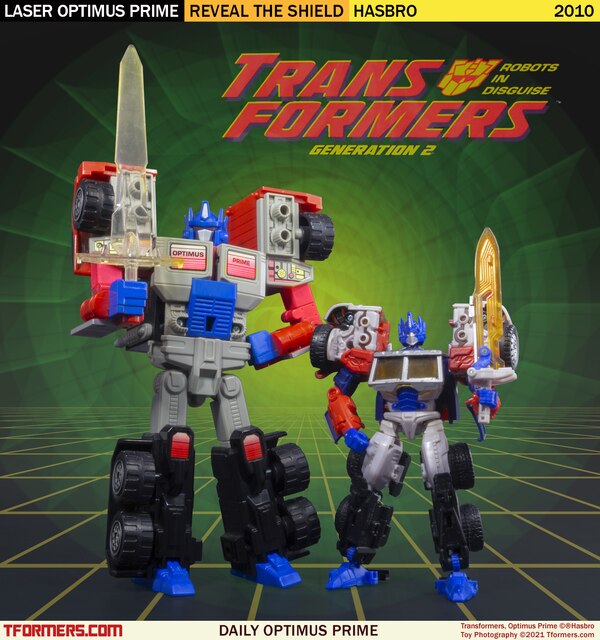