If you are going to the Official TransFormers Collectors Convention, the organizers panel is one of the sessions you do not want to miss. Its the first place we all go to hear about what's in store for next year. This year's panel was hosted by OTFCC organizer Glen Hallit and OTFCC comic artist Dan Khanna and was literally jammed packed with with news and information about future OTFCC news and events. Glen Hallit is taking it up a notch with his Convention and fan club efforts. This is big news for Transformers fans everywhere.

The panel began with Glen Hallit addressing the public debate that has been going around ever since the 3H break-up in late 2002. Hallit explained that his disappointment with the results of the 2002 convention inspired him to do something about it and made a commitment to do more. Unfortunately, the ideas he had didn't echo with the 3H partners and it was decided that he and the Hartman's would go their separate ways.

Glen also explained that the last year has been very difficult for him personally. With the birth of daughter, a divorce and being mis-diagnosed with cancer he had a lot to deal with on top of all the backlash from the 3H split. It was "this darn convention" that Glen said kept his spirits up and the will to continue with the convention. He's like a man of steel!

The great news is there is a lot in store for next year's convention that will be held again at the O'Hare Hayatt in Chicago. Big plans are being made to celebrate the 20th anniversary. Next year's con will be three (3) full days of events beginning on Friday morning instead of the just having the formal dinner in the evening. That's like 33% more show right there and a much better pre-cursor for the popular dinner that will be more causal next year.

As a matter of fact, the dinner is going to be something else altogether with what was being called a "Who Shot Optimus Prime" themed event that would involve a troop of actors and direct participation of the dinner attendees. Guests will work in small groups to solve a mystery with a special prize being awarded to the team that identifies the killer. A very interesting idea. I'll be there for sure.

Another feature announced for next year is a special display area that will be set up to show off the many ideas rejected for past BotCon and OTFCC exclusives over the last 10 years. Hallit explained they are planning to have clear display cases set up in the hotel where fans could see all the crazy things that never made it into the fan's sweaty little palms.

The BIG surprise was the unveiling of the 2004 hotel exclusive toy. Glen pulled out a dark version of the Armada Megatron mold repainted in black, dark purple and gold. The new character is names MegaZarak, I will assume he is also part of the Transformers Universe. The name is still going through the Trademark stuff, but should be ok.

Toping the news about next's convention was the plans to get Bob Budinski as a guest. The audience cheered when he told us. Glen went on to describe a few other items that are in the works for 2004 including more multi-packaged toys like the Heroes of Cybertron Seekers set. He made mention that re-molds are a definite possibility. There are also efforts to have a Palisades statue for the next dinner exclusive and much more items we should all be impressed with.

Those of you, like myself, on the West Coast will be overjoyed to hear that future OTFCC event be held all around the country. Four sites were named that would be regular locations of the convention. They include: Chicago, Baltimore, Orlando and Los Angeles. Next year's convention will be held in the Chicago Hyatt again. Los Angles is planned for 2005 (movie time) with Baltimore and Orlando following but he did not specify where when.

The fan club is gonna be swell. Besides the Skywarp Mega PVC that people get, there will be a quarterly fan magazine as well as more Mega PVCs that Hasbro has given 3H the rights to reproduce just for the fan club. Glen also mentioned that the one day event would be fan club related and that there would be exclusives available at them both in equal amounts so fans who didn't go to both won't feel cheated. OTFCC will also provide a limited number of toys for sale on the site for those who cannot make it at all. See! They are listen to you guys who cannot make it to the shows and doing something about it. Hopefully there won't be too many accommodations like this or no one will go to the conventions.

Next there was talk about this years convention and some of the flub-ups that occurred. Glen Hallit was deeply apologetic and took the blame for all the mishaps this year. When asked about the T-shirts, it was explained that Hasbro did not approve the final design for the one's they had created and a last minute substitute had to be used. In place of the original show issue was a shirt depicting Generation 1 Optimus and Megatron by Dreamwave. Without much time, they didnt' have an opportuntiy to add the OTFCC logo on there. Glen informed us that the dinner plates would be shipping soon and that they had made provisions to allow the fans to buy a second plate to compete the set. Yay! One young boy with his father asked if they could have one of each shipped so they would get a complete set. Hallit was reluctant at first but then promised he would make it happen.

Overall is was a very warm and friendly panel. I sincerely got the feeling that OTFCC was just getting started, that we can expect more and bigger things to come. What I was most impressed with was the energy and enthusiasm that Glen Hallit put out for the crowd. For a guy who's dealt with some serious crap this year, he was so positive and upbeat it one could not help but get excited about next year's shows. I know I am.

Check out the complete OTFCC Panel gallery for more images of the panel and the MegaZarak toy HERE. 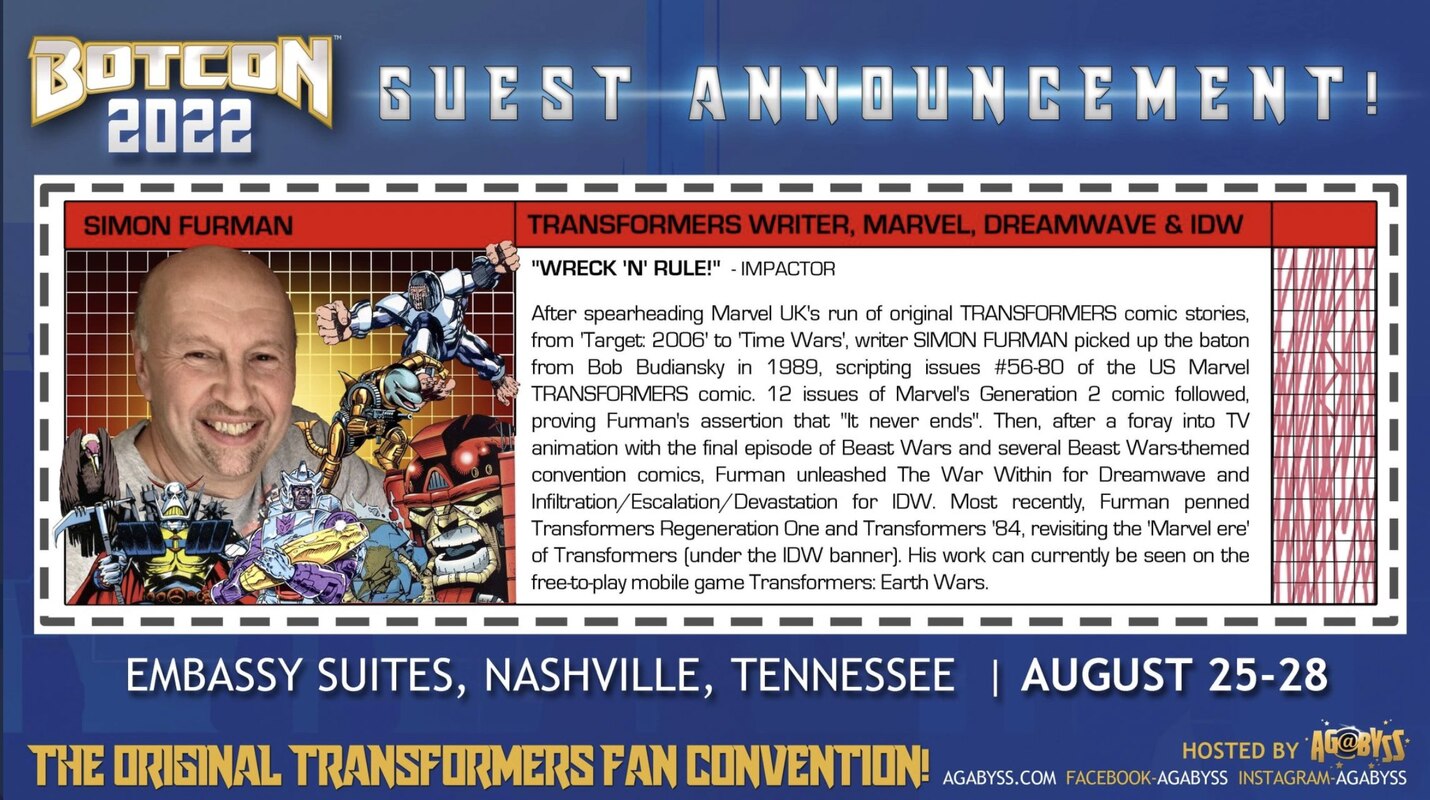