So we've looked at the three basic forms that toy articulation takes: hinges, swivels, and ball joints. But there's one last feature that pops up frequently on Transformers: ratchets. That pleasant clicking sound. The satisfying resistance when you tug on a hip or an elbow. The ability to hold the weight of a weapon or for larger toys to hold poses. How is that accomplished? And what are the pros and cons for the ratchets on our `Bots and `Cons? Keep reading to find out!

Here's the first thing to consider: the joints which we commonly refer to as ratchets or ratcheting joints are not really ratchets. At least, not quite. A ratchet refers to a specific type of toothed joint which allows rotation in one direction only. In toy terms, a true ratchet of the kind you see on a socket wrench set would be a specialized swivel - and since there's no going back the ability to turn a full circle is kind of necessary for a ratchet to have any real purpose. The two-way joints we think of as ratchets can be swivels or hinges depending on their purpose. 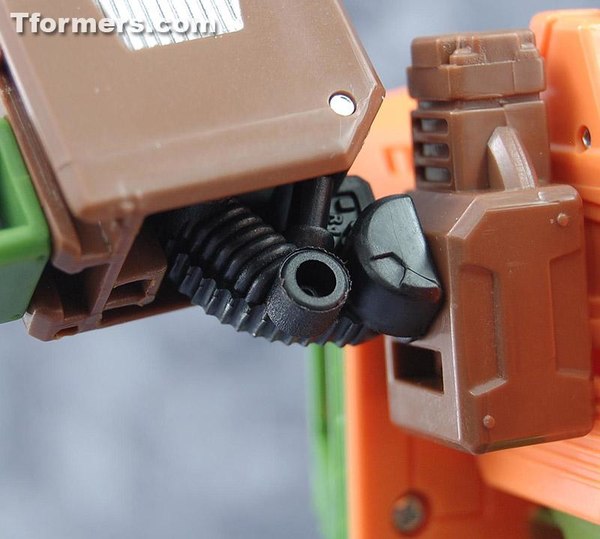 What toy ratchets have in common with true ratchets, as seen here in Generations Roadbuster's ratcheting shoulders, is teeth. Besides making cool clicky noises, the point of a ratcheting joint is to provide controlled friction in the form of a braking function to allow the part to bear weight. While true ratchets go a step further and stop a joint from moving backwards, toy ratchets exist to hopefully require a conscious effort in order to move from one position to the next. 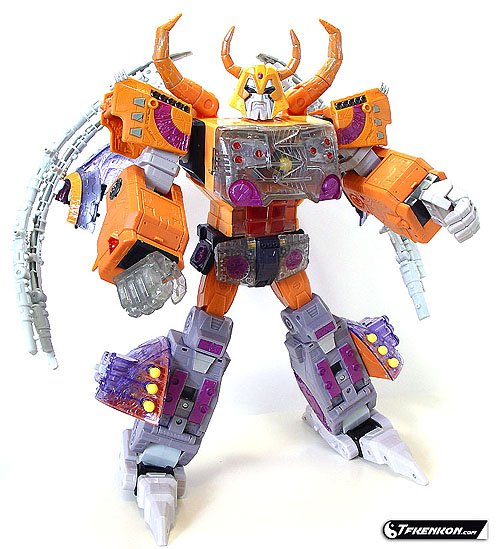 There's a few ways to achieve the ratcheting effect on a toy. Classical toy ratchets, like the kind used in Armada Unicron, involve a springloaded locking mechanism (called the pawl in a proper ratchet) keeping things in place. Moving the parts temporarily pushes back against the pawl, which springs back afterwards to put tension on the joint again. Where these joints can be a serious hassle - and this is far more common on vintage toys than modern ones - is that metal springs get old. They can corrode, break, get pushed out of place, or just plain wear out from overuse and lose their elasticity. At which point the joint loses all tension and becomes floppy and useless. The upshot to this is that if you're handy with a screwdriver and can find a similarly-sized spring the joint will be as good as new, because little to no wear has likely been caused to the plastic parts. 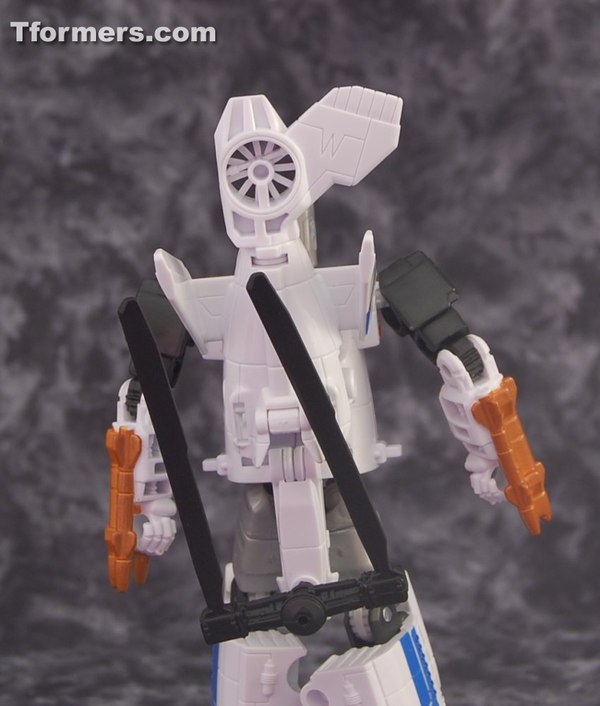 As with the fake pin in a two-part plastic hinge joint, there's also a cheaper solution: teeth on one part of a joint that correspond to a ridge on another, using nothing but plastic-on-plastic tension. As with all such joints, this is very vulnerable to erosion from constant use. Some figures even do all of those things at once: a hinge joint which stays in place via plastic bumps instead of a pin, and relies on the friction of teeth to maintain pose. Generations Alpha Bravo is one such mold. If molding or plastic tolerances are off you can end up with a floppy forearm, or one that pushes itself out of its socket a lot, but Hasbro and Takara have it down to a reasonably reliable science these days. 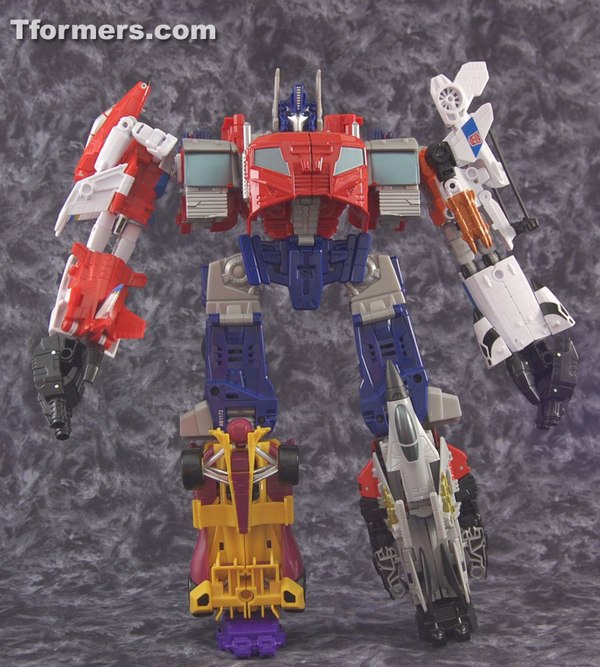 The other thing about a ratcheting joint of either type is that the teeth simultaneously help it hold a pose and limit joint to a number of positions that it can hold. Most recently and infamously, the ratchets in Combiner Wars Optimus Prime and Motormaster had the teeth at angles which made the combiners Ultra Prime and Menasor difficult to stand up at all. Both Hasbro and third-party upgrade kits addressed the problem: on the Hasbro side, a running change repositioned the existing number of teeth to put the legs at better angles. Third Parties went fancy, of course, and made a gear with finer teeth for more posing options.

A tremendous amount of art, science, and other hard work goes into the creation of every action figure. Sometimes it all works perfectly and that effort is apparent; sometimes it all goes wrong and it's harder to see. But regardless of where a figure falls on that scale, no matter how complex or simple, the basic principles remain the same. If it's an action figure, it moves. And the ways we achieve that movement are time-tested themes for designers to create new variations on. 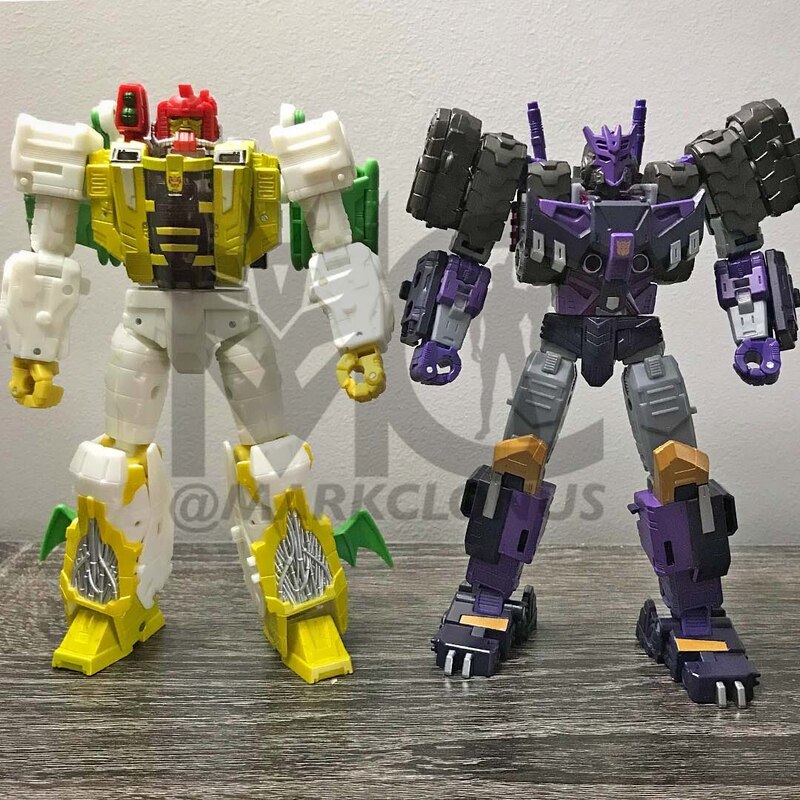 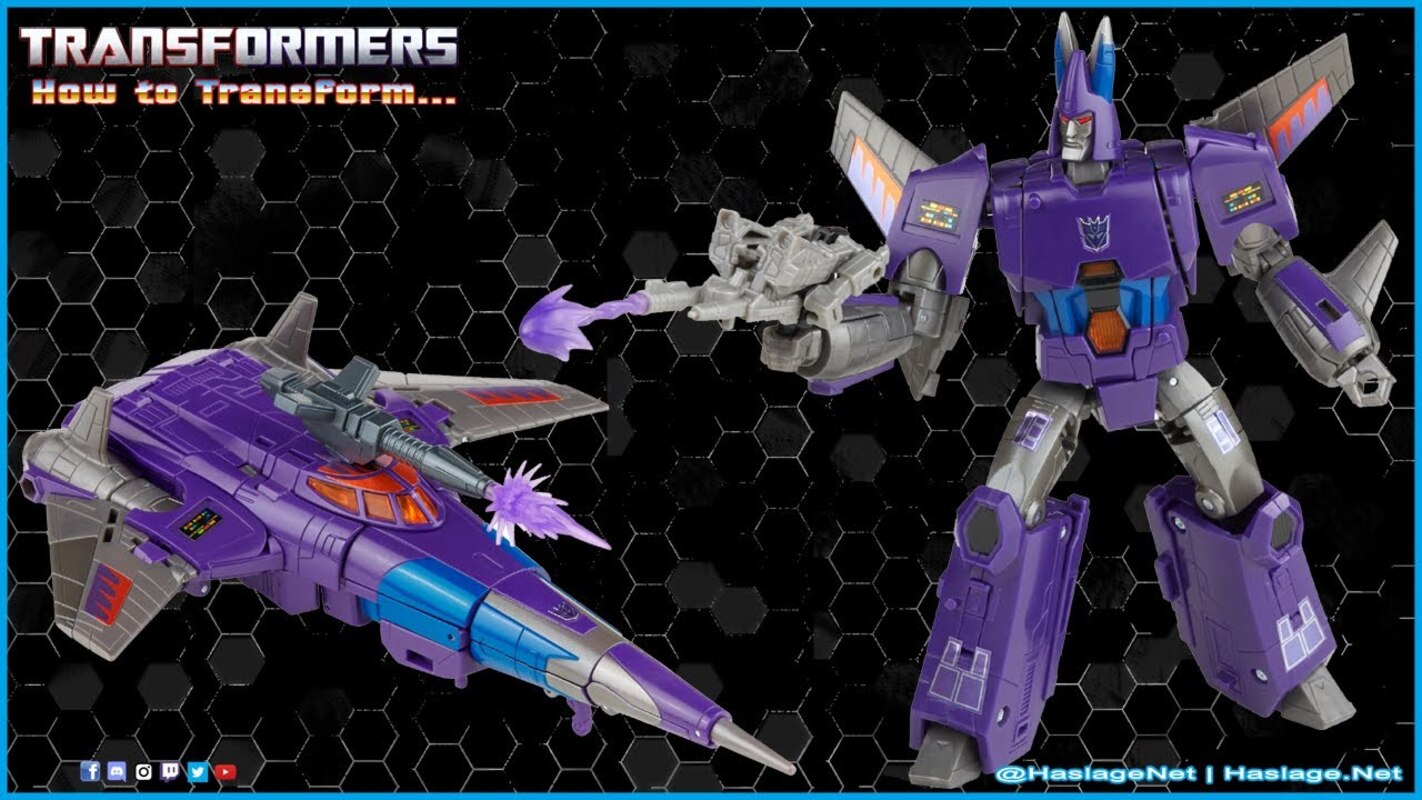 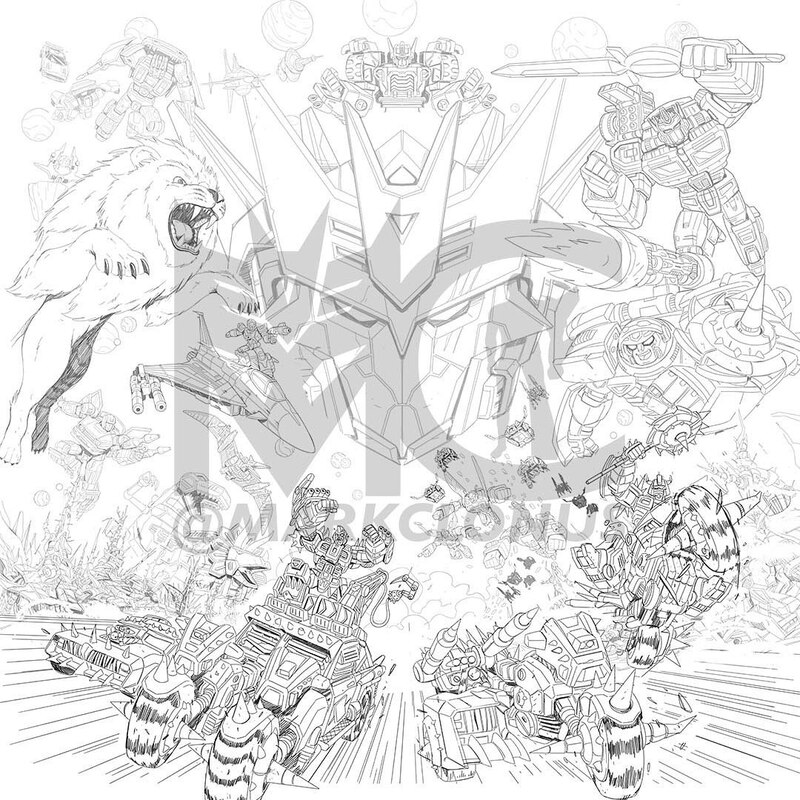 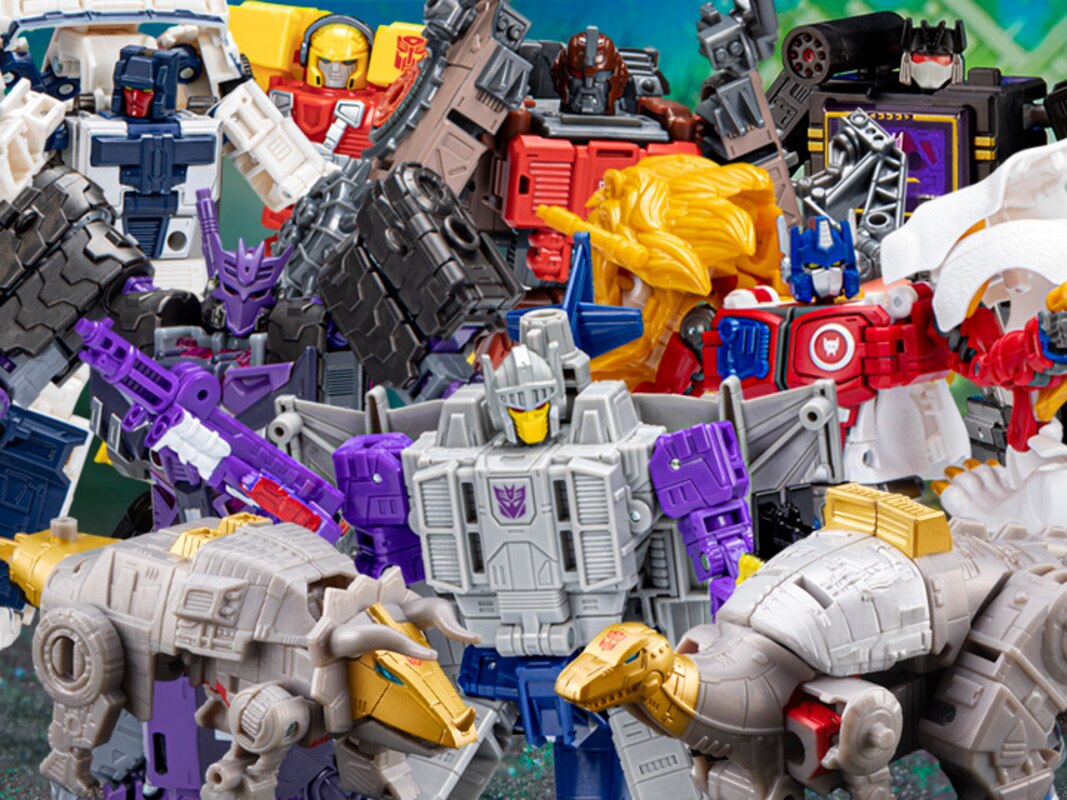 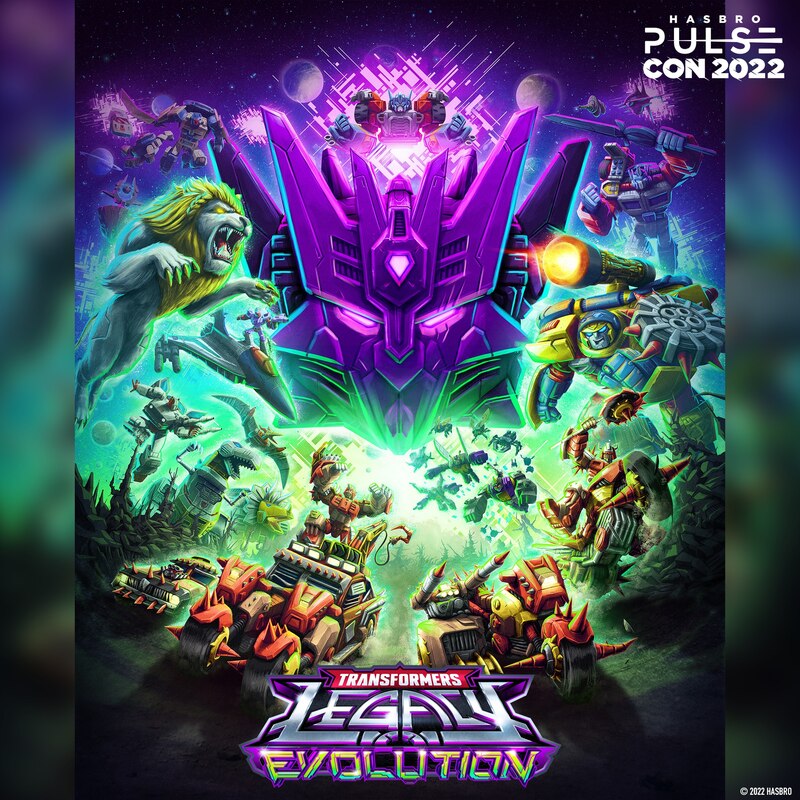