Imagine scouring the galaxy for bounties with the Nerf LMTD Star Wars Boba Fett's EE-3 blaster, which is meticulously detailed to capture the look of the blaster seen in The Book of Boba Fett live-action TV series on Disney Plus. 10 new figures are here with the Poxxus wave of Mythic Legions featuring two factions. From the "Transformers" series comes a Nendoroid of the Decepticon leader Megatron! Valaverse's original military-style figure line Action Force continues with a new wave of figures! McFarlane's DC Multiverse continues with figures from The Batman and Batman: The Dark Knight Returns. From Dragon Quest VI: Realms of Revelation, Terry, a traveling swordsman, makes his appearance as a Bring Arts figure! In cooperation with League of Legends, the 3D photo frame of The Bounty Hunter-Miss Fortune is debuted!

This Lady Death 1/12 scale figure comes fully-detailed in vibrant colors, with 24 functional points of articulation, for all those awesome fighting poses. Lady Death features three signature accessories, a removable cape, her devastating Hell Scythe, and the fearsome, Deathbringer sword. The Premium Edition of the Mega Man X model kit uses a special coating that can change color depending on the light. The painting includes vibrant shades of turquoise, blue, purple, and green that resembles the energy charge effect from the games! Threezero's Red Ranger from Mighty Morphin Power Rangers is here with his Dragon Shield armor. Build your skeleton armies, create piles of bones in your dioramas, or just enjoy the functioning figures with more than 20 points of articulation! The BBTS BLood Red Skeleton is here along with two other versions, Menacing Mist and Bone White.

Shop All Pre-orders and New Arrivals Now at BigBadToyStore 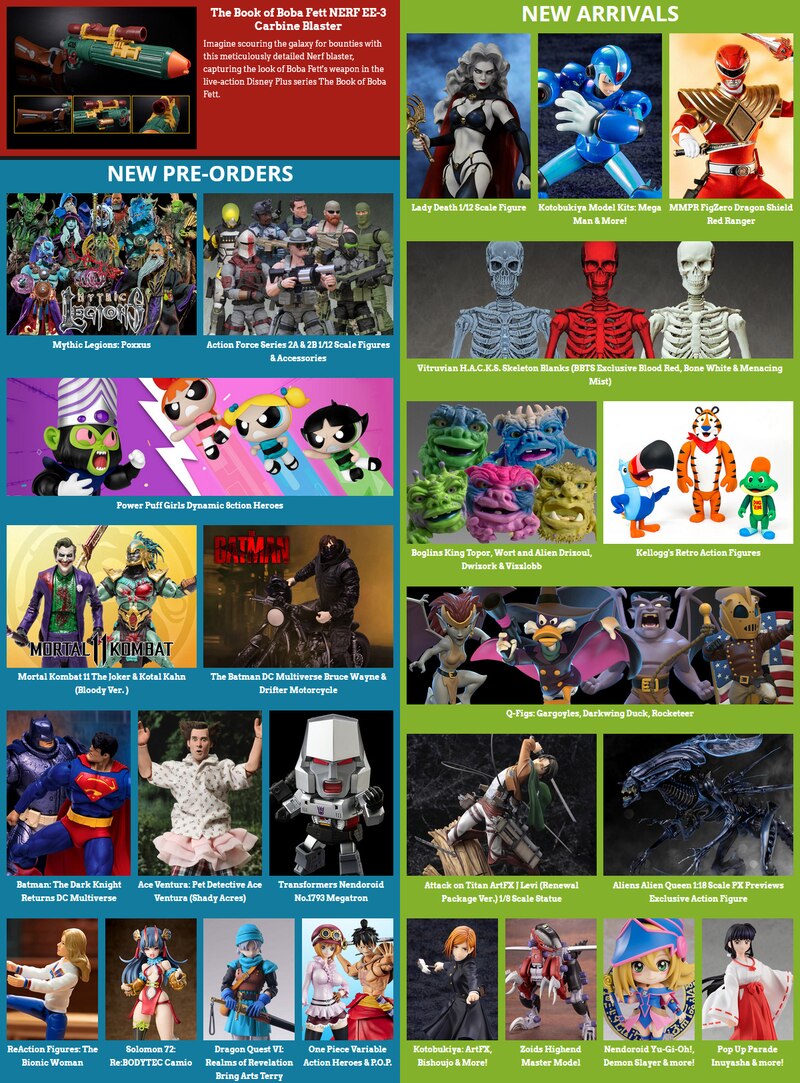