--------------
NEW PRE-ORDERS
--------------
Deadpool and Wolverine rejeoin the MAFEX series in their X-Force uniforms! Super7 is proud to reveal an intergalactic who’s-who of heroes and villains in this fifth wave of ThunderCats ULTIMATES! Bengali, Mirror Lion-O, Hammerhand, and Vultureman are ready for battle with all of their mayhem-making and villain-vanquishing accessories. The latest Valkyrie, launched from Japan, is finally available for the rest world! This special item celebrating the anniversary of the Macross series is a uniquely colored edition of the VF-25 featuring a blue-hued Messiah color scheme. The nemesis and regular villain of Darkwing Duck, 'Negaduck' is a similarly dressed and evil doppelganger of Darkwing and is the literal Negative or opposite of our main hero! Hailing from the world of Negaverse, he is always looking for a crazed way to challenge the heroes of the Disney classic! Blaster has joined the Transformers War for Cybertron: Kingdom lineup in Voyager Class size. New figures from the original Dragon Ball show have joined Bandai's Ichibansho Figure series. Akaza from Demon Slayer: Kimetsu no Yaiba is joining the [BUZZmod.] action figure line! From Back to the Future, Doctor Emmett Brown, the genius inventor of the time machine and one of the greatest movie characters of all time, is ready to test his creation! Featuring the official licensed likeness of actor Christopher Lloyd, this Ultimate Doc Brown 7" scale action figure is based on his hazmat suit appearance in 1985. 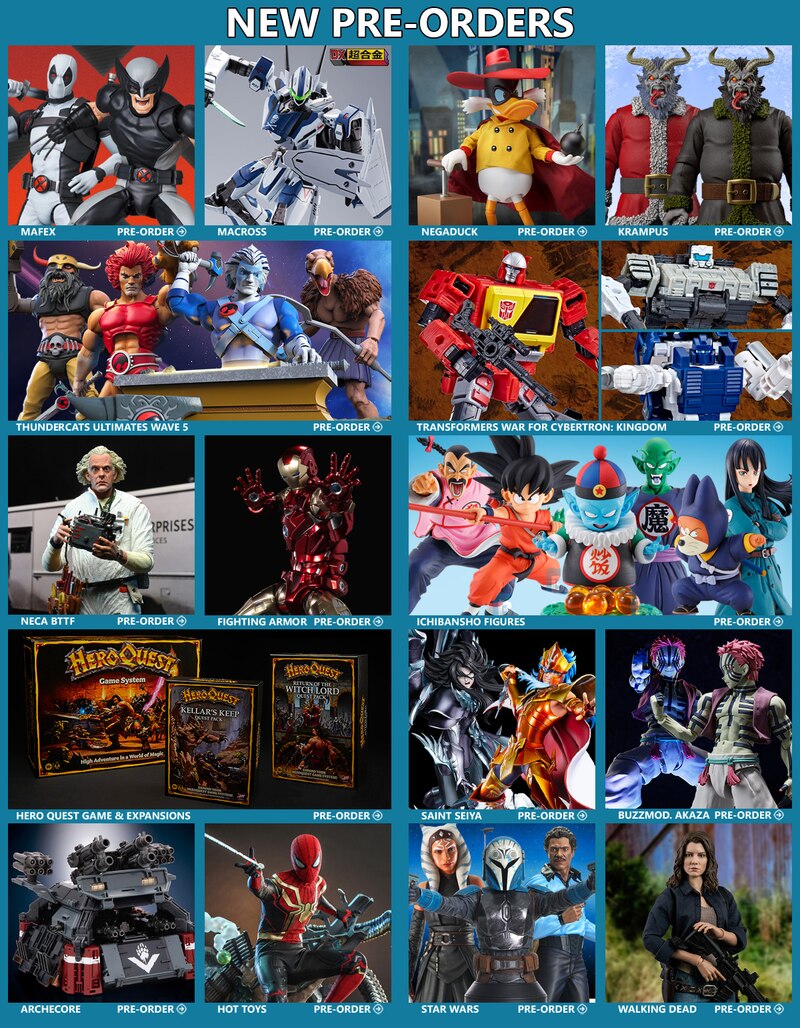 ------------
NEW ARRIVALS
------------
Masters of the Universe: Origins Wave 6 is back in stock with the set and single figures! From the 2004 film Godzilla: Final Wars, the titanic kaiju Gigan rejoins S.H.MonsterArts in a new Great Decisive Battle Version. Featuring the same sculpting and colors, it includes new effect parts! Combine them to re-create "Customized Gigan." The "Bloody Chainsaws" feature rotating blades! These insect inspired samurai figures are a great addition to any collection. Each unique figure is highly detailed and fully articulated with the looks of a beetle mixed with a samurai warrior. The Red Ninja, renegade member of the Arashikage clan, explodes into a larger-than-life era with this new 6-inch scale figure. The Rock and John Cena are here with their Ultimate Edition action figures! 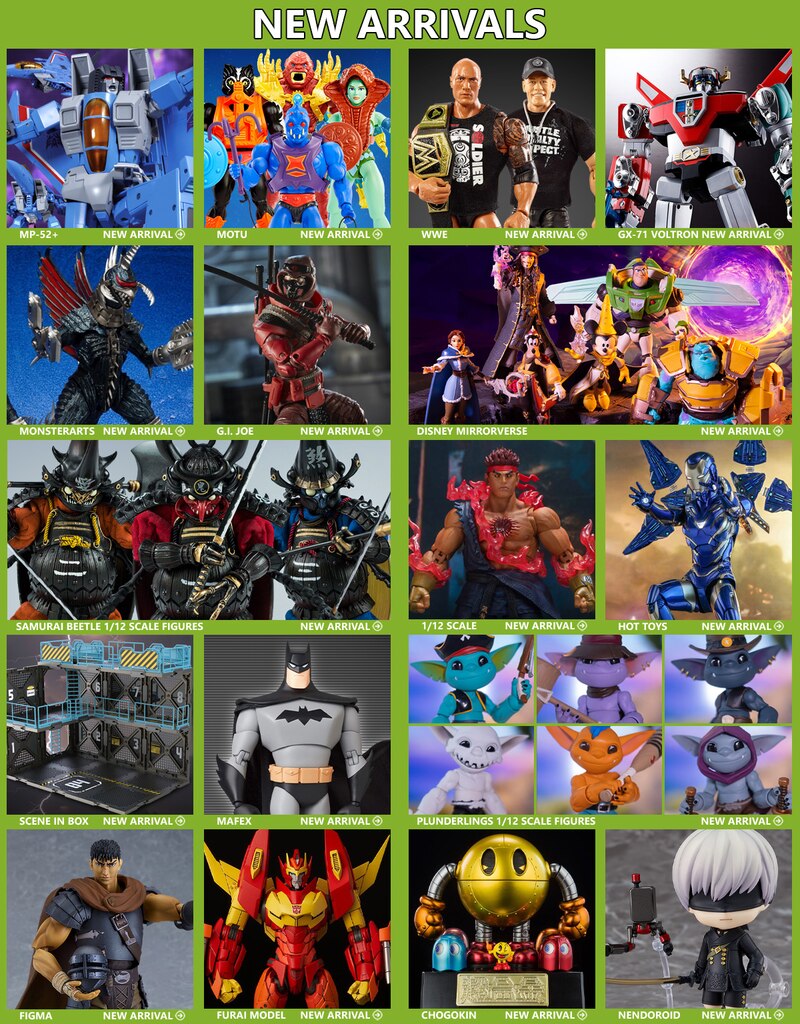