--------------
NEW PRE-ORDERS
--------------
These 3.75-inch-scale Retro Collection figures are detailed to look like the characters from The Mandalorian live-action series on Disney Plus, featuring design and detailing inspired by 1970s Star Wars figures. More of Angel Grove’s most awesome heroes and villains are about to get the ULTIMATES! upgrade! The second wave of Mighty Morphin Power Rangers ULTIMATES! adds two more teenagers with attitude with the Mighty Morphin Pink Ranger and Red Ranger, along with the mighty Dragonzord, the diabolical villain empress Rita Repulsa, and her magical minion King Sphinx! The Furai model kit series brings G.I. Joe character Storm Shadow and his Arashikage Cycle to the line! From the classic movies Gremlins and Gremlins 2: The New Batch! NECA is bringing back some fan favorites long out of production plus adding a brand-new character. Fresh Monkey Fiction has brought back and reimagined Eagle Force, the beloved modern military action figure line from the 1980's. Takara Tomy's new Masterpiece G series features the trainbots made popular in the TV anime Transformers: The Headmasters. The first in the line is Shouki, a triple-changer that can transform from robot, to train engine, to combiner mode, and back again. From the exciting 2D action shooting game Cuphead comes the main character as an action figure from 1000Toys! 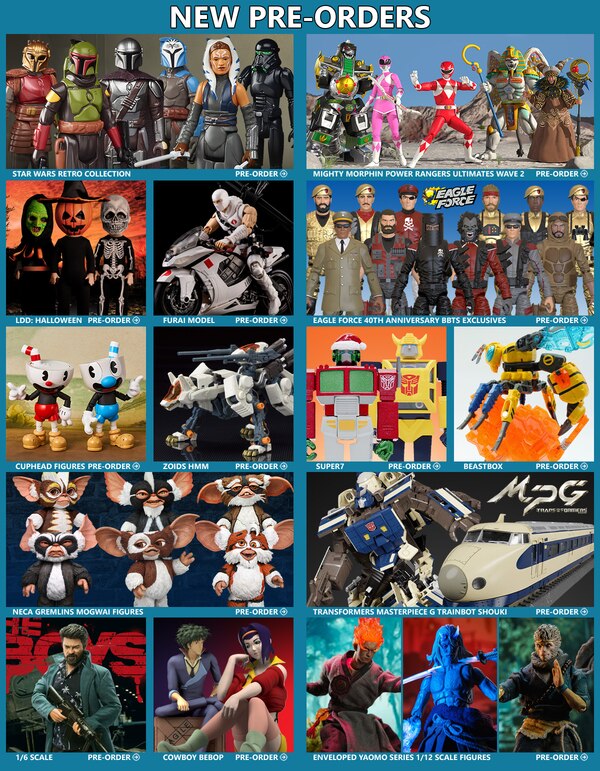 ------------
NEW ARRIVALS
------------
Threezero teams up with Hasbro once again for their series of 1/6 scale collectible figures—all redesigned by Threezero and inspired by Hasbro's retro G.I. Joe characters! Standing 12 inches tall, the 1/6 Storm Shadow collectible figure features Threezero's standard fully-articulated body with fabric hand-tailored costuming with a high attention to detail. From the new new Disney Mirrorverse video game comes a figure of Buzz Lightyear! The Wand Company is excited to bring you this highly accurate Great Ball replica! This Great Ball features a colored surface that is sensitive to touch and proximity. Simply get near the Great Ball and watch the button glow! Imagine donning the signature helmet of Darth Vader with the wearable Darth Vader Premium Electronic Helmet from Star Wars: The Black Series, featuring collar, mask, and hood pieces for multi-piece, adjustable fit and assembly. The fearsome Thunder Wolf Wyvern Zinogre joins S.H.MonsterArts! Exquisite sculpting captures its sharp talons (which come in two variations) and distinctive four-legged gait. Wolverine is now in the Fighting Armor action figure series. Wolverine is modeled with die-cast and clear parts in high detail. With alternate hands and a pedestal base, you can pose Wolverine with perfectly posed action! 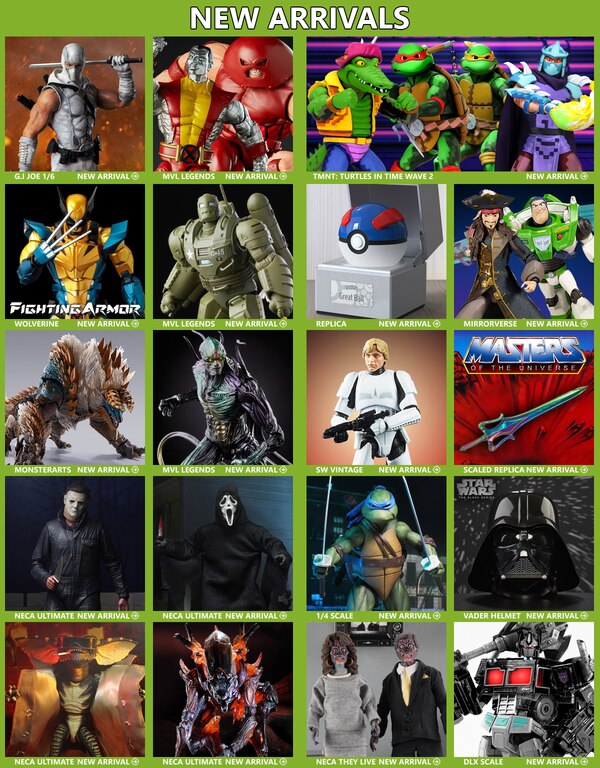