Our holiday decorations may be put away but the Four Horsemen's Krampus is back, this time in a menacing red color scheme! Love is in the air, and so are some deals, be sure to check out the BBTS Valentines Day Sale! The Adventures Continue brings us some new figures and nostalgia with recreated characters from Batman: The Animated Series! McFarlane Toys has brought us more figures from the DC Multiverse – featuring The Batman, Catwoman, The Penguin and more! Cad Bane has joined the Star Wars: The Black Series figure line! Power Stars are the action figures you always wanted as a kid, and now you can have them; some of your favorite super heroes from King Features classic comics are now available for pre-order! Quicksilver has flown into action and into our pre-orders, you can’t miss this SilverHawks leader from Ramen Toy! Do you want to super-size that? Batman & The Joker have joined the Sofbinal line of highly detailed, super-sized statues, now available for pre-order! Master of the Universe’s Sun-Man is now available for pre-order from Mattel! One does not simple walk into Mordor, but this brave band was able to do just that onto our featured pre-orders page: Frodo, Aragorn, and more of our favorite characters from The Lord of the Rings are now available as statues from Iron Studios!

The Amazing Yamaguchi of Arkham Knight is now in stock! Star Wars: The Black Series has more 6” in action figures in stock! Ahoy Matey! The TMNT: Turtles in Time Pirate Rocksteady & Bebop Two-Pack have arrived! An American Werewolf in Your Cart, oops, we mean London, but the NECA Werewolf action figure from the classic 1981 film is now in stock! We’ve got some classic horror character figures including Leatherface, Pennywise & more newly arrived from NECA! Snake Eyes and Storm Shadow from Hasbro’s line of G.I. Joe figures are now in stock! A unique combination, the Godzilla vs. Evangelion Mechagodzilla Aoshima model kit has arrived! Don’t leave Kevin behind again and add him to your cart now with the in stock Home Alone Set of 3 featuring Kevin, Harry & Marv by NECA! The faithfully recreated 2B from NieR: Automata has just arrived from Square Enix! There has been another Nessie sighting, right on our New Arrivals page with these Apex Legends Nessie Plushies! A plethora of anime and video game characters from Banpresto are now in stock! 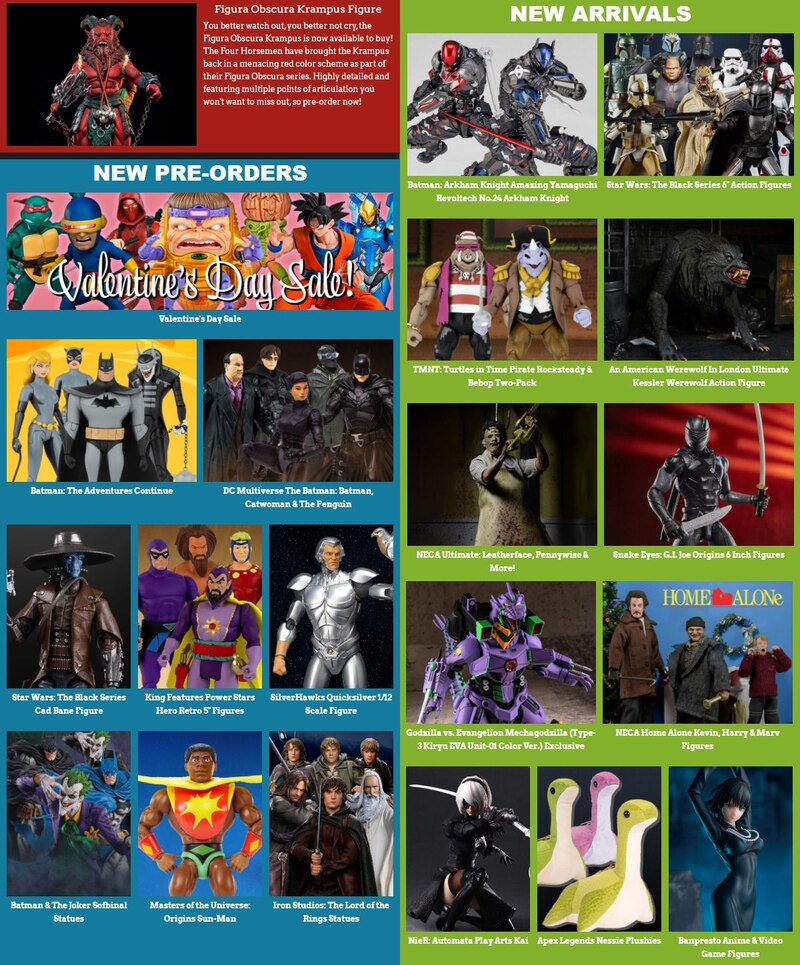 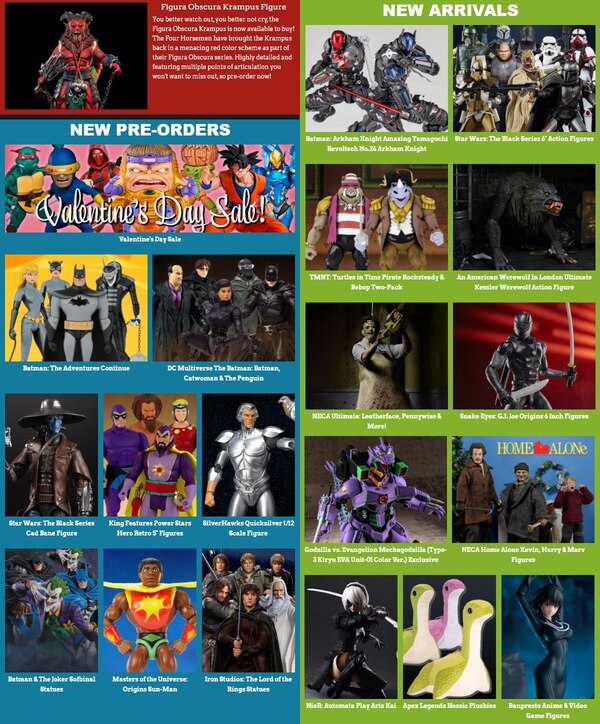