It's no secret by now that a little something extra was carried along with the banners decorating the Hasbro booth at Botcon 2015. A set of detailed lineart made up the background elements, along with the label "Titan Wars". But of course nothing was mentioned about this at the Hasbro panel, so what exactly is it, and what can we learn from what we saw? Keep reading!

So, why didn't we hear anything about this directly during Botcon?

Simple enough: it's almost certainly a planned SDCC reveal. The question then shifts to why the art was present at all. And for that we have to think back to last year. At Botcon 2014, the panel presentation had slides showing an obscured but very obvious Superion shape, the first sign of Combiner Wars. That was entirely for the purpose of giving the Botcon crowd some kind of peek at what was to come even though the true reveal was arranged for another event. The same is probably true this year, but in a bigger way. This "passive reveal" of leaving information in plain sight without acknowledging it or doing anything to prompt anyone to notice it may permit letting the Botcon crowds get first crack at seeing this while still keeping to whatever proper debut plan is in place.

Okay, now what is it?

In a general sense, probably what Generations will transition to somewhere along the way in 2016. As for more specifically... the art of what is obviously Fortress Maximus shares a few design details with Generations Metroplex, so on one level this might be a mechanism to get that tooling another use - albeit with a good deal of changed out parts. But one Titan does not a War make, and that's where things become odd.

Everything the lineart focused on appeared to have Headmaster characreristics, but did not feature traditionally Headmaster characters aside from Fortress Maximus. Max, incidentally, is depicted as being a two-stage Headmaster like the original. If it is a retool of Metroplex, the heads will probably be on the smaller side. But no, there's a stranger appearance: Blaster.

Now, just before Botcon I expressed my expectation that we might see Leader Class Soundwave and Blaster figures revealed. This didn't exactly happen, but the suggestion of it happening is present in the lineart. An unmistakably Blaster-based figure is there - complete with his own Headmaster. Weirder still is the one looking sort of like Astrotrain, but having a face a lot like Optimus Prime.

There's a meter to the side of most of the pictures on the banners, so you can get a sense of comparative scale. We have no way of being totally sure what the marks represent specifically, if anything. If Fort Max is a Metroplex retool, they can't exactly denote inches, since Max is measured to about 22 full lines, when the head height should be more like 24. If the scale is at least roughly along the line of inches, it does point to Blaster and the not-solidly-identified figure as being in the vicinity of 12 inches tall.

The question from here is whether Blaster and the other design are Leader figures, or perhaps something new and somewhat bigger. Blaster is interesting in the first place because as a toy it would be doing a lot. A mode looking like a stereo is shown, but also a configuration that looks like a base or battlestation. Now, this makes sense if Buzzsaw is any indication. While the displayed copy wasn't shown as such, in the panel the Hasbro reps said Buzzsaw could take on a tank-like mode. If all the cassette characters can do something similar, it makes sense for Blaster and Soundwave to be given base modes for another level of interaction. But in doing, we go somewhere that strikes me as oddly specific and maybe telling. Because traditionally, what has a base mode for smaller figures to use as a playset? The cities. And what are the city characters starting to be called? Titans.

Now, Blaster wouldn't become a Titan in the fiction, and the hypothetical toy being depicted probably isn't considered as such in the typical way, but we have to think in marketing logic. What if the Titan Class was to be redefined and applied to smaller, more financially manageable figures, like something a little bigger than a Leader Class toy? Where the play pattern would feature robot, primary alternate, and base modes. Each would have a quality of being a small playset for Legends figures, just as a starting point. The figures of Metroplex size could be redesignated as something else if needed. This concept starts to make sense if the Astrotrain-looking figure actually is Astrotrain, and would have a capacity to interact with Legends figures. It might not even have a typical "base" mode, instead letting the shuttle or train mode be the interactive point with the smaller figures. And keeping in mind that Headmasters are involved, it's a greater range of size-compatible figures that could be used here besides just the Legends.

The point is, for a line to be called Titan Wars, it probably isn't the best move to have it focus around extremely expensive, giant toys. And the tiny bit we've been allowed to see early offers a plausible alternative concept that might address that problem.

But why are they Headmasters?

That one I don't have a good answer for. I feel like it's a good chance this started with making Fortress Maximus, deciding to make sure the full Headmaster function was there, and then having that lead to a wider implementation. Whatever the cause may be, if it leads to finally moving in to a more substantial updating cycle for 1987's G1 toys, some odd character selection up front might prove to be worthwhile. 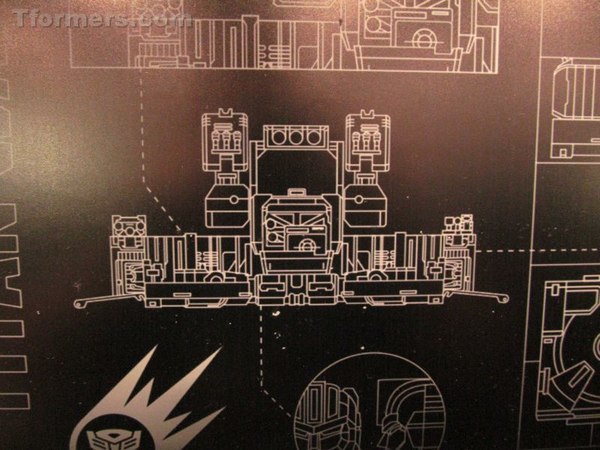 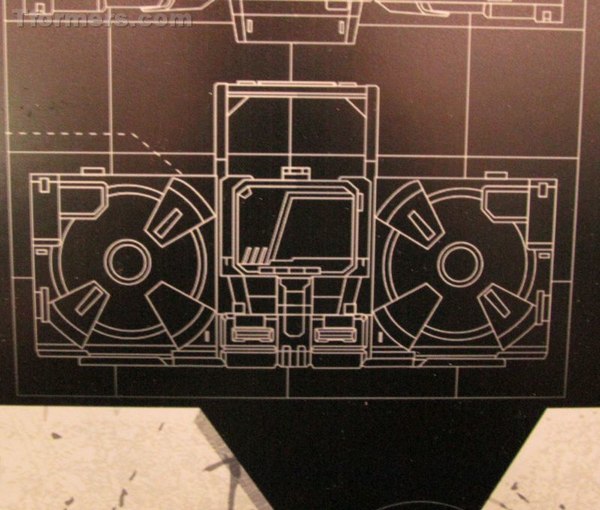 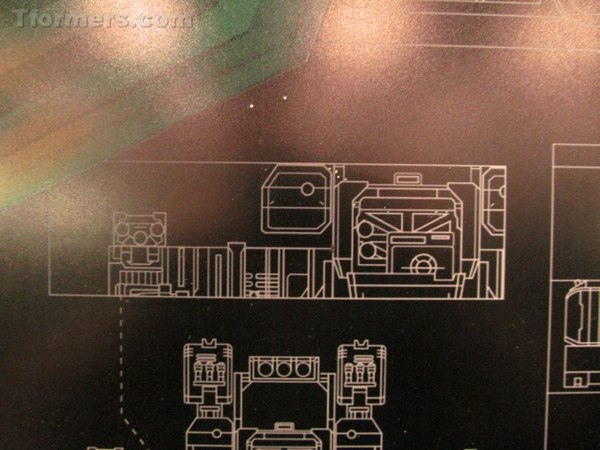 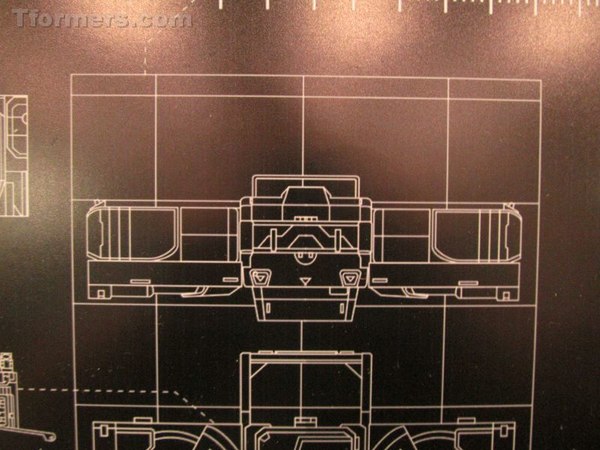 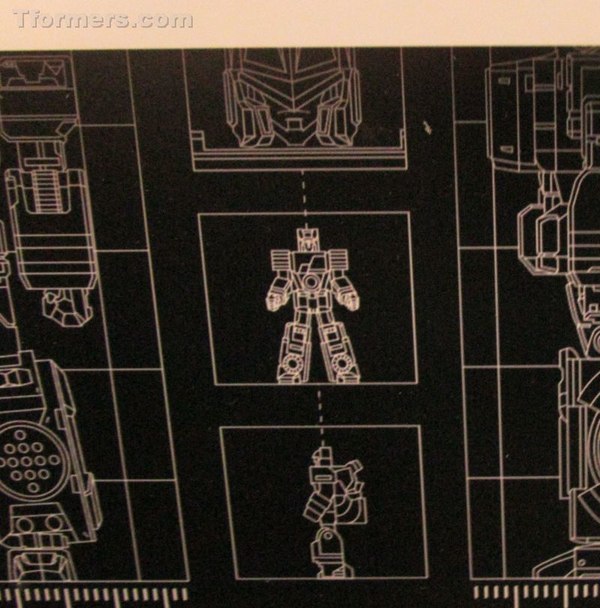 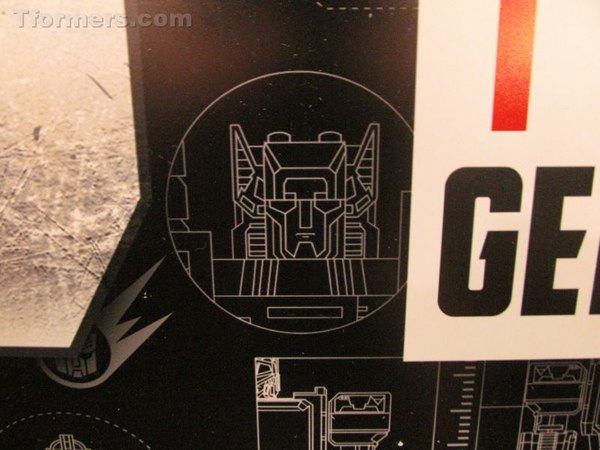 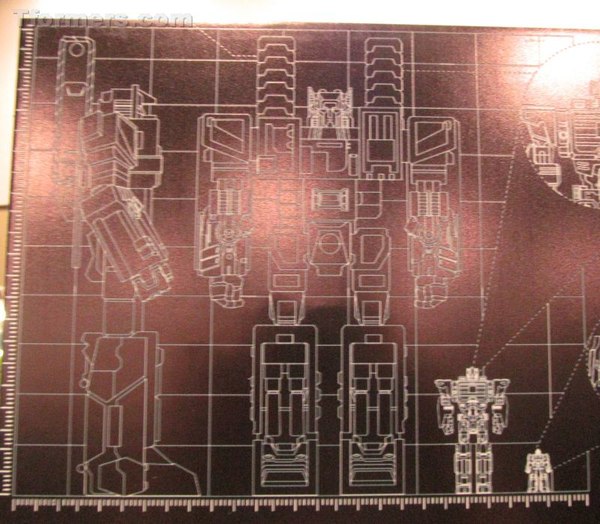 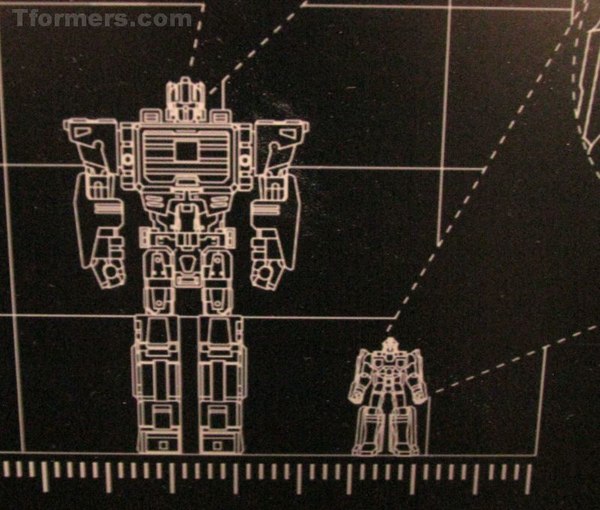 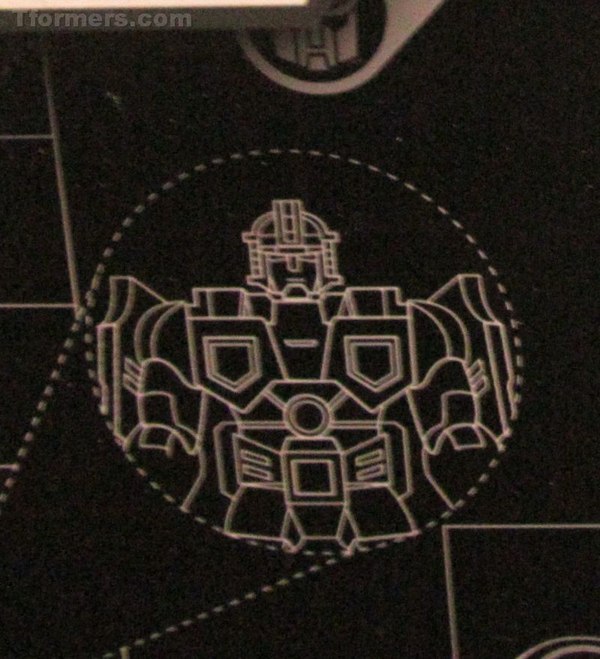 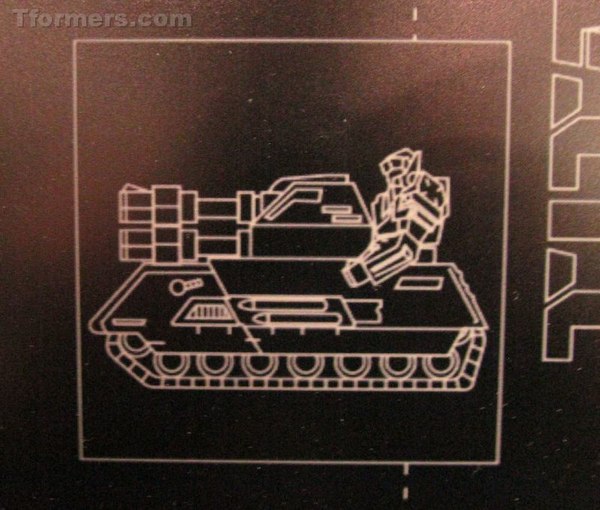 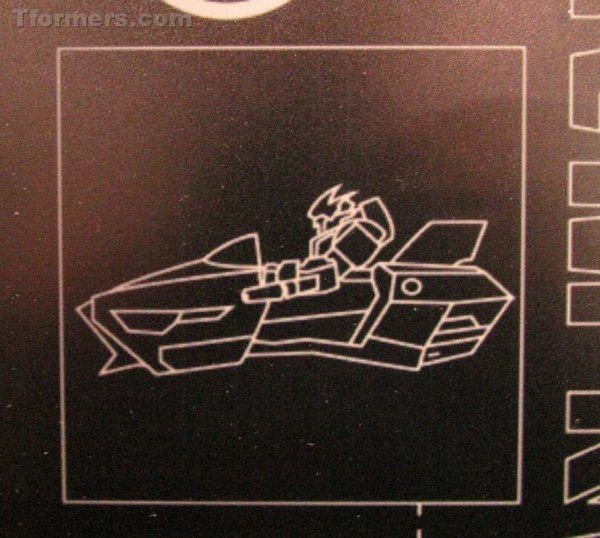 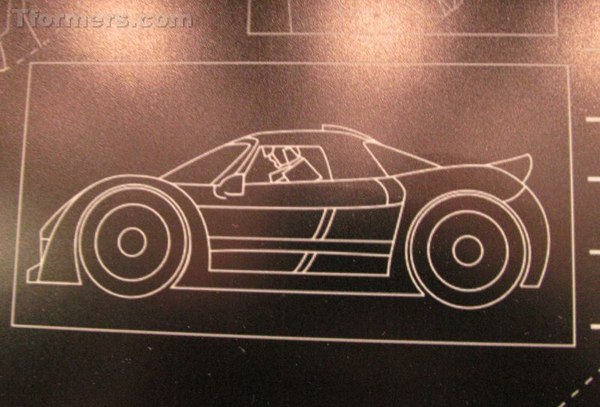 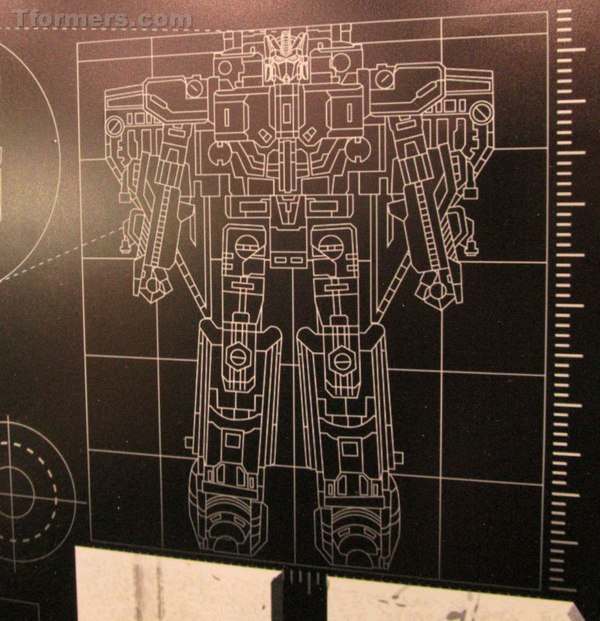 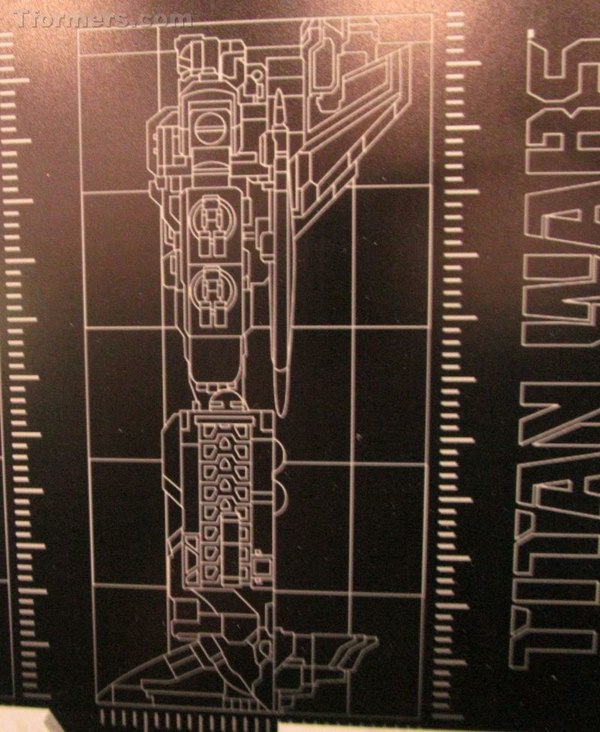 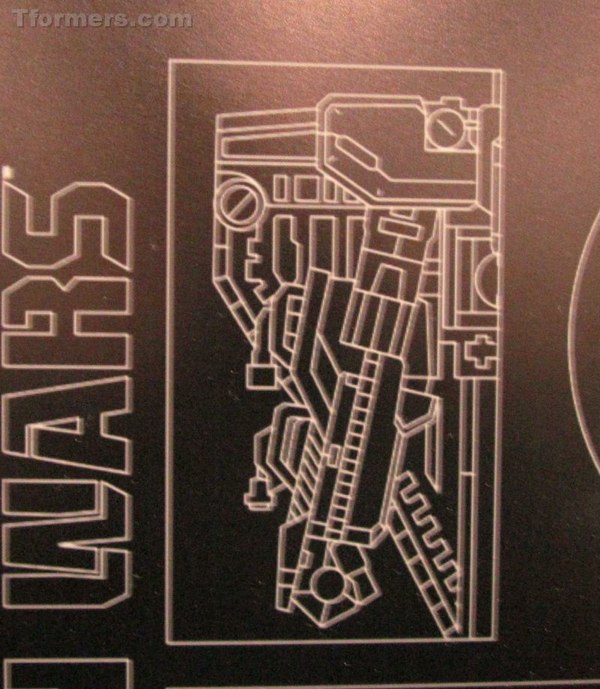 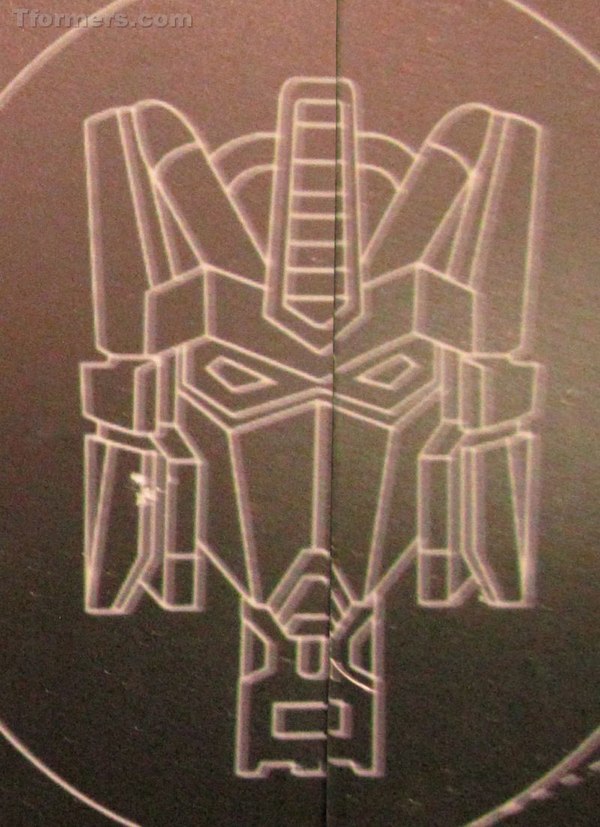 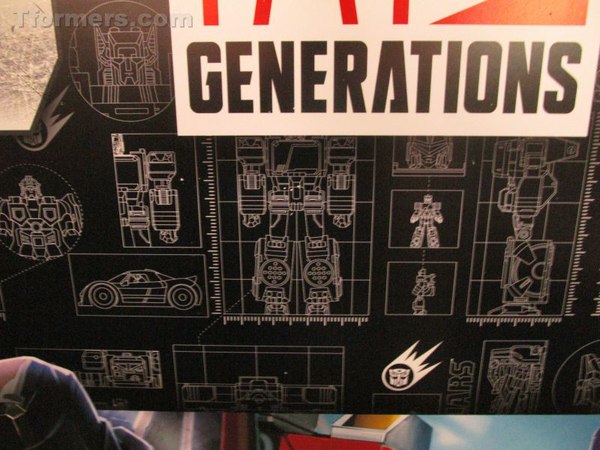