Our good friend and hard rocker, Stan Bush is joing forces with Vince DiCola at BotCon 2016 this year with a just announced panel, that will be followed by a FREE Concert that evening.

The BotCon 2016 show is open to the general public, Stan Bush and Vince DiCola April 8th at 4th Street Live in Louisville, Kentucky for a fantastic Friday night concert that will be FREE to the General Public!

Join Stan and Vince as they recount their time working on the original 1986 Transformers: The Movie and to discuss the current projects they are working on.


Stay tuned for more details but in the meantime make sure you make plans for the BIGGEST AND BEST TRANSFORMERS weekend of the year... this April in Louisville, Kentucky at BotCon 2016!

Check out the full size poster of this exciting musical event below for the full details! 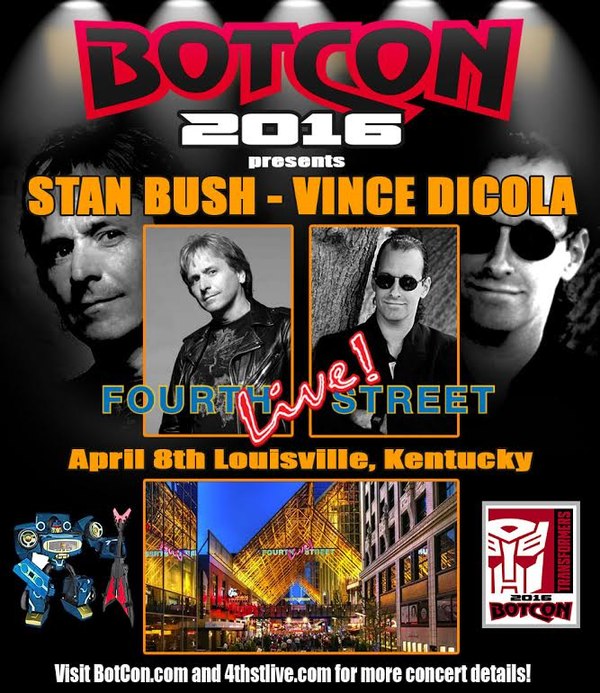