by BaCon on March 19, 2020
Are you all ready for some Games? Tformers and other sites will be giving BotCon (Official) a hand with some of their Bots Brackets games where YOU (the reader) will get to vote on 64 Robots from across the multiverse! Read the full info below for the complete details on this epic Tfing Tournament!

No matter what the world throws at us, we humans still enjoy our friends, our games and of course, some good old competition! So, as we all hunker down for the time being, why not have our favorite robots battle it out... March Madness style!

64 Robots from across the multiverse. One Champion. Numerous games to be played out across BotCon, RoboCon, Allspark, BWTF, Unicron, Tformers and some other great sites. And YOU DECIDE THE WINNER!

Save the bracket. Fill it out and email to info@botcon.com. The first 10 submissions that accurately predict the FINAL FOUR characters will win a BotCon Prize pack worth $50.

Then! For everyone who accurately guesses the Bots & Brackets champion, those participants will be entered in the grand prize raffle. The winner will receive a $250 BotCon prize pack which will include the 2016 BotCon Legacy 4 pack, the Ultimate BotCon product guide, a BotCon t-shirt and more!

The games will be posted across various pages and we will have updates as to which page has games that day. We will also continually update the bracket so you can keep track.

You don’t have to fill out a bracket to play! Just keep it tuned here. The games start tomorrow!
Image (click to enlarge) 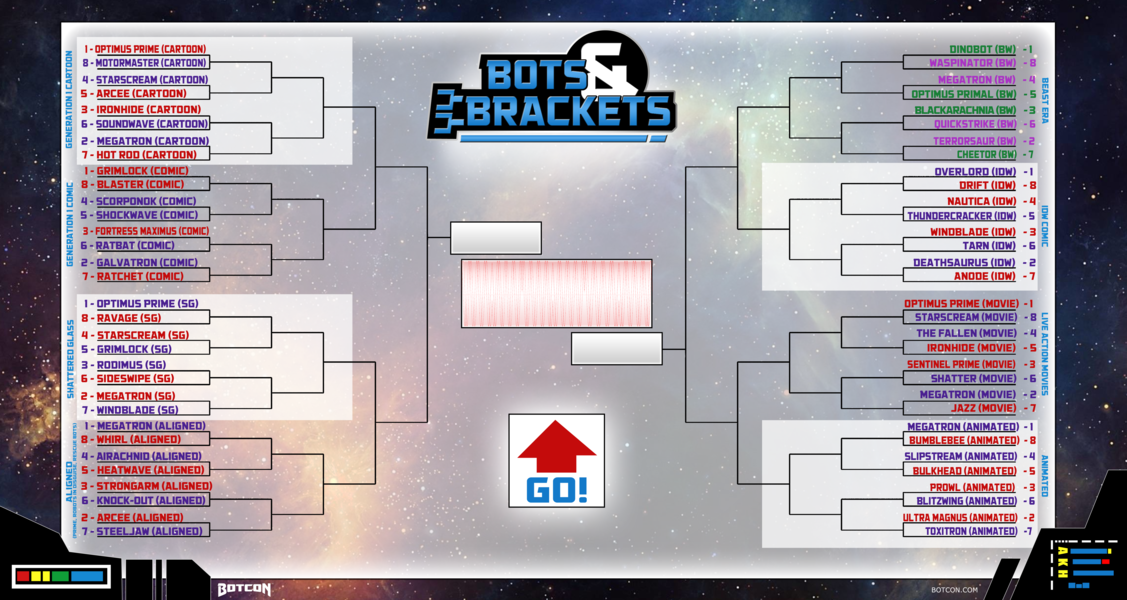 Sent my form in. Guess we'll see what happens.? 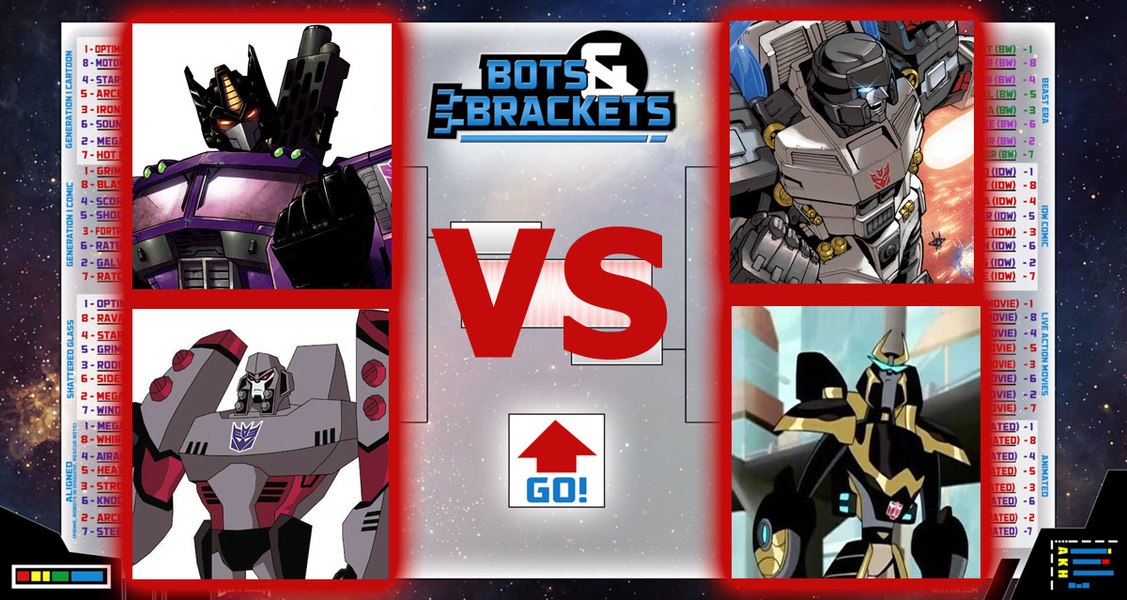 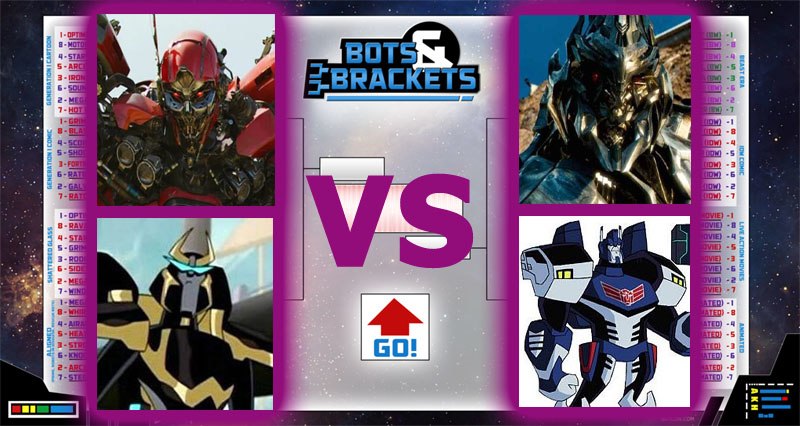 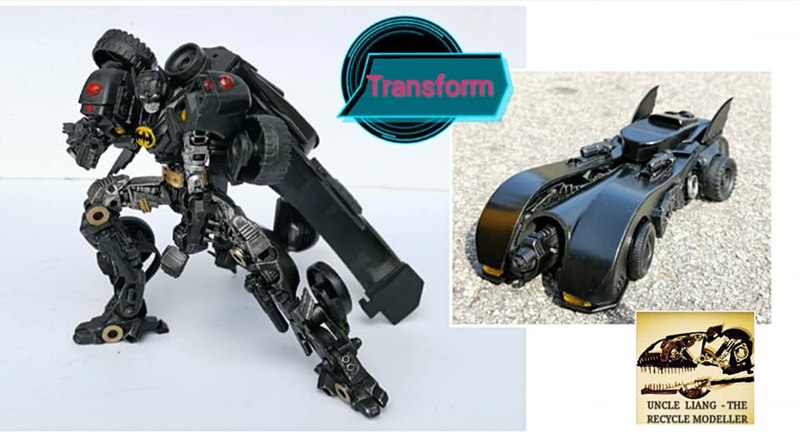 FAN POLL - Which is your Favorite Transformers Animated Series? 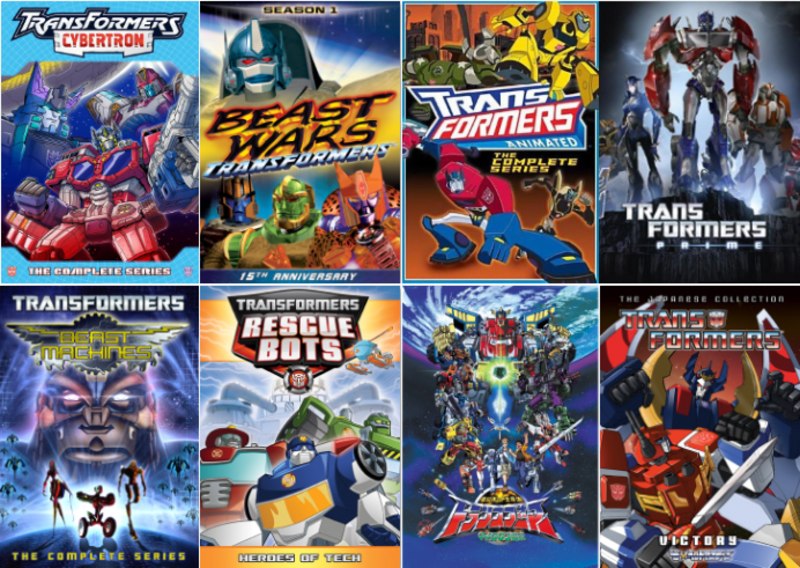 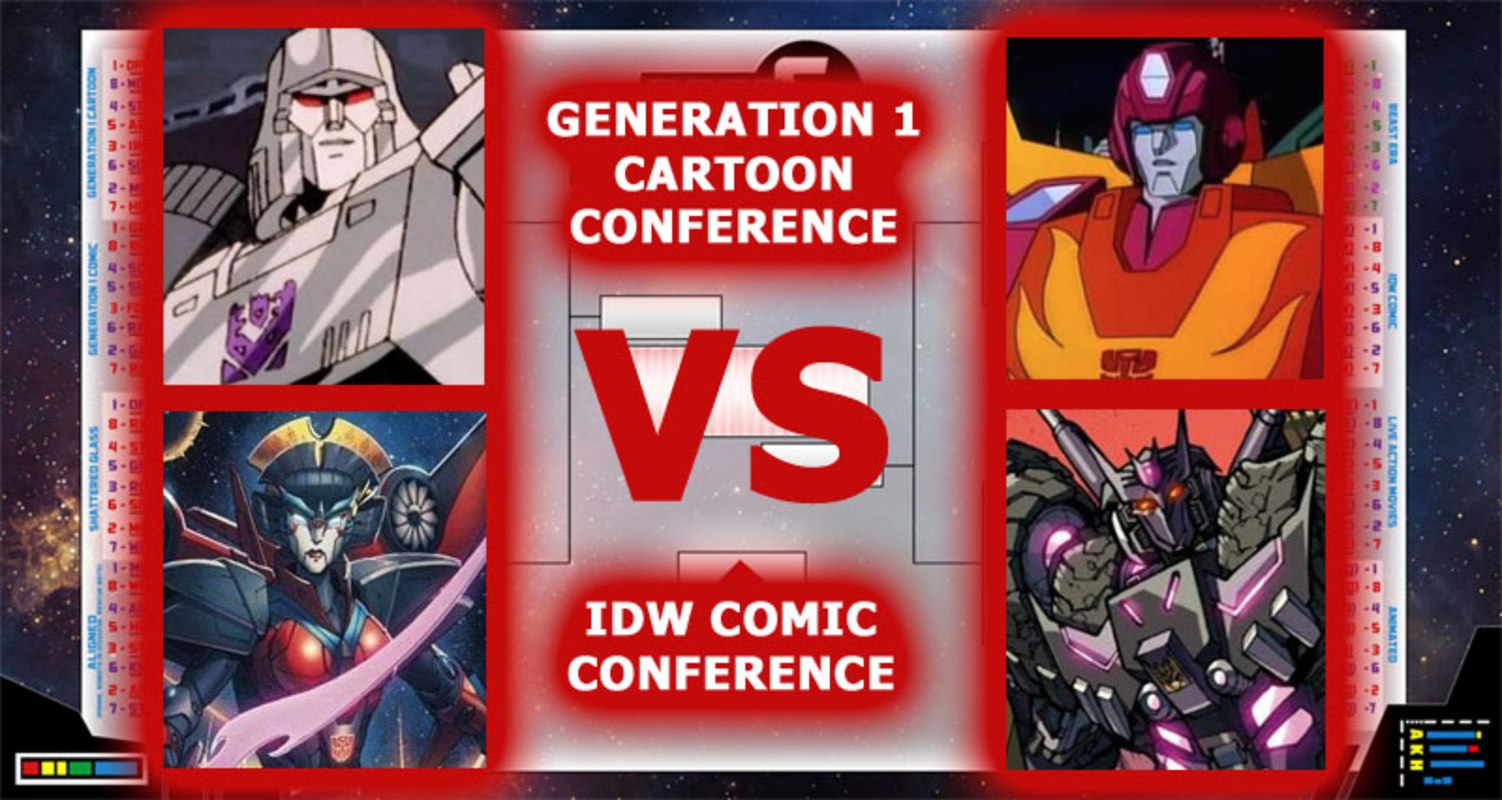 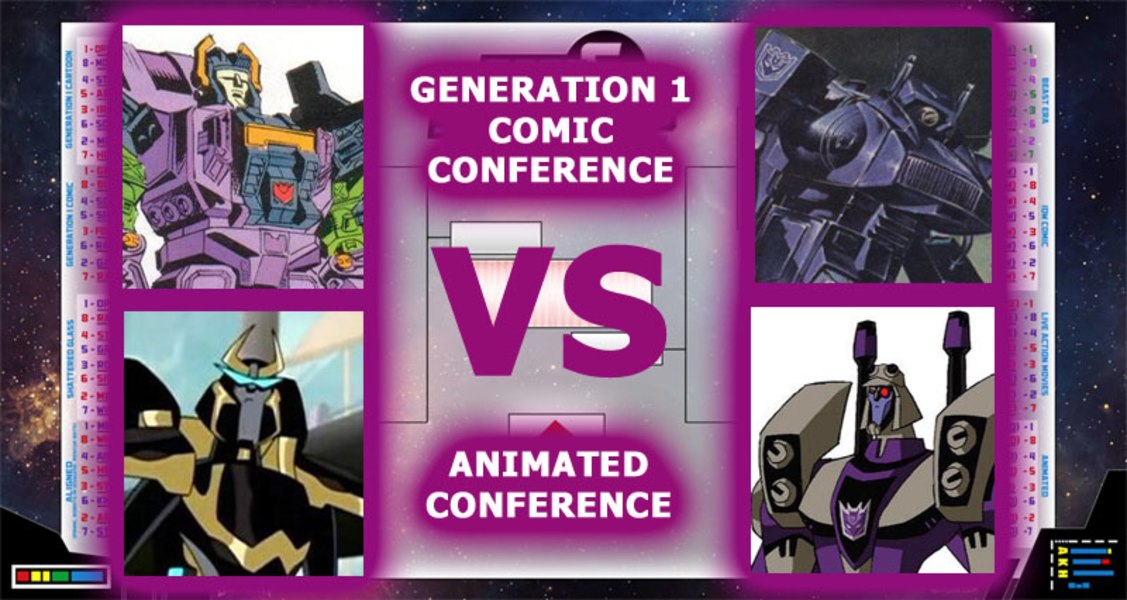