Paramount has sent out a press release for Bumblebee: The Movie giving a synopsis of the plot and a higher-quality version of the image that circulated the other day of Hailee Steinfeld's Charlie character and Volkswagen Beetle Bumblebee. It's a fairly barebones description of the movie, but we have final confirmation that Bumblebee is indeed a VW Bug in the film. (Toys? Hopefully?) Keep reading to see!

“On the run in the year 1987, Bumblebee finds refuge in a junkyard in a small Californian beach town. Charlie (Hailee Steinfeld), on the cusp of turning 18 and trying to find her place in the world, discovers Bumblebee, battle-scarred and broken. When Charlie revives him, she quickly learns this is no ordinary, yellow VW bug.

BUMBLEBEE WILL BE RELEASED IN THEATERS NATIONWIDE ON DECEMBER 21, 2018. 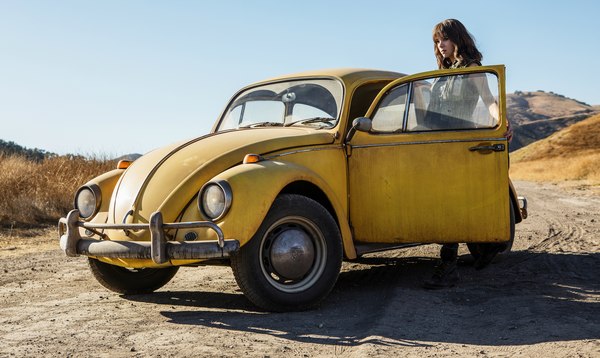