Bumblebee: The Movie VW Bug Official Image of A Girl and Her Car

A year from now, Bumblebee: the Movie will be rolling out in cinemas to what will be an unexpected response to the next chapter in the Transformers Cinematic Universe. Those paying attention may have noticed, few are paying attention to what appears to be the "Transformers" (2007) all over again, sans the bratty Shia Lebouf and copious amounts of potty humor that are the signature elements of director's "The Bayhem."

The new image from Empire Magazine, show us what's on the menu for Bumblebee: the Movie with another "Teen (girl) and their car" plot line. This is a kind of self-imposed saving grace that the first 10 years of Transformers movies have not happened yet. Director Travis Knight states:

I wanted to approach this massive, expansive franchise and really focus in on a tiny corner of the canvas.

Everything I’ve tried to do at Laika, searching for an artful blend of darkness and light, intensity and warmth, humour and heart, I wanted to bring to the Transformers franchise. At its core it’s just a beautiful love story between two broken souls who find each other and heal each other. I grew up loving those classic Spielbergian Amblin films. And we’re trying to evoke that kind of emotion in this movie, fusing a rich coming-of-age story with some sci-fi insanity.

What's too bad, we miss out on a the opportunity to tell a better story. Instead, we get the same kind of angle updated for the MLP parade that is leading the charge for Hasbro these days. After half dozen interviews with Hailee Steinfeld, it is clear even she is trying to piece together what this film might be. Because teen-filled heavy metal robot chick flicks are not a thing, yet? 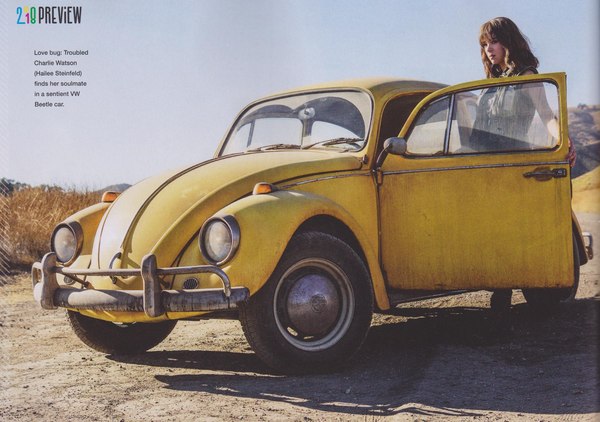