Daily Prime - At Last, The Return Of Optimus Prime!

Throwback Thursday! The Daily Prime returns to 1988 for the Return Of Optimus Prime, sort of. In the Marvel Transformers #40 “Pretender to the Throne!” comic book, his body was destroyed, but the Autobot Leader lived on thanks to Ethan Zachary who saved his Core Consciousness to a floppy disk, after killing him. Restored in a video game environment, Prime was able to virtually penetrate Scorponok's network and steal his Organic Synthoplasm technology to make the Autobot Pretenders.

There is no figure in this shot because Optimus Prime is stuck in a video game. I have staged a comic book cover shot with the very interesting new Legacy Skullgrin figure (right) that Hasbro sent me to share with you. These new Pretenders have merged the inner with the outer into an intriguing amalgamation that manages to retain the Generation 1 goodness, shown with the original figure (left). Which, doesn't look much like the cartoon / comic character, either. 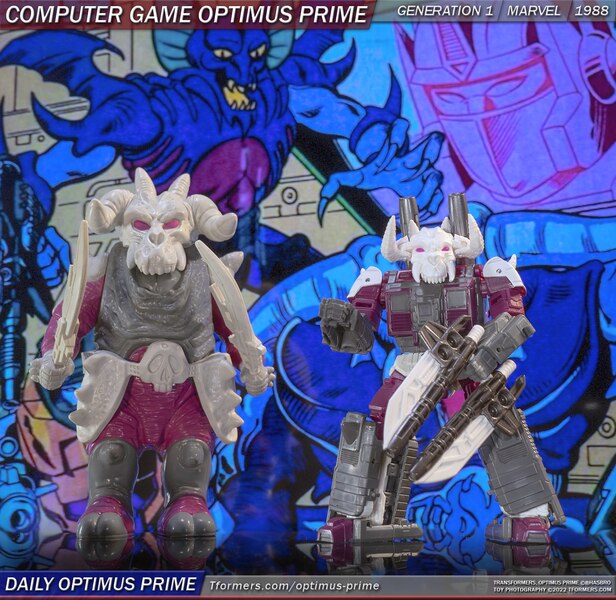 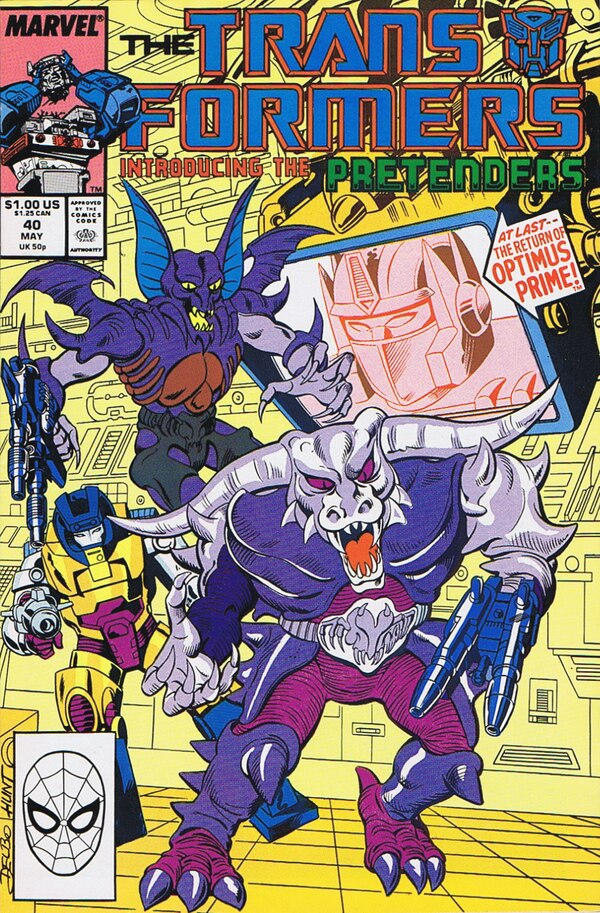 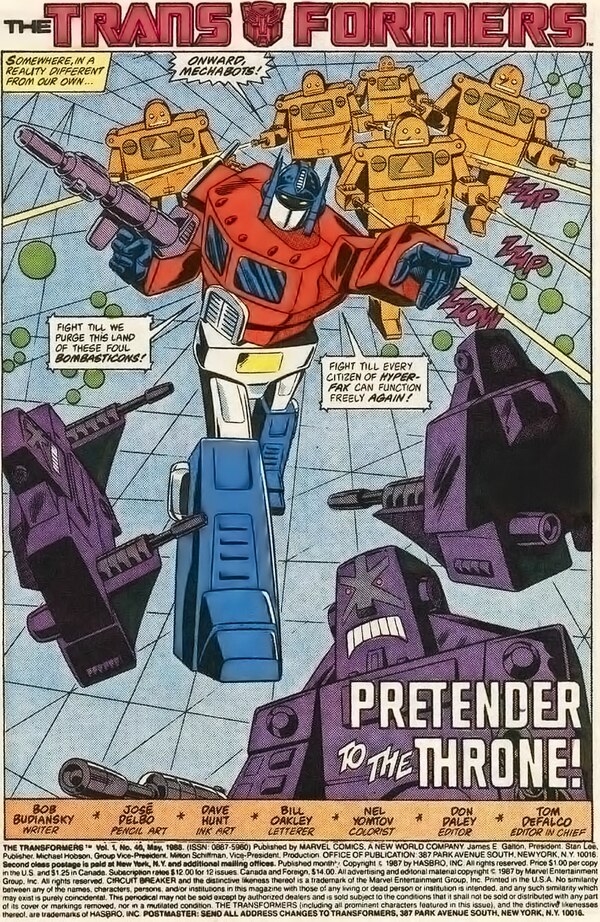