Day three of JUST PRIMAL week follows the many faces with the many colors of Optimus Primal. The original Transformers Beast Wars Optimus Primal "Black Jack" design has been recolored almost as many times as it has been reissued.

Hasbro followed in 2003 with the Transformers Universe line of repainted figures that included another red deco, which may be mistaken for Rodimus Primal, but is actually supposed to be the Energon Optimus Primal is radiating, from which Unicron is secretly harvesting to build his strength. The test shot figure shown behind Universe Primal suggests Hasbro was considering a gold version instead of the red base. 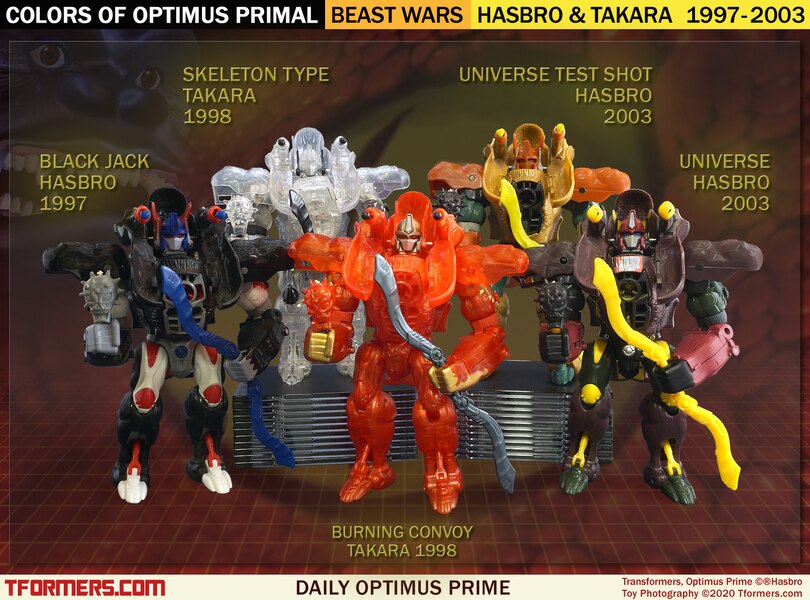 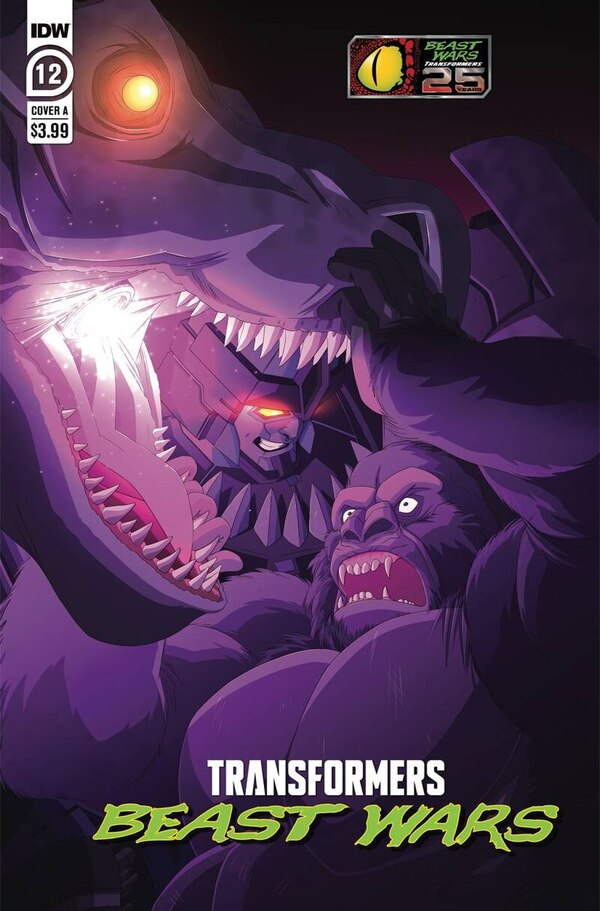 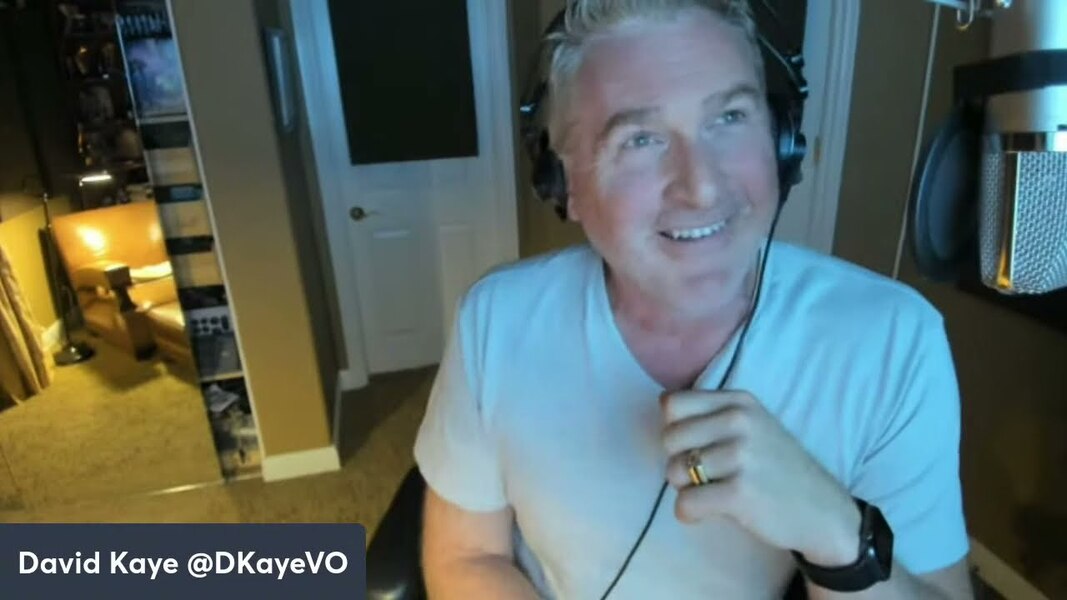 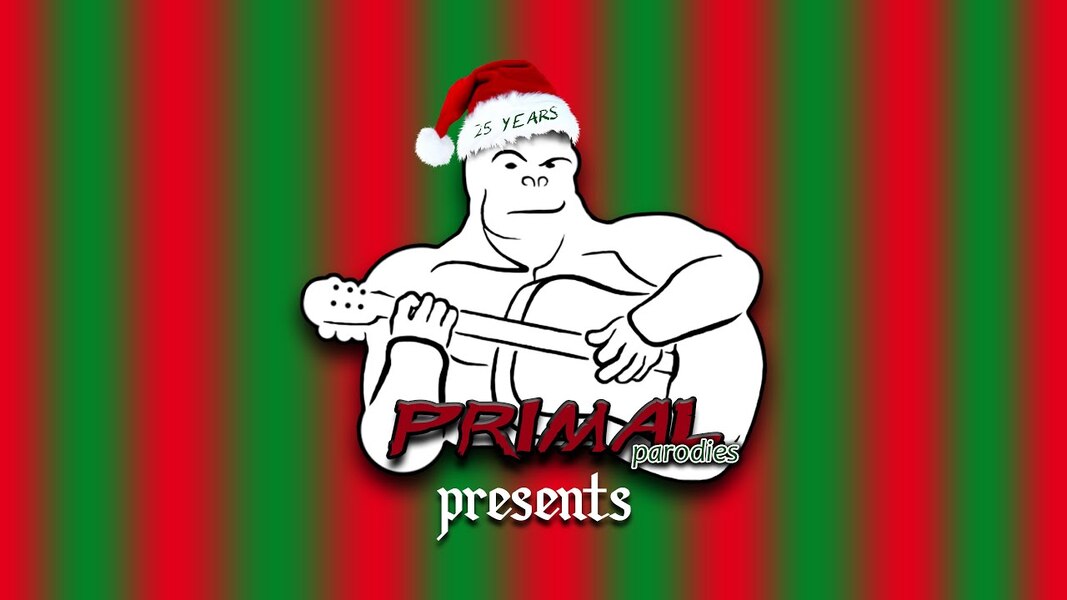 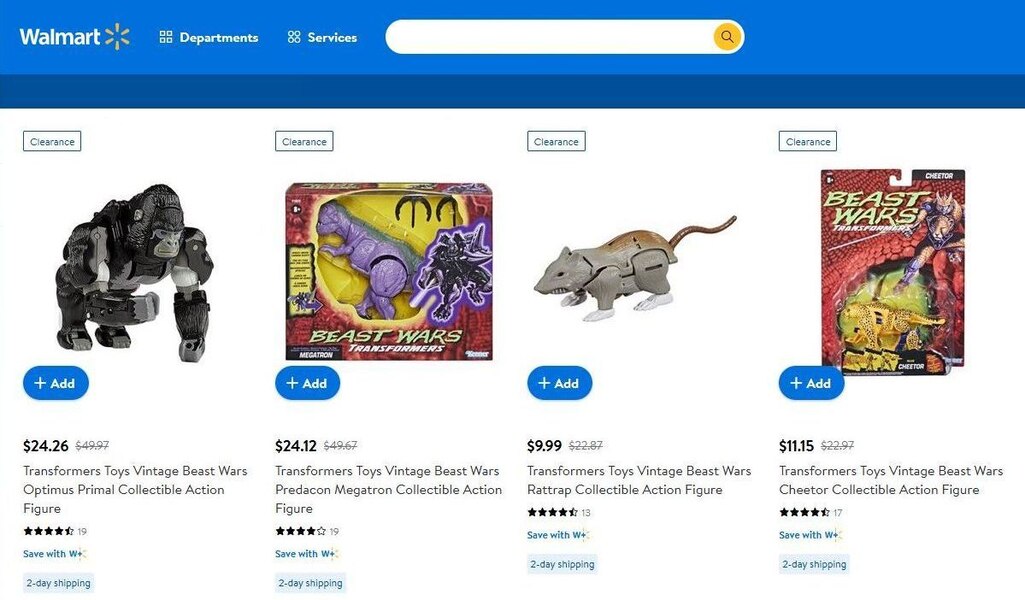 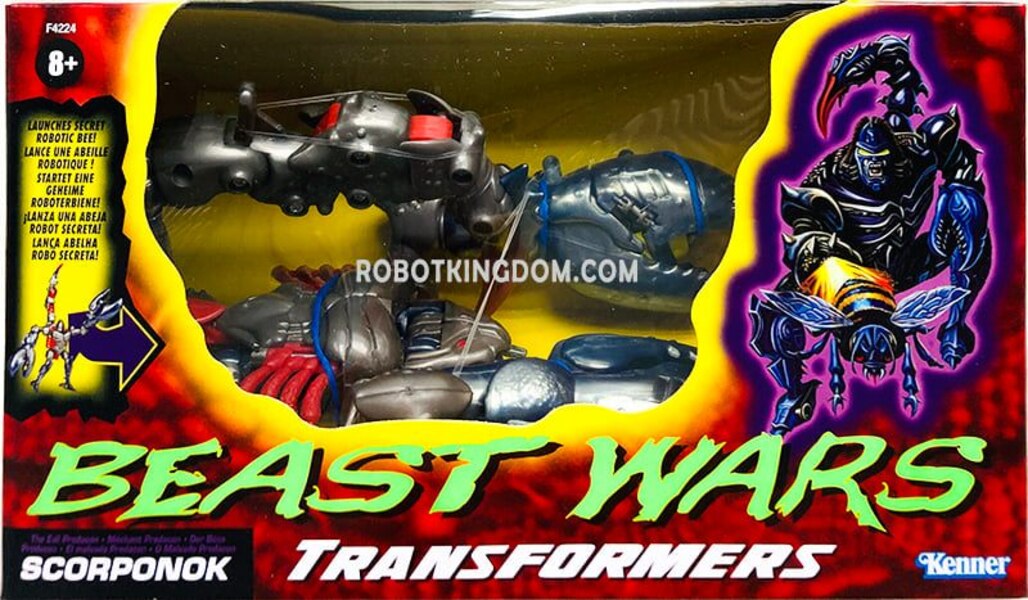 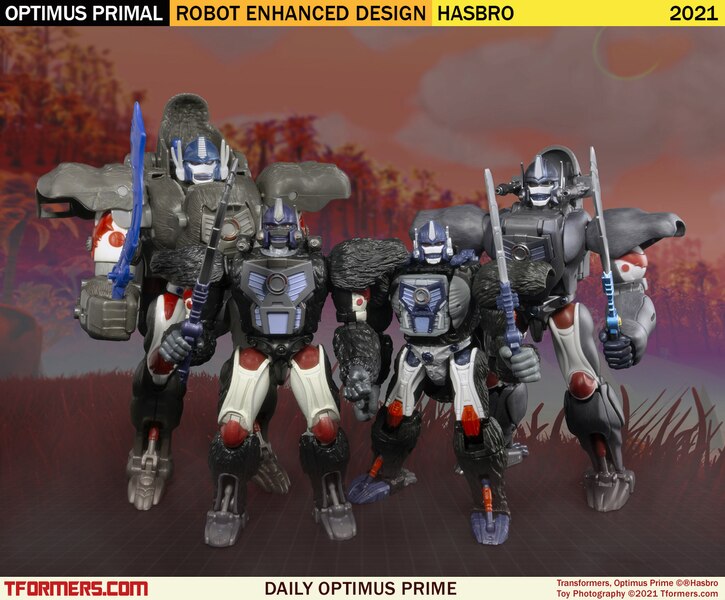