Just listed on Bigbadtoystore, DNA Design has two new Transformers upgrade kits with the DK-14S Shattered Glass and the DK-14P Premium Finish Ultra Magnus sets. These are colors updates to the past kits made for these molds. Look for these to be released in December 2022. Read on to see more information followed by the images for both kits. 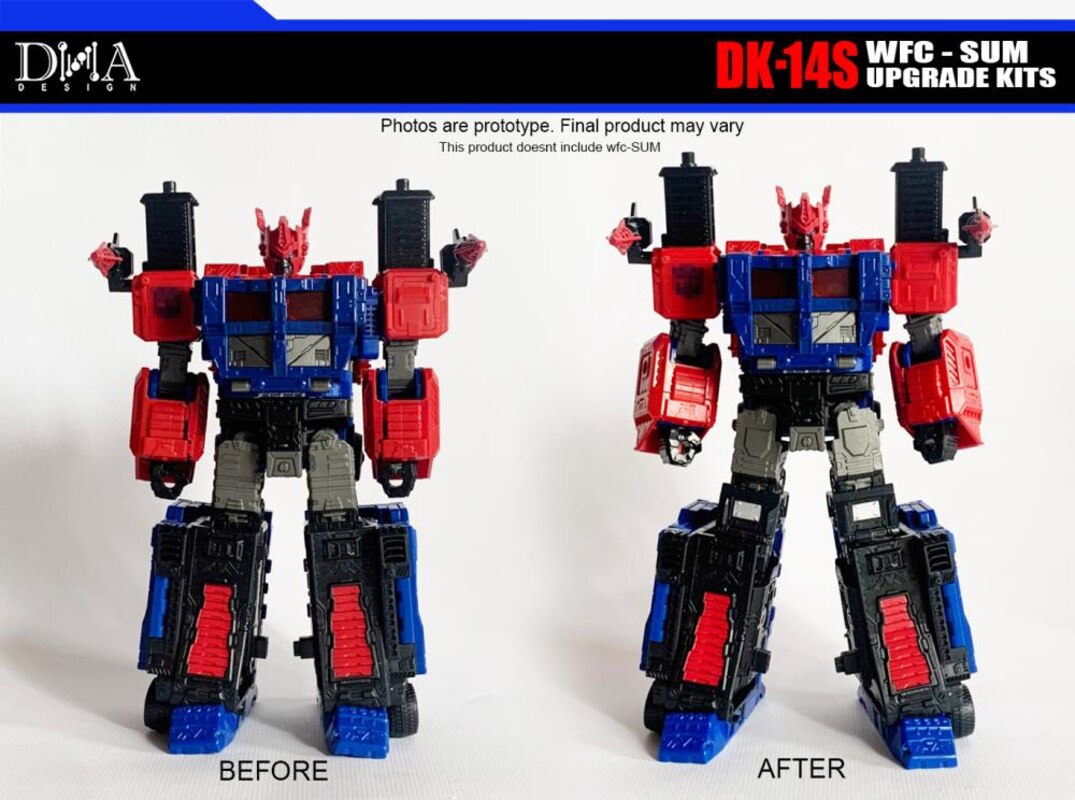 The DK-14S Upgrade Kit contains a selection of new and improved accessories and attachments for WFC Kingdom Ultra Magnus. 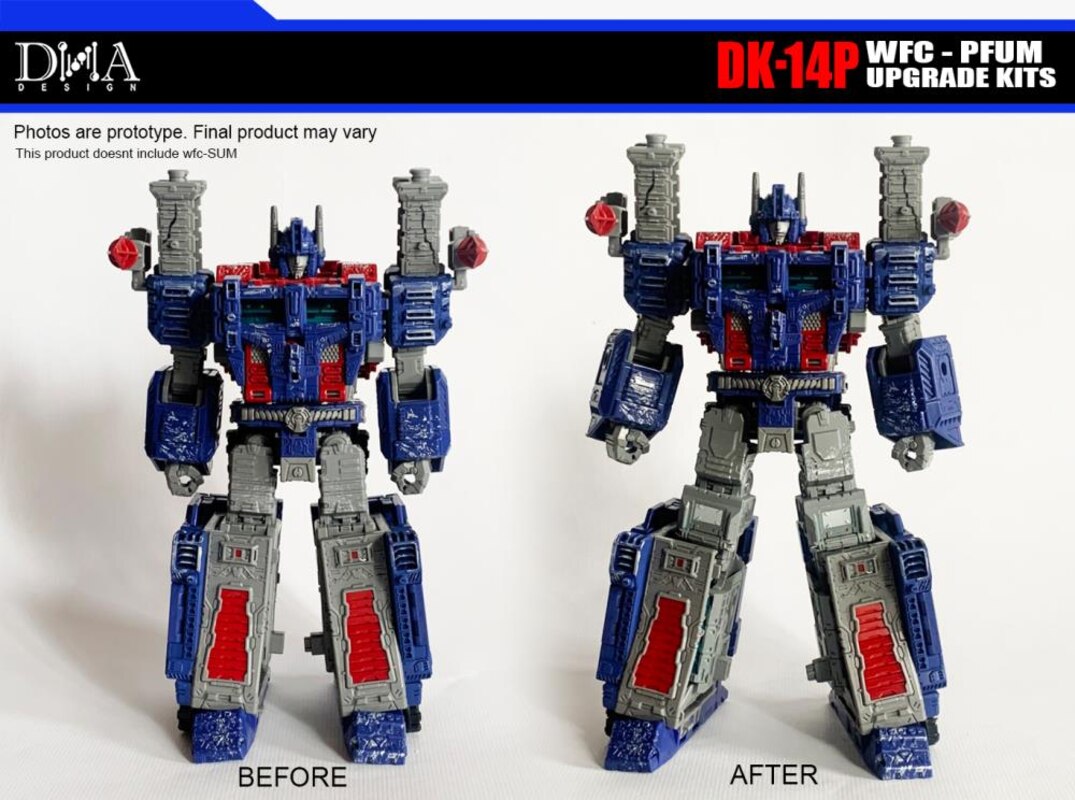 The DK-14P Upgrade Kit contains a selection of new and improved accessories and attachments for WFC Kingdom Ultra Magnus. 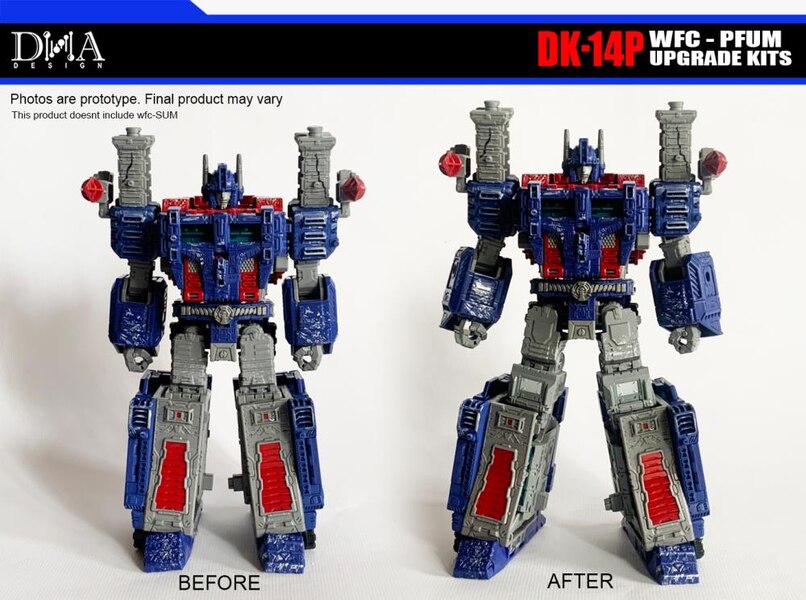 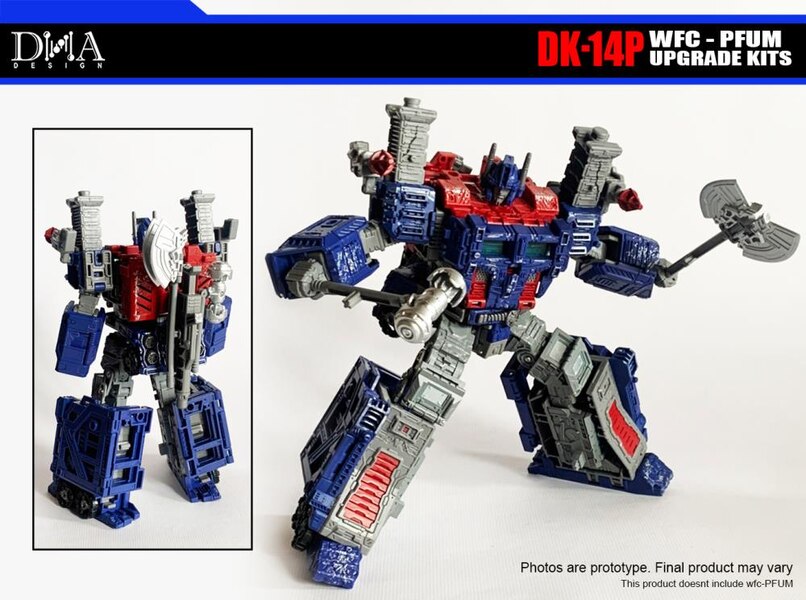 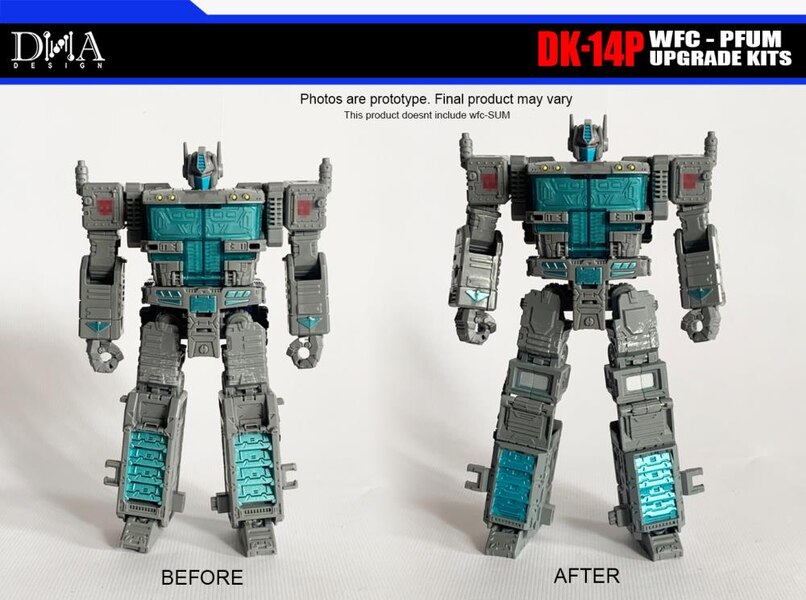 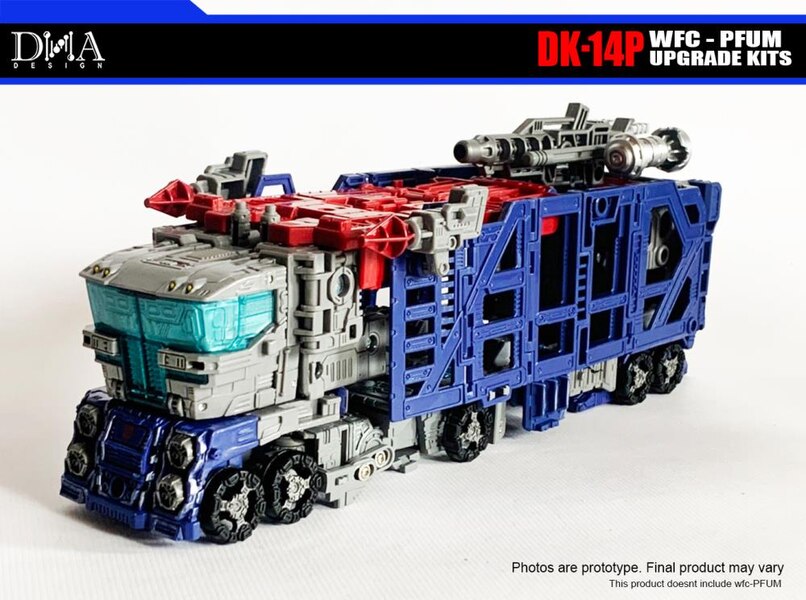 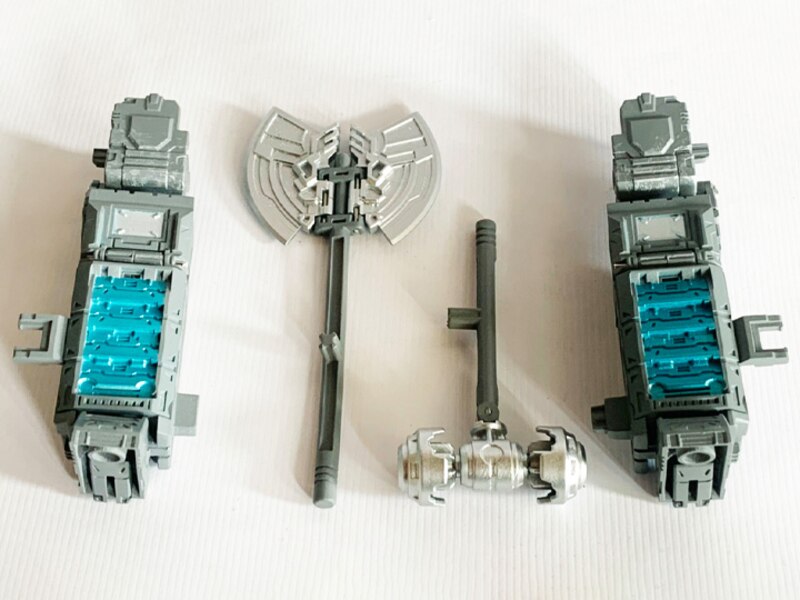 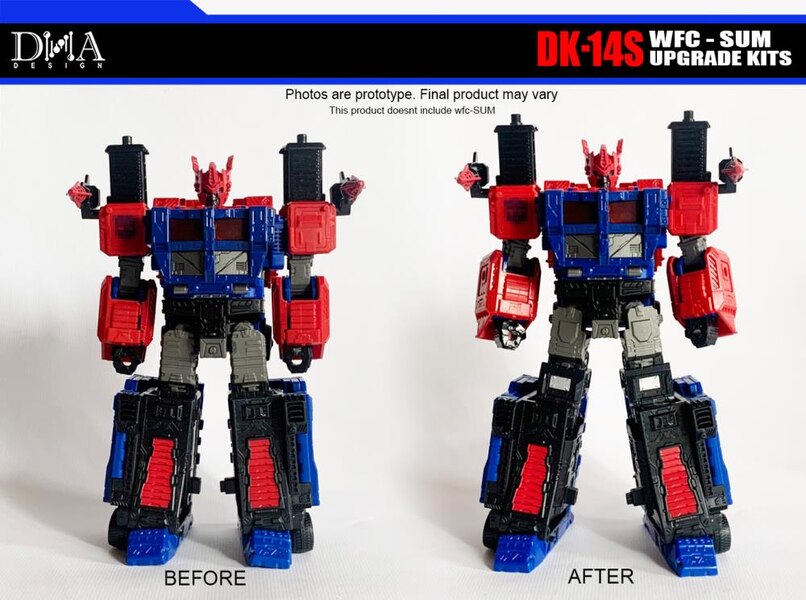 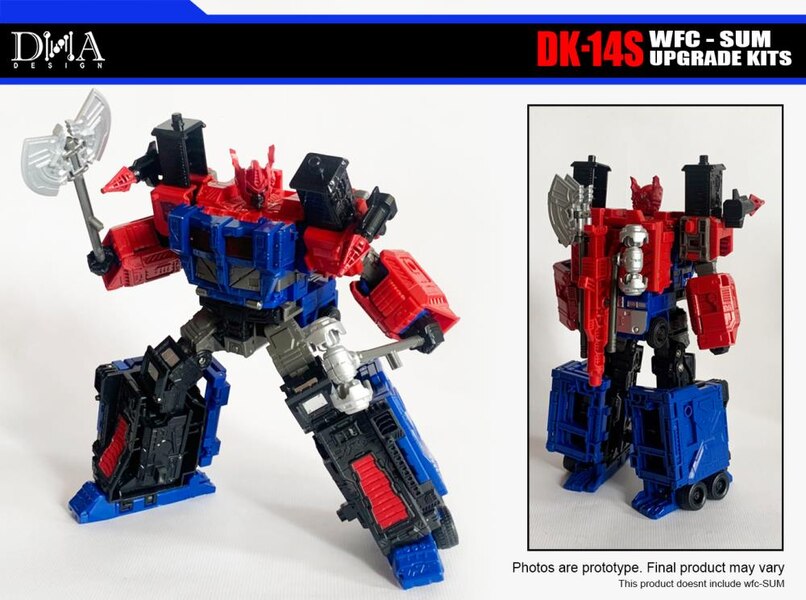 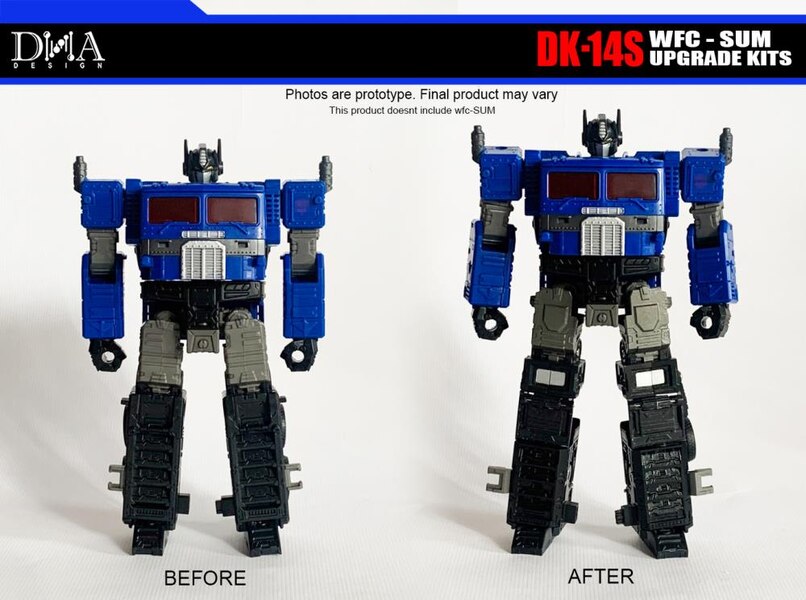 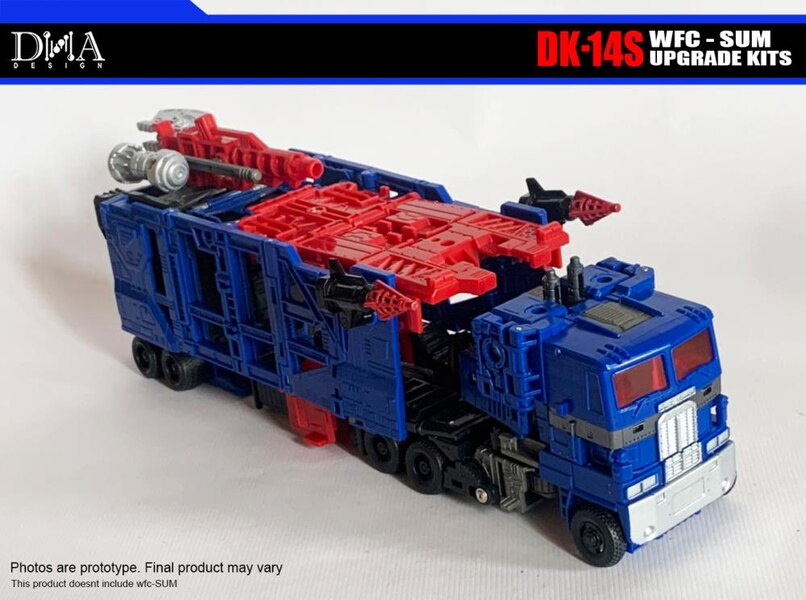 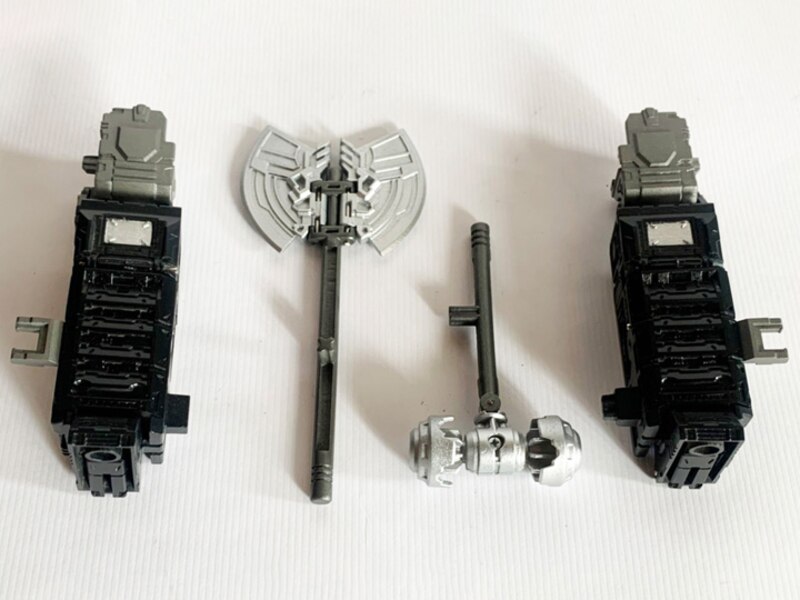 I hope they don't forget the Tensig Base Optimus Prime.

Although, I don't really like these sets anymore. I don't like the hammer or ax as they're too small due to being designed to fit inside of GUOP's water cannons. I don't use them on any of my figures now.

As for the leg extensions, I really only like them for GUOP but use them with both versions of UM as well. I use them in conjunction with some 3D printed thigh extenders as well. I modded my Siege UM and GUOP so that they still transform normally even with them. I cut out the plastic behind the hips so that they now shift back to the bumper (kind of like Titans Return Optimus Prime/Octane) to fill in that gap behind the front wheels. This allows the thigh extenders to fill that spot instead of the wheels from the DNA kits. There's the perfect amount of room to allow for two different kinds of 3D printed thighs (they're all made the same size) to fit in that spot while leaving the rest of the legs in the normal spots for transformation. Meaning that the trailer still connects to the cab of the trucks like normal instead of pushing it back. The mod can't be used with Kingdom Ultra Magnus though as his front bumper sits differently on the truck cab and doesn't allow for the mod to work right. It's a moot point though as the trailer for Kingdom UM's trailer doesn't connect to the truck cab anyway. So it sticks out further back to look more like how a normal trailer would sit.

The height extension granted by the 3D printed thighs and by the DNA kit is the same. So it doesn't matter which one I use unless I want double height like I do with my GUOP to make him very leggy like the original mold.

Regardless, at least this is one of their better kits and was actually decently priced. I still think it's a shame that the Magnus kits never came with fillers for the shoulder pylons. I mean it cost the same as the GUOP kit and that one came with the pieces for the water cannons to fill them and store the weapons. 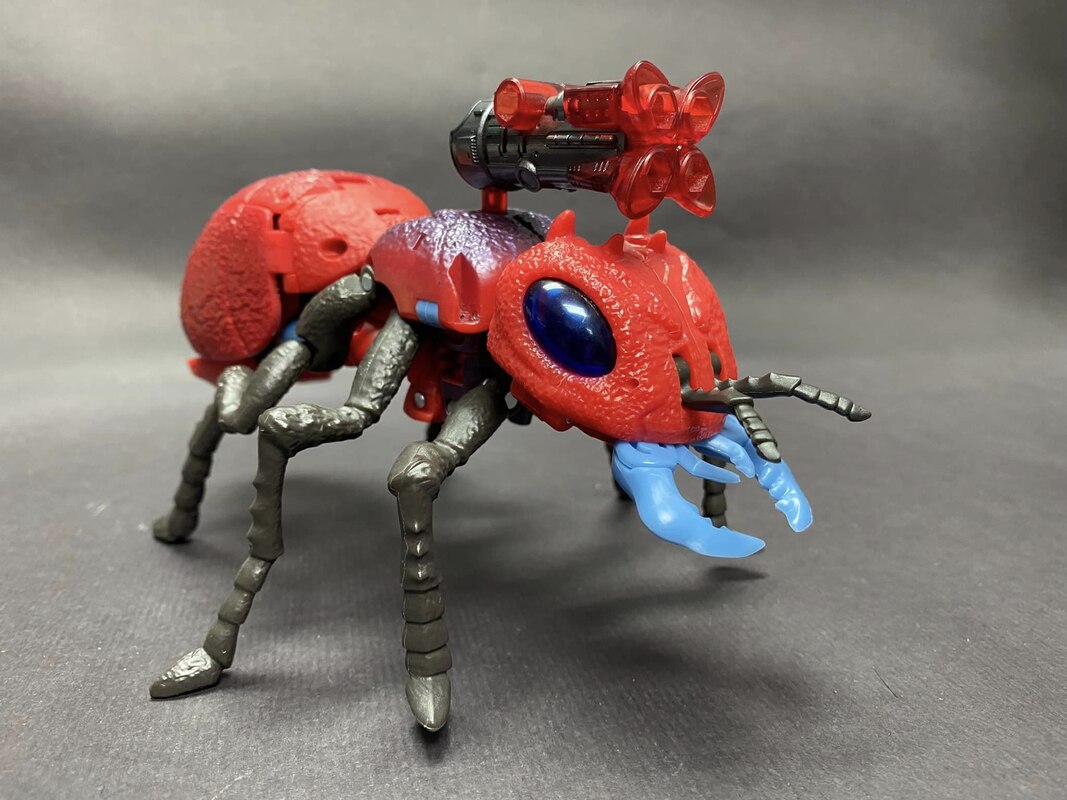 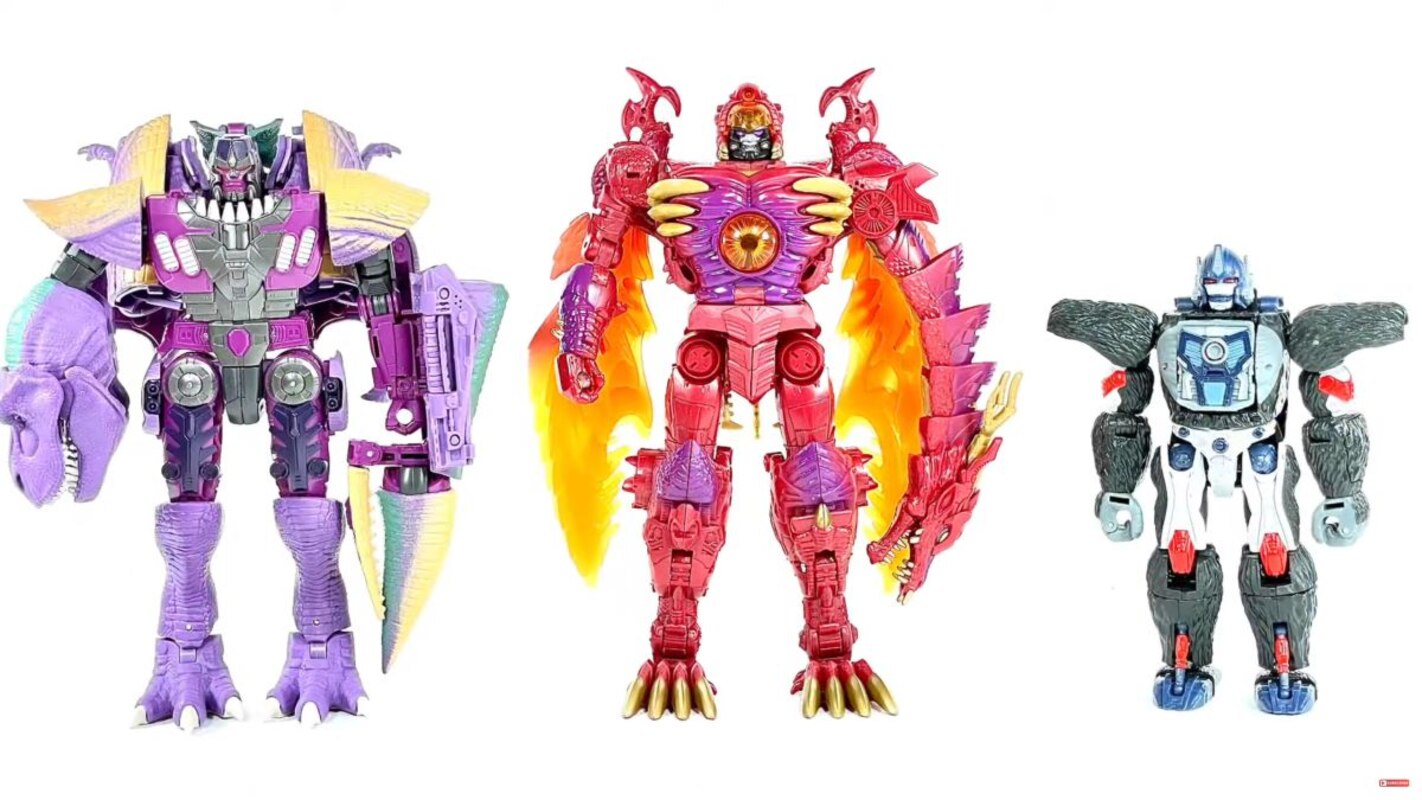 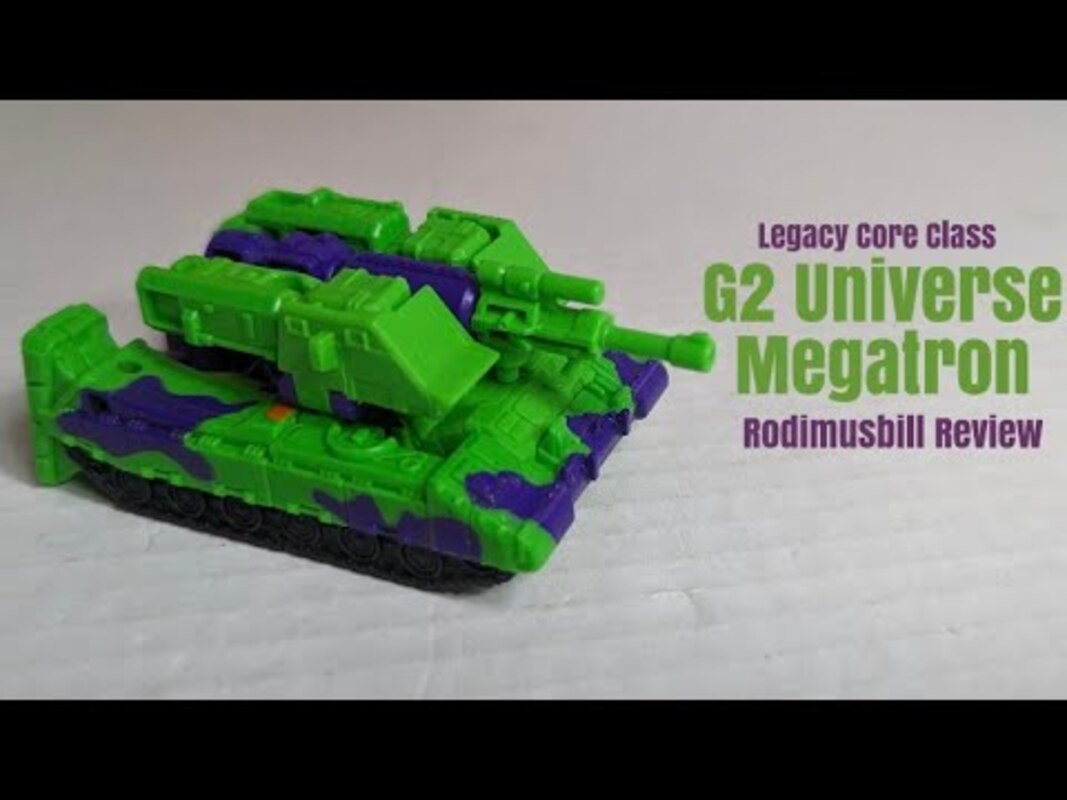 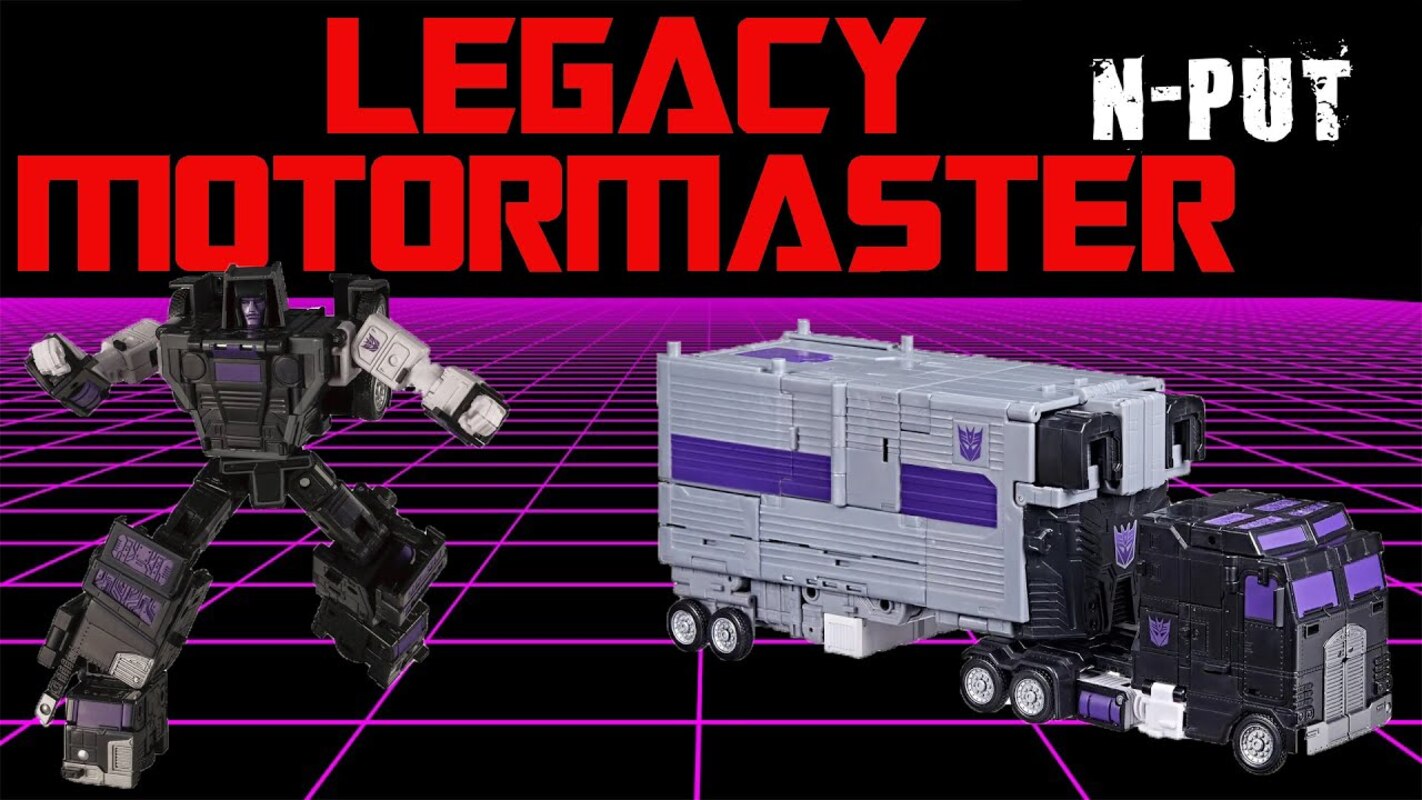 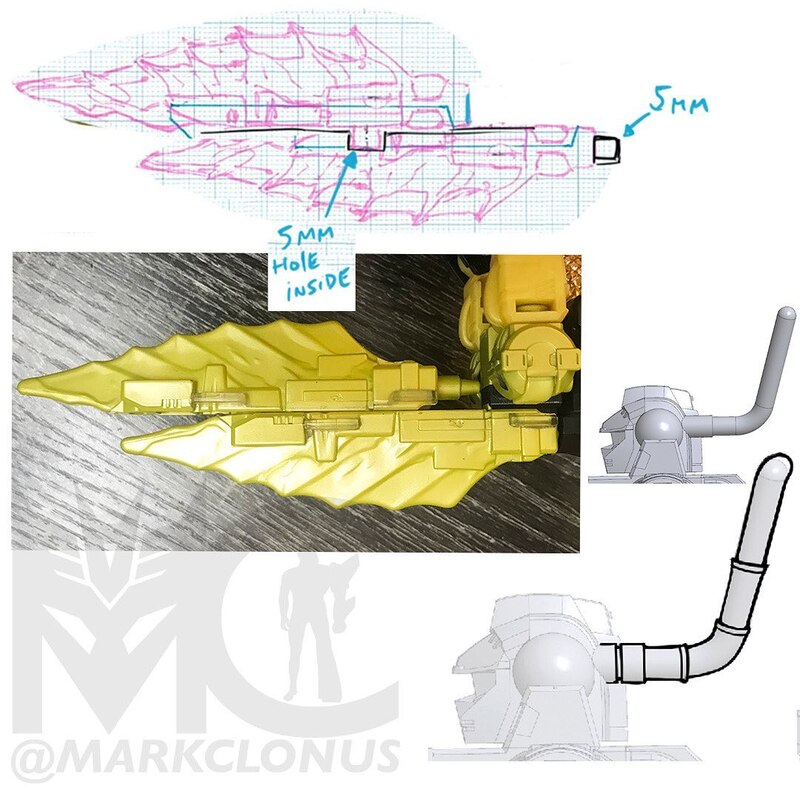 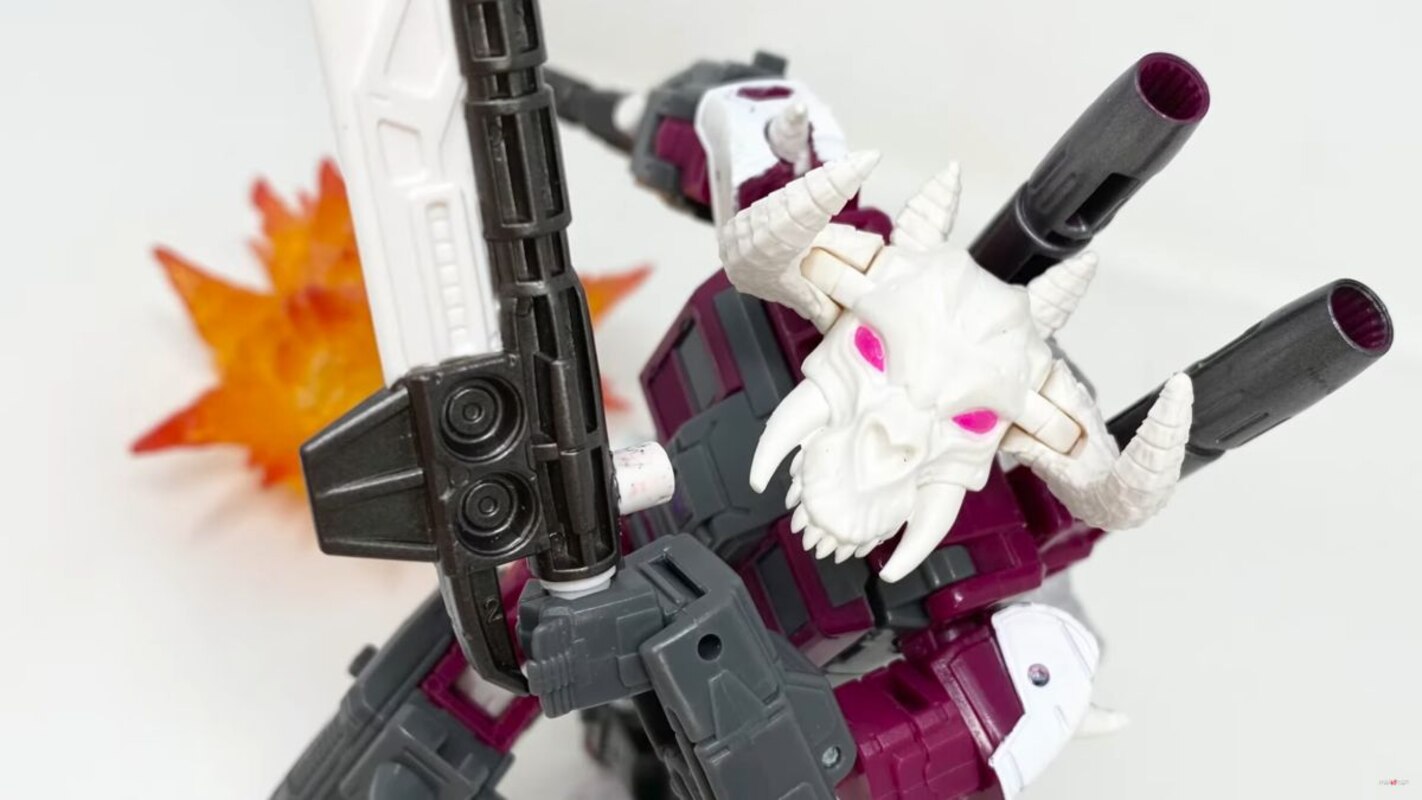