In what's appearing to be a popular move for third party companies, DX9 and Uniquetoys have announced a new figure based on Transformers: The Last Knight's Hot Rod! The co-production features diecast metal parts and two accessory weapons, and preorders will also receive a "Heroine" figure - Viviane Wembly with the Staff of Merlin - along with a pair of energy effects for the guns. Keep reading to see photos!

K3 LA HIRE is a royal guard knight.
Its size is matched with the MPM series. The door can be opened in the vehicle mode and put the action figure in.
The car spoilers can be adjusted up and down.It

also contain many alloy parts.
Its vehicle mode is perfectly matched with the real car whose back wheels are larger than the front ones.
The waist is made of rubber tube.

For those who book in advance will also get two flame accessories and the figure heroine.

The internet at large spells the TF5 Heroine's name as "Vivian Wembley," but TFWiki goes with the spelling we've used here otherwise, which is why we chose to use it.

"La Hire" was the nickname of Étienne de Vignolles, a French military commander during the Hundred Years' War. 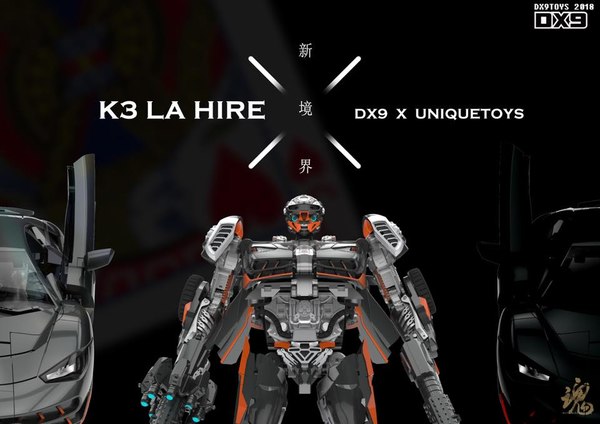 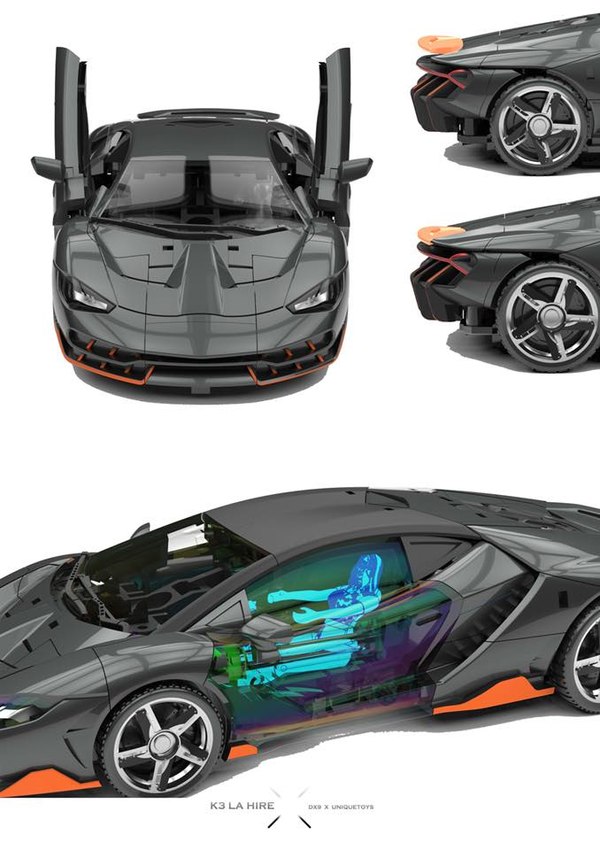 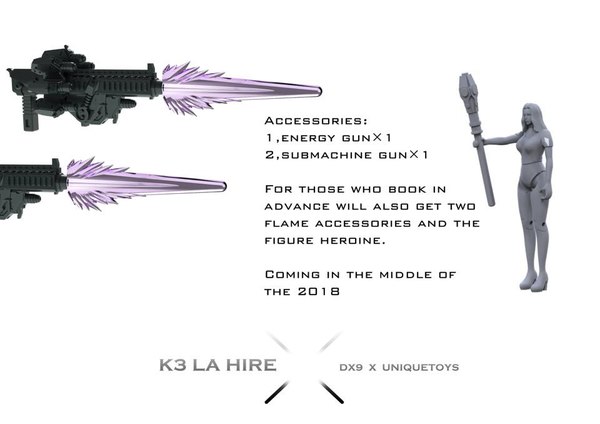 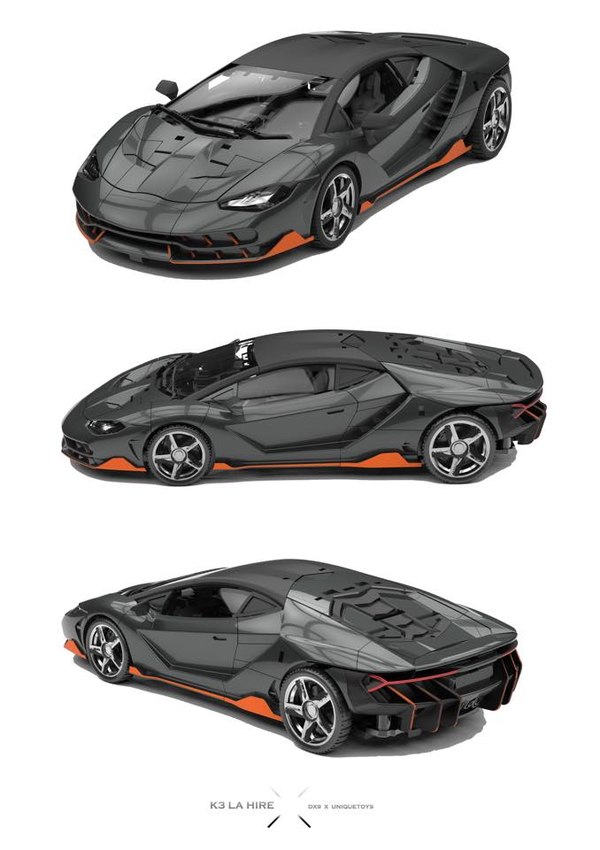 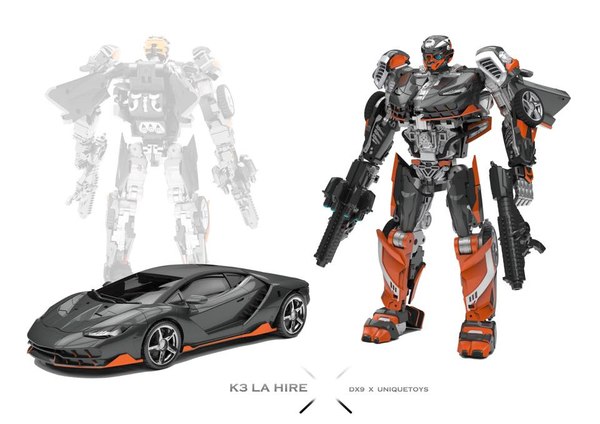