So you never even saw Titans Return Wave 5 or 6. And you missed out on your $50 Trypticon at Ollie's. And you're fully convinced that Power of the Primes Wave 2 is an urban legend (despite owning 3 of the Deluxes and all the Legends) and that Wave 3 is simply a mass-hallucination. Have you considered... stopping? If not stopping outright, stopping seriously collecting, and being emotionally invested in whether or not you get a given toy. RAC has, and he decided that stressing over his toy collection is a problem he no longer needs. Keep reading to see the factors that led him to this point.

5: You Can't Even Find Them Right Now

This week on Radio Free Cybertron, we all talked about the decided lack of Transformers on store shelves right now. My Walmart has Robots In Disguise Warriors, Power of the Primes Prime Masters, Studio Series Deluxes... and that is it. People in the know say there's nothing left for Power of the Primes at retailers' distribution centers, which means one of two things: Hasbro can't supply them, or they were simply never ordered. The fact that every price point of The Last Knight - alongside Generations Voyagers and Leaders - were reported clearanced at some Walmarts, the latter seems more likely. Whether they're waiting on this major line refresh that seems to be looming like (FURMANISM GOES HERE), or whether they're just done, that doesn't change the empty space on shelves right now.

4: Not Finding Any Is Not As Much Of A Distribution Downgrade As It Sounds

This is only a slight change to what it's been like trying to source things locally for me. For the last few years, Wave 1 of Titans Return, The Last Knight, Power of the Primes, and more hit shelves... and sat. For six months. Not the sign of a healthy line, and deathly boring for the small handful of collectors who bought all of that six months ago at retail, or possibly even online to get it sooner.

I saw Power of the Primes Grimlock exactly once, and couldn't buy it that day. I wish I had, because I still don't have one. I'm just waiting for my chance to form Volcanicus, here. Leader-class Optimus Prime, also once. Rodimus Prime I have still never seen. From what a lot of owners of that toy have told me I'm better off... and if I ever do get one I'm not looking forward to that sense of letdown that's going to come with a long-awaited toy being a disappointment. I got sick of that too.

On top of which, my time is limited. I can only go to so many stores and travel so far. So even though I'm in a major city and can get to a couple Targets, two or three Walmarts, it's not really feasible to go treasure hunting on the regular.

And again, that was when stores actually sold things. I miss stores with things.

3: They Cost Too Darn Much And I Am Poor

DID YOU KNOW: Freelance writers do not generally make the Forbes 500.

Like most adults, I've got budgetary concerns, things that have to be done and people that need to be taken care of. The costs mount and the responsibilities increase. And it was a lot easier to just pick up a Deluxe with pocket money when they were $10. Or even $12. Sometimes recently they've gone on sale for $15 and it felt special, for crying out loud. $20 Deluxes is not something I can buy whole waves of. Collecting is different for every person and every budget; some people can collect unofficial third-party $100+ figures by the boxload and not blink, and some people look up one day and say "Hey, I've got every single-carded $5 Titan Master and that's the first line/price point I've gone completist on in years. Neat!" I'm towards the bottom end of that scale. I am the bottom end of that scale.

And combiners just make things harder in a variety of ways. The piecemeal nature of Titans Return, where buying one toy does not impel you to buy four or five others, was much easier for me. I wound up wanting to own most of it, but let me tell you: I am so happy right now that ExVee picked me up PotP Moonracer and the Wave 2 Deluxe Dinobots, but not Rippersnapper. That just leaves me needing that Grimlock. If I was stuck with one or two Terrorcons basically forever, waiting for Wave 3 to show up? I would be pulling out my hair.

Like I said: everybody's budget is different. And everybody justifies their toy purchases to themselves in different ways. My personal version of Dononomics is that: I will only pay more than the least I have heard of a figure going for at retail if I am absolutely desperate for that toy. This has bitten me before, with things like the price error for the Target exclusive Transformers Animated Purple Shockwave. But when the options are finding the fifth wave of Titans Return Deluxes at Ollie's for under $10 or finding them on Amazon for $40, and your Ollie's doesn't have them, the right answer is Stop Caring!

Take that mindset, mix it with a compulsion to Catch `Em All. From there, finding online sales and deals to offset the mere price of shipping and/or specialty retailer markup makes collecting its own special kind of hell.

1: Reboot Time Is A Great Jumping Off Point For Old Collectors

As all of these factors have piled up over the years, I've played with the idea... toyed with the idea... man, too many unintended puns. I've thought about the idea of quitting before. But that completist compulsion, as long as it was not a complete hassle to get what I wanted, kept me going until I could reach a point where I could say I was "done." But done never comes. There will be another cool-looking toy, and if you think of them as part of a larger collection you will be pushing that rock up a hill forever.

But if you're looking for a time to make a break and get out from under that rock, there is literally no time like the present.

As I've said above, it looks very much like Power of the Primes is dead-ending pretty hard. Maybe things will start shipping again soon, and that would be fantastic. But even if they do, we're at a point of transition: the movie series is rebooting and/or taking a break with the advent of Bumblebee. IDW's ending its universe with Unicron. We're rebooting Generations itself with War For Cybertron. And we're starting a new all-ages line in the fall in the form of Cyberverse. I was already priced out of collecting multiple Transformers lines, but if I was already thinking about not obsessively collecting any, this is the perfect moment. And since it will probably not come again for a while, it's time to act.

Quitting, But Not Cold Turkey

So what does "stopping" actually mean for me? I still like Transformers, as a toyline and as a world to tell stories in. I want to see neat Transformers toys and fun and good Transformers stories. I don't intend to stop feeling those things.

But what I'm really talking about here is a change of mindset. Of changing a collection or an obsession back into a hobby, because I enjoyed it more as a hobby. Because I write for TFormers and appear on RFC, I've felt an urge to keep up, to stay abreast of things and collect and review as best I can. But that feeling of pressure that my circumstances and I have imposed on myself have to stop now. It's difficult to afford the cost, but what I really can't afford is the feeling of stress from not doing that. It mounts, and combines with other stress, and actively makes my life worse. It outweighs the increasingly rare, increasingly fleeting pleasure of playing with a new toy by a wide margin anymore. Why do that to myself?

So from now on it's just going to be a somewhat more casual hobby that, because of my other activities, I happen to know a fair amount about and keep current with. Will I still buy Transformers? When I see them and can afford them without issue, sure! Cyberverse Megatron looks neat, and I kind of want one. But it's time to do away with the feeling that I need this. That I should get them, should go out of my way for them, do serious financial planning around how to get them, when, and where, and justify the expense to myself. Feeling like I wasted gas and time every failed local search, and like I wasted money whenever I buy them online.

Do whatever you have to do to get the negativity of "serious" collecting out of your life. Because they're just toys. 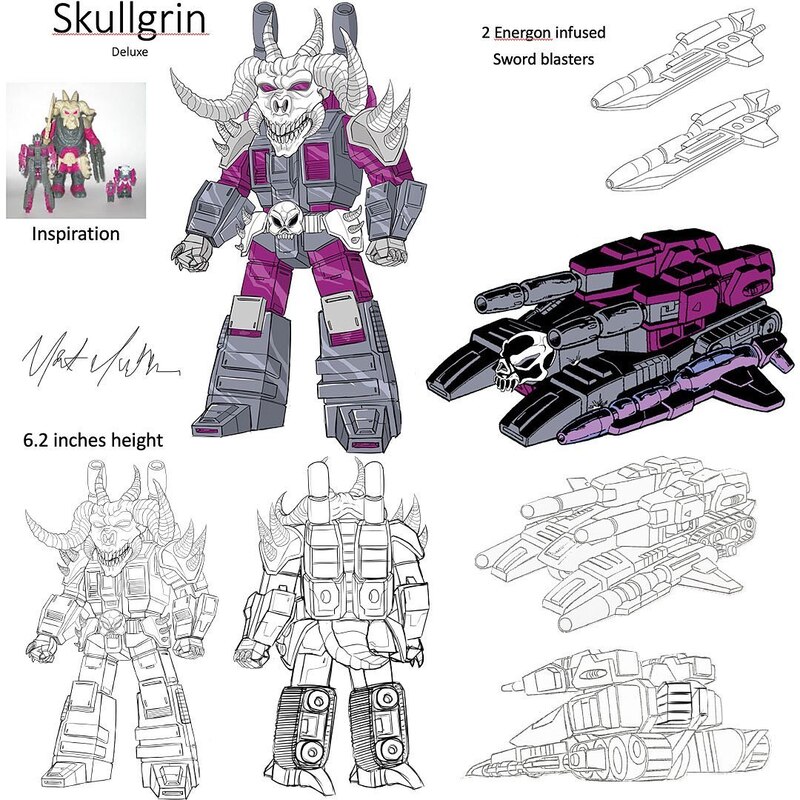 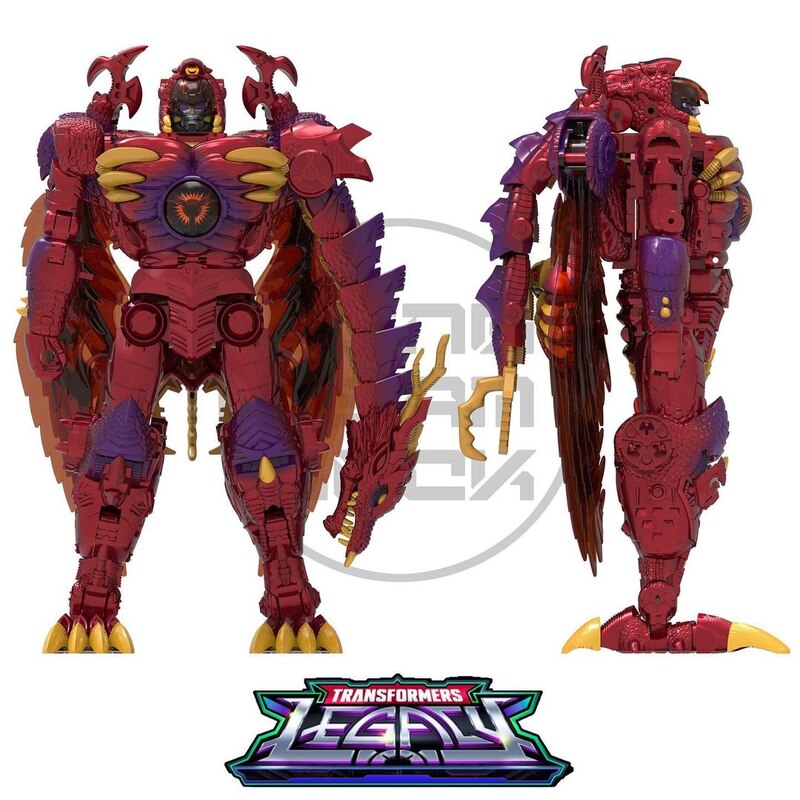 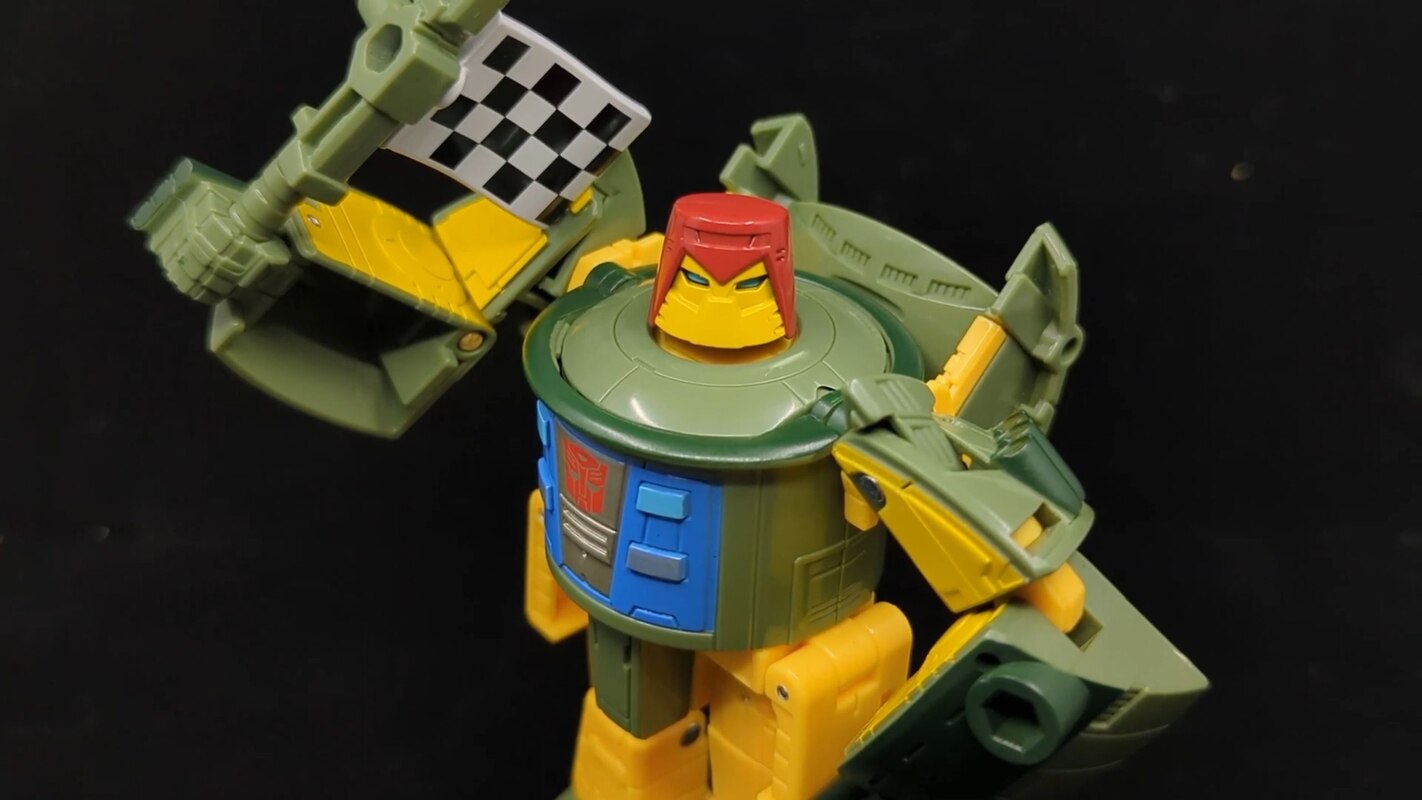 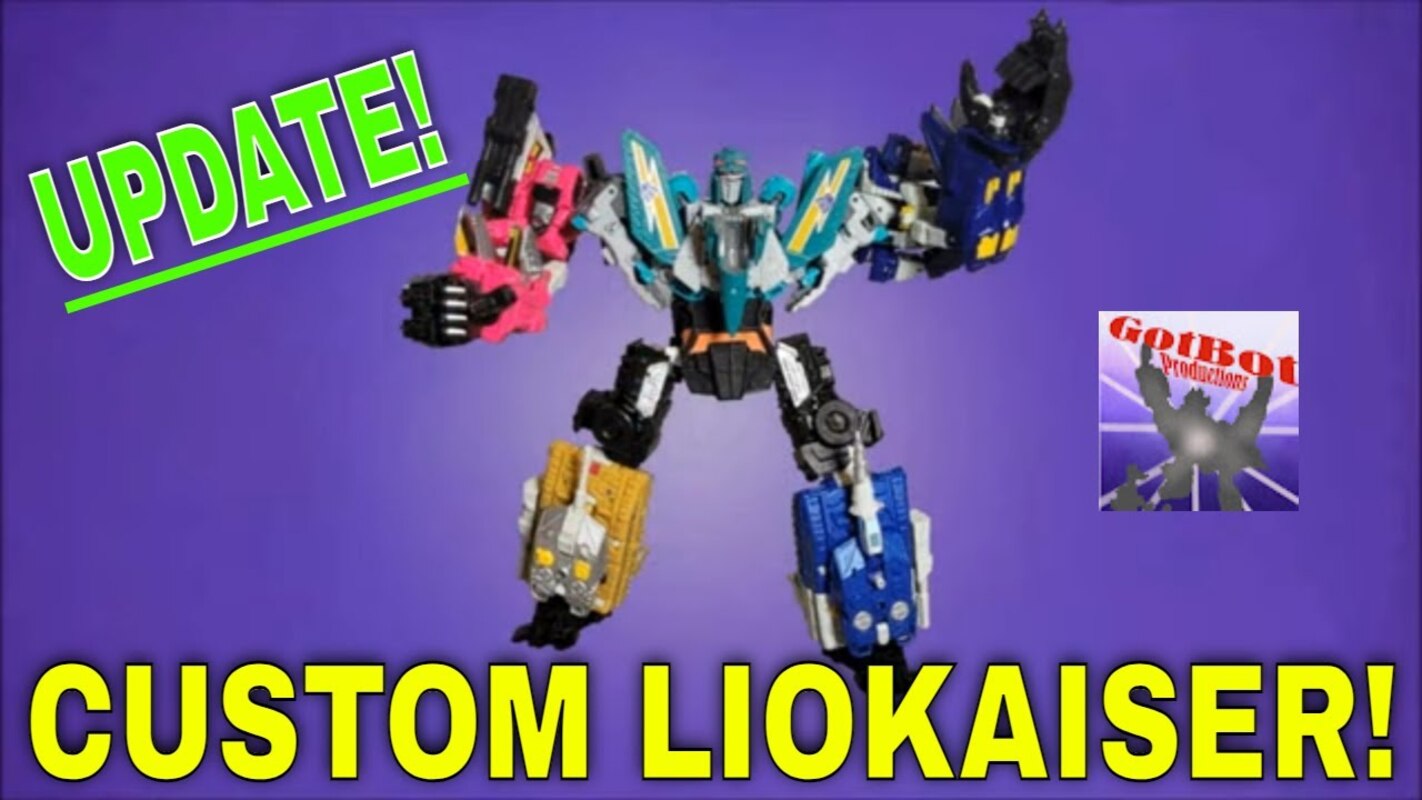 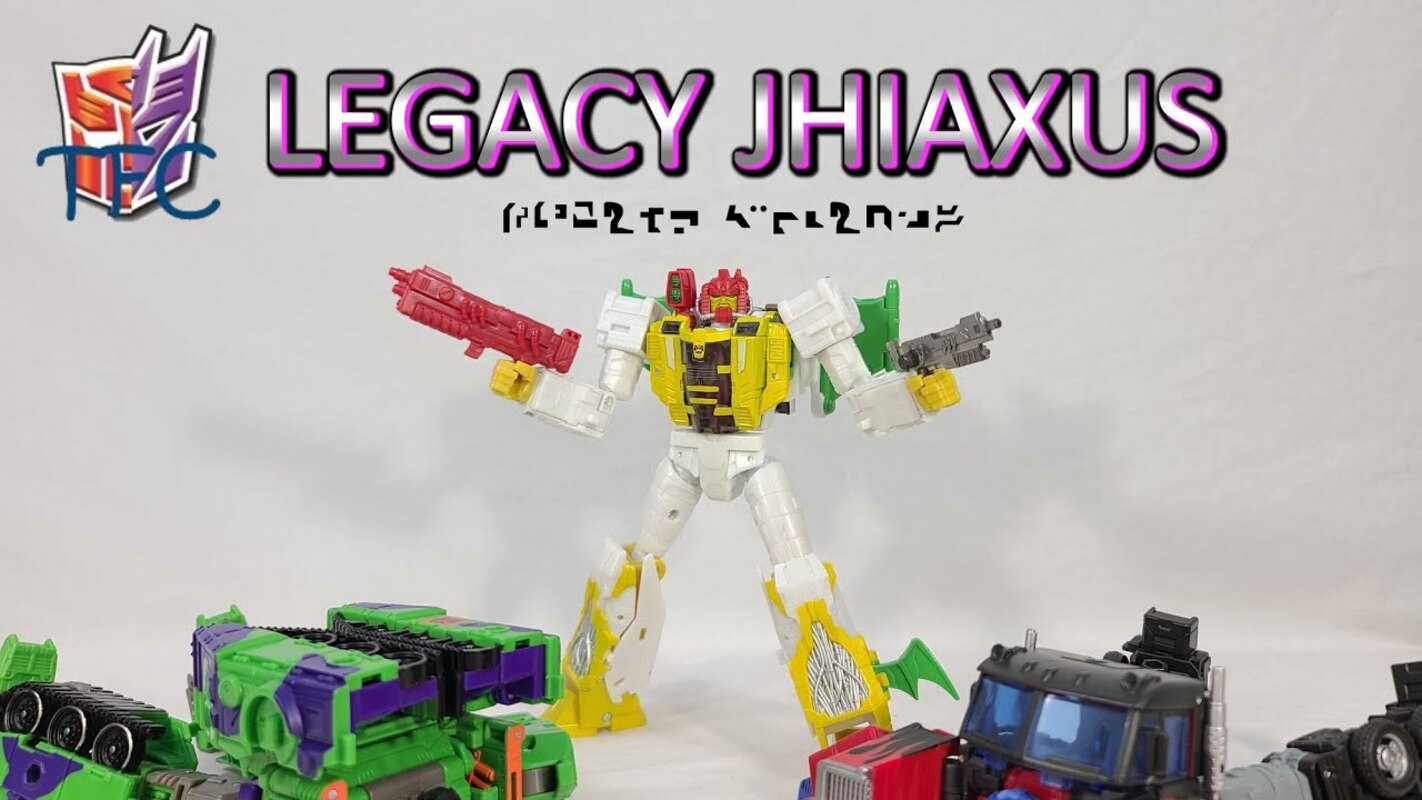 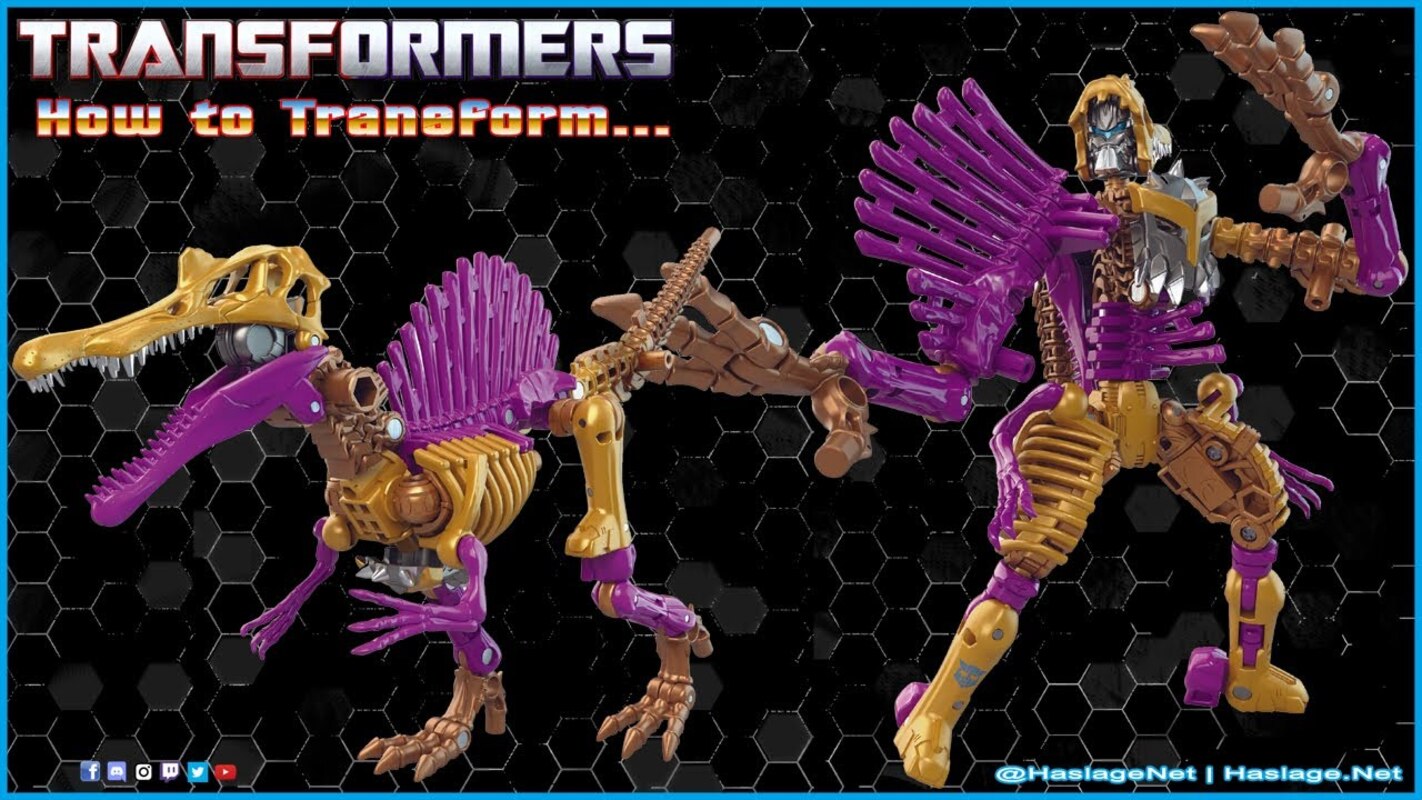