Toy Scope has posted on Facebook a set of pictures and a brief review of a near-final sample of Browning II, the next entry in the Fansproject Function X unofficial Headmaster lineup. The review mostly talks about the details of the transformation (watch out if you like to stay surprised on these figures) and a short run through of the articulation in addition to some quick, more general comments. Plus we got a number of nice photos out of it showing off the figure's two modes. You can see a copy of the review as well as the photos below!

Spiffy. Really spiffy looking bot. As is typical of Fansproject's Function Series bots, Browning II sports a really clean robot mode, hardly any kibble ('cept for the rotor blades which fold away nicely and click neatly into storage, we likey!), you would be hard pressed to guess what he transforms into without the hint from the positioning of his rotor blades on his arms. Paint applications are all cleanly done, no overspills, not even on the canopy which we found particularly neat. Of course, the color scheme just screams High Brow, who are we kidding?

24 points of articulation, of which 10 are ratchet joints. Fansproject's design lets Browning II tuck in his elbows and knees quite nicely even without double jointed knees and elbows. Pretty impressive for a voyager sized figure. We do note that due to the nature of the transformation scheme, extreme poses could be a slight issue when it involves his right leg. More on that in the next section.

If you were expecting a straight forward symmetrical transformation scheme, you will be disappointed. While the transformation was easy to figure out, it is also typical of the Function Series where parts fold away to other sections which you would not think of under normal circumstances. For instance, the hip joints need to rotate 180 degrees for the transformation and his right leg splits to form the cockpit section. This is where Fansproject shows their innovative approach to engineering their toys. Whereas you might expect Hasbro to forgo articulation on that particular ankle joint, Fansproject took the opposite approach and ADDED articulation to Browning II's right ankle in order to compensate for the ball joint which had to be sacrificed (right ankle now has 2 swivel ball joints). You can hardly see that there are any differences between his 2 legs just by looking at him. The whole transformation scheme just works. Everything clicks and locks into place, resulting in a beautiful copter mode.

Browning II's headmaster fits into the cockpit as expected. No outta control vehicles here! Power meter is not available; although that's just the fanboy in us wishing for it. Pretty please FP?

We have being informed that the paint apps on Browning II's face, hip and feet are not finalized and that we can expect a more matte face paint job, among other changes. 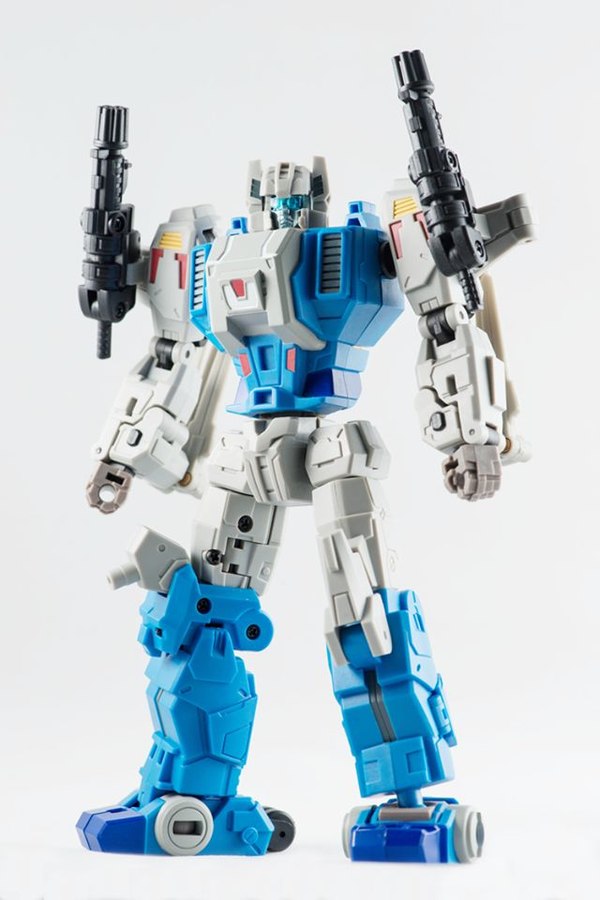 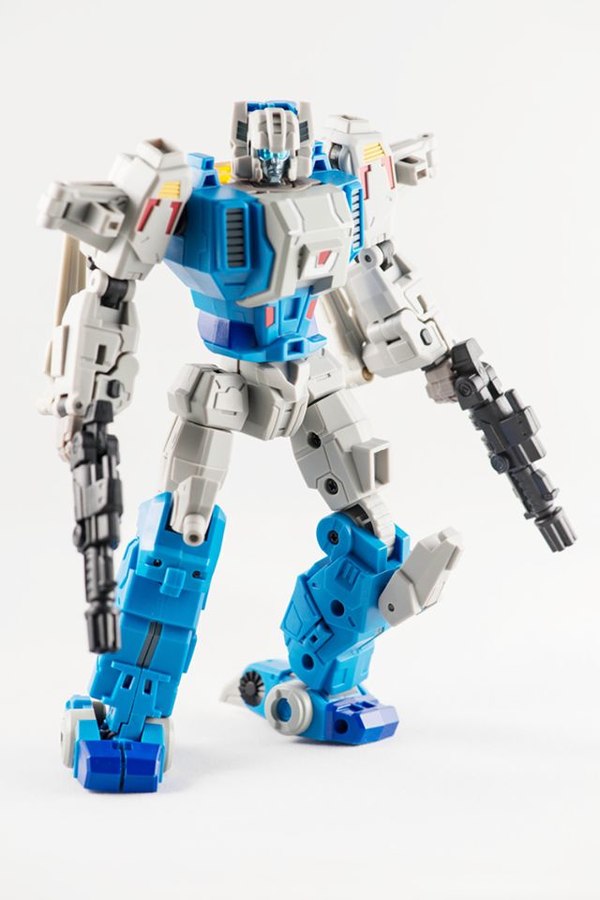 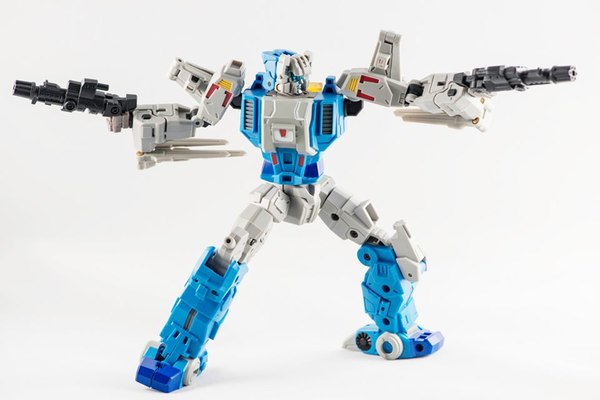 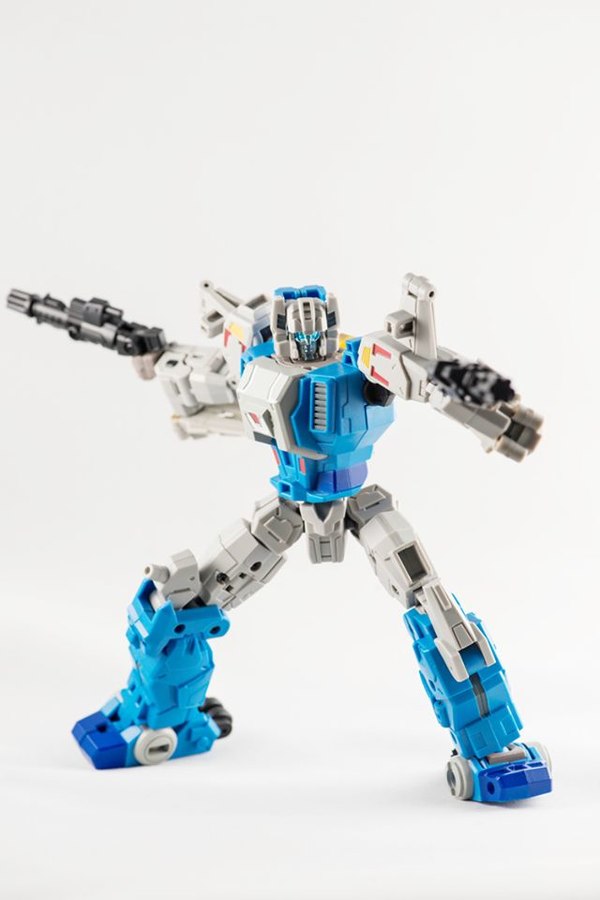 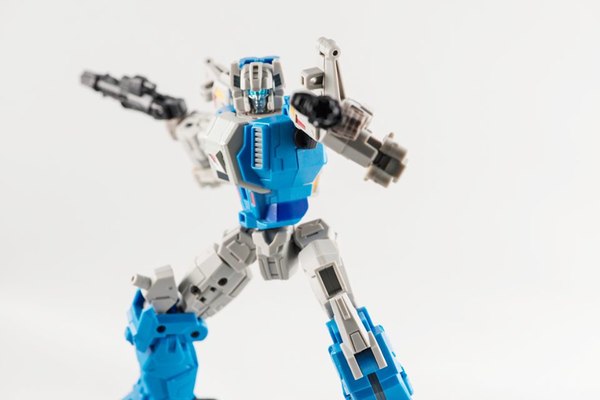 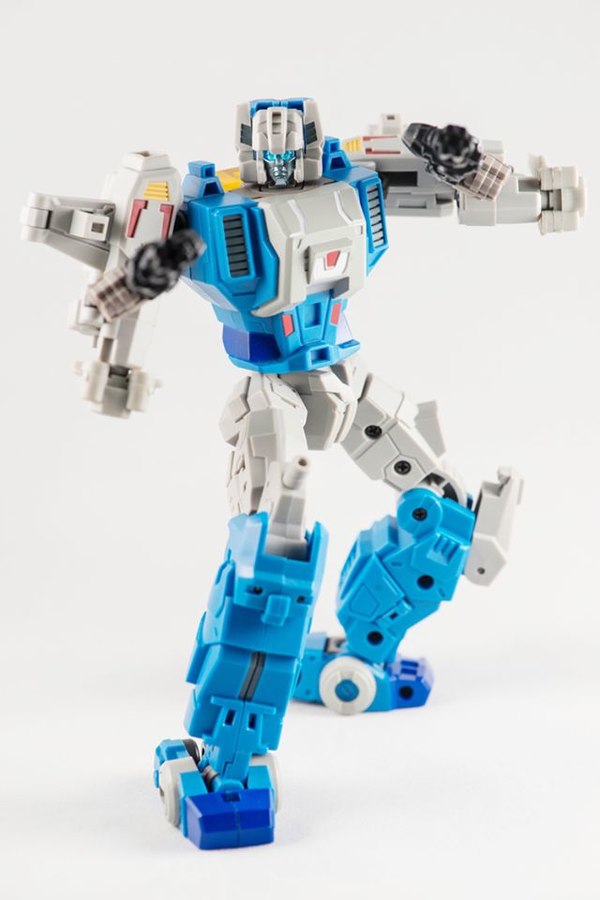 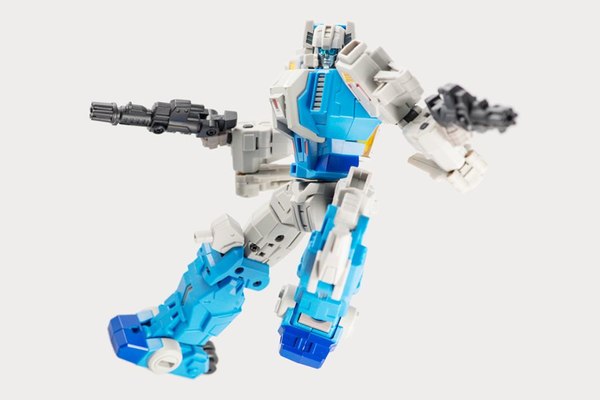 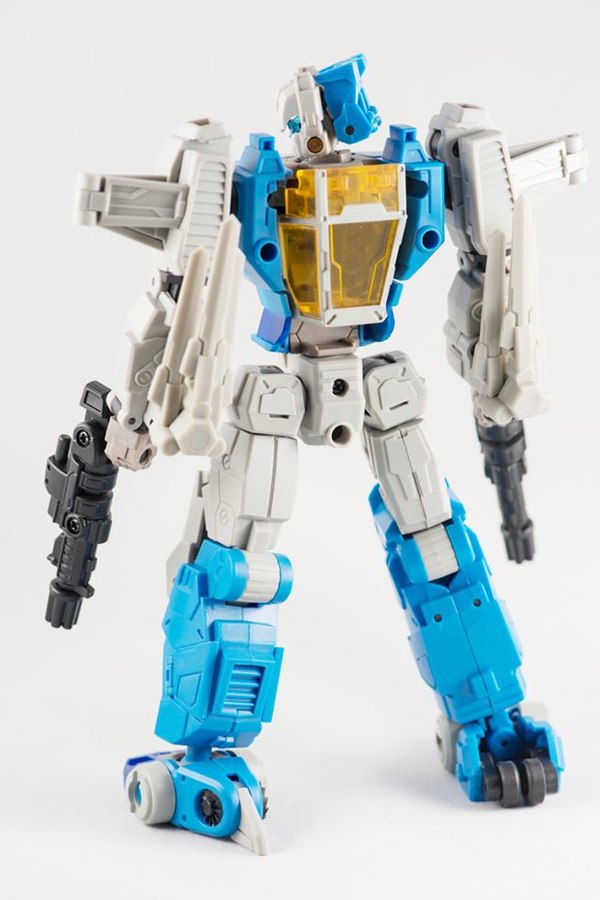 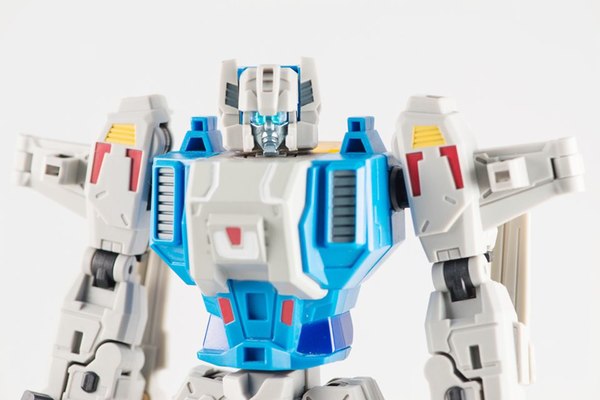 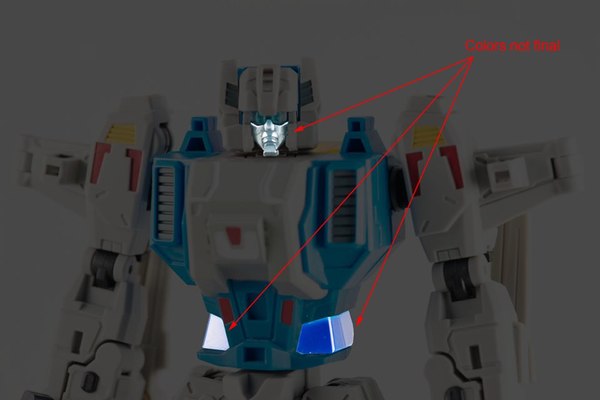 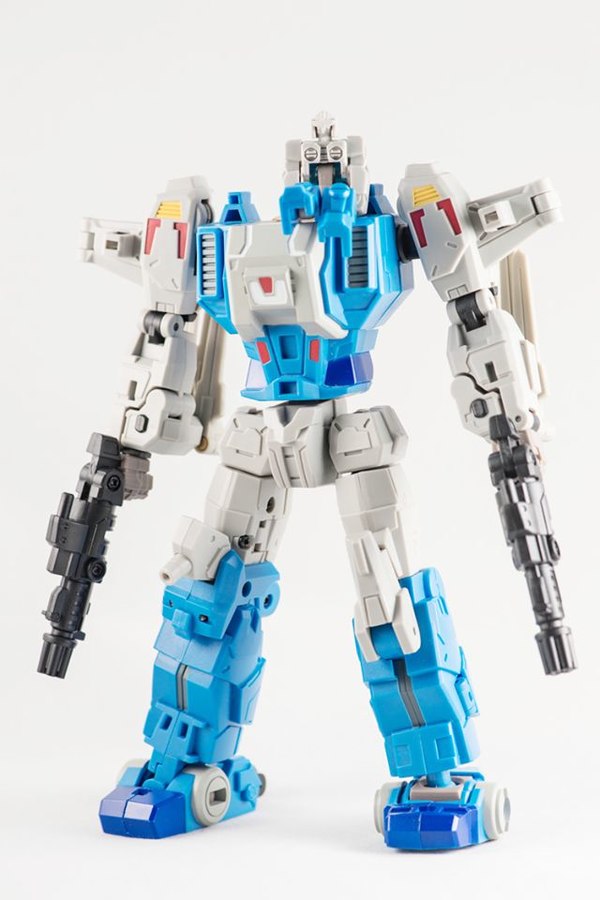 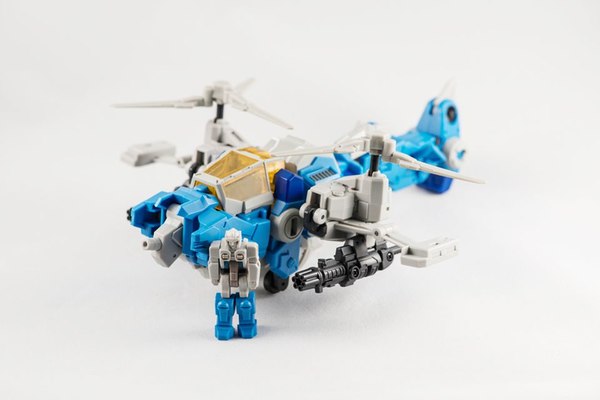 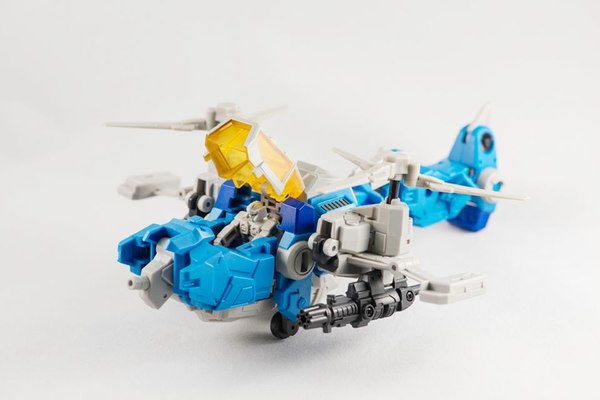 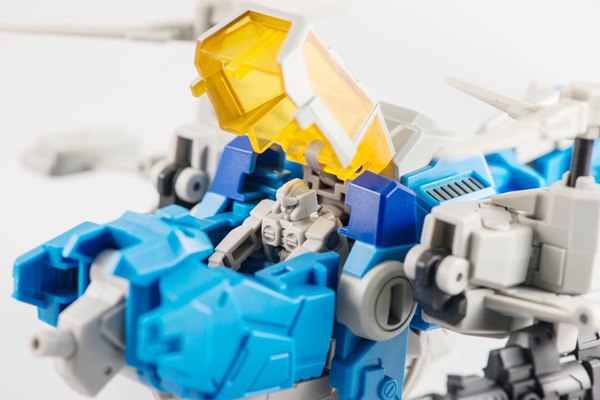 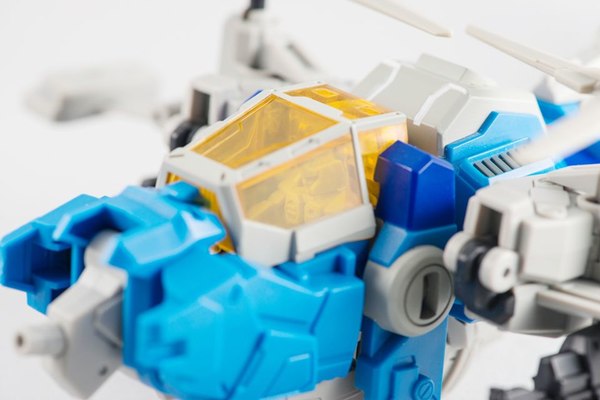 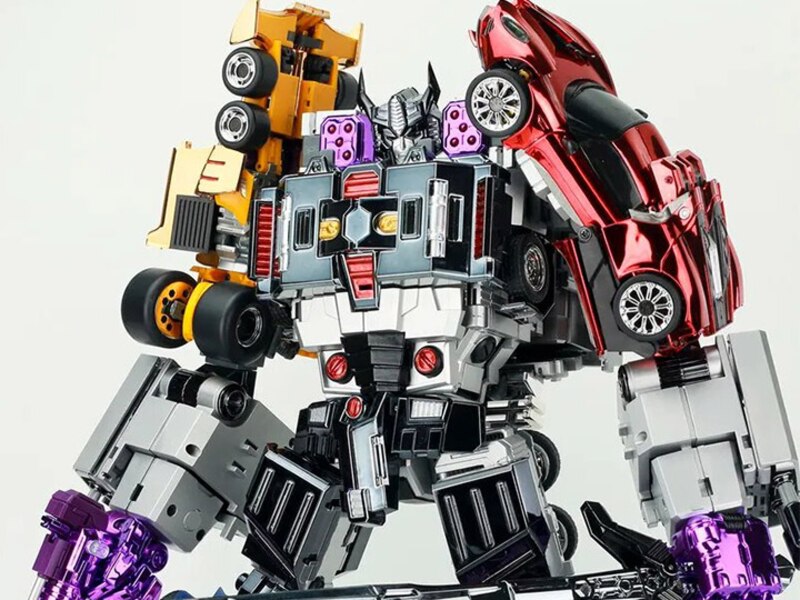 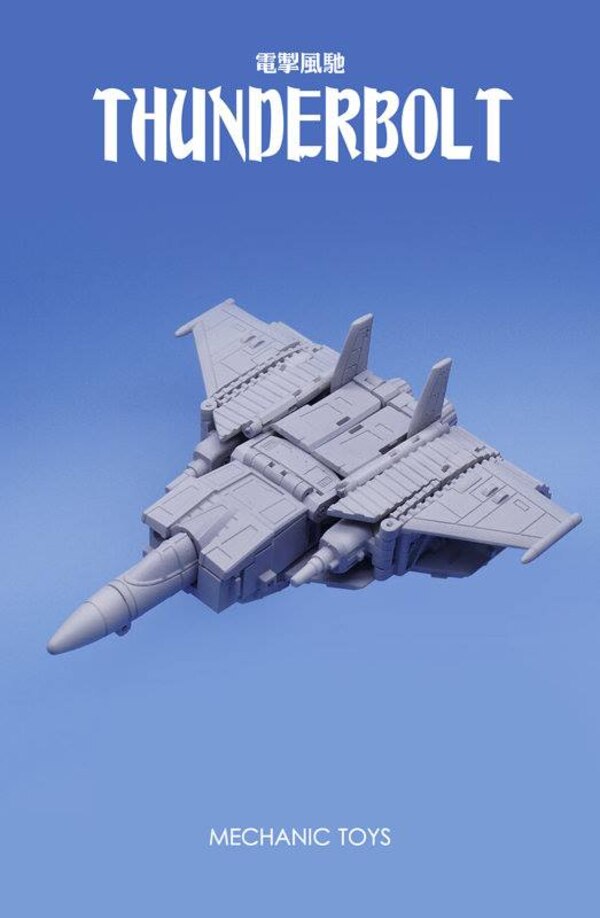 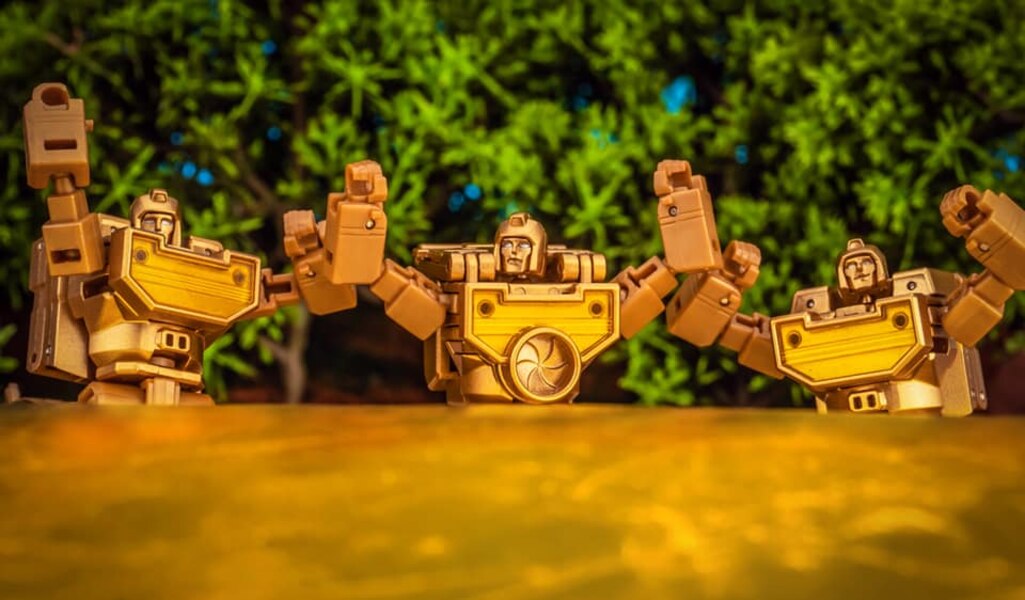 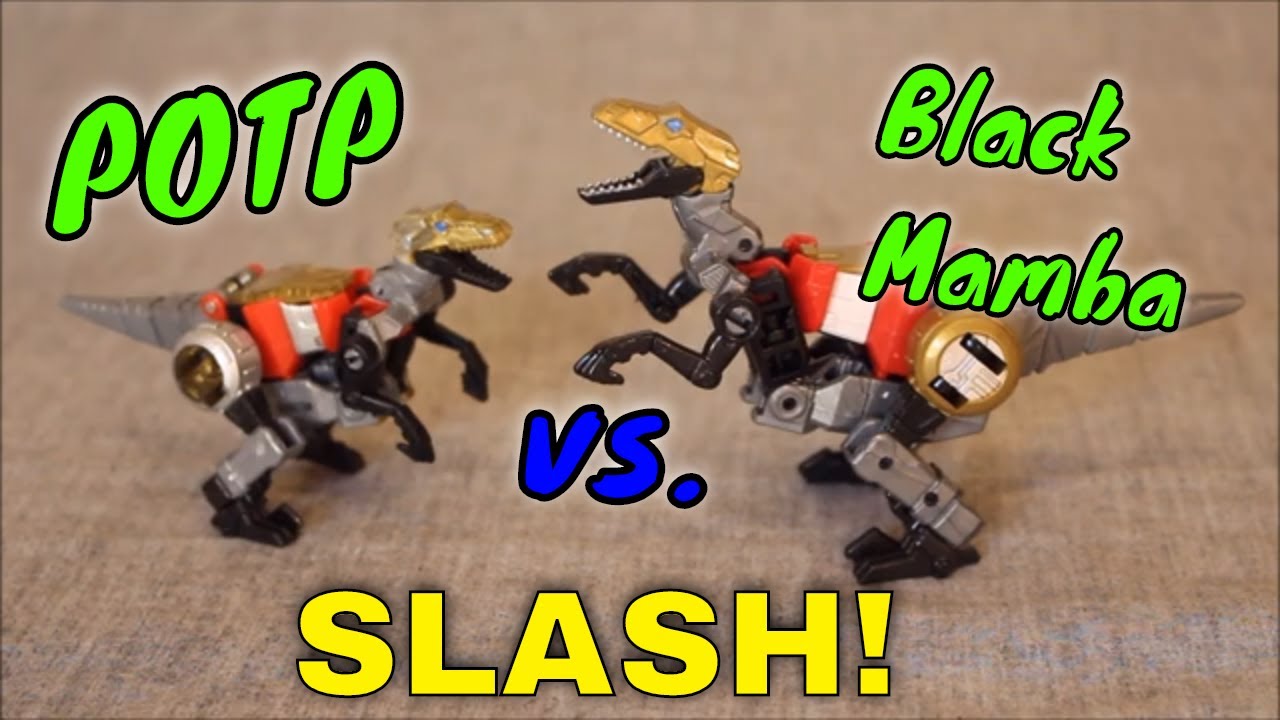 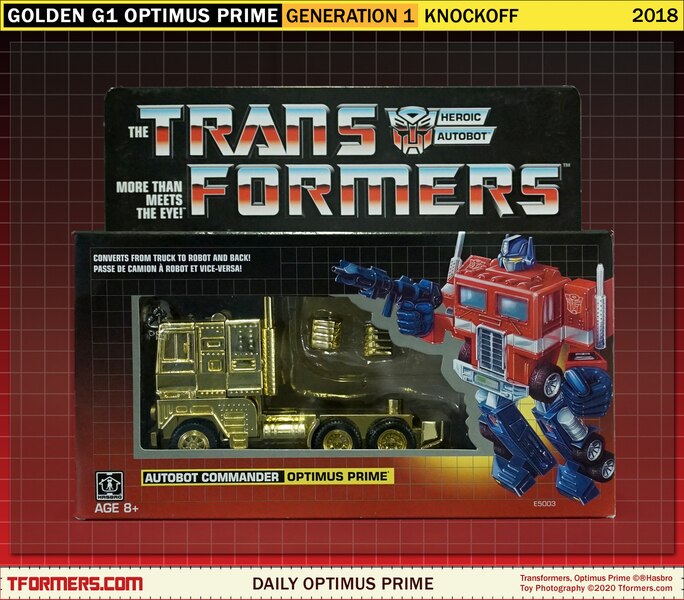 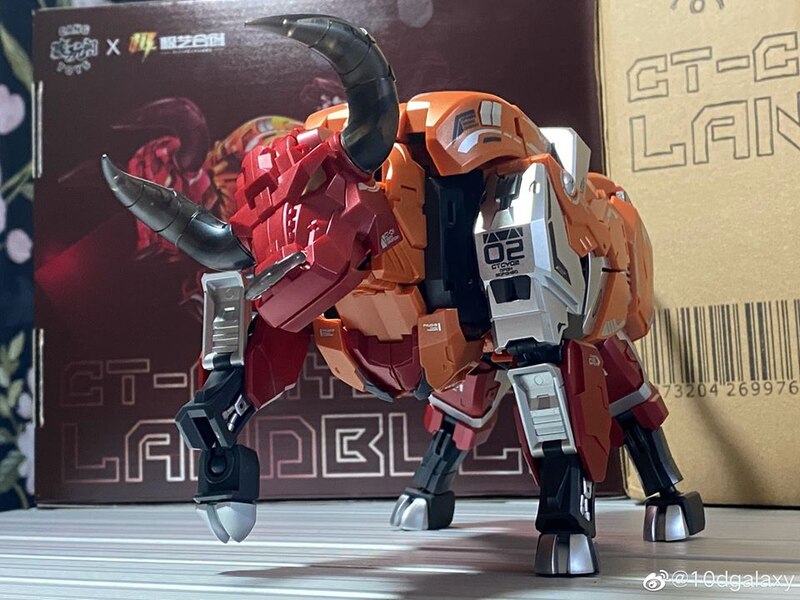