by ExVee on July 26, 2019
Shared on Twitter by ref Kyle, we've got our very first look at the previously rumored Generations Nightbird, made from the Siege Chromia mold. The rumors floating around - nearly all of which has otherwise been proven right - had this marked as a Generations Selects release. Sensible choice both to avoid another round of this base mold shelfwarming alongside reported quantities of unsold Chromias, but also from a story logic perspective where the toy is no longer tied to the pre-cartoon, war on Cybertron setting. After all, Fujiyama, the famous scientist, would probably have a hard time getting his ninja robot for science all the way to Cybertron 4 million years ago.

From the one photos we have, this does look like just Chromia with a pretty nice looking new deco, and a Nightbird head. No accessories are shown, so we can't know yet whether Nightbird will just come with the same gun and attachements Chromia has, or might get something new and more character-specific. We also don't know about the release date or retailer. But the way these Selects go, half the time we don't have a clue until someone lists them for sale out of the blue one day. But together with the two Powerdasher Weaponizer remolds that we believe will be Selects, it seems like there's a pretty big batch of these releases ahead of us for the second half of this year!
Image (click to enlarge) 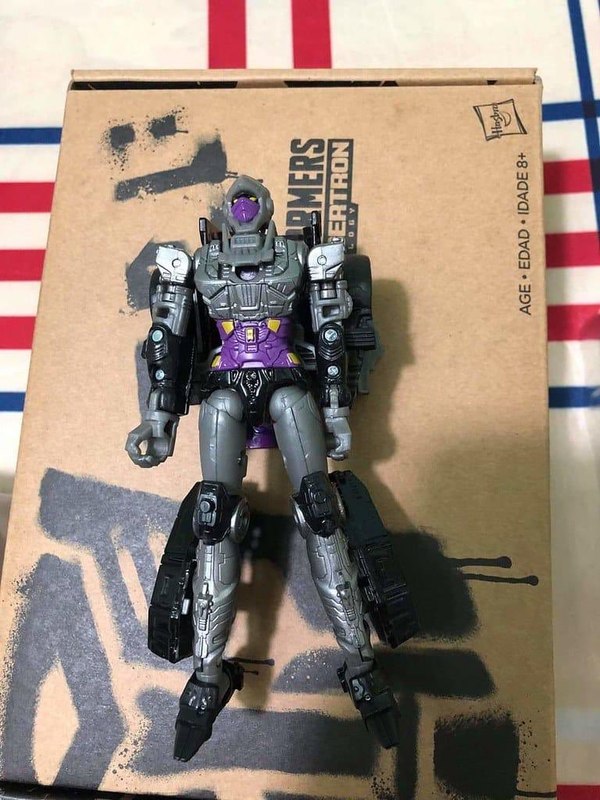 This looks really cool. I think I still prefer the legends version, but I don't have that one,sothis will be an instant buy for me.?