Last year's short but memorable Transformers: Devastation featured a boss battle with Shockwave where the one-handed logician displayed a fascinating, very video-gamey power: the ability to create duplicates of himself. Naturally you'd think this was an invention by Platinum Games... but it's not! The Transformers Wiki has posted to Twitter a picture of Shockwave's description from the original 1984 series bible, with some very familiar but new information. Keep reading to see!

So, the power Shockwave displays in Devastation was a part of his original bio, a hidden power that had gone unused for more than thirty years!

Transformers: Devastation is a G1-themed "stylish action" game designed to bridge G1 and Combiner Wars. I reviewed it for TFormers last year, and you can check out that review by clicking here!

If you need a refresher on the Shockwave boss fight - the only boss fight in the game that does not repeat in some fashion - you can watch a YouTube video of the battle below and see Shockwave use his long forgotten Shadow Clone Jutsu power: 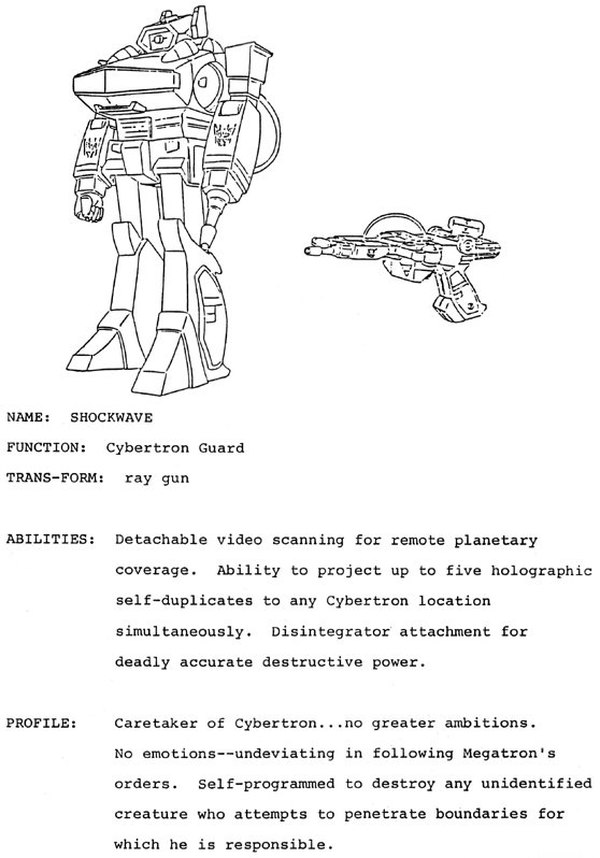 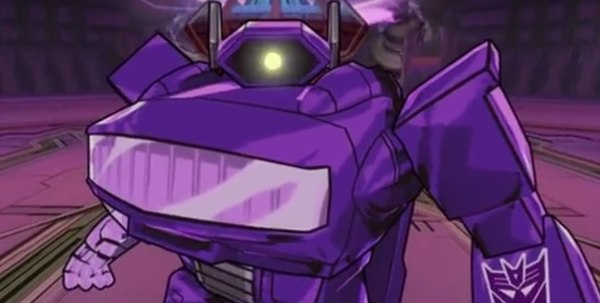