It's got to be grim at eOne this week where some of their first media rollouts have been less than meets the audience.

First, Snake Eyes: G.I. Joe Origins, bombs at the box office with a mere $13.3 million opening sales on a $88 million budget means things are not looking good for turning a profit.

Next, Transformers War For Cybertron: Kingdom is met with mixed reviews and low interest in the final chapter. This is no surprise when the heavily compromised show requires an almost total disregard for the original stories and characters fans are passionate about.

NOW, we've got news swirling on the SNS that Transformers: Rise Of The Beasts could be delayed to the 2022 Xmas Holiday. This news is based on a recent copyright entry that has been verified (shown below). Presumably, movies file for a copyright with the date they plan to release on, and here we can clearly see the "Projected Date of Publication: 2022-12 (Approximate)" section shown this is no longer a June 2022 release date. 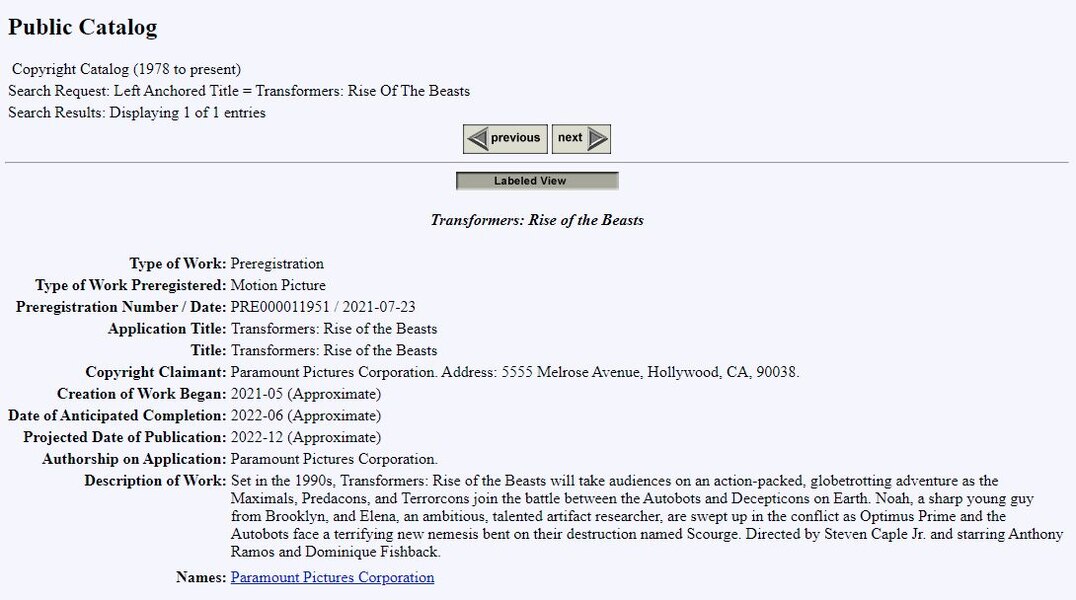 What does this all mean? I don't know, but I am fine with stating the obvious. Hasbro has been ignoring fans' preferences pretty much from the start with Transformers (2007). Let's not forget the "That's Not Megatron!" uproar for example. What could have been sure things always seem to fall to the wayside trying to accommodate untested ideas, marketing schemes, actor development, and minimized budgets. When the audience votes with their dollars, we can see that Hasbro is losing the election with the very fans who nominated them. Paramount / eOne has forgotten too soon that Aquaman destroyed Bumblebee at the box office in 2019. It sucked the least of all the Transformers films is the best we can say about the B-movie.

Set in the 1990s, Transformers: Rise of the Beasts will take audiences on an action-packed, globetrotting adventure as the Maximals, Predacons, and Terrorcons join the battle between the Autobots and Decepticons on Earth. Noah, a sharp young guy from Brooklyn, and Elena, an ambitious, talented artifact researcher, are swept up in the conflict as Optimus Prime and the Autobots face a terrifying new nemesis bent on their destruction named Scourge. Directed by Steven Caple Jr. and starring Anthony Ramos and Dominique Fishback.


As a fan, the relentless compromises have burned me out with settling for what is obviously a studio that either doesn't want to understand their own fan base, or is trying to get rid of us. So with all the bad news, this may be good news if it means they will finally do the right things that will get people to watch more than just the trailers. Already, fans are losing confidence in "Rise Of The Beasts" (official description above) with choices like "Scourge" and "Mirage" displaying continued disregard for what fans really know as the Transformers. Lorenzo and Stephen, PLEASE fix this now and make a story we like with the characters we want. We'll buy tickets for it this time if you do, promise!

I started watching Kingdom last week and I'll admit that I felt some childlike excitement.  I wanted to give the series another chance, despite not enjoying Earthrise and being ok with Siege.  And I couldn't finish Kingdom, I only got partway through the second episode and I didn't want to watch anymore.  The first episode threw me off: the Maximals didn't act like Maximals:  kind, hopeful, and using violence as a last resort.  Of course the character voices were different too.  The size inconsistencies with the original series threw me off as well.  It's like the creators were just playing with the toys and weren't committed to continue the original stories, they were given the keys to  the toy box and wrote some fanfiction that Hasbro was willing to pay for.  When the Predacons acted out of character it started to get to me.  I turned off the show when Beast Megatron's voice drastically mismatched the original 90's series. I realized that I didn't want to watch anymore.  The character even spoke a classic line in the show: there was an added "Yes" in the dialog and it just didn't fit, it didn't work.  There was no deep, menacing voice, dripping with subtilty and purpose. When I knew what Megatron is "supposed" to sound like from the Beast Wars show, this new voice just sounded too youthful, and it through me right out of the story.

Anyway, I was half watching it for myself and half screening it for the kids.  Maybe it's just supposed to be a kids show directed at children and maybe kids would get something out of it, but I don't want my kids to watch it.  The entire series is so dark, with what happens to Magnus and the creation of the Nemesis that I don't want to show it to my kids.  I ignored that impulse and showed off the first couple episodes of Siege to my seven year old and after that he had no desire to watch anymore of it.

Both my kids like watching the old 80's and 90's shows and I can enjoy those with them.  The kids both ask for Transformers.  And Hasbro did a great job with the newer My Little Pony show that ran 9 seasons: and I can enjoy that with my kids: who both love it.  Kids shows can be written well such that both kids and parents get something out of them: but Kingdom is not that show.

I wish there was more incontinuity G1 and Beast Wars and even Beast Machines.  I guess it's pretty telling when the people in charge of the show aren't able or willing to get the original voice actors.  And aren't on board with writing a series that's in any continuity.  I mean, if they want to use the designs for Optimus Prime and use that nostalgia factor to get people to buy toys or watch a show, to buy toys then maybe they should write that character as Optimus Prime and not his angsty little brother.  And that chritic goes double for Beast Megatron.

Transformers Rise of the Beasts will at beast be a "free" streaming watch if I watch it at all.  And Kingdom isn't worth your time.  Please go watch anything else, or better yet, turn the screen off.

I hope this post saves at least one person's time and money.

Also, and I have to say this because of my screen name: where is Sunstreaker?: Earthrise Sunstreaker is the best Sunstreaker toy to date and he's not in the show.  Do you know how happy I would have been with a Trailbreaker, Sideswipe and Sunstreaker scene.  Or even a "Megadunce" scene. 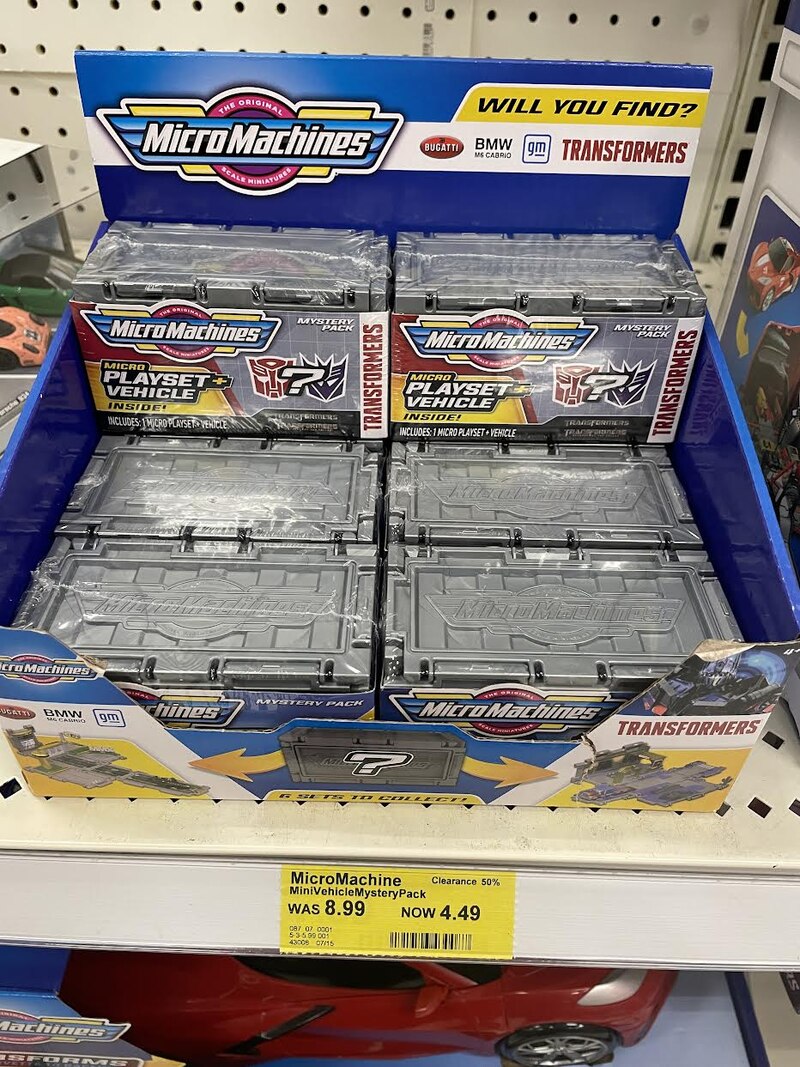