Just in from Licensing Expo 2022 at the Mandalay Bay Convention Center in Las Vegas, Nevada, we have news by way of Joe Kleiman @ThemesRenewed on Twitter of the Transformers and My Little Pony themed hotel rooms opening in Shanghai. According to the report, Hasbro's planning the “first of its kind” themed hotel that was revealed in their booth at Licensing Expo, Hasbro states:

The first of its kind, a Transformers and My Little Pony themed Hotel outfitted with a Family Entertainment Center. The Hotel features 46 themed rooms. The Shanghai property is a three-story high entertainment facility offering hotel guests a fun packed family adventure.

The panel on display in their booth shows images of one of the 46 rooms that have a big Autobot symbol on the wall and various related decoration elements throughout. Thanks to @ThemesRenewed on Twitter, we have our first preview of the rooms in Hasbro's Expo booth. 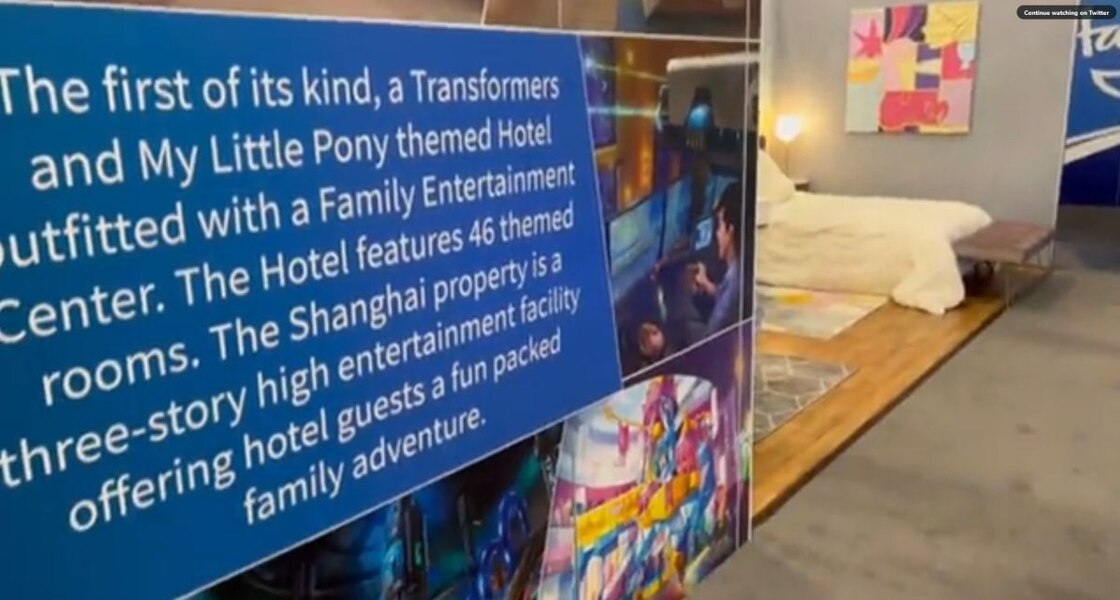 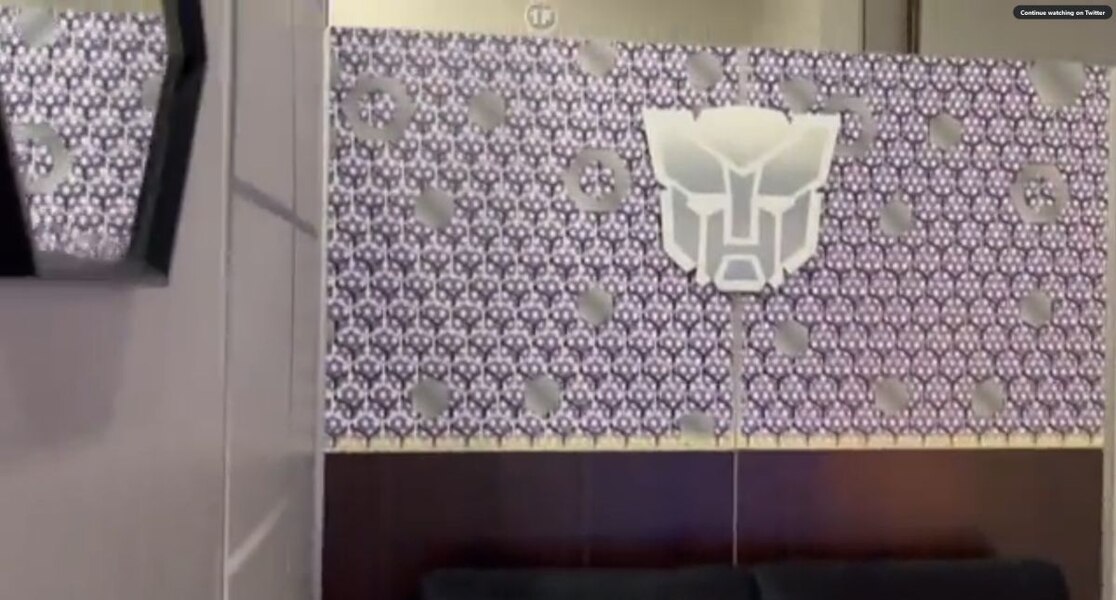 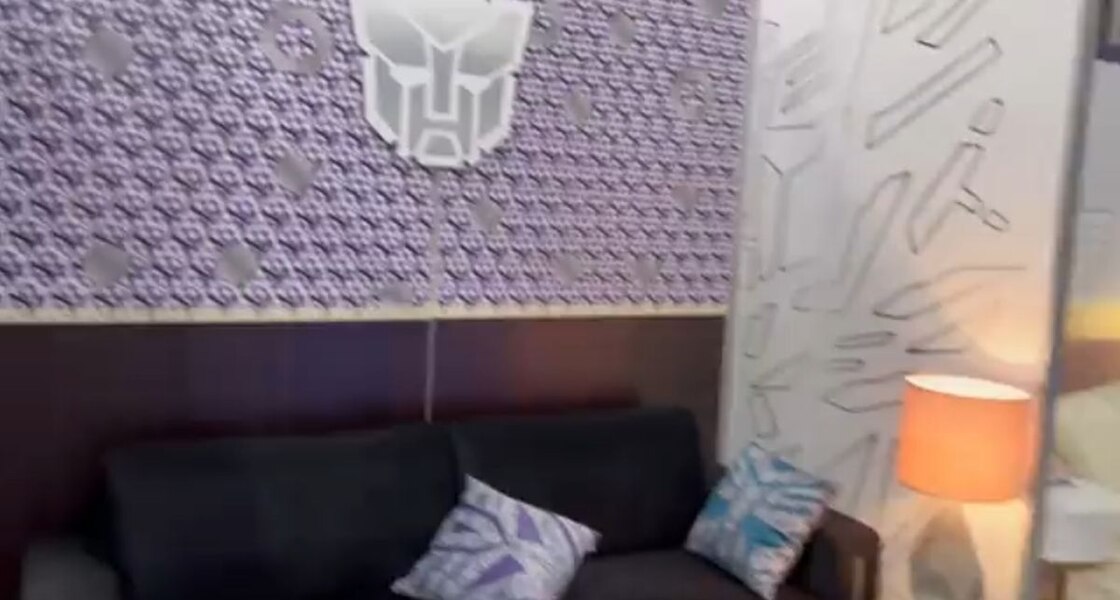