When you were initially approached by IDW Publishing tobe part of the TRANSFORMERS / GHOSTBUSTERS crossover, what was your first reaction?

ERIK BURNHAM: Oh, there was a delayed double-take. The TRANSFORMERS property is something that a reliable section of fans has asked about us playing around with (with GHOSTBUSTERS or otherwise) ever since the first TMNT/GB crossover five years back. I wondered if the TRANSFORMERS universe would be as fun of a sandbox as GHOSTBUSTERS for us to play in – spoilers, it totally is.

LUIS ANTONIO DELGADO: Excitement! I’ve been working with IDW for 11 years and I’ve worked on pretty much all the properties I grew up with. The one I was still dreaming of being a part of was TRANSFORMERS, and to do it combined with my favorite team, the Ghostbusters, was everything I could’ve wanted. Besides, I already knew Erik was gonna come with a fantastic way to get both of them together (already did it once with TMNT), so I couldn’t wait to read the story.

DAN SCHOENING: Very surprised! I never thought I'd get the opportunity to draw the TRANSFORMERS bots in a comic, let alone a team up with the Ghostbusters.

Dan, you’ve been the artist for IDW’s GHOSTBUSTERS series for many years now, and took on the gig with well-established experience drawing the characters. But was this your first time delving into the TRANSFORMERS universe? If so, were there any unique complexities to drawing the Robots in Disguise?

DAN: Aside from a few sketches for fun, this will be my first time tackling a lot of the TRANSFORMERS characters. Being a child of the 80's, my heart always goes back to the animated series that started in ’84 and the '86 motion picture. For the crossover, I'll be keeping the look of the Autobots and Decepticons within that established aesthetic. Having them in the animated style also blends very well with the visual style we have created for the Ghostbusters over the past 8 years.

Luis, with so many different characters appearing on the cover art and within the story pages, how do you keep track of the proper colors to use for each, and did it require a lot of research on your part to get all the TRANSFORMERS details right?

LUIS: It is a huge challenge. When it comes to GB, I know the guys and their gear better than I could ever imagined I would, but the TRANSFORMERS bots are a different story—there are so many and they are so complex that it is a bit scary. Dan is the real genius behind all the art, not only the pencils, he did all the research so he could be true to the mythos and he was kind enough to share that research; so after a couple of misfires, I managed to get all the robots’ features right and now I have multiple files ready for when I have to work on them. 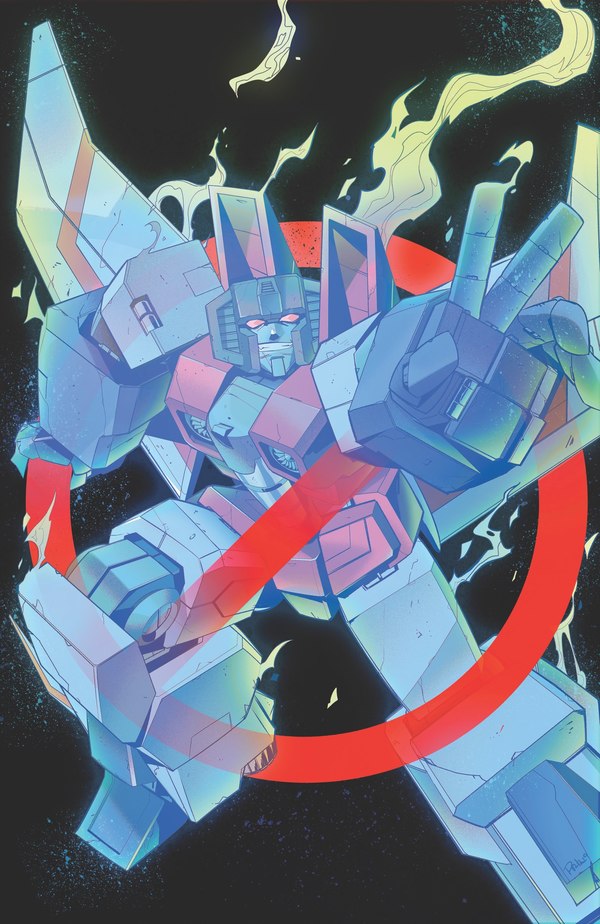 Erik, you have a reputation for being a writer who accurately depicts the voices of many of pop-culture’s most beloved and recognizable characters. Did you find it more difficult to put words into Optimus Prime’s mouth than, say, Peter Venkman’s? Do you ever pretend to do their voices out loud when you write?

ERIK: The voice is the goal, and … yeah, I might do the voices out loud from time to time. It only gets weird since I work in coffee shops an awful lot. As far as putting words into Optimus Prime’s mouth… Peter Cullen’s voice is so strong and distinct (to say nothing of Frank Welker or Chris Latta or…) I have no trouble hearing those performances in my head. Makes them as easy to write as the Ghostbusters. And I hope those voices come through to the fans just as easily, knock wood.

Dan, who is your favorite Ghostbuster to draw? Favorite TRANSFORMERS bot? Are there any characters you dread having to illustrate?

DAN: My favorite Ghostbuster is Ray, and he's also my favorite to draw. As for a TRANSFORMERS bot, my favorite is Mirage, with Perceptor in a close second. I can't say I'm dreading drawing any, however, each one presents their own unique challenges. Finding where the joints move in particular, such as elbows and knees, is something I'm looking to improve upon as I move ahead.

Erik, what can you tell us about Ectotron, the new Autobot being introduced in this crossover?

ERIK: Well… he is a bit of a nerd. He’s almost as far out there for the Autobots as the Ghostbusters were from other academics here on Earth. He’s kind of uptight, and he’s teased by the other Autobots. But he’ll loosen up by the end of the story. 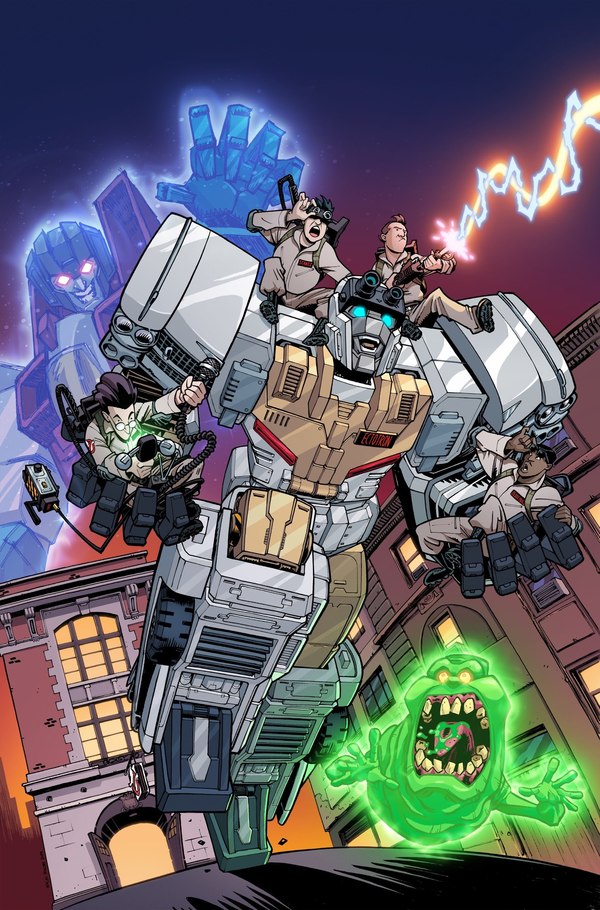 After all these years working on GHOSTBUSTERS, tell us: does ‘busting still make you feel good?

ERIK: 100% yes. I love these characters and this world still. We’ve pitched lots of other ideas, and with luck, the coming movies will keep the interest up in both the GHOSTBUSTERS multiverse and us playing within it for a good long while.

LUIS: It makes me feel excited every single day. I’m not only lucky to do this job, I’m even more lucky to do it with a property that I loved since I was a kid and with the best team in the world. I enjoy working on every new ghost, every new story, and every new challenge. Besides, trying to keep it fresh and new after so many issues, that’s what makes it exciting.

DAN: I'll answer you with a question :) Does Peter Venkman like money?

If you had to choose, would you be an Autobot or a Decepticon? Why?

ERIK: I mean, come on. I don’t want to be EVIL. But on the other hand, most of the Decepticons are able to fly. But on the OTHER other hand… Dinobots. Going Autobot, final answer.

LUIS: Autobot for sure. I like their ideals, I like how they always try to do the right thing and fight for the little guy. When you have so much power, it’s a great responsibility (I think I heard that somewhere before).

DAN: Definitely an Autobot. Who wouldn't want to help save the Earth with Optimus Prime? As for a vehicle mode, I'd have to go with a DeLorean.

Erik, what can longtime fans of both franchises expect going into this crossover?

ERIK: Here’s the thing – I like a little comedy with the action, and I was wondering if Hasbro was going to ask for a very stoic interpretation of the TRANSFORMERS property, leaving the silliness to the Ghostbusters… but no. I get to have fun with the bots! Nothing wildly out of character, mind you, but Optimus Prime is gonna be as able to crack a joke as Venkman, if the situation arises. It’s gonna be about fun. Lots of fun. And I guarantee the series starts in a way no one will expect – it made me smile to write, and Dan & Luis knocked it out of the park on the page. It’s the kind of toybox mashup we did as kids! The TL;DR of it: a fun time with the boys in grey and the robots in disguise dealing with some ghostly common enemies! 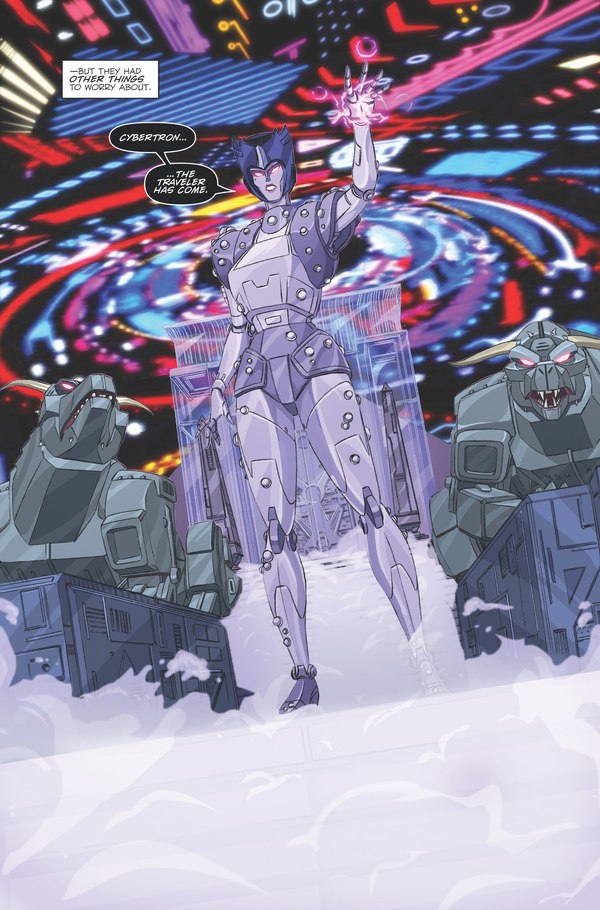 Anything else you want to share with the fans and retailers?

ERIK: Oh, tons. But IDW and Hasbro have ninjas in place to keep me from doing so. Suffice it to say: there’s gonna be love letters and easter eggs aplenty for readers to find, and wait’ll you get to issue 3, where we—[redacted by ninjas, Erik should be fine. Well, fine-ish.]

LUIS: Just be ready for a story you never thought was possible, join the party, and enjoy the ride. I promise, it’s gonna be more than worth it.

DAN: Ever since I received my first TRANSFORMERS action figure back in the early ‘80s (Soundwave), I've been a big fan of the property. It's an honor to help bring these characters together, while telling a fun and visually engaging story all the fans will enjoy.