Transformers Velocitron is not even shipping yet, and JTPrime17 flies in with newly leaked listings offering up many spoilers for what is coming our way in 2023. First off, IF you liked what's going on with Velocitron there is Wave 2 coming too. Next, Legacy has lots more in store next year with some new nods to Cybertron, Prime, G1, and Aw yeah, Armada fans will be getting their fix with at least one leader exposed. Read on to see the full list or leaks with lots of SPOILERS AHEAD!

Big thanks to my pal HyperShauta for the screen caps!

Now onto what looks like the first wave of 2023 legacy!

I don't think the movie delay would've affected the Legacy line but it's looking more and more like I'm indeed wrong anyway. We have gotten fake leaks of store listings before but this seems to be gaining traction. I just can't believe that Hasbro is going this far in with things that fans have been clamoring for. I hope these sell well so that they don't turn it back around on us.

And yeah, it's going back to the older Generations style and even Universe with all the different well, universes being represented in the line.

@Joe Velez Just a guess, but the movie being delayed may be why Legacy is being extended. Which, if you look what we've seen from ROTB, it is more or less Generations again.

Again, Legacy will not be the name of the toyline for next year. Sure they could have changed their minds or even extended Legacy past the four waves it was supposed to be but the name of "Legacy" won't be continuing after the line is done. Legacy was inserted in between the trilogies due to all of the complaints about not having gotten Tarantulas and Inferno. So instead of shoehorning them into the next trilogy, they created a short run line to get out a few ideas that weren't completely finished or were cut from WFC. Some of the other figures were probably meant for the next Trilogy as well. But we all know Hasbro loves to reissue the same figures for multiple waves and even sublines like Wheeljack and Arcee. They gotta get those peg warmers back out there even though people want a second chance at Sunstreaker and the Battlechargers.

So I'm not questioning authority...this time. I'm questioning the leaker and their knowledge of the information regarding the Legacy line as stated by Hasbro themselves. And still, this list just screams that it's fake with those choices. It's so not Hasbro. Just not enough G1. Other than the core class which don't really count, the only G1 figure in that "Legacy" line up was the Junkion and Needlenose. Needlenose has been on their minds for like five years now and they just haven't put him out yet. As for Velocitron wave two, not enough G1. Going by Blurr, the Hot Rod is most likely going to be IDW. Crasher doesn't count as G1 and neither does Shadow Striker. The rest would have to all be G1 characters then. It's just what Hasbro does.

Again, I would love to be wrong though. I want all of them. Especially Crasher, Shadow Striker, Armada Megatron and Prime Skyquake. I love getting fembots and Skyquake and Megatron had such good designs. Oh and Tarn just because Hasbro has never done him before.

@Joe Velez I love that you ALWAYS question authority. Mwhahaha!

Seems to me, Hasbro is copying the Marvel Universe. Pretty much everything Transformers is a Generations series now. Authentics, Cyberverse, Legacy, Masterpiece, and Studio series are all reissuing past characters.

No. There's no way. This is pretty much someone's wish fulfillment list. There has to be another April Fool's Day that happens every June 24th that I'm just not aware of. I don't believe this list one bit. Especially since Legacy is supposed to be a one and done. It's a supposedly a filler line to finish off WFC and begin the next series/trilogy.

Crasher? Nope. Hasbro is too scared to use the name...or are they? Road Ranger had his name didn't he? I hope it's not from either Mirage mold though and is instead from Dragstrip. It would be so easy to retool that into a Crasher that even has the front of the vehicle point out back behind her. I still don't see this happening though.

Shadow Striker? Most likely Cyberverse and not Universe/OTFCC because then we'd also need Roulette. The Cyberverse character is now the G1 version so it makes the most sense. I don't see it happening. Never mind, it will be ROTF Shadow Striker lol. An upscaled SS86 Wheelie done in black and red. Just what everyone wanted right? Well, I want a black and red SS86 Wheelie and I haven't even seen him yet.

What's next to add to that list, a retool of Cosmos or even Origin Bumblebee as Path Finder? Why not both? Blue Cosmos (no not the Blue Cosmos from Gundam) and grey Bumblebee. Maybe Smallfoot as a retool of an upcoming RID 2015 Strongarm too?

Core Soundblaster? No shit. There's no way they're going to not do that eventually.

Core class Dinobots? No way. I'd love it but no way.

Needlenose? The one who's always on the votes but never wins? Hasbro is just toying with us with this one. There's no way they're going to make one now. They want to see the fans cry about it too much now. And he's downgraded from voyage to deluxe to pour more salt on the wounds.

Hot Shot? Armada Hot Shot? There's nothing saying it's going to be Armada Hot Shot. When it's been an alternate universe character they always put that in its name. This could be Armada HS, Energon HS, Cybertron HS, RID 2001 HS, Animated HS. So which one is it? It's none of them because it's not happening.

Deluxe Junkions with a number denoting future retools and redecos? What so a reissue of the RTS mold? The CW mold? They already made a voyager Junkion from Wreck Gar. I don't see why they'd need to do a deluxe at this point. Maybe for Detritus or Nancy? It just doesn't make sense.

Tarn? Yeah no. It just doesn't seem like Hasbro want's to touch the DJD. Although we are getting a nice Jhiaxus though. But no. Just no.

Prime Skyquake..............actually, I don't see why not with this one. But they'll probably use either Seeker mold or Jhiaxus for it though. Don't expect the beefcake he was. Although I would like him, Dreadwing and Megaplex who don't break. Not that mine are broken...that I know of... Oh wait. I brushed over the fact that it says leader and not voyager. No way it's happening now. I just completely assumed it was voyager as it made the most sense. For a leader Skyquake it would need to be Euro G1 for Hasbro to most likely do it, not Prime.

Armada Megatron? I don't see why not with him either. New mold and all. This one I believe fully. Galvatron and Megazarak redecos too this time.

Most of these figures are just too on point for what fans what for Hasbro to do them.

I would love to be wrong though. Well, other than Soundblaster as that's bound to happen sooner rather than later. I really hope I'm wrong. I want some of these so much. Watch I'm wrong on everything but that means no Armada Megatron as I think that one is real. 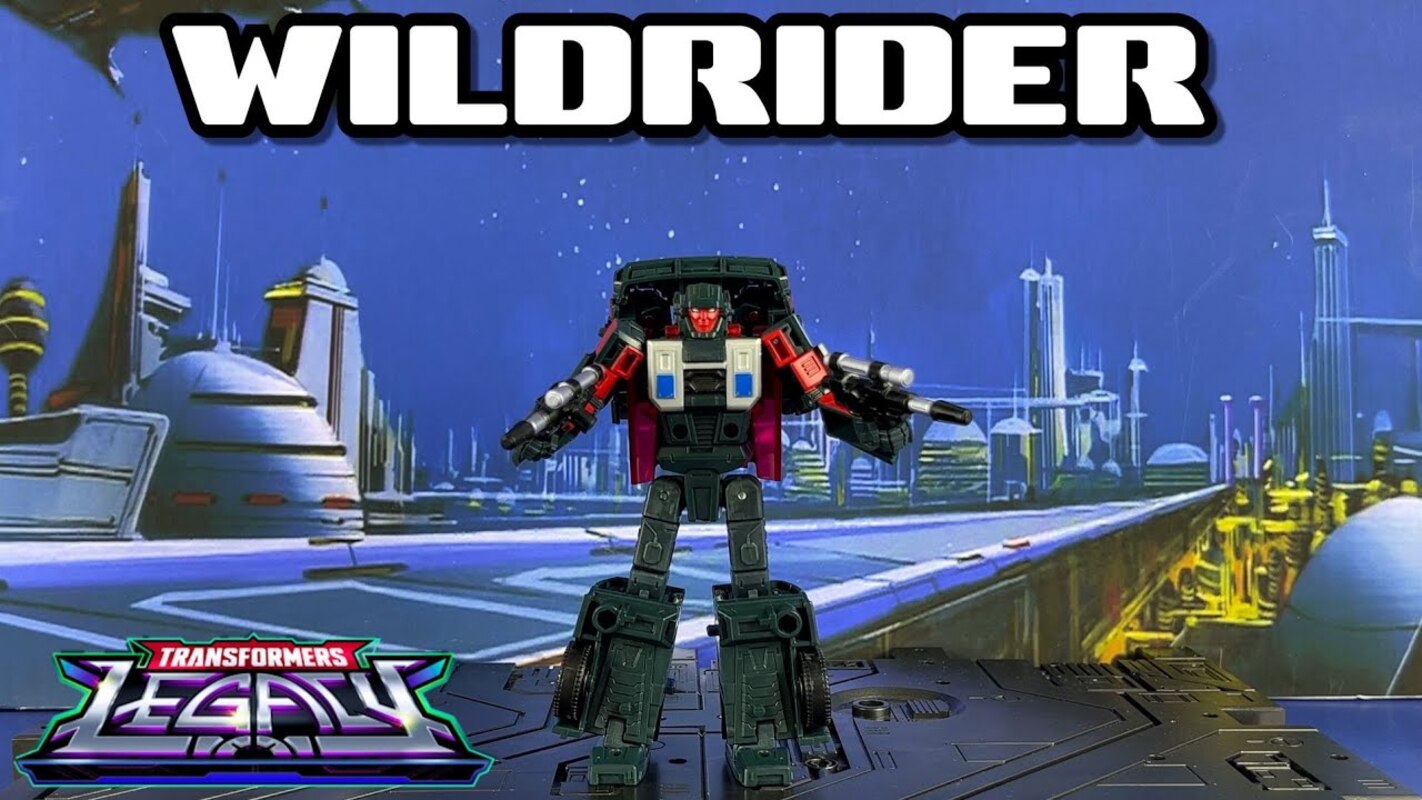 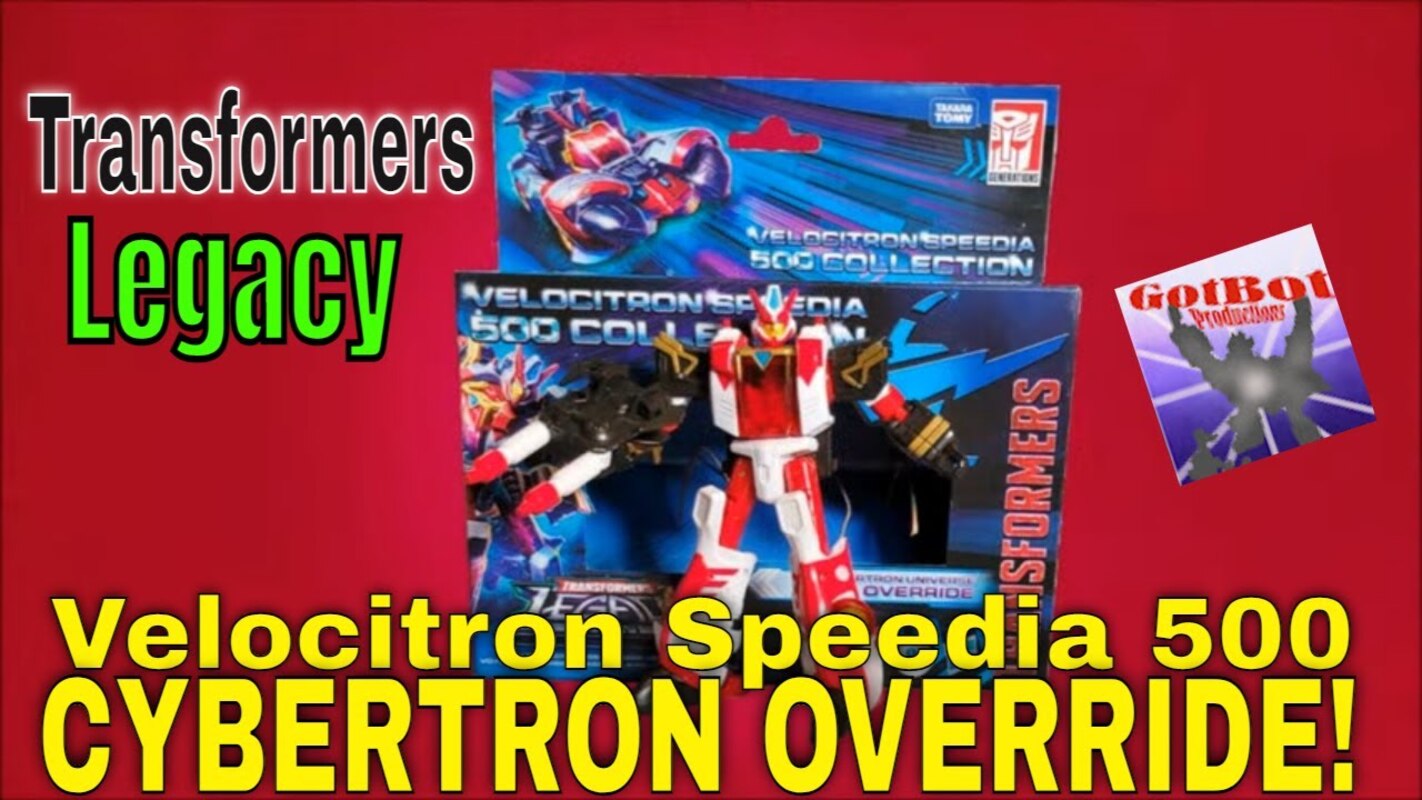 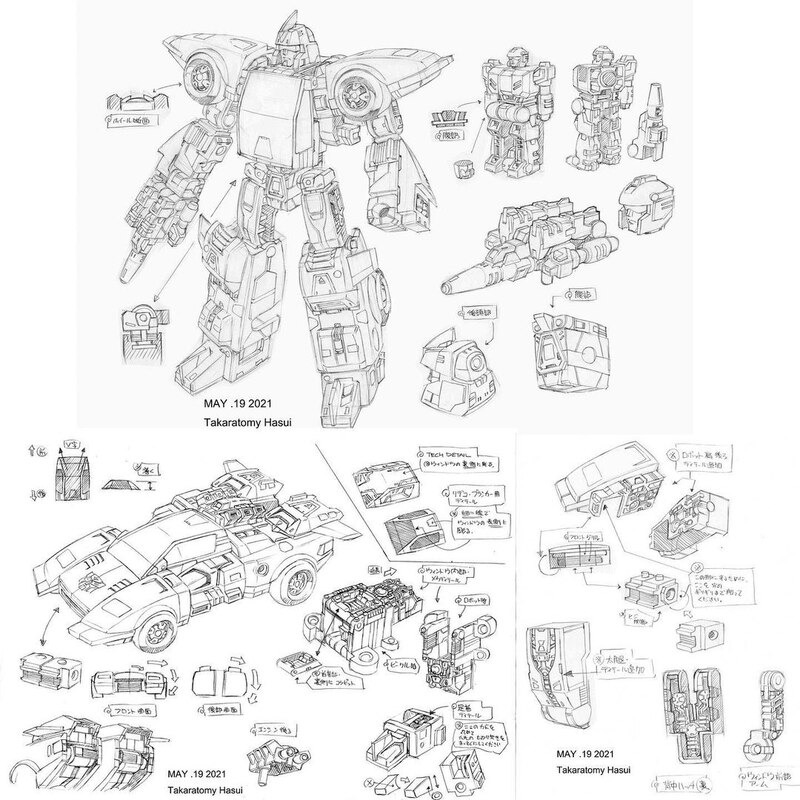 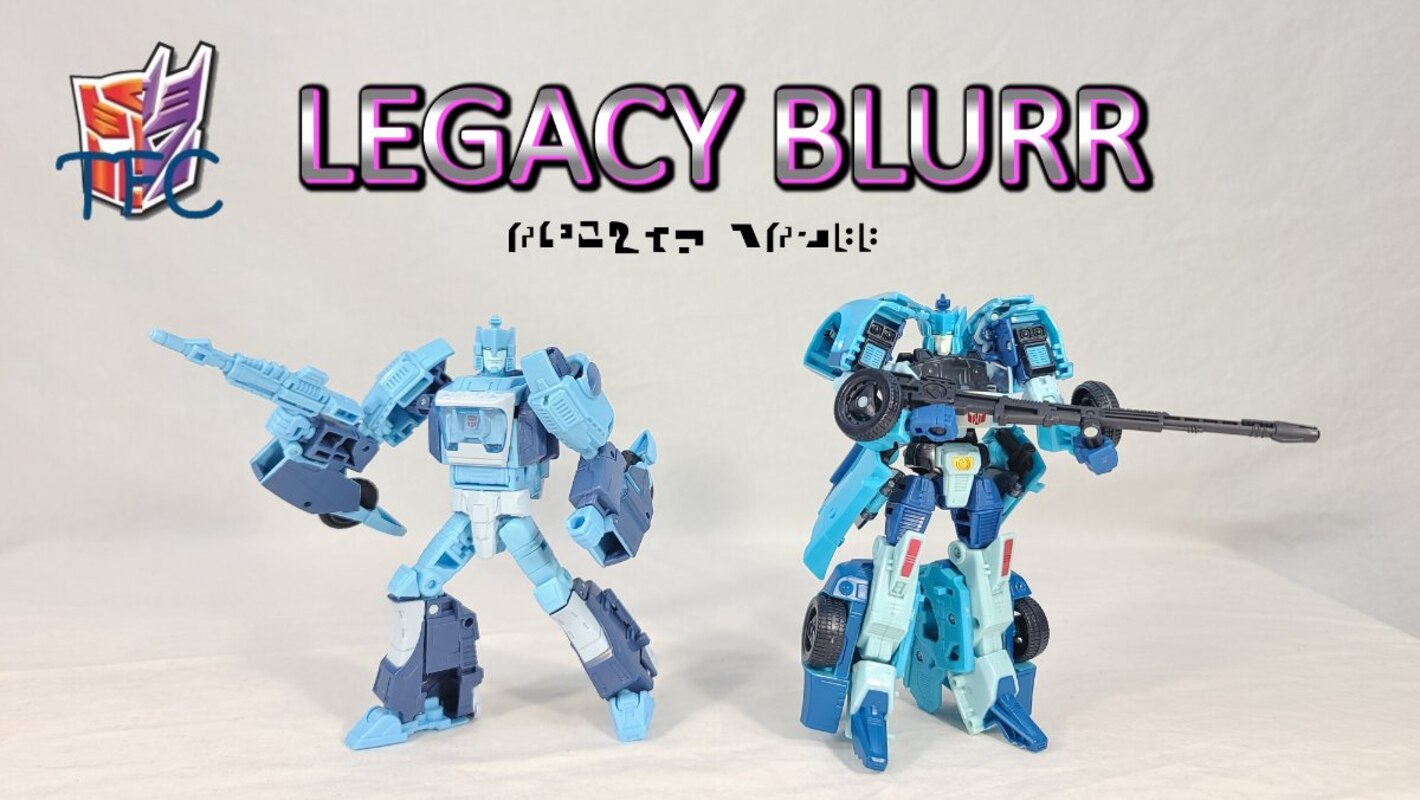 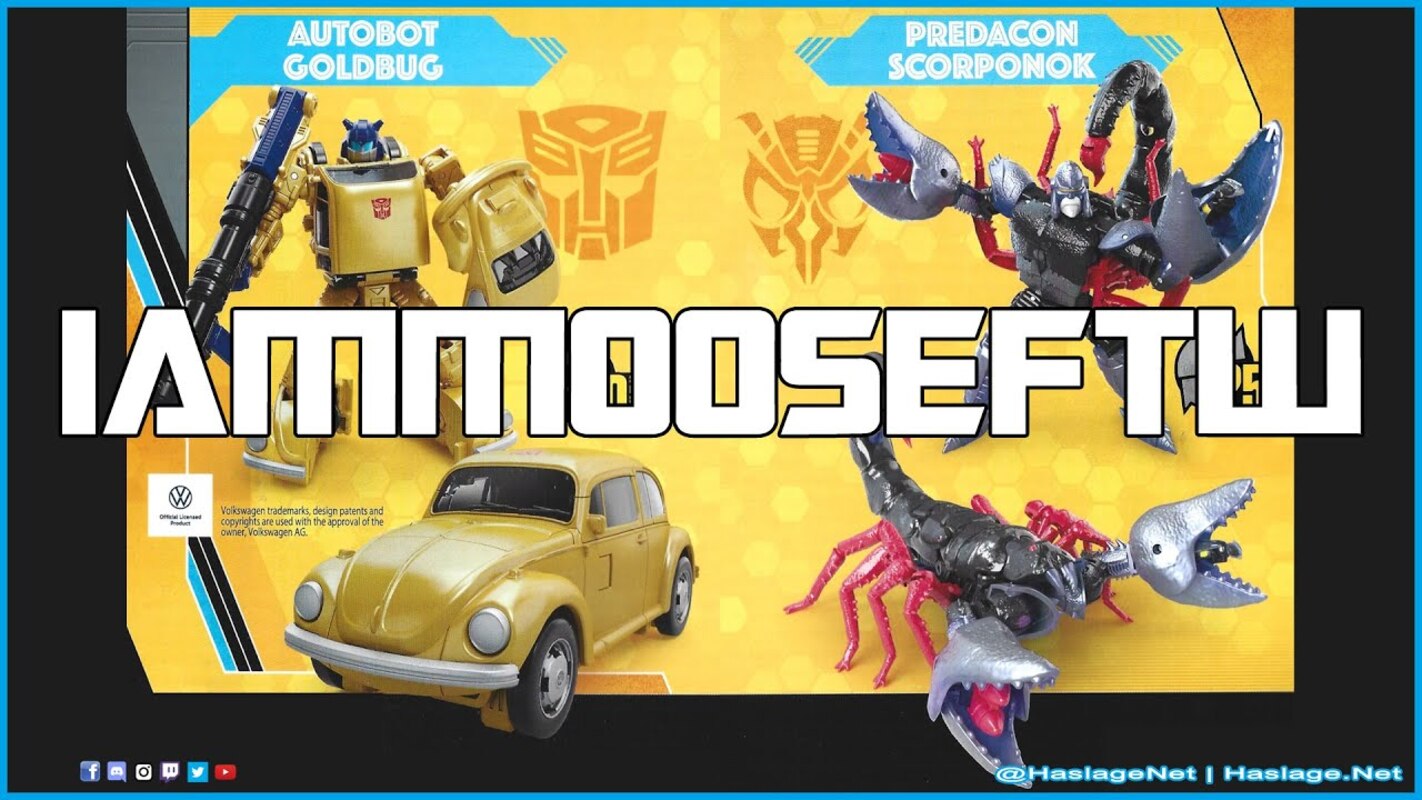