So, you just finished spending about two hundred bucks on LG-35 Super Ginrai and LG-42 Godbomber. Want Headmaster/Titan Master figures of Minerva and Cab, and maybe some chrome for Godbomber's chest? Hope you're prepared to do it again! TakaraTomy has posted the first color images of the LG-EX set, scheduled for November and open for preorder now. Keep reading to see!
The official price given on the TakaraTomy Mall website is 17,280 Yen, which might even be a little cheaper than the two figures were at individual retail. Argh!

Meanwhile, if you're down to spend two hundred bucks on a God Ginrai and want to get two bonus figures each of the Titan Master, Legends, Deluxe, and Voyager classes, the Titans Return Siege on Cybertron set is due out any day now with Magnus Prime, who uses the Super Ginrai variant of the Powermaster Optimus Prime mold. Godbomber has not yet been annnounced, but we have two more multipacks planned with Leader slots available, and why would you release the Ginrai mold in the US if not to make God Ginrai available to the rest of the world?

Ginrai is the human character who, in the Japanese Transformers cartoon sequel Super-God Masterforce, inherited the "transtector" - non-sentient Transformer body - which was originally intended to be used by Optimus Prime. The Japanese Godmasters were the equivalent of the US Powermasters, and Ginrai the human was the Hi-Q figure. Super Ginrai was the combined mode of Powermaster Optimus Prime and his trailer, and God Ginrai was the combination of Super Ginrai and Godbomber, who was not available in the US until the "Powermaster Optimus Prime with Apex Armor" reissue in the early 2000s. You can pre-order this figure now at BigBadToyStore.com. 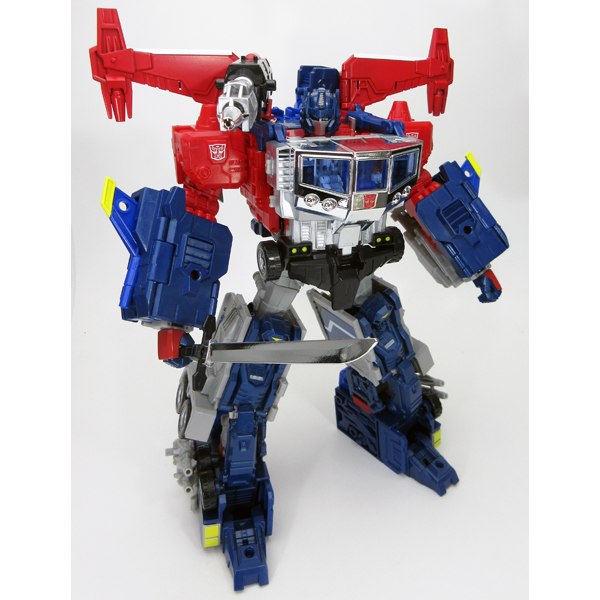 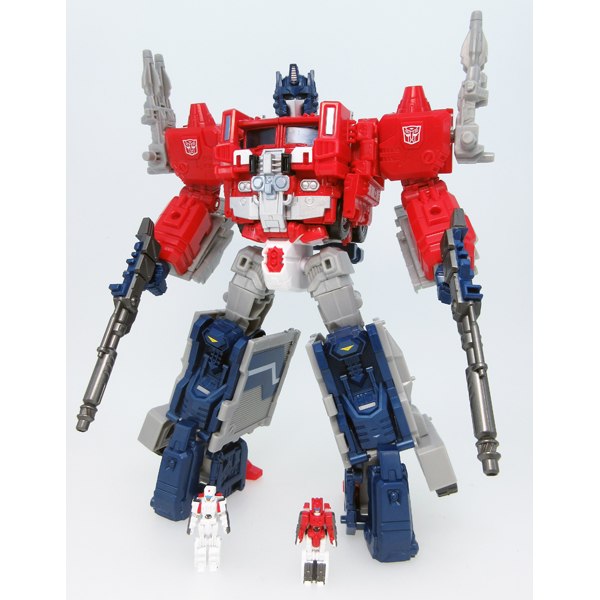 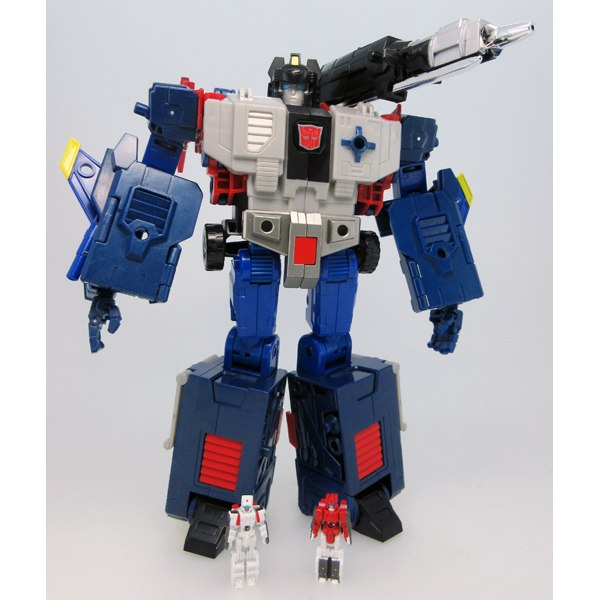 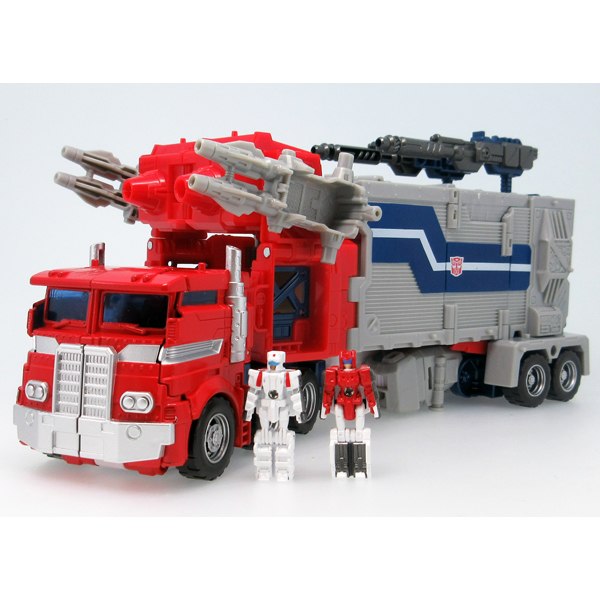 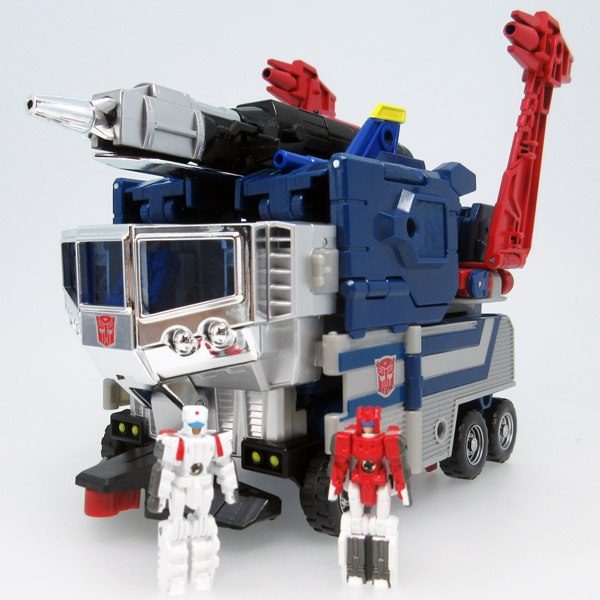