M3 Studio has posted images of their new limited edition Transformers: The Last Knight Optimus Prime statue to Facebook! Coming in at 130 centimeters tall (about 4' 3"), limited to 188 pieces, and costing 38,000 HKD (roughly USD $4800), the statue is highly detailed and comes with a pair of optional weapons. Good news though is that if it looks appealing, you have over a year until the release to save up for it. Keep reading to see the images!

M3STUDIO X CONCEPT ZONES teamed up to create the largest and most detailed statue of Optimus Prime in this century. The size of the huge statue of about 130 cm is a blueprint for the design. It is the meticulous demonstration of the movie "Transformers: 5 The Last Knight". The electroplated colored silver metal position gives the statue a more distinct sense of depth. The six main exhaust hoses have been electroplated and colored to give a true car feeling. The eyes can light-up and the patterns in the eyes are clearly visible. The giant sword about 75CM can be hung on the back or hand, and the Sword off judgment on left arm, so that the statue can be presented in 3 different pose. Product is limited to 188pcs worldwide. With independent limit number. is rich with screen accurate details and accessories, such as: 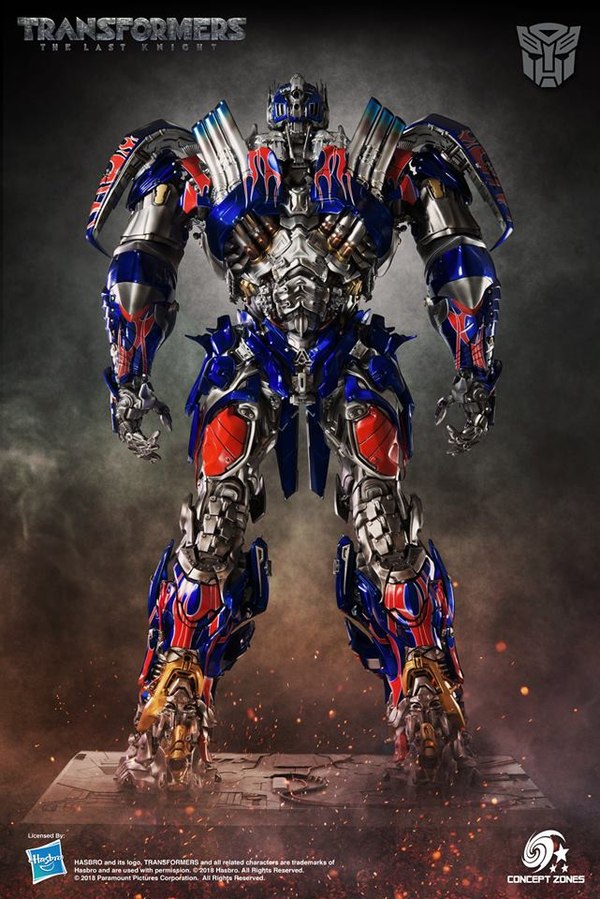 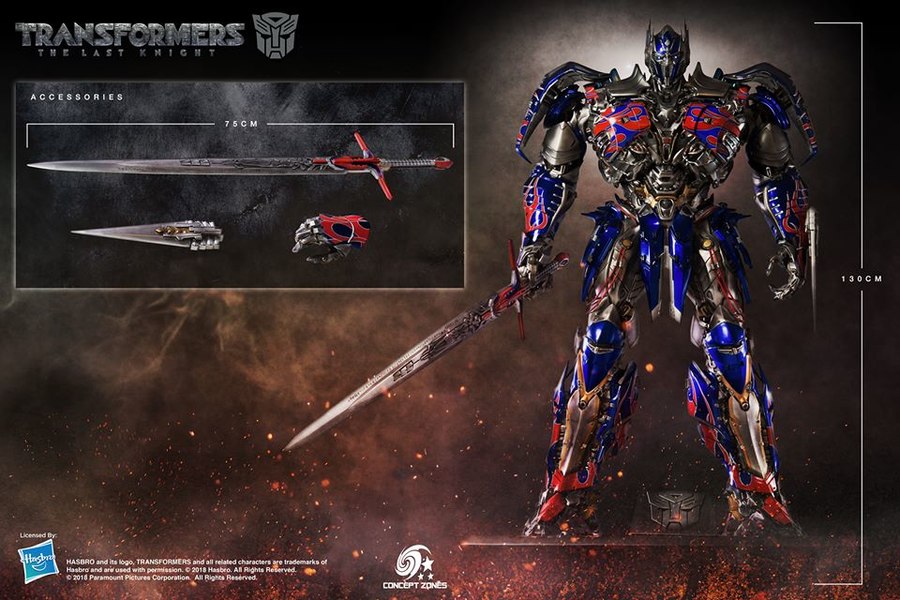 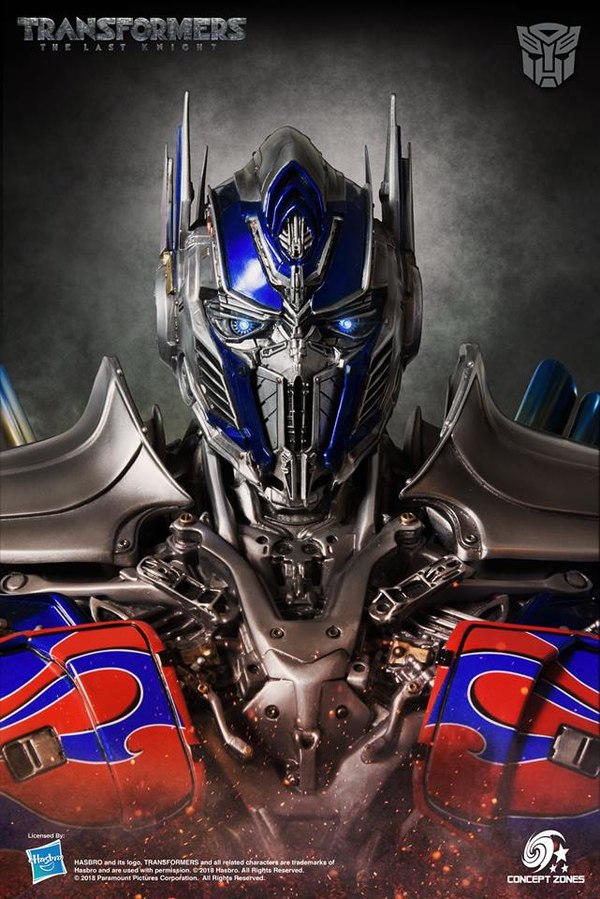 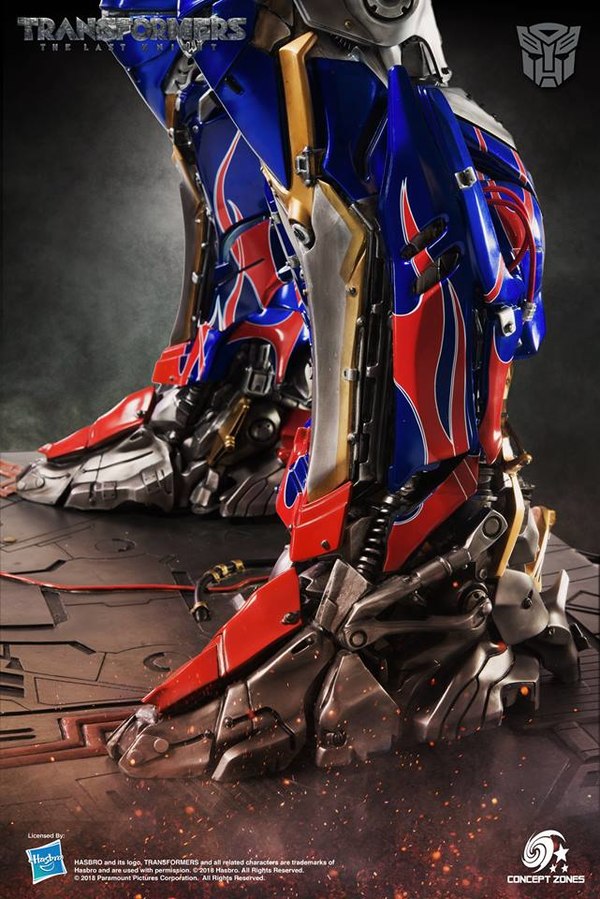 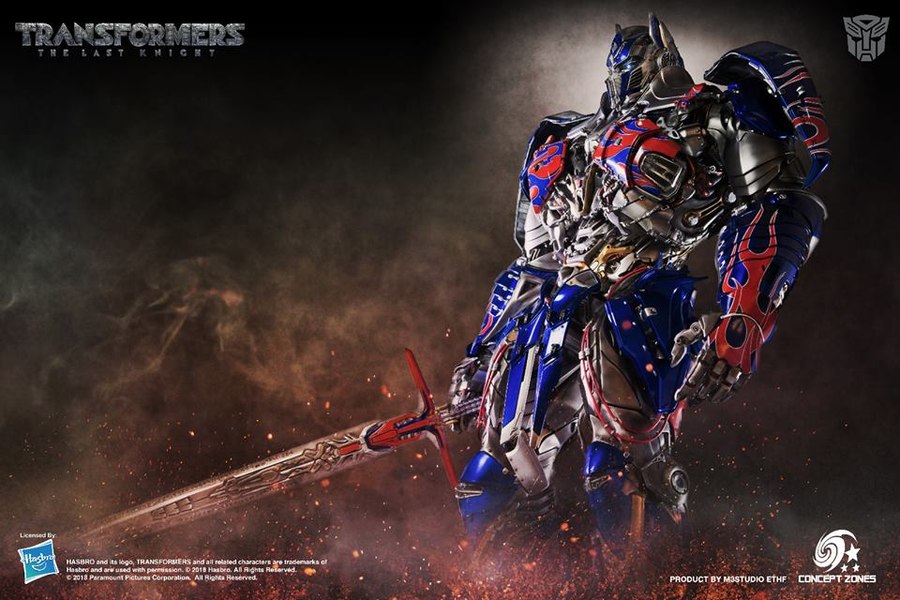 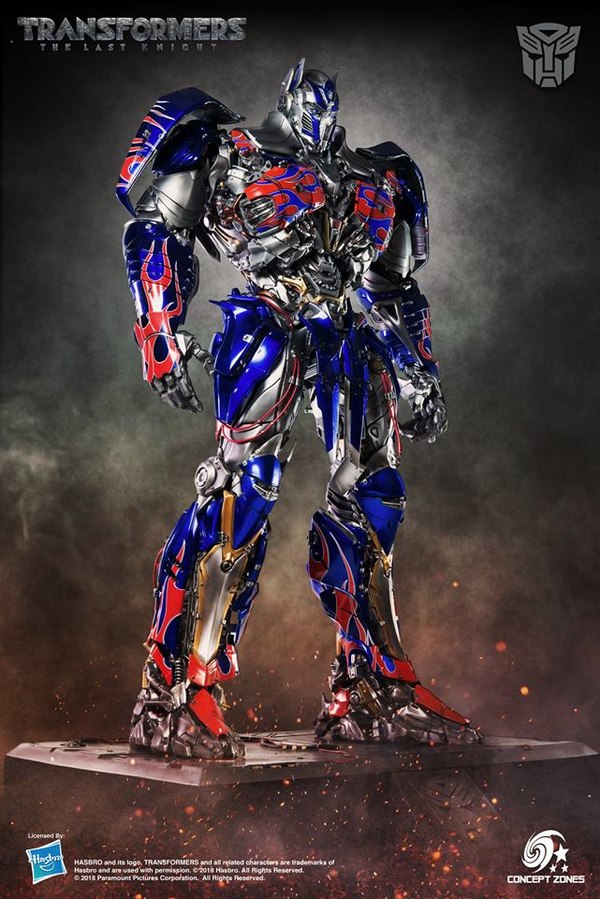 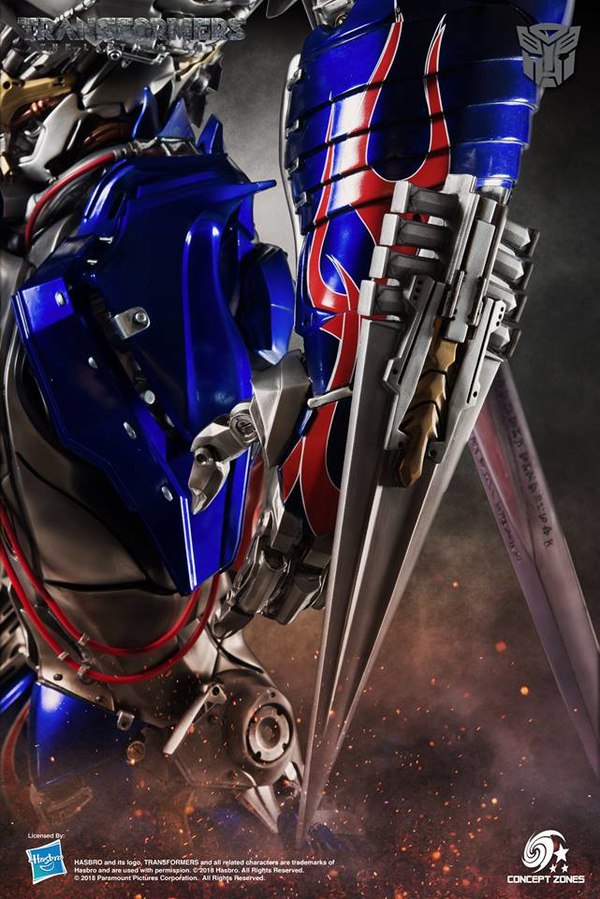 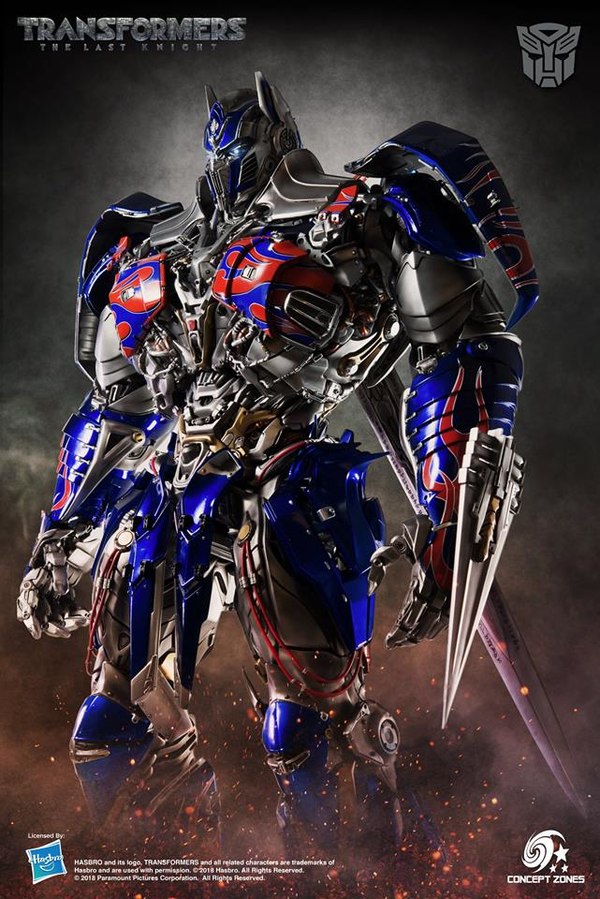 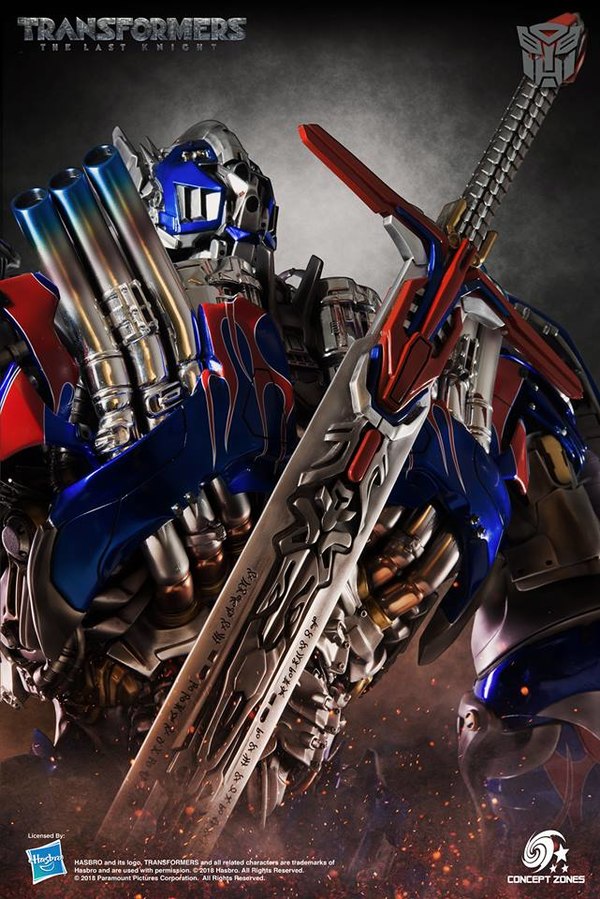 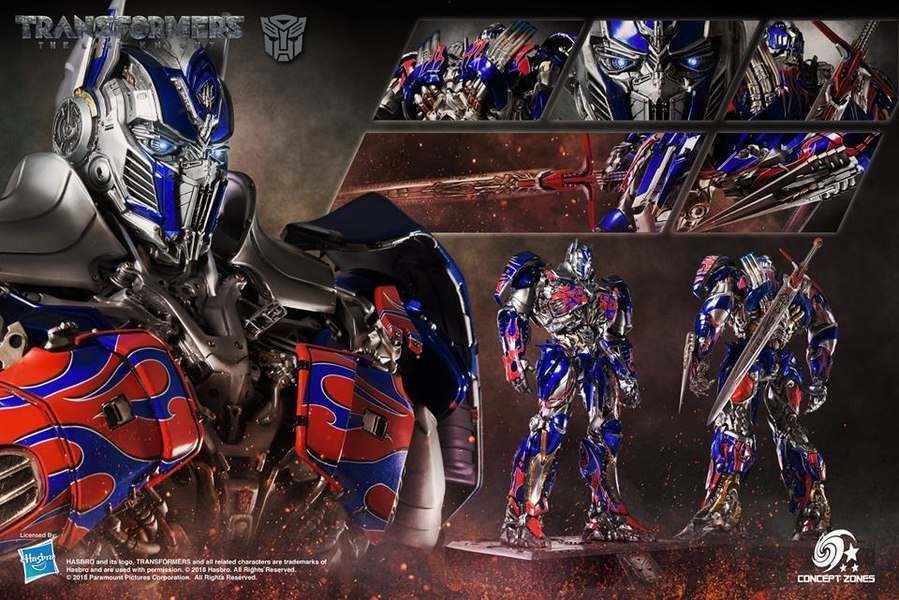 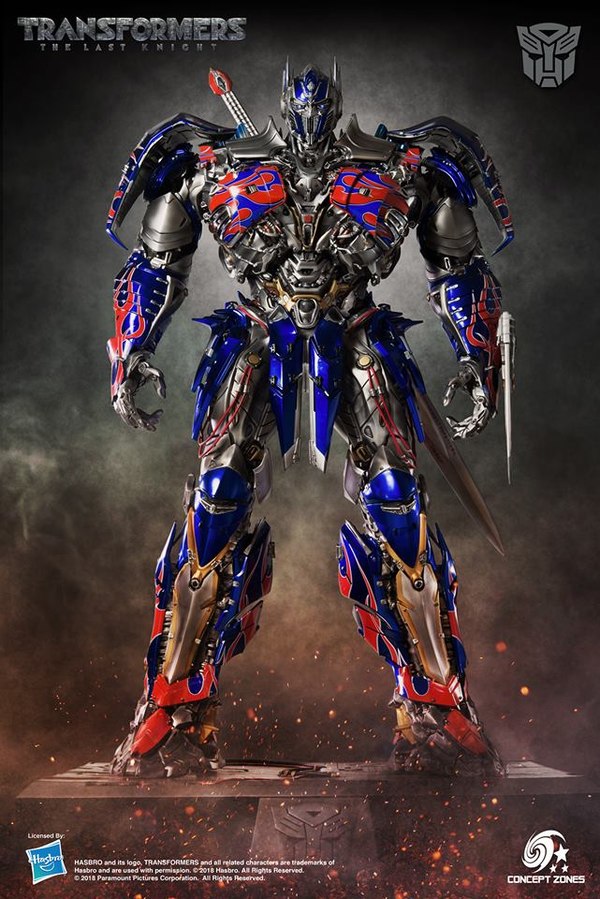