Amazon Japan has posted images of its exclusive cover to the upcoming Mazinger-Z Vs. Transformers! The artwork - which features goofy Mazinger sidekick Boss Borot palling around with Grimlock, which we love - is by none other than Tsuyoshi Nonaka, a veteran of the celebrated `80s Japanese Transformers illustrators Studio OX!

Nonaka has extensive experience with Mazinger as well, having provided mechanical designs for director Yasuhiro Imagawa's unfinished epic Mazinger Edition Z: The Impact! (frequently referred to as "Shin Mazinger") as well as Mazinkaiser SKL. He also provided toy designs to the long-running Super Sentai series, including the original Zyuranger which provided the source footage for Mighty Morphin Power Rangers. So, a great cover by an artist with extensive ties to both series, to say nothing of a ton of mecha design experience in general!

Mazinger Z Vs. Transformers is a 100-page one-shot due out in Japan on March 28th. There are currently no known plans to translate it into English - but we really wish there were! 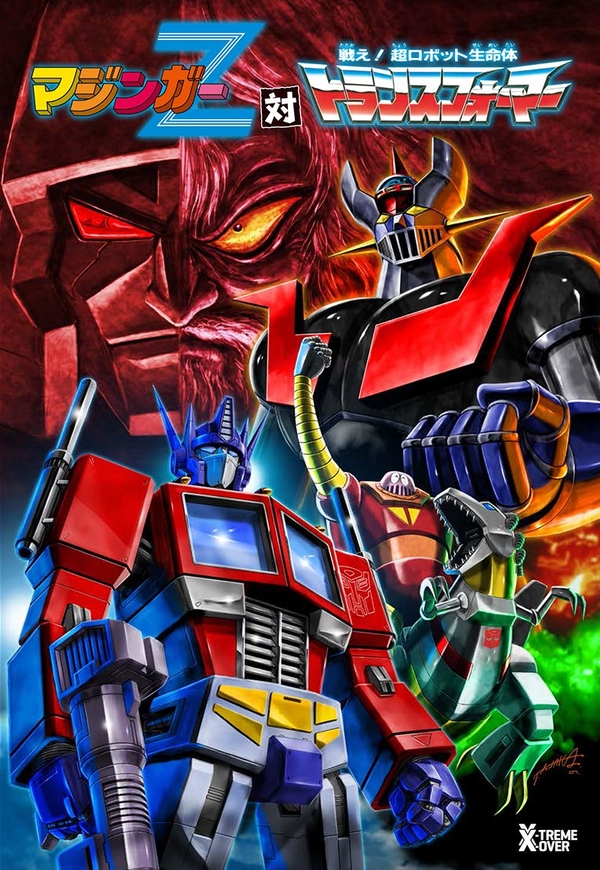