by ExVee on August 6, 2018
Empire has released a new publicity still from this winter's Bumblebee movie, along with a short article promoting a feature about the film in the magazine's September issue. Missing no opening to poke jabs at the prior movies, the article stresses how it goes back to where the live action franchise began as a more character driven story, painting a picture of a different kind of film than we've been conditioned to expect over the first decade of Transformers movies.

For this new take, Bumblebee is in his classic VW Beetle disguise and attempting to adjust to a more domestic setting. “A giant chunk of our movie is about his relationship with Charlie [Steinfeld], and as it goes on he makes a total mess of her house,” producer Lorenzo di Bonaventura told Empire. “He’s intrigued by her dog. And it’s funny to watch her turn him onto ‘80s culture.” 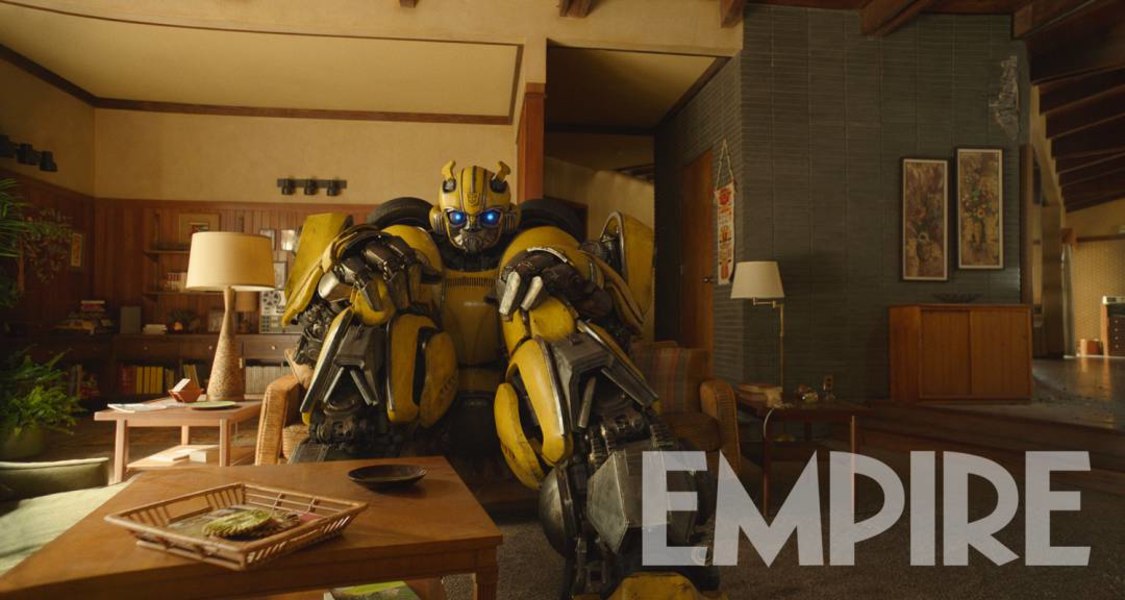