New Details On Power Of The Primes Counterpunch - Make That PUNCH-Counterpunch!

Celebrate the Prime Wars Trilogy with this special edition Power of the Primes Punch-Counterpunch figure. Featuring 2 robot modes (both Autobot and Decepticon) and a vehicle mode, the Autobot double agent was a huge hit when he was originally released in 1987. This version has been faithfully designed to reflect the original G1 figure. Plus, it comes with the special edition clear ice blue Prima Prime Master figure. The 5.5-inch scale Deluxe Class figure comes with a 1.5-scale Prima Prime Master figure and a Prime Armor accessory. Insert the Prime Master figure into the accessory, attach it to the figure's chest, and imagine Punch wields the power of a Prime. The Punch-Counterpunch figure converts from Decepticon to Autobot in 9 steps and from robot to sports car in 13 or 18 steps. The Prime Master figure converts between robot and spark modes in 1 step. Transformers all related characters are trademarks of Hasbro. 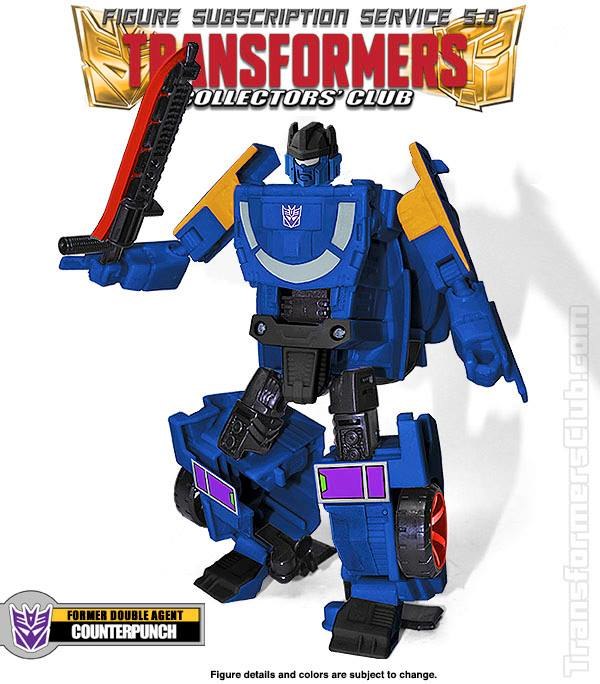