Thanks to Prime World, we have in-hand images of the NeZha Transformers Optimus Prime Head Brick Building Set. These China only exclusive sets are quite big and creative. This one features light-up LED eyes that are activated by connecting a USB powered device, no batteries required. 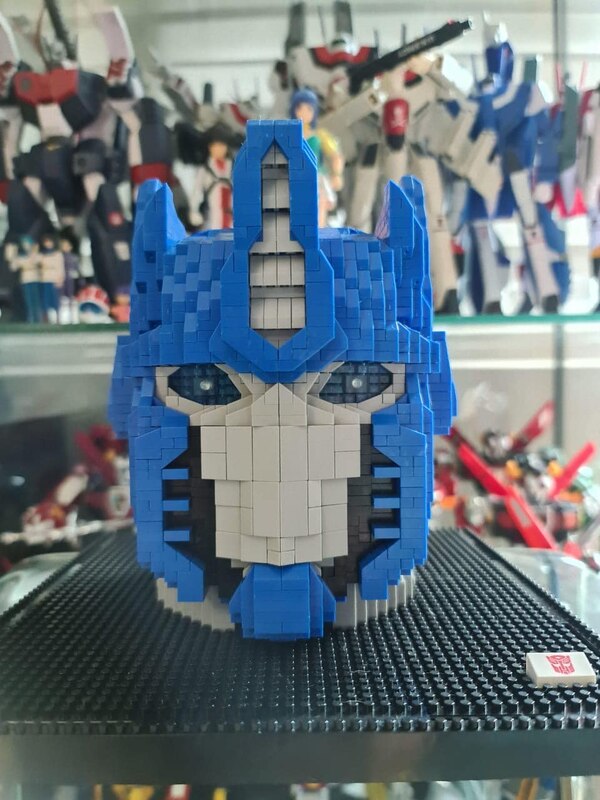 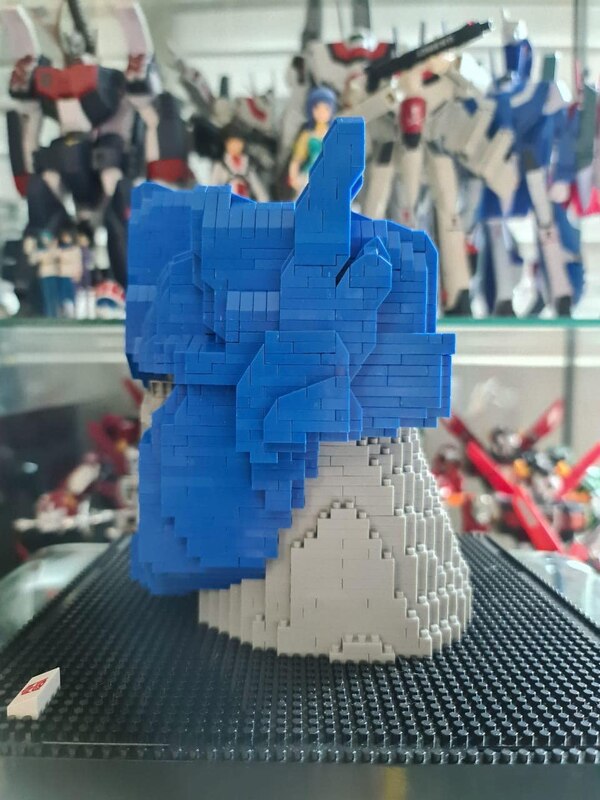 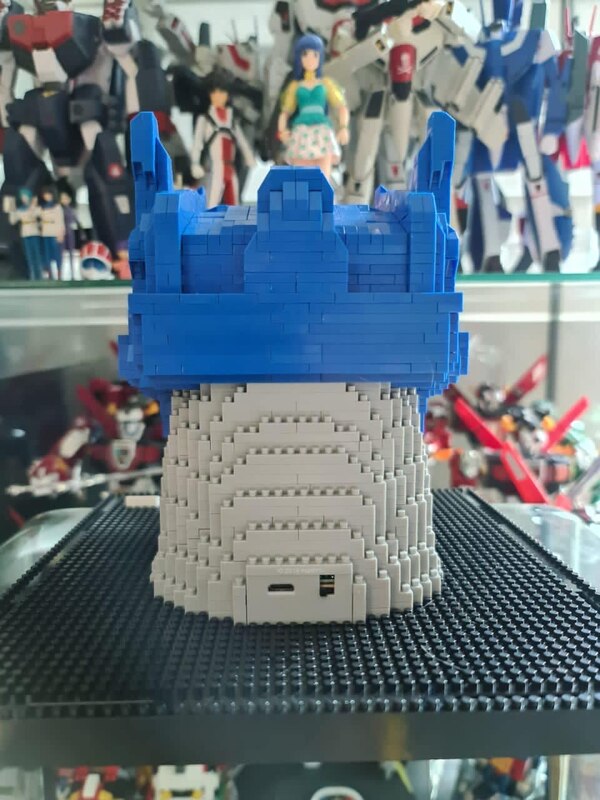 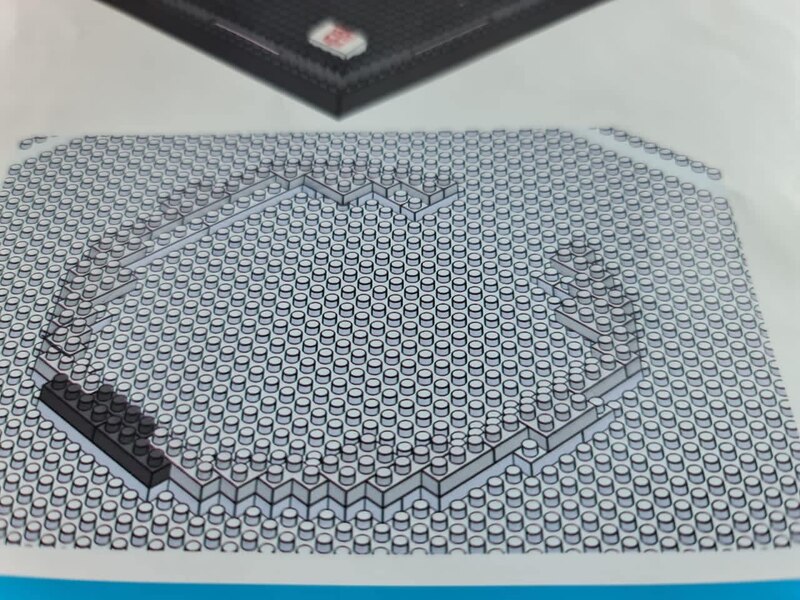 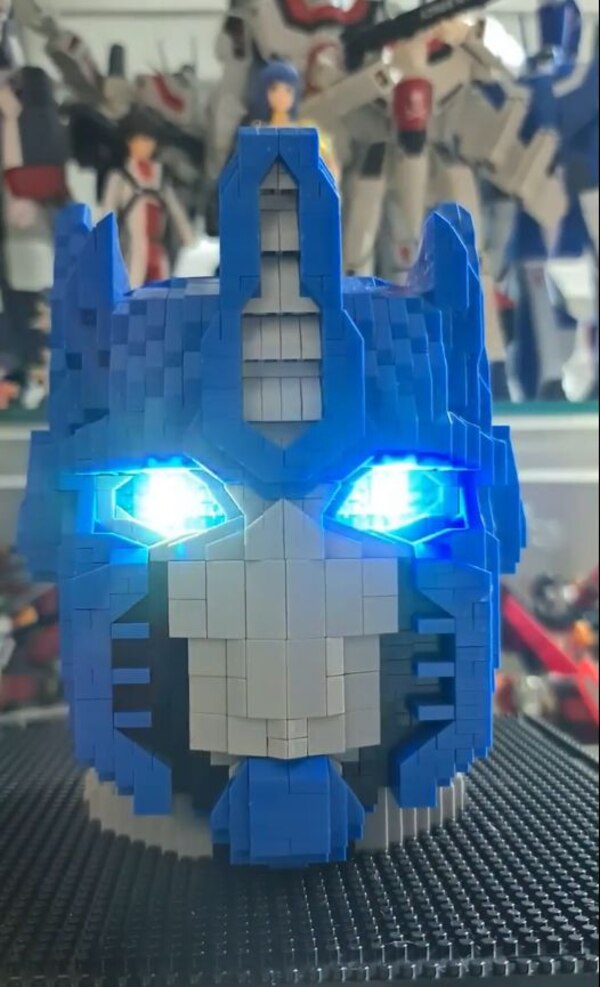 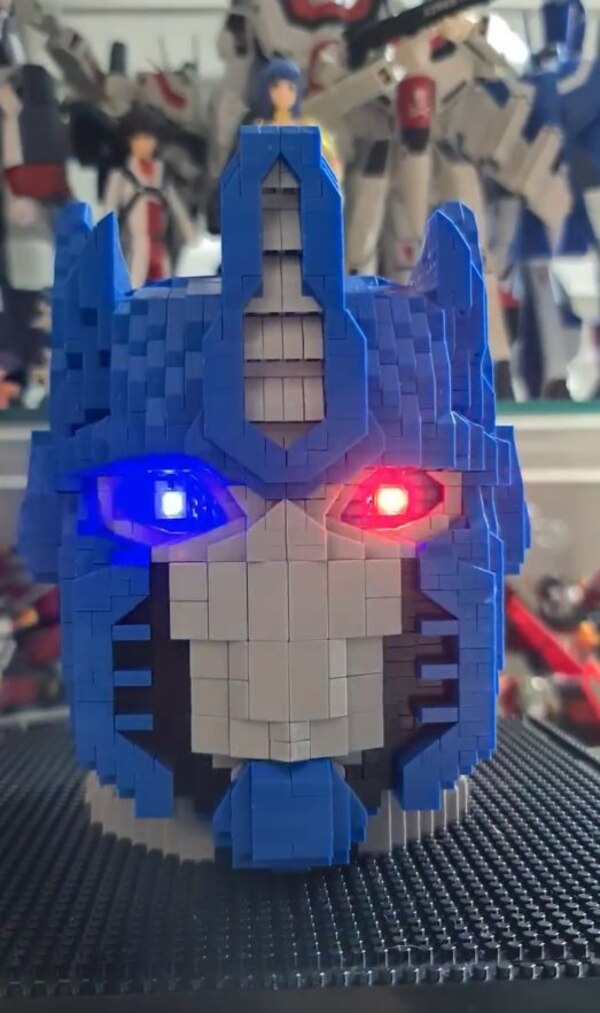 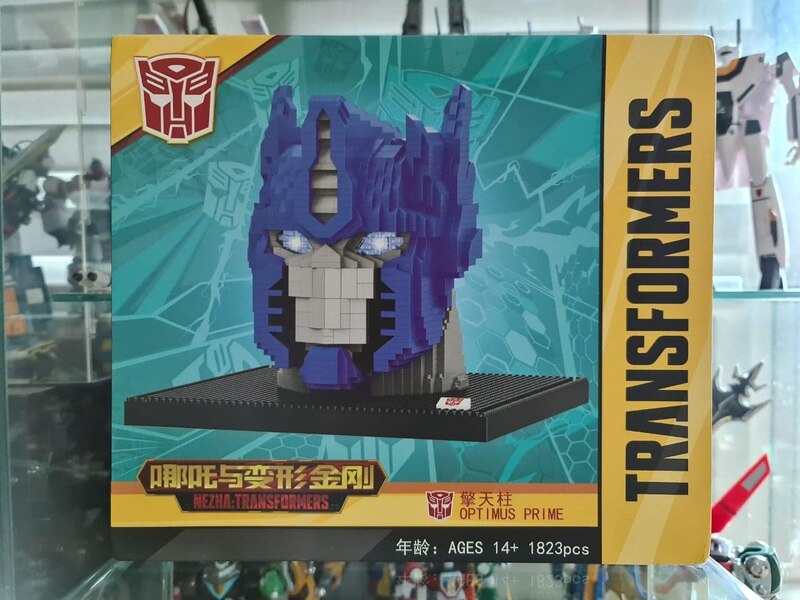 He does know a lot and that is impressive. Of course he has been watching the Japanese shows since forever whereas I cannot really stomach them.  :tftongue

And seeing how neither of the Japanese shows was easily obtainable makes it a bit of a hot item for many fans. They will see release now but I am only getting them to complete my Transformers DVD collection.

Unless Victory is REALLY bad and I will not even buy the rest. I mean, if I buy a DVD it should contain something that is watchable. I do not want a shelf full of really expensive coasters in deluxe packaging.  :tflaugh

Headmasters was passable but too many things that are typical of Japanese cartoons pop up on it. And I for one, do not care much for those. If you do like them, then you were in heaven. To each his own.

However I do not think all Japanese versions are superior. Most figures are but I prefer the US version of Superlink Sprang. Bulkhead is soo much cooler with the electronics left in tact.

And I like the characterizations in the US shows better but the Japanese either do not know who to write for Transformers or do not seem to care. Headmasters lacked quite a bit in that part in my opinion.

It just occurred to me that I don't need to know all the names.Â  I mean we have x-bob in this site when we have questions.Â  Especially when it comes to knowing all the fembots.

Which reminds me, anyone know where I can find port schematics for... wait no... nevermind. I don't need to know that either.

True, but to access the X-bob database...you have to first say it wrong, then he will correct you, remind you that the japanese one is superiour, and then ask you to send a japanese version of the toy to him for payment....

but still...that guy impresses the hell out of me...I'm almost  twice his age (gah) and still can't keep it all in check...

It just occurred to me that I don't need to know all the names.  I mean we have x-bob in this site when we have questions.  Especially when it comes to knowing all the fembots.

:tflaugh that site is for the discerning fanboy only.

One could argue that the discerning fanboy would not only know the vehicles, but certainly know the Japanese names for US characters... :tftongue

Damn what a flashback. I remember downloading those lists years ago onto my 386 notebook! I think they are still on there!

:tflaugh that site is for the discerning fanboy only.

They listed the Altmode on the right, you can just go from there

X-BoB58 It was not exactly what I meant. I meant More like: 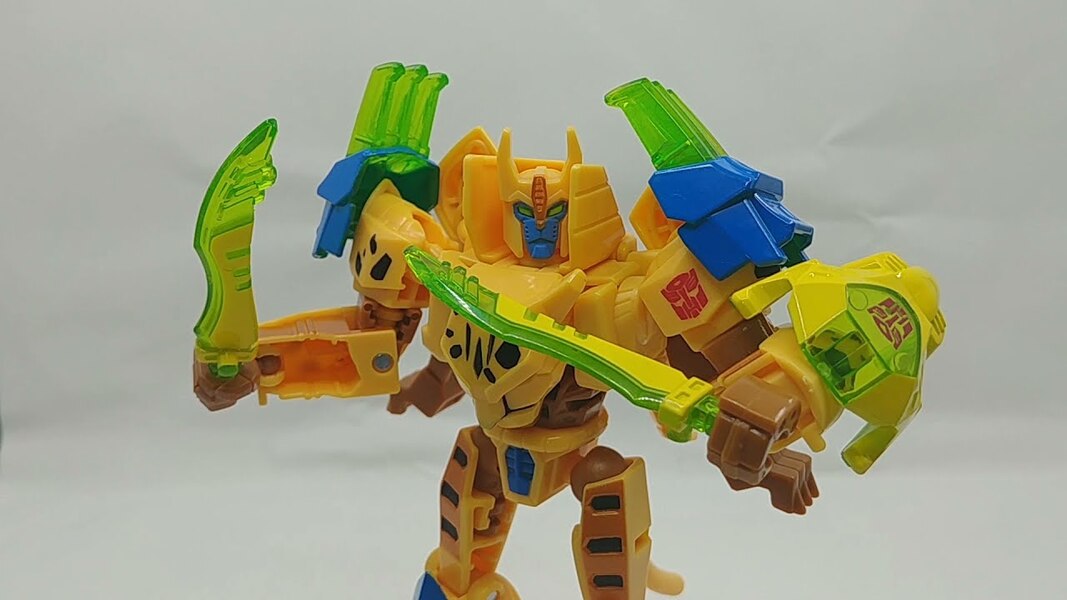 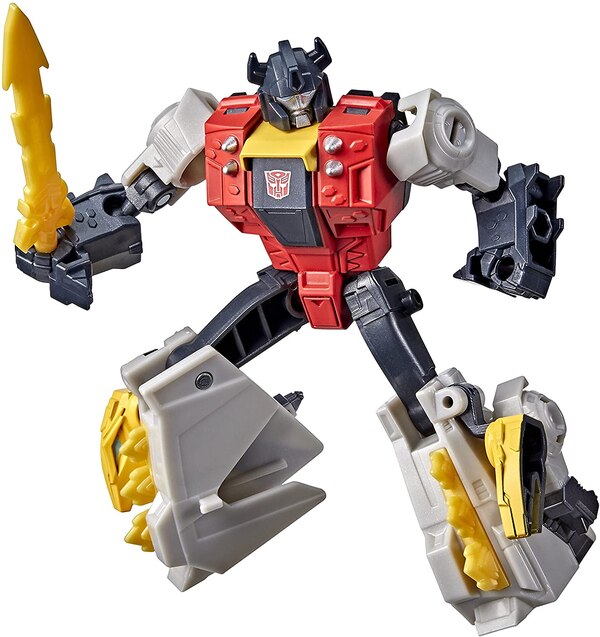 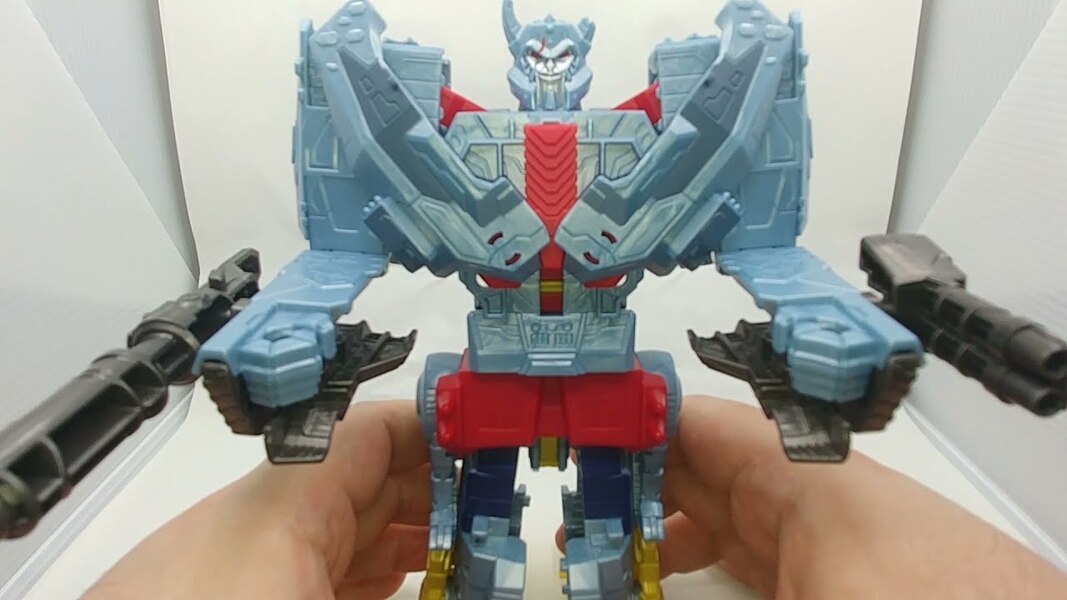 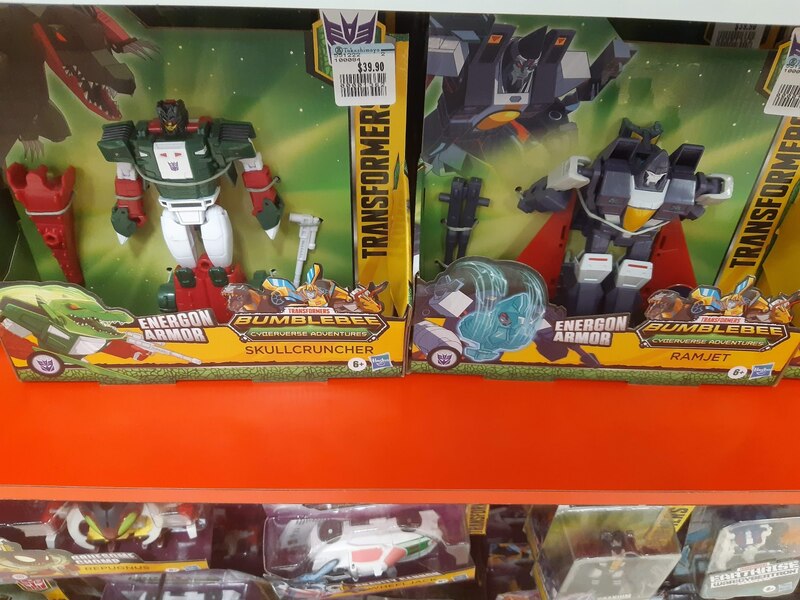 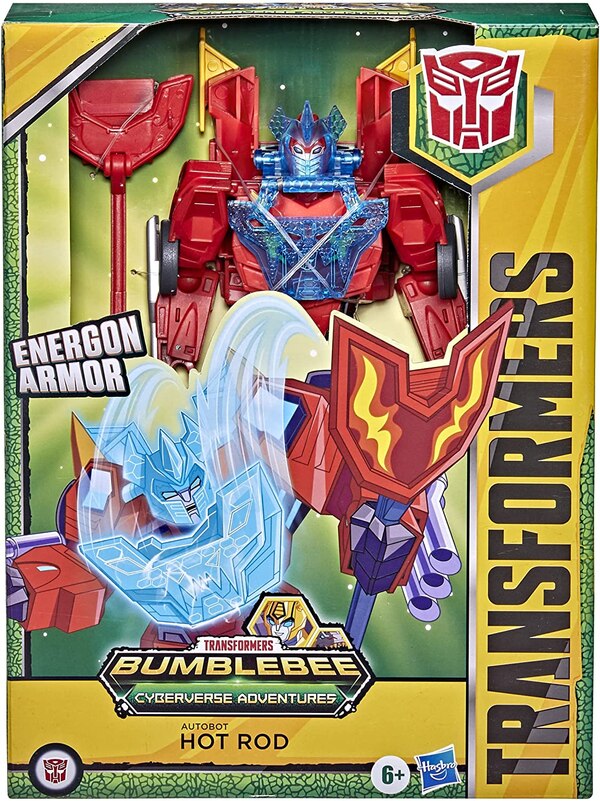