The Hollywood Reporter has posted an article revealing Hasbro's media and toy plans for the near future. Combiner Wars now stands as part one of a "Prime Wars" trilogy, of which Titans Return (aka Titan Wars) will be the second installment. The article mentions the return of Sentinel Prime, and included art shows a character similar to the Prime-headed shuttle lineart from the Botcon posters. We're sure to hear more about this in just a little while from the Hasbro event in New York, so stay with us. Meanwhile, keep reading for an excerpt and link to the article.

"We decided to initiate the creation of a bigger deeper worlds," said David Erwin who heads Hasbro’s Transformers story team. "The fan reaction was really good. And that’s when we decided we wanted to make this a trilogy and really make this immersive. And when we say immersive, that means to create that experience across all different platforms, to take it across everything that we do."
1 Image(s) - Click to Enlarge 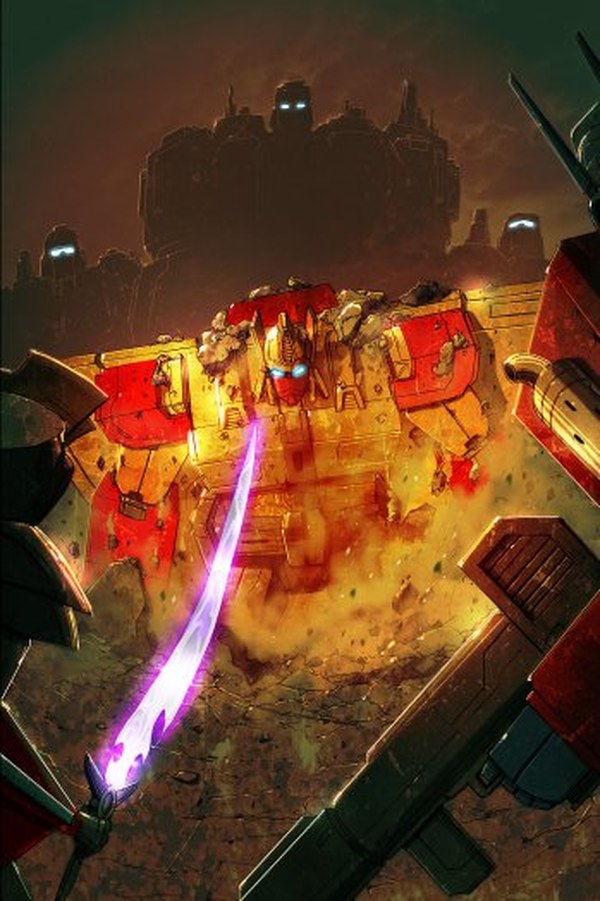