Yesterday, we looked at RAC's picks for what Siege stuff he thinks we could see at New York Comic-Con at the other end of the week. And he mentioned that we're expecting another Titan Chunk to follow in the single footstep of Trypticon's leg (and Divebomb's wings). But, who will be the next Titan, and if they are shown off, what part would we see? For the first time in years we have no idea. But we can speculate baselessly, because that's fun! Keep reading for a thinkpiece. ...okay, a piece, at least.

From Least To Most Likely... 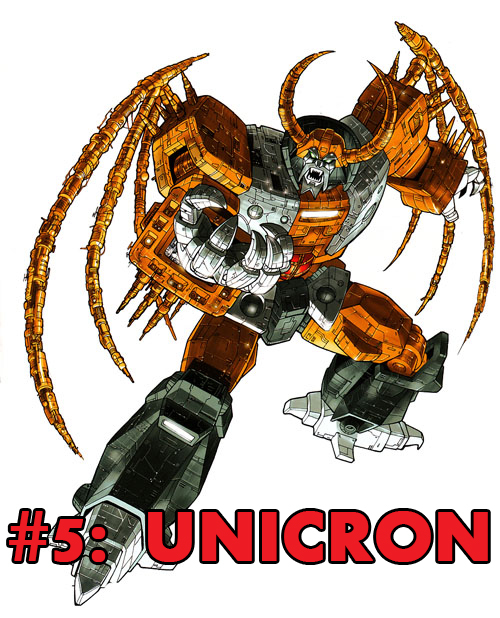 We had to put this here or diecast from Radio Free Cybertron would be sad. But he may be somewhat sad anyway when we say that we still have our doubts Unicron is going to happen this year. We don't know how effectively he could happen at this price point anyway; a Unicron that is at most the same height as Fortress Maximus might not do the trick at this point. We keep thinking that Unicron would be a great fit for HasLab, the crowdfunding platform for moonshot toy ideas that would be impossible to do at retail, or possibly at all without some kind of advance guarantee of purchase. But if we were to see a Titan class Unicron, we'd be inclined to think it'd be at the far end of the War For Cybertron trilogy. 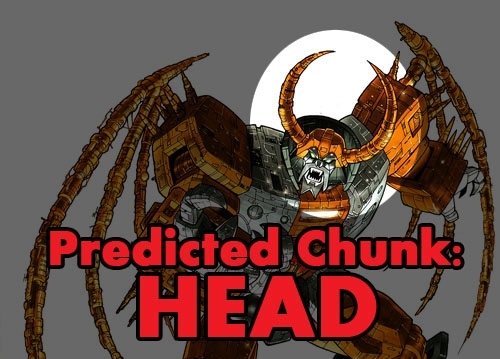 When you explode and your giant head forms what is essentially a new moon for the planet you were trying to eat, it becomes the most iconic part of your anatomy pretty quickly. The argument against is that it pretty much gives the whole game away, and Hasbro does like to be a bit coy about these fragmented reveals. 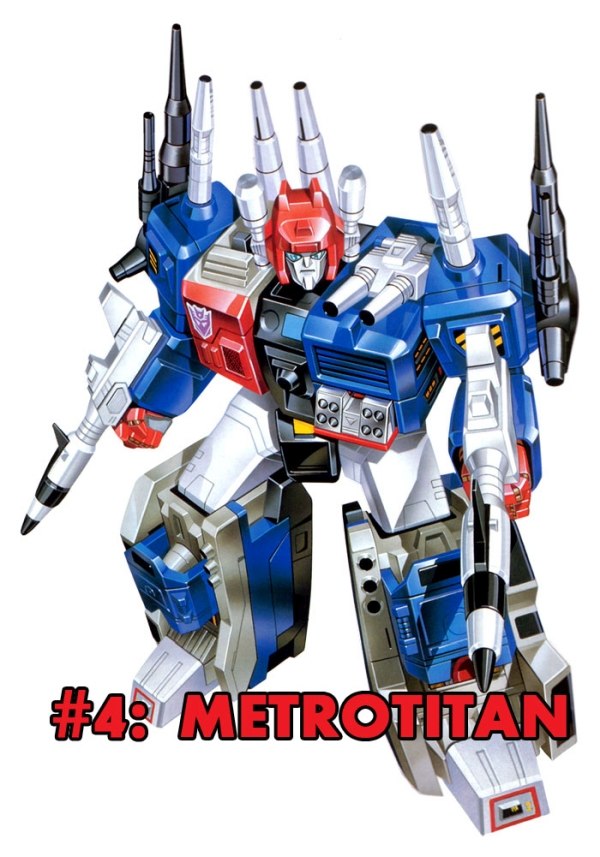 This one is possible, especially with one of the Metroplex mold's helpers in the works for Siege, so we could get a Metroshot. Also there's the fact that Metrotitan was associated with Micromasters in his original release in Japan. But with market changes since the Metroplex mold, can it even fit into the Titan class just a short five years later? It's hard to say. But it's not impossible that if Hasbro doesn't, TakaraTomy will: with the recent announcement of Heroic Transformers Zone trio Big Powered, Zone character Metrotitan might be an appealing release to them. 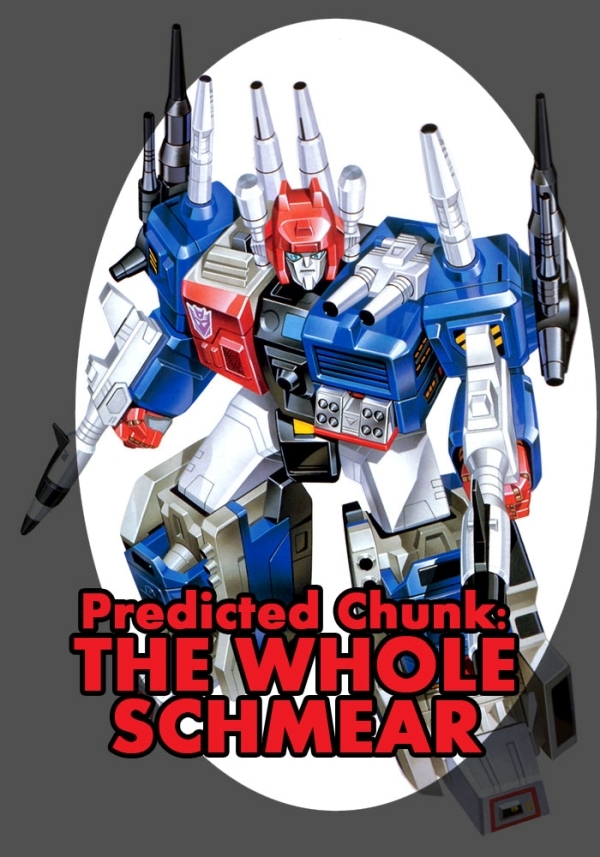 Again, we think this one is almost as unlikely as Unicron, as Hasbro has shown no interest in issuing recolors of previous Titans up to now. It would probably be more cost-effective, and that might matter. But if they do, expect to see the whole thing in full color, because doing otherwise wouldn't really convey to those not familiar with Japanese G1 what Metrotitan is. 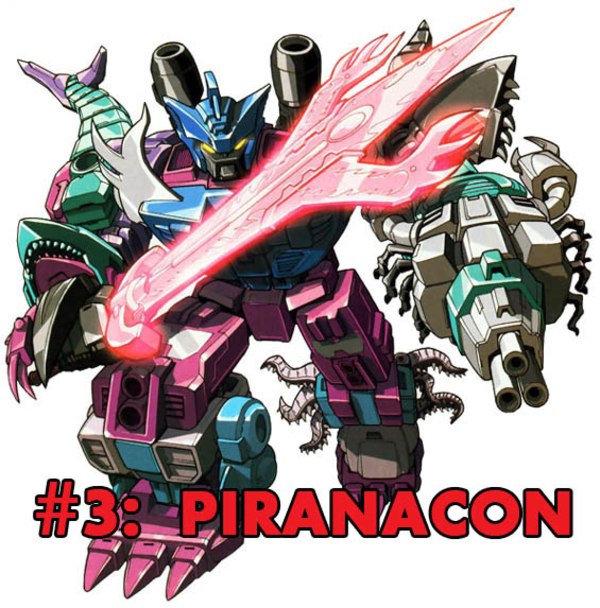 The last of the G1 Scramble City style combiners - that being the standardized five-parters like Bruticus and Superion - Piranacon was a six-parter with a twist: the Seacons had five limb-bots, and the odd bot out became a Targetmaster for the combiner. Well, we've got TargetBattle Masters this year, so that's a viable connection to pursue. And Piranacon is one of the last G1 Scramble combiner mold families that was left untouched by Power of the Primes or Combiner Wars. Also, going by current SRPs, five Deluxes and a Voyager pretty much equal Titan pricing, especially if you toss in premium hands, feet, and weapon. The holdup here would be that, if they were to make them Combiner Wars compatible as they should be, it might not make for as impressive a Titan class package as they usually work towards. 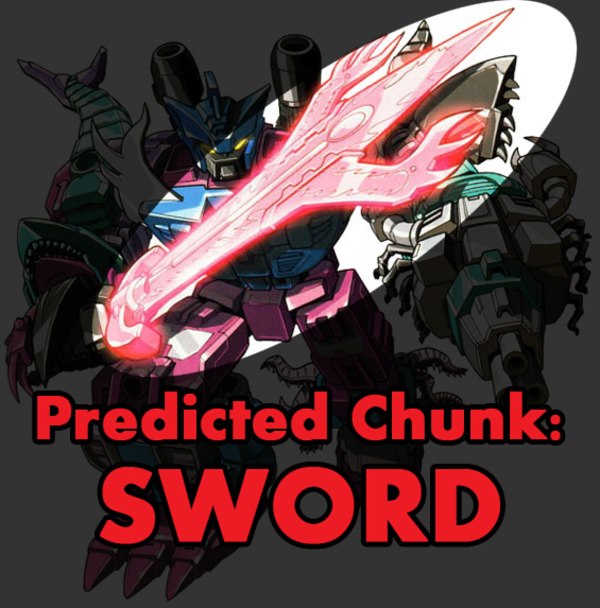 So if they went this route, there's kind of a problem. That being that showing off an entire Deluxe fails the Obfuscation Test just the way that Metrotitan would. And also, while Collectors might recognize the value of five Deluxes and a Voyager in a Titan-sized box, it doesn't exactly get Hasbro more Whoa, which is what promotion at NYCC is all about. But Piranacon's big coral-inspired sword is both (ideally) large and nifty-looking, so if they wanted to go that route it'd make the perfect reveal piece. 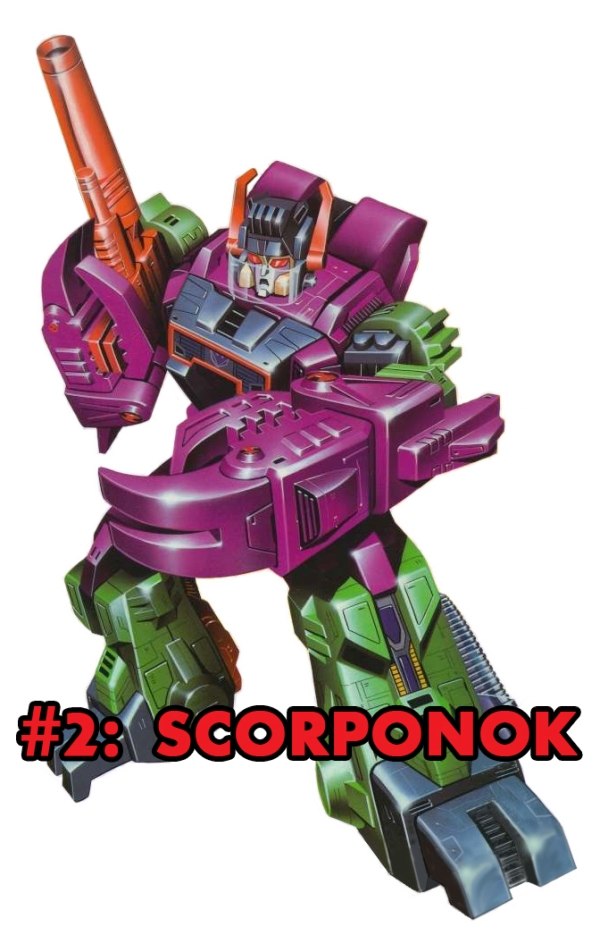 Scorponok has the same thing going for him that Piranacon does: unfinished business. As the last city-bot mold missing from the modern line, he missed his shot at Titans Return, his natural habitat, thanks to the fan vote for Trypticon. At one point, the design team joked that the vote was more or less intended to settle "which one we make first" between three designs. That's a lot of what pushed Scorponok this far up the list. Frankly, we'd love to see a modern Scorponok, but our G1-Marvel-loving selves would rather see a Leader-class Scorponok to put up against Titans Return Powermaster Optimus Prime. Given the love for Japanese G1 that this design team has always displayed though, we have to imagine that a modern Scorponok would in fact be a Titan, to go with Fortress Maximus. 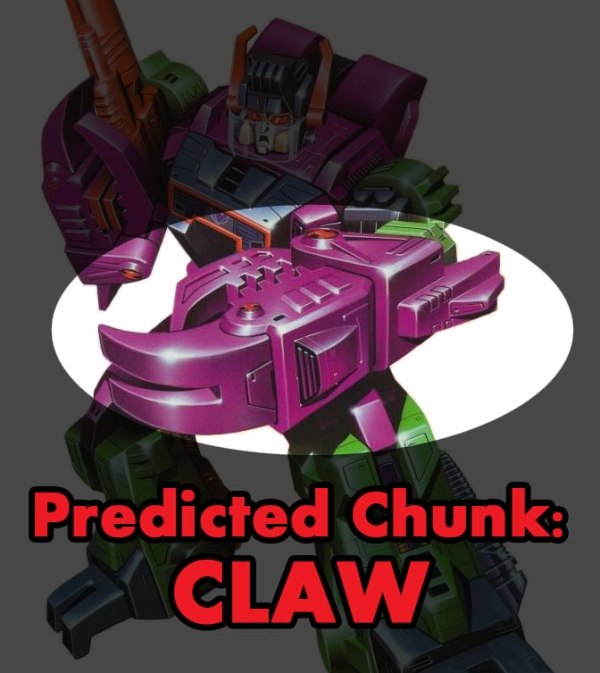 If you're trying to impress while giving a clue that fans will understand, and your Titan is going to have some big chunky claw hands, that's almost definitely what you'd bring along. It'd be as strong a tell as a dinosaur leg or some wings, easily. As a potential alternate we'd suggest his shield, but that might be too oblique.


And there was one more Titan on the Fan's Choice poll. 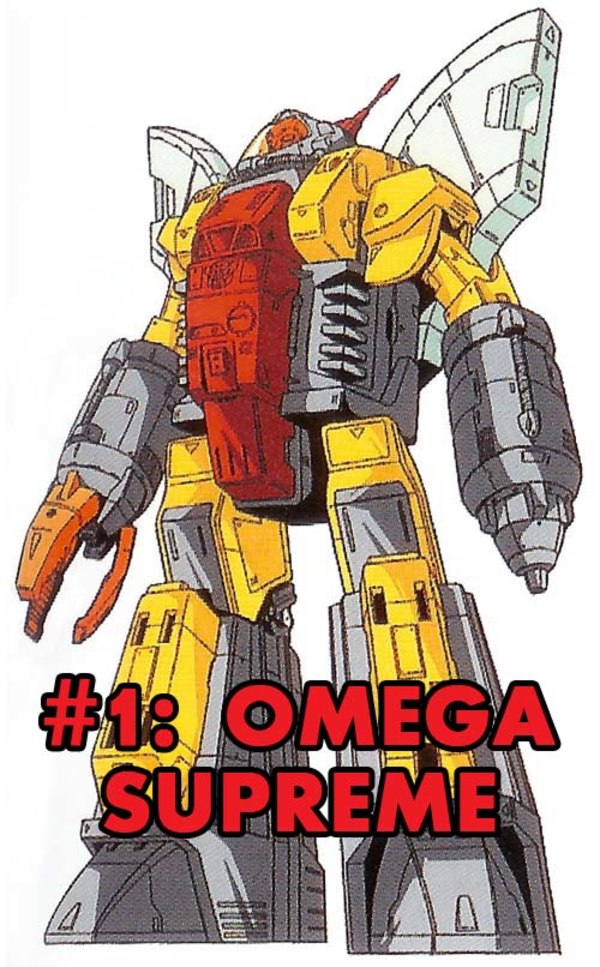 This is the one we'd be willing to put money on. The last of the candidates from the Titans Return Fan's Choice poll, Omega Supreme edges out Scorponok because thematically, he makes far more sense for Siege. Since the G1 episode "The Secret Of Omega Supreme," he has been associated with Cybertron, especially pre-war Cybertron. Given that Siege appears to be set at the outbreak of the war on Cybertron, Omega is a natural fit.

Given that the Ark figures heavily into the Siege promotional poster, you'd be forgiven for hoping that this Omega is based on Animated Omega Supreme, who transformed into the Ark. But since we're already making predictions we would more expect it to be a rocket and a tank, just as random `80s mecha toy mold acquisitions and a G1-loving design team intended. 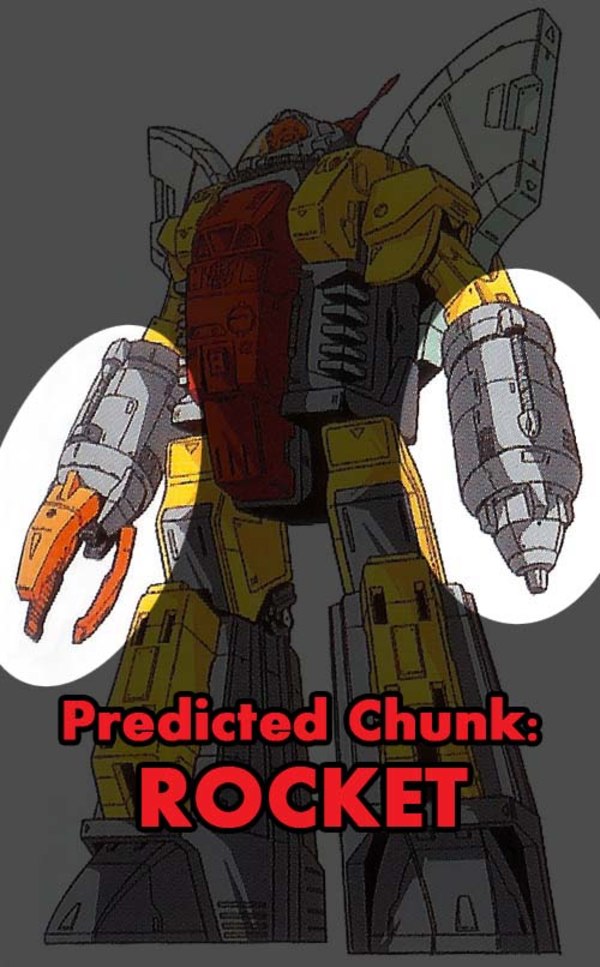 And if he's a rocket and a tank, the rocket easily meets the requirements of looking neat on its own, slyly giving away the character, and not being the whole picture of the Titan. The tank would be revealing too much and any other piece of Omega's anatomy would likely be too little.

Our #1 prediction from this piece is that during Hasbro's annual livestream, we're going to see a rocket. 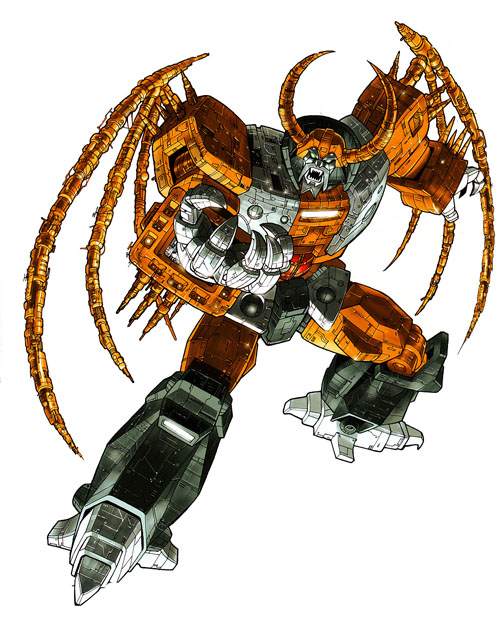