It's nearly time for NYCC 2018, and we've got questions. And hopes! And expectations. We've seen a pretty good piece of Siege so far, but there's more to be seen - like Decepticons - and we've recently had a new Titan teased as well. What do we know of what's coming, and how likely do we think seeing any given figure is to be shown? Keep reading to find out.

As always, this question is complicated by leaks. Thanks to retailer listings we're privy to a fair bit of what Siege has in store for us, and the big question is what's likely to be seen here and now, rather than later. Our first guess, though, would be:

The Siege display at San Diego Comic-Con 2018 was very, very Autobot-centric, with only a single Battlemaster Decepticon being shown. Given that we were also shown parts of multiple waves of product, we've figured from the beginning that this meant that Decepticons were being held for NYCC. So we're pretty excited to see who is there and what they look like.

But To Be More Specific...

Who do we expect? Well, Megatron seems like a good bet. We know he's coming and he's almost got to be part of wave 1. We've only seen one Voyager in the form of Optimus Prime, and Voyagers most commonly ship in cases of two. But with no official G1 alternate mode that can safely be referenced in a modern toy, we're hoping that his alt-mode will be a bit more out-there than Prime's. 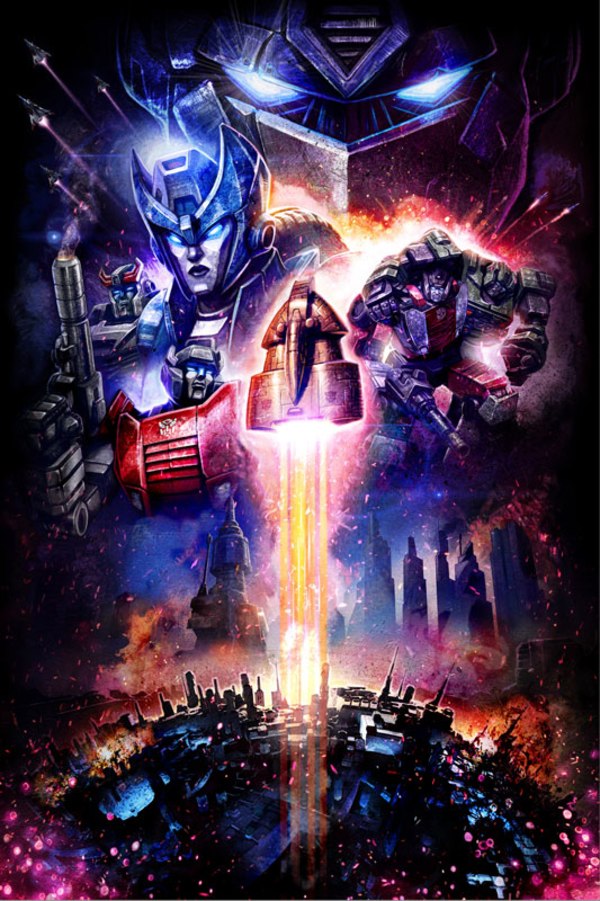 Starscream is the next most likely, both due to his popularity and our having seen Cybertronian "Tetrajet" Seekers in promotion artwork already. If we had to guess, we'd assume he's a wave 2 Voyager.

Two other possibilities are Soundwave and Shockwave. Again, we had some extremely vague leaks in July that have since been supported and corroborated by other listings in other inventory systems, and we know both are on the way. But since Soundwave is pretty to be a Voyager and Shockwave a leader, the question again becomes whether they're early enough in the line to be seen yet.

Another name that recently came up in retailer systems is Flywheels, the counterpart to the Duocon Battletrap that we got as two separate Legends class figures in Power of the Primes. But Flywheels is listed as a Deluxe, so we don't know if he'll get the full treatment of becoming two separate robots with alternate modes that can combine into one slightly larger robot. (The G1 Duocons were made of vehicles that didn't have robot modes of their own, and only became a full robot by combining.)

Some of these are more longshots than others. Sixgun, who is a counterpart to Metroplex much in the way that Deluxe Autobot Cog was a G1 accessory for Fortress Maximus, was among the names leaked in that post from July. His item number leads us to believe that he's probably in one of the later waves, though. Significantly more likely are Red Alert and Prowl, who both have been featured in official Siege artwork so far. Red would be a simple recolor or perhaps light retool of the existing Deluxe Sideswipe, and we're not sure if that makes showing him off so soon more or less likely. Prowl we're just guessing will show up soon because of him showing up on multiple pieces of Siege artwork. Voyager Springer was also recently hinted at via a premature Walmart product listing, so that's also a possibility. Given the recent history of Triple Changer toys, we'd expect him to hew a lot closer to the G1 character model than the much-celebrated IDW-inspired Springer from 2013.

And of course we've heard of more figures at the Battle Master & Micromaster price points. Misfire's partner Aimless, Slugslinger's partner Caliburst, as well as newcomers Pteraxadon and Smashdown are all possibilities. On the Micromaster side there's at least one more team in the works that could be shown.

Two years ago at NYCC, the leg of Trypticon. Last year, the wings of Predacon Divebomb. This year...? Between fan votes and leaks, it's been a while now since we had no clue who the next Titan would be. In fact, if not for a Q&A on the official Transformers Instagram, we wouldn't even know to expect a Titan this year. As to who it could be... we'll think on that one tomorrow!