On the SyFyWire YouTube channel, the NYCC Hasbro presentation is about to begin! We'll be updating this story with reveals as the event proceeds:

11:32 EST: John Warden & Ben Montano are on stream. The table has a pair of Generations Selects boxes, plus 35th Animation versions of Siege Prime and Megatron.

11:33: John discusses the history of the brand, and admires how much the brand changes over time. "Any Transformers Prime fans out there?" From the sound of the audience, there are!

11:37: Ben talks about the challenge and joy of pushing TF designs to new places. John points out that a lot of the Takara design team has been with Transformers since G1, and how great it is to work with "these living legends." War For Cybertron represents an advance in hip joint technology that makes them stronger and more able to hold up the Weaponizer parts. "With each generation comes new technology."

11:39: Is there a different approach for kids than for collectors? John: WFC is created for a collector mindset, but fans can be of any age, and kids are getting into WFC. Biggest thing collectors demand is detail. There are Transformers for every age.

Ben: Generations Selects is where we do characters kids won't recognize. Like the Powerdashers! On sale now at Entertainment Earth booth. This is for the fans. Not a lot of under-10s in the audience right now.

John: Earthrise Starscream! Voyager class, based on the Classics/Universe mold but with more articulation and detail. Possibly, per John, superior to the Masterpiece.

Earthrise details about the modular base figures.

Scorponok is now a DOUBLE HEADMASTER, to rival Fortress Maximus.

Zarak is of course part of city, which will itself be compatible with the Earthrise bases. "You're gonna need a bigger house."

Hey, did you know there's a HasLab Unicron up for preorder right now? "As big as a toddler." Also on display at the Insider booth.

As of this morning, Unicron's over 7000 backers! Closing in on the 8000 goal, needed by Sunday. "Help make this dream a reality, the biggest Transformer ever!"

John highlights the features: scale Galvatron and Hot Rod. Tiny Autobot shuttle. Stand for severed head of Unicron for bringing it to work. "Hey, look what I got?" Upgraded hands with 15 points of articulation! Have him clutch an orange, pretending it's a planet.

Host: "That's the first Transformer you're going to need a car seat to drive around."

Work began last December, so it's been in the works at least a year. Kunihiro-san from TakaraTomy, who has worked for the company since `86, is lead engineer on the project.

John: He CAN stand on his own weight. If you build an Earthrise City, he can come through and wreck everything kaiju-style!

Ghostbusters/Transformers crossover. Team are huge Ghostbusters fan, John most of all. One call to the team at Sony, since the anniversaries coincided, and they were off. IDW's minds were blown. "You're seriously going to let us do this?" MP Ecto-35 Prime.

Are there requests for other crossovers? Hasbro did just buy Power Rangers... John: "It'd have to be a combiner, I'm just sayin'."

John admires the people coming together at cons as a fandom melting pot. "We're doing the same thing with Transformers. We're just doing it in plastic." 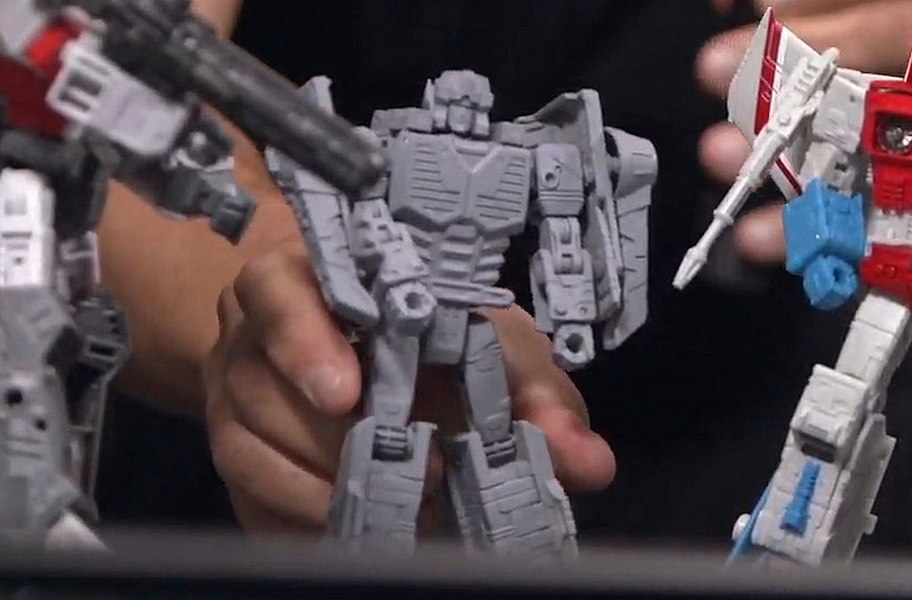 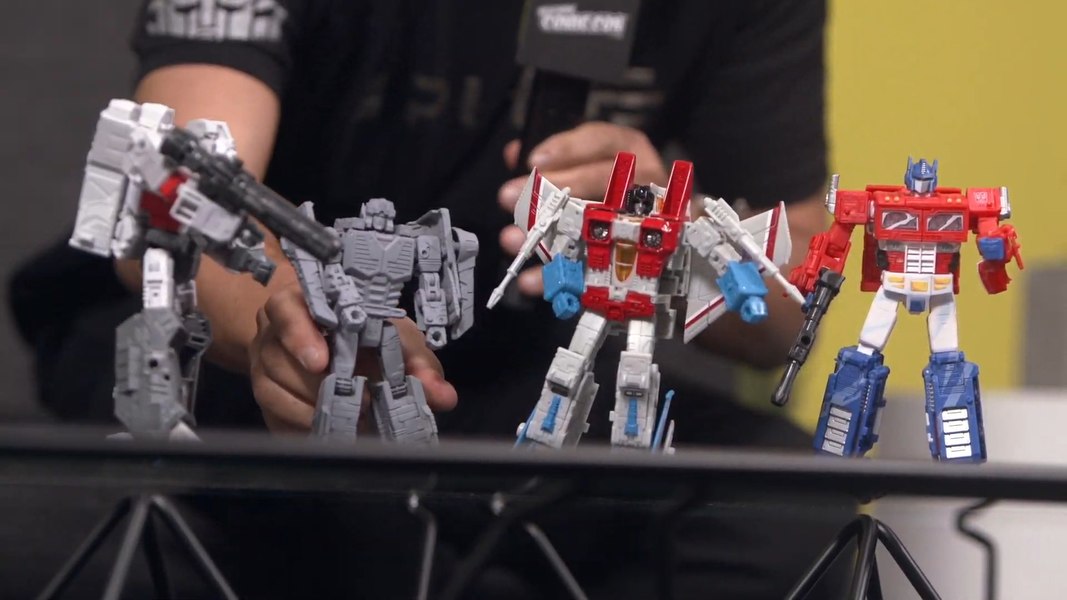 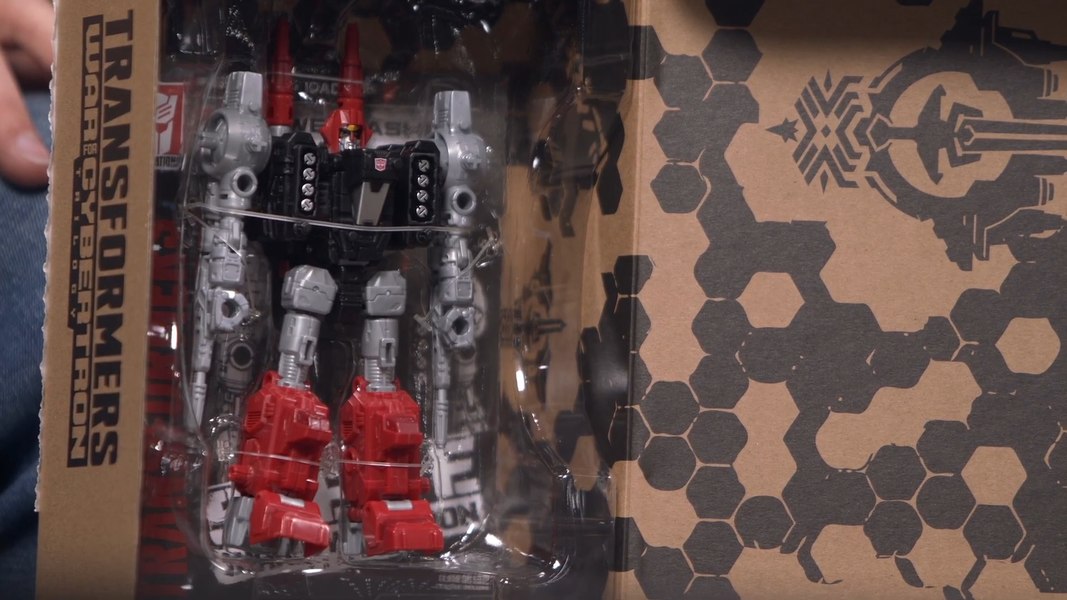 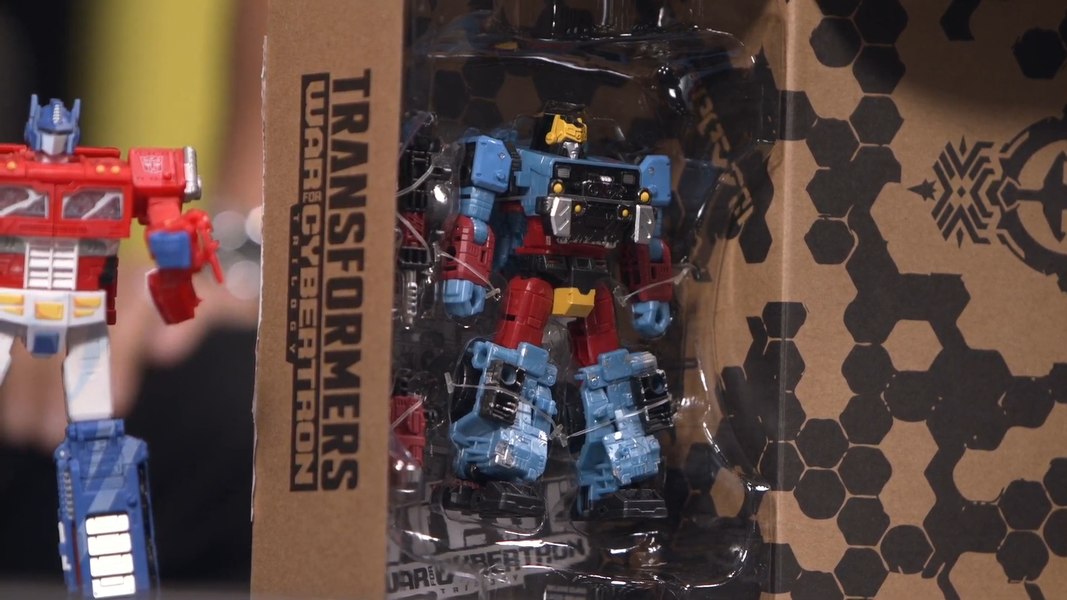 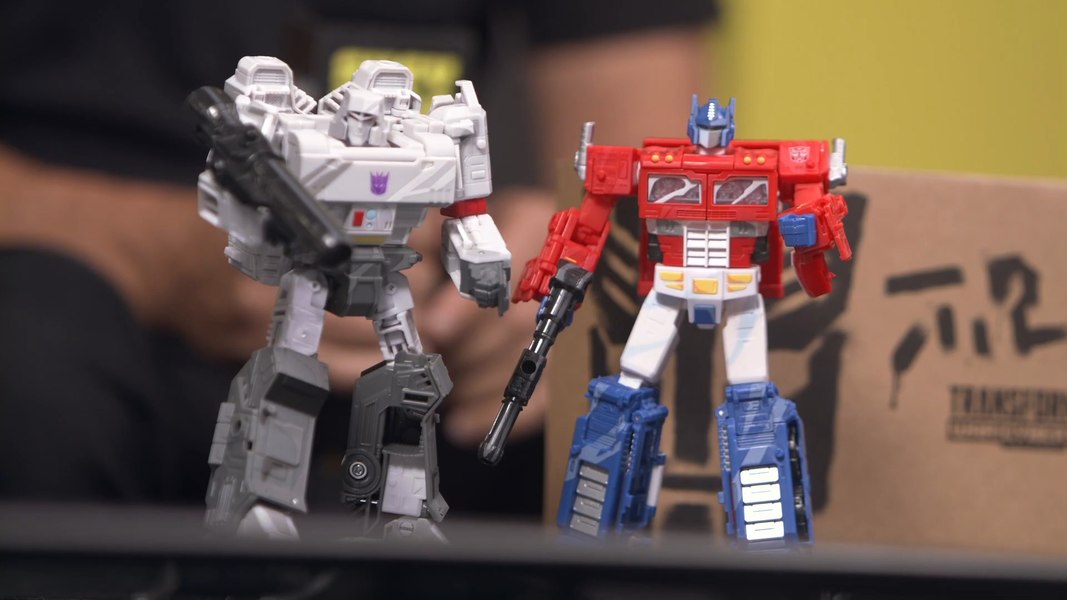 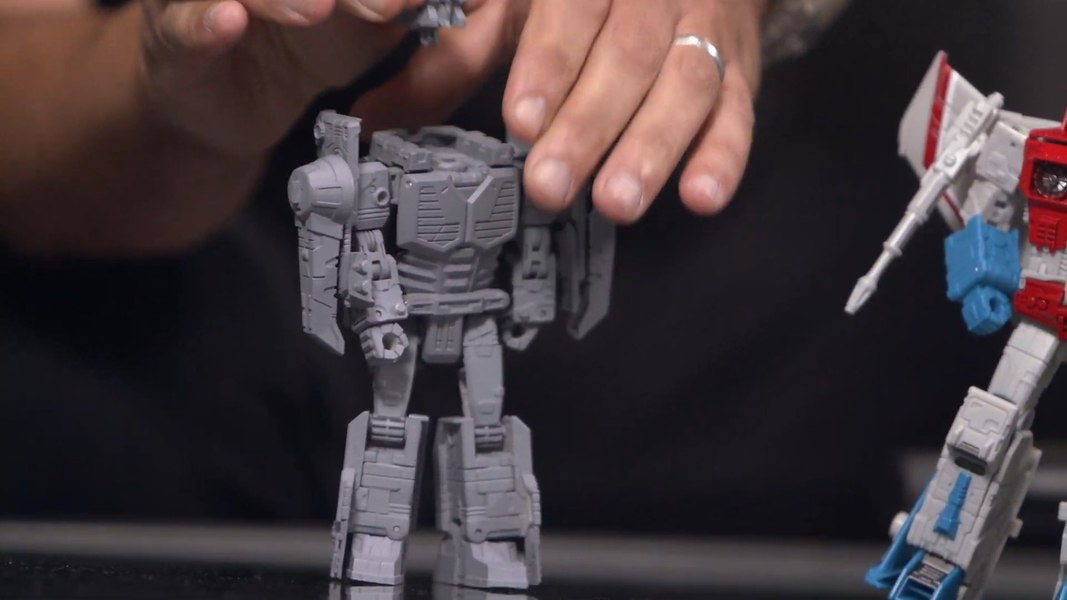 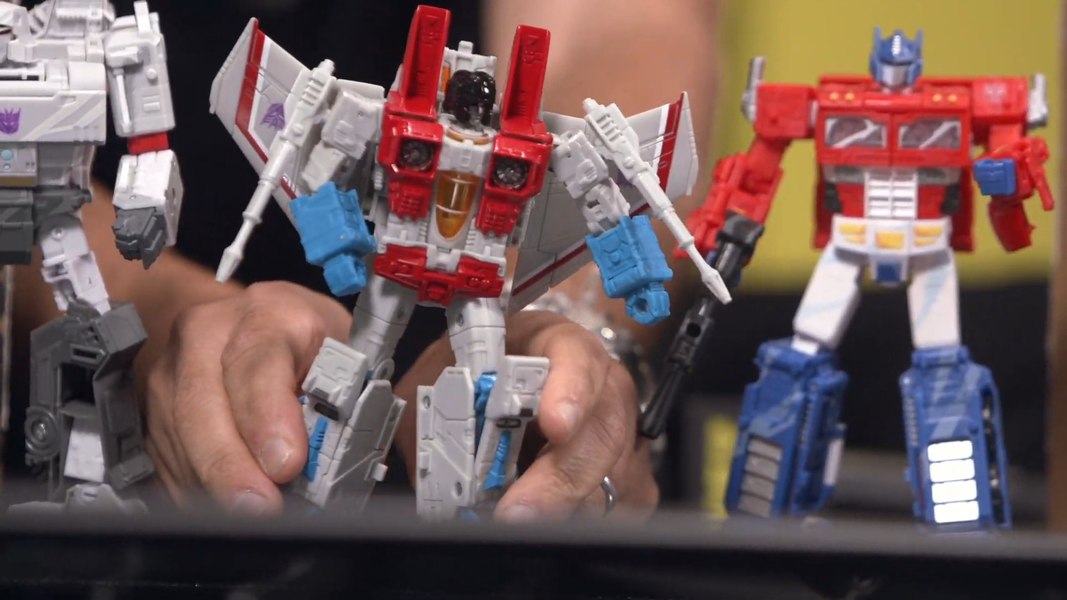 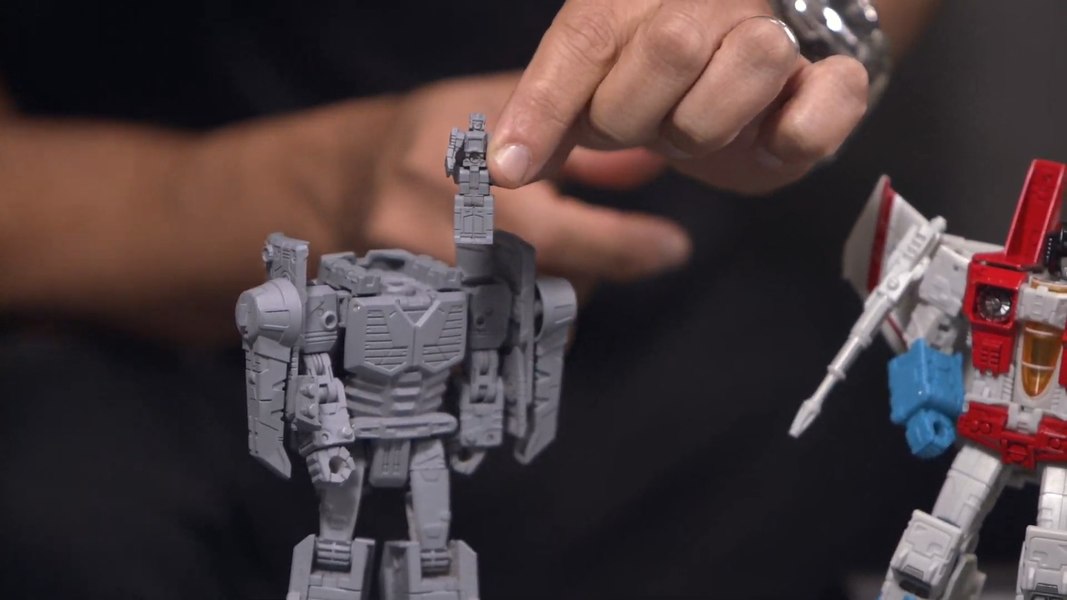 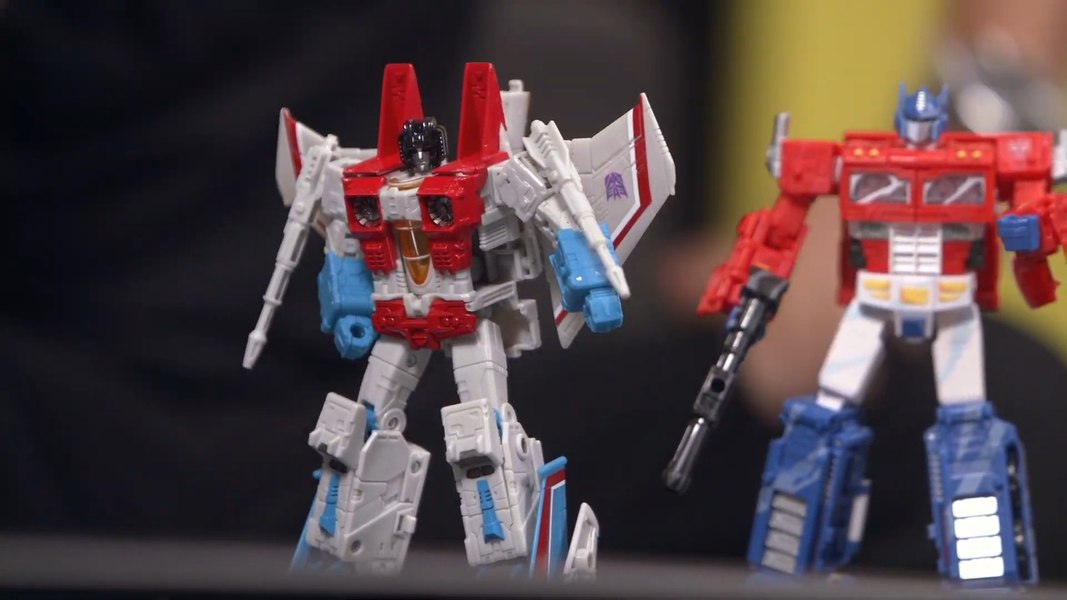 Just a heads up. As of posting this, the first 4 hours of the video you linked to are truncated. It starts right in the middle of the Murder In The Front Row interview.