OPINION: What Should We See From A Transformers Fan Club?

Slated for 2017 and with no details yet given, it's far too early to know what shape Hasbro's new Transformers Fan Club will take. But even if we don't know what it will be, we probably all have thoughts on what it should be. RAC definitely does - and he feels the time is ripe for a change. Keep reading for his thoughts on the issue, this time written in the first person!

As a preface, this is not intended in any way as an attack on the Transformers Collector's Club as it currently stands, anyone involved with it, or anyone who has enjoyed the products they've put out. This is simply asking the question: what this the best possible fan club format for Transformers now?

I think that at one time the TFCC may have been, but it's probably not anymore. I'm really happy that Hasbro specifically called the new entity a Fan Club and not a Collector's Club.

Before they even began work on Transformers, Fun Publications more or less perfected the model of the Collector's Club over a decade of running the GI Joe equivalent. It's worth noting that for much of that time, the GI Joe Collector's Club was focused largely on the 12" line - a line which was enjoying a short retail resurgence in the 1990s but was still primarily the province of adult collectors with adult incomes and adult budgets. By the time the Club expanded focus to A Real American Hero, it was quickly becoming the same thing. And so FunPub's model is an excellent fit for the property and audience they've had the greatest experience with.

Transformers has a similar back catalog that there are many, many fond fans of - but between IDW's comics and the successful Generations toyline, Transformers' back catalog has been more "alive" during the Club's tenure than 12" Joe and RAH can really say, for the most part. As such, I feel that we need a true Fan Club, something that all Transformers fans can belong to and enjoy.

Cost is a factor. The cost of joining the Collector's Club is prohibitive, roughly as much as a Leader, the second-largest size-class of Transformer offered to adult collectors. I also question the need for the number of exclusives the TFCC offered, especially at the price that they charged. Adding up all this year's TFCC exclusives - BotCon 2016, the two Subscription Service runs, the free figure and the other figures on offer - I get a total of Forty-one toys when counting each figure in a multipack. For contrast, Hasbro's 2015 Combiner Wars releases (Waves 1-4 of all price points plus SDCC 2015 exclusives) number approximately fifty-five when counting both Devastators and all other multipacks as individual figures. An entire parallel toyline that costs several times retail was a good Collector's Club and a rewarding business for Fun Publications, but I don't think it's very accessible to the average fan. Another thing worth noting is that Transformers is, as we're reminded every day, a global brand. The already expensive TFCC became even more so with international shipping figured in - something a more economical Fan Club and an international entity like Hasbro would hopefully be able to correct.

So, what would a more general fan club look like? I think that it'd look a lot like what Hasbro Pulse tried to be, but was seemingly not given the internal resources to become. Those who signed up for Hasbro Pulse were sent a Combiner Wars comic (I never got mine; the site had signup troubles) and the site had some occasionally very fascinating news from within Hasbro on the development of its various product lines. The "Designer's Desk" videos were bundled in with Hasbro Pulse for example. (The Pulse site is still there and updating, albeit still slowly; the Titans Return storybook is very much worth downloading.) Using that format as a base and building on it could prove successful, though I do believe significant changes and improvements would be needed. Especially in the reliability of the signup process and the frequency of the updates.

And while I don't really want to see thousands of dollars worth of exclusive product again, the opportunity to buy the occasional exclusive through the Club - or to get first crack at products - would still be welcome. Especially with the lower threshold of entry to the Club that I'm hoping to see. My best example of what exclusives a Hasbro-run Fan Club could offer is Titan Masters with TakaraTomy's Headmasters faceplates, or possibly even new runs of Combiner Wars Computron's hands and feet in colors to match the other Hasbro Combiners. (Which of course they could match perfectly.) These would be things fans would especially be interested in, be of moderate to low cost, and would be something that only Hasbro could effectively do. They could also make them available at their official conventions worldwide, thus increasing accessibility (and reducing costs with volume).

These are just Generations-related examples; there have to be things Hasbro could do for Robots In Disguise and even Rescue Bots as well.

I feel the new Fan Club has a lot of potential. The TFCC approach worked extremely well for those who had the economic wherewithal to keep up with it- and doubly so when paired with a dedicated Transformers convention, which sadly no longer appears to be the case. For Transformers as it is now, we need a change. There are more fans and more ways to be a fan than ever. G1 is alive and well and living in an adult collector-oriented line already available at every major retailer. The old ways will not do, and I look forward to seeing what Hasbro has lined up to replace them. 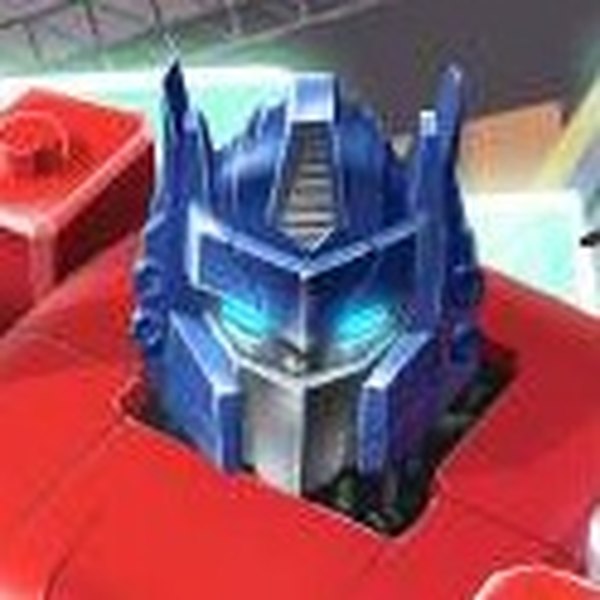