The Nottingham Robot Company has posted images to their Facebook page of a new upgrade kit they'll be pre-releasing exclusively at TFNation! It's a simple kit but a good one: a pair of hand-chromed engine blocks convert any two Titan Masters into engine blocks styled after Mega and Giga, Overlord's G1 Powermasters/Godmasters! A head block is also included for Overlord's faceplate, which promises putting the face "in a more prominent position" and with "an easter egg for longtime comic book fans." Keep reading to see the announcement and images!

We promised you a big announcement, and here it is. For the TFNation Convention. An exclusive, third-party item. The Overpower Upgrade Kit! Behold!

From the press release:

This kit, produced in high grade Acrylic and Polyamide allows you to transform your retail version of the figure into an updated version of the highly sought 1988 Masterforce Tyrant. Turn Overlords TitanMaster Dreadnaut, and any other TitanMaster of your choice (We recommend TerriBull or Ominus), into classic PowerMasters, reminiscent of Mega and Giga, featuring hand chromed engine pieces, designed to be fully interactive with Overlord’s pectoral powercells.

The third part of this kit is a Headblock, allowing you to display your figure’s original faceplate in a more pronounced position, and also featuring an easter egg for long time comic book fans.

This limited UK release also includes all tools and hardware to fit the upgrade kits, including a faceplate fastening screw for the existing headplate, a neck reinforcement screw, and a spareTitanMaster screw for your convenience. Estimated kit fitting time, 5-10 minutes.

“OverPower” will be initially available in the UK from the Nottingham Robot Company at the Convention TFNation From August 12th at £18.99, and IN China from U-Toy at Comic City GZ at ¥160, From August 14th. 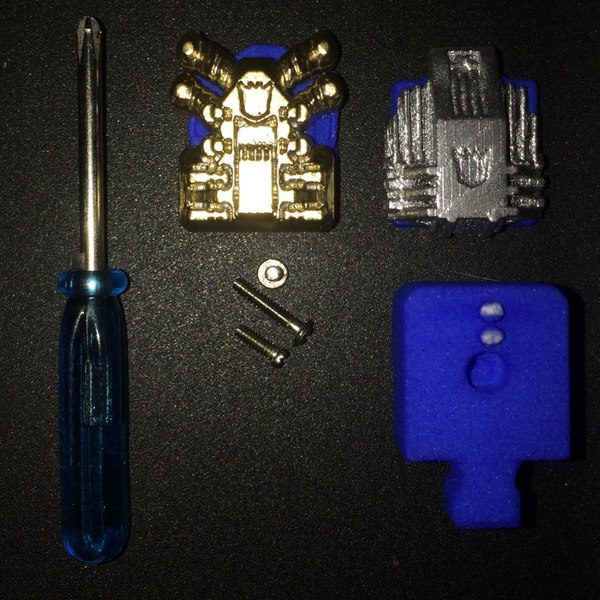 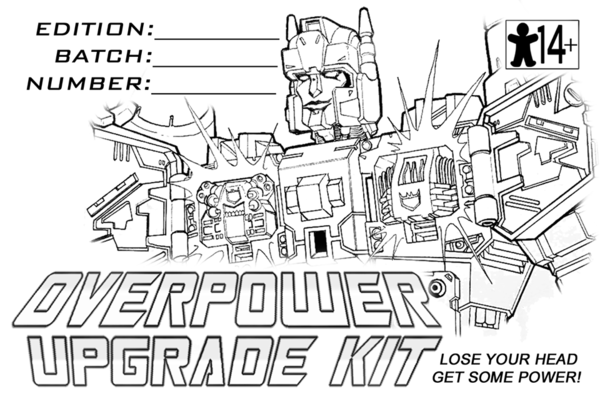