Pete's Robot Convention - Get Your Robots On This Summer!

Cincinnati, OH –Dating back to 1994, the Summer Robot Convention has been a time-honored tradition for fans of all ages and we are thrilled to have the opportunity to keep that tradition going. Pete's Robot Convention makes its inaugural launch this year, taking the Robot Convention concept back to its roots with a renewed focus on the vendors and the thousands of amazing robot toys they will have for sale, while also providing a great venue for fans to come together and make it the social event that we've all come to enjoy. And like we said, there will be thousands of robot toys for sale!

We are offering Pre-Registration for anyone who wants to take part in both the Friday evening activities as well as the Saturday show. Click the Pre-Registration link today to sign up for only $59.75! Check out everything you get for this low attending price! We will also be offering at-the- door admission. Teens and Adults are $10. Kids 12 and under are FREE!

The Transformers, Gobots, Voltron, Robotech, Exo-Squad, Power Rangers, Z-Bots, Commandrons, TriBots, and classic characters from across the last 50 years… Fans of all these great properties and so many more are all welcome at Pete's Robot Convention!

Please visit PetesRoboCon.com for all the details and additional info. We look forward to seeing you this summer at Pete’s Robot Convention! 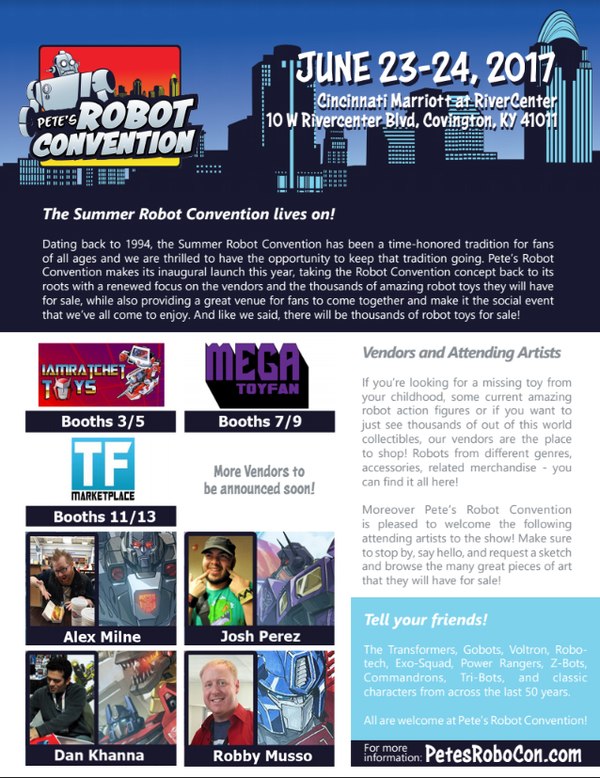 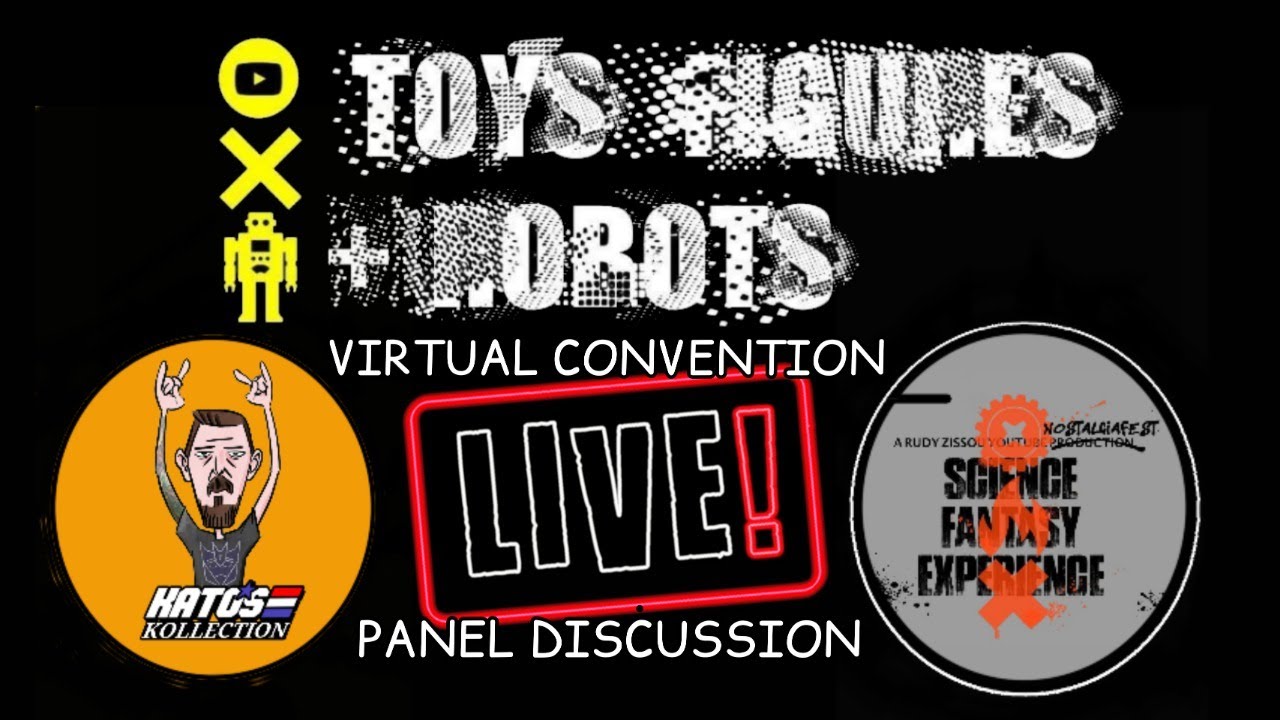