Okay, this one has a us a bit excited: thanks to the usual Weibo leaker tf-factory, we now know that we're getting more G1 reissues! In this case, the previously-known reissue Soundwave will now be accompanied by a pair of vintage cassette 2-packs! As was the case on store shelves in 1984, Rumble(red) will ship with Ravage while Frenzy(blue) will come with Laserbeak! Both sets include their accessories, though there appears to be a molding change to Laserbeak's guns.

With two weeks left until Toy Fair, it's time for the parade of leaks! We fully expect this and other leakers to ruin practically every Toy Fair reveal for us in the weeks to come, same as every year, but be sure to catch the Radio Free Cybertron Toy Fair stream on Saturday, February 16th in order to see our reaction to the new images of known Transformers items as well as the surprises that slip by in other lines! 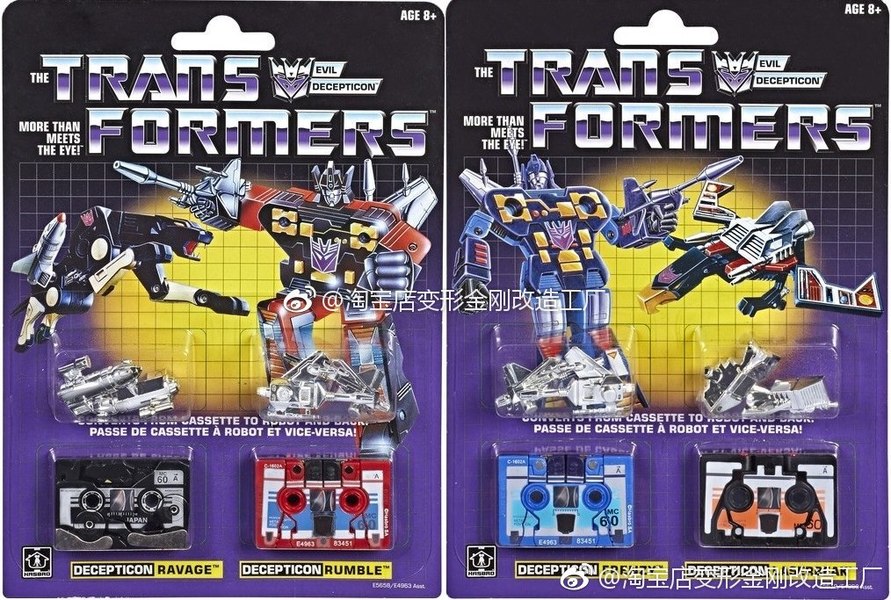 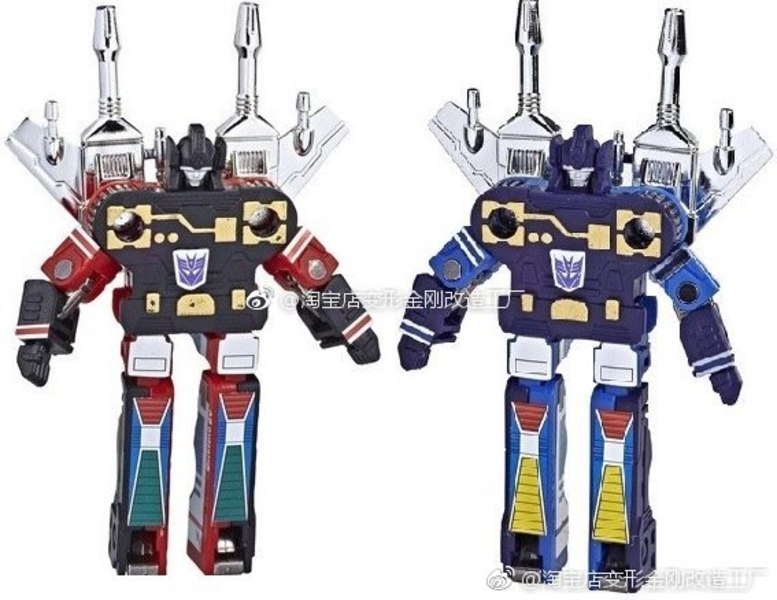