When Shockwave first came out, there were many fans who expressed their desire to have a recolor in the traditional G1 colors. Someone was listening. As part of an exclusive pack, Target has released a purple version of the double agent and packed in Bumblebee to boot.

Because of his job operating deep undercover in the Autobot ranks, Shockwave very rarely lets his emotions get the better of him. There's something about Bumblebee, though, that just bugs him. The hyperactive young Autobot annoys him enough that he lets his cover slip, converts into this Decepticon combat mode, and attacks! 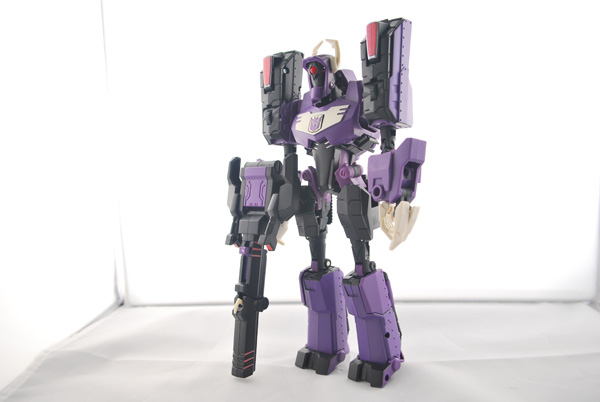 Shockwave just looks so at home sporting the purple paint job. The gray he previously had made him look so bland. there are no mold changes, and besides the purple paint job, there's not much else that has actually changed. The only other difference is the lack of turquoise, which was replaced with silver in most spots. 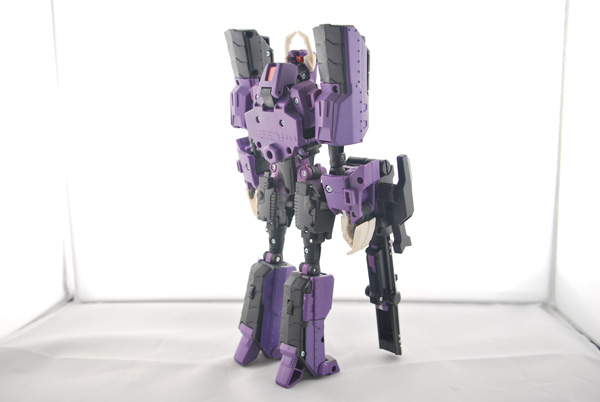 There is a little more difference with the gun. Gone is the Decepticon insignia on tbe barrel (which helps with his Autobot disguise). The turquoise here has been replaced by purple. One last note is with the chest insignia. Instead of a bland gold, you can see a true purple Decepticon insignia. Amazing what a color change can do to liven a figure up. 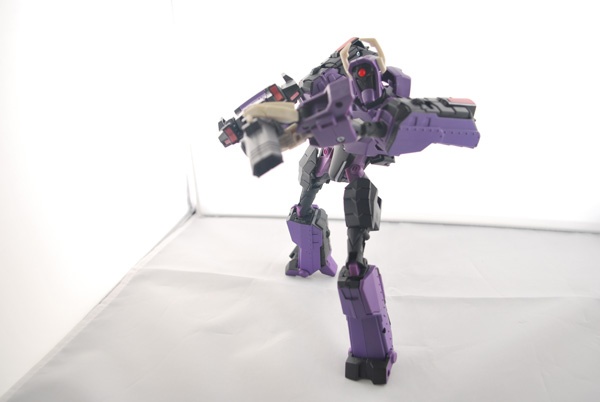 
No changes here. The shoulders are still somewhat limited in articulation. 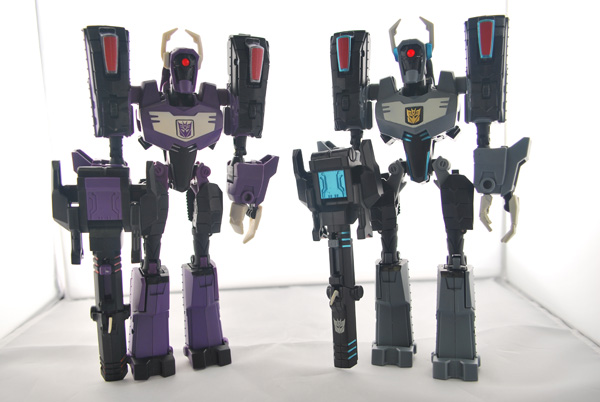 All transformations remain the same. 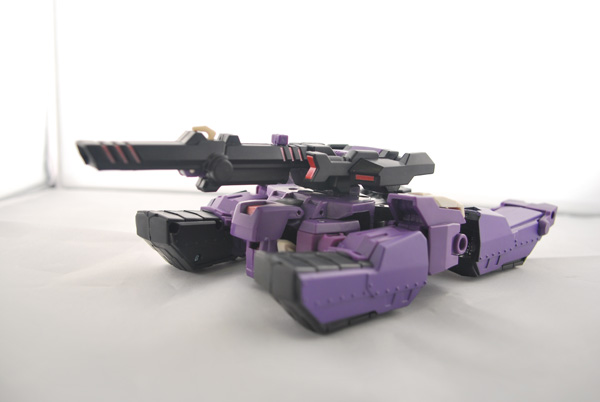 Again, besides the purple dominating the paint scheme, there's no changes to be had. It helps to take some of the blandness away from the alt mode. The gray just wansn't working for it. 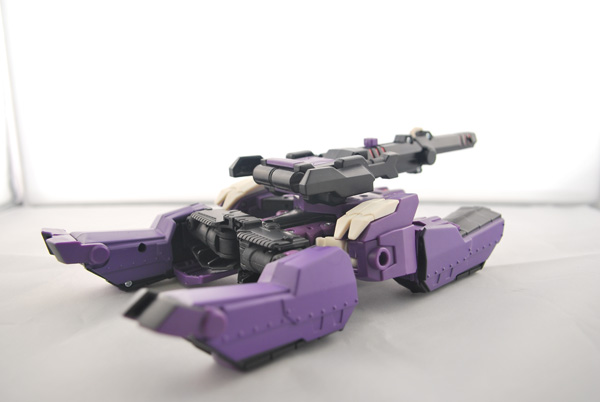 Turret articulation remains the same, with 360 degree rotation and 45 degree barrel pivot. The only thing they could have done to make this figure stellar is to hide the screws that are numerous along the top. 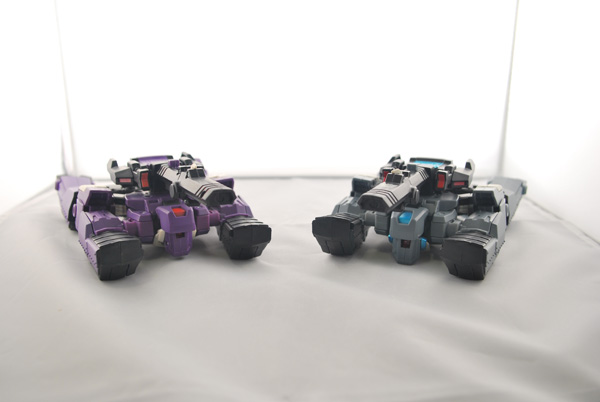 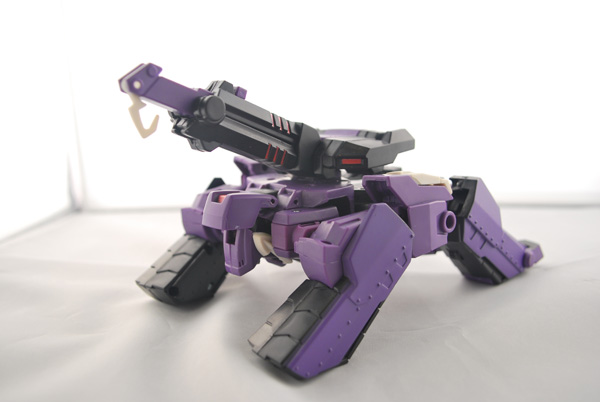 Not much to report here, besides the obvious. 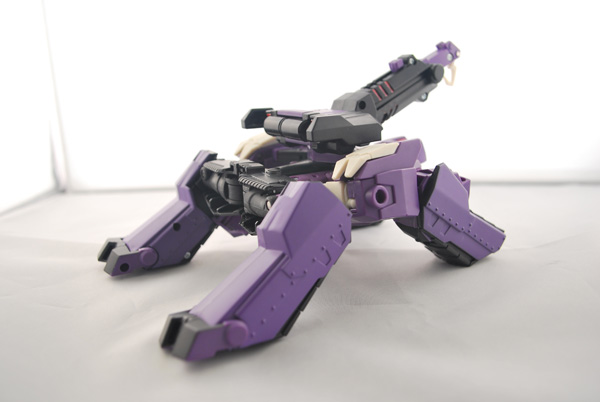 Could be a mental thing, but the purple doesn't seem to work as well for Longarm's alt mode as it did for Shockwave's. 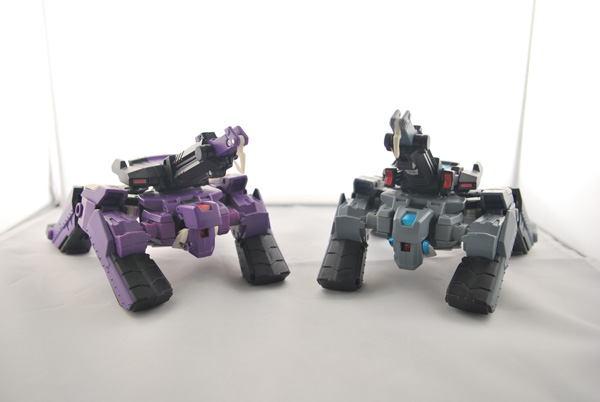 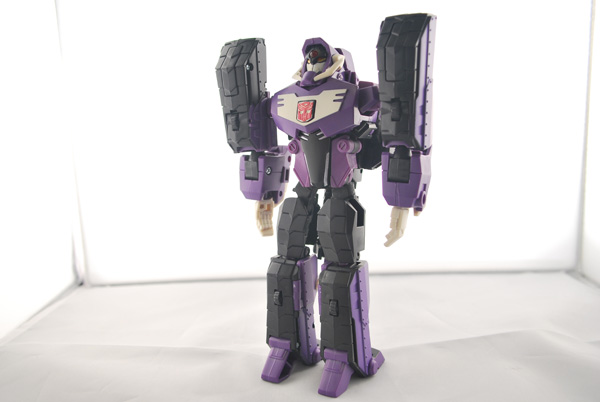 It's really a toss up in robot mode which way looks better. On the plus side, he gets a red Autobot insignia instead of the silver one. Another change is the gold eyes instead of the blue eyes of the original. 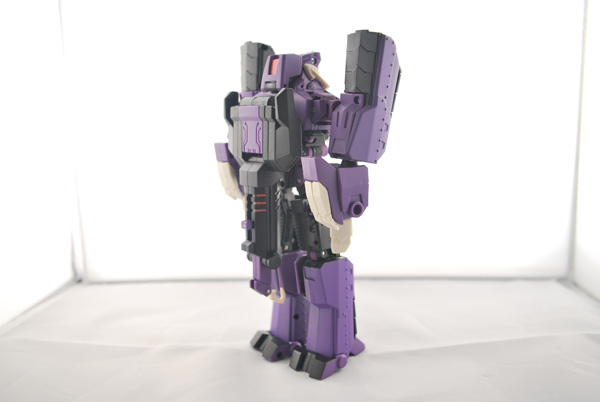 So, overall, how do you justify it? It's quite simply for the G1 fans. Keep the original for Longarm, and buy the G1 inspired repaint for Shockwave. However, if you only want one or the other you can play it both ways. For showw accuracy, the original. For those who simply must have purple Shockwave, this is your figure. 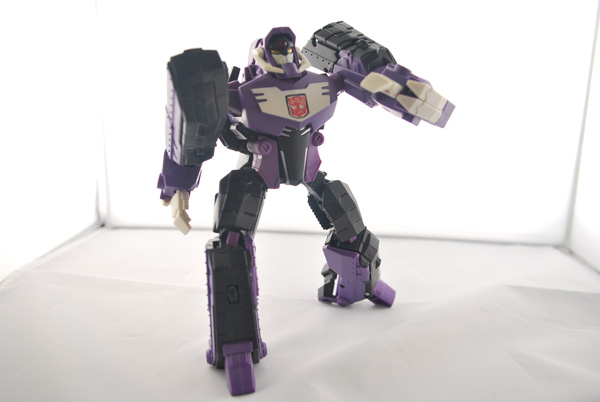 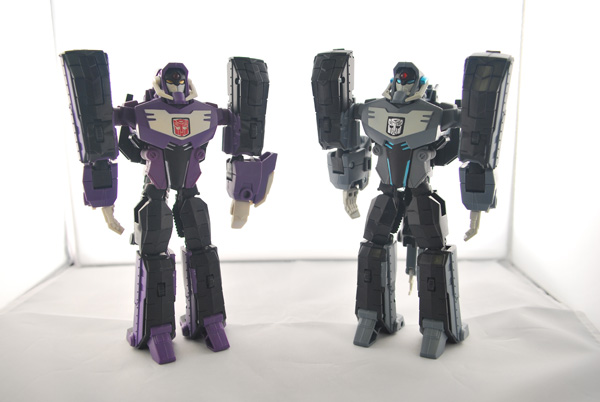 :If you simply must have a purple Shockwave, or if you haven't been able to find the original release, it's a no brainer. For those who own the original and can't see owning two, you're fine with your original.
Size Class: Voyager, Target exclusive w/Activator pack-in
MSRP: $25