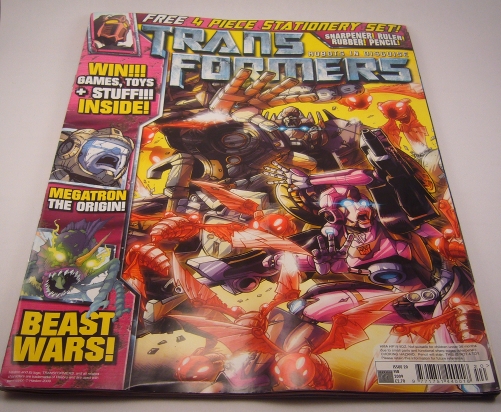 Issue 20 features part four of the original Transfomers movieverse comic, Return to Cybertron, by Simon Furman. Having (unfortunately) not read parts 1-3 you can imagine the surprise of finding Unicron on page 1! About to devour the Earth, no less. These UK stories don’t mess around… 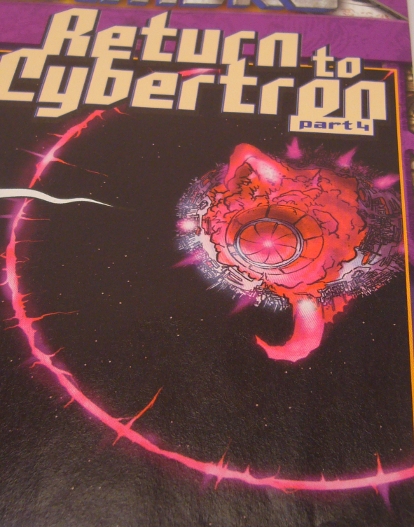 Movie Unicron, is actually possessing Cybertron, it seems, having been awakened by the well meaning Stockade with that classic substance, Nucleon. (Don’t worry, there’s no Unicron Action Master.) Prime and our more familiar on screen cast show up to save Stockade and his crowds robo-bacon. 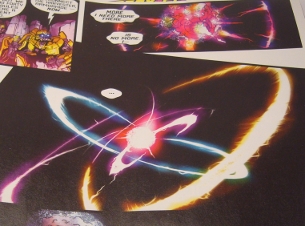 The other comics in this issue are reprints from IDW’s catalog.

The first, from Megatron: Origin, is mostly composed of the brutal fates of two Cybertronian security agents, who run afoul of Megatron.

The second is from Beast Wars: The Ascending, Lio Convoy and The Pack Arrive, but one of their owns fate is sealed.

Also in this issue, Beast Wars Battle Field, up this week Beast Wars Grimlock Vs. T-Rex. The result is left open for kids to decide via write in.

It’s Grimlock, we all know it.

The Character Profile this issue is the ill fated Razorbeast. 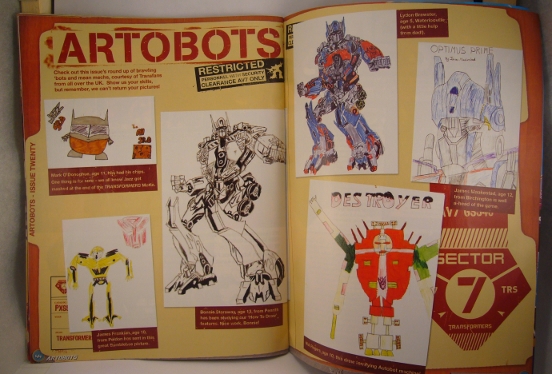 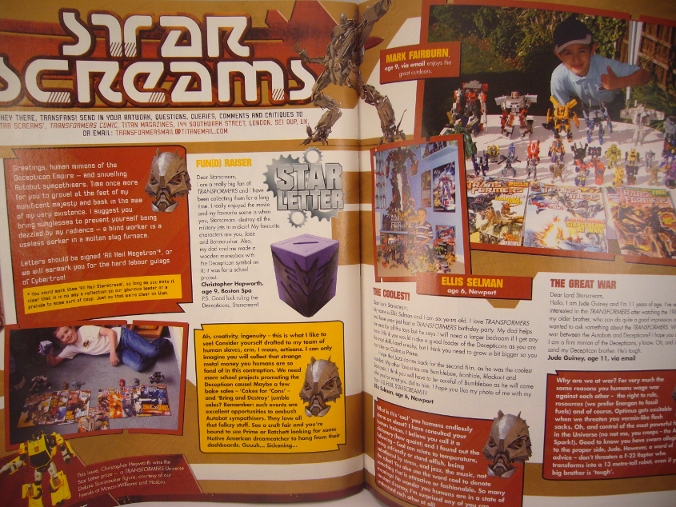 Then Starscream answers their letters and features pictures of collections. 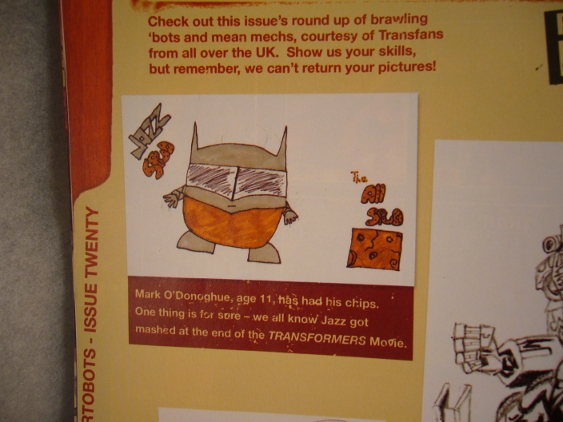 The Allspud seemed deserving of notice.

The Contests this issue are for a Nintendo DS and a copy of Combat of Giants: Dinosaurs, (too bad Grimlock isn’t in it) and for copies of Christopher Paolini’s Inheritance Trilogy. 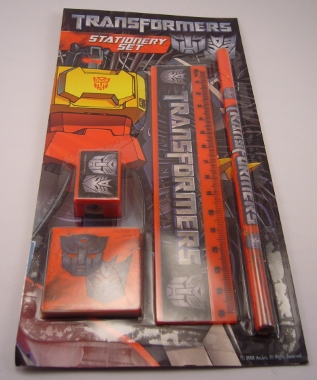 Bonus stuff for this issue a two page poster of the cover, featureing Ironhide and a very G1 looking Arcee, and a Transformer Stationary Set, with 15cm ruler, pencil eraser, and pencil sharpener.