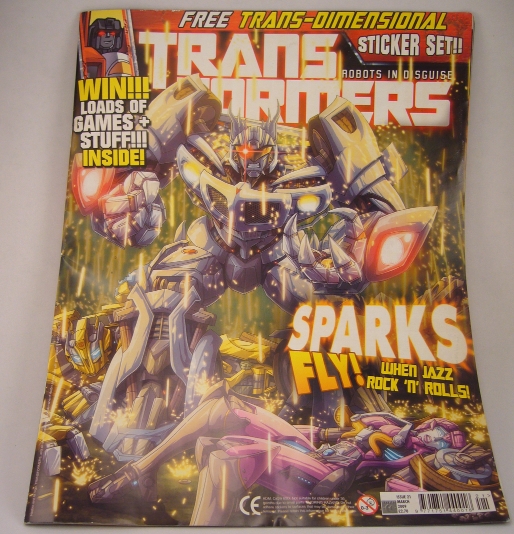 Opening issue #20 a follow up to the Return to Cybertron comes, Hard Target by Simon Furman. The Autobots return to Earth only to find their base over run buy Starscream’s Decepticons and 600 miles around it claimed as a sovereign Decepticon Nation. Makes you wonder if they’ll try to join the UN…

Prime diverts his ship to Washington D.C. where a rendezvous with the President turns into a deadly trap sprung by the Evil… Jazz? Not only have Jazz’s halves no longer on separate vacations, but he’s gone rogue bounty hunter and targeted Optimus Prime! 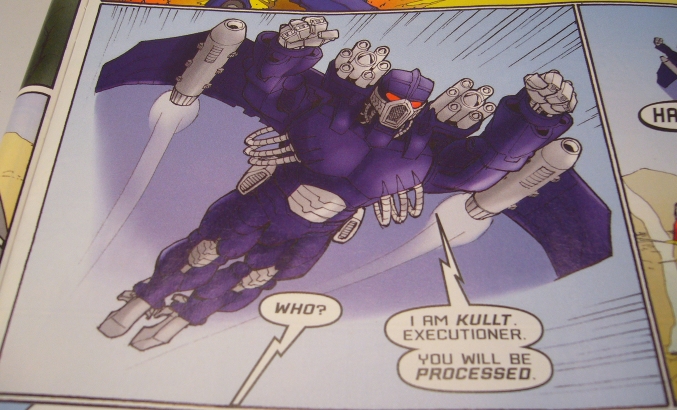 IDW could never get away with this stuff. And who is Kullt: Executioner?

Reprints from IDW continue this issue. Megatron: Origin brings us the fateful meeting of Megatron and they loyalty pledging Starscream. Also Sentinel Prime lets the anger flow through him at the committal of two of his bots, killed by Megatron last issue. Don’t worry Sentinel, it’ll all be over soon.

Then in Beast Wars the Ascending, Shokaract (say that ten times fast) attacks! Plus Robo-Rabies! Razorbeast is infected by Angolmois (who picked these names?) energy and is lashing out at everything in site. Lio Convoy is going to have to do something to stop what’s left of his friend.

In other features Barricade tells us why he enjoys his alt mode, a Saleen S281. I have to admit reason #10, “I have pretty lights” took me by surprise.

This issues Character Profile is Arcee.

Lots of contests this issue. Prizes include Dungeon Maker and Bakushow for the DS, two books Changeling, and Dragon Keeper: Dragon moon, and Transformers deluxe figures. 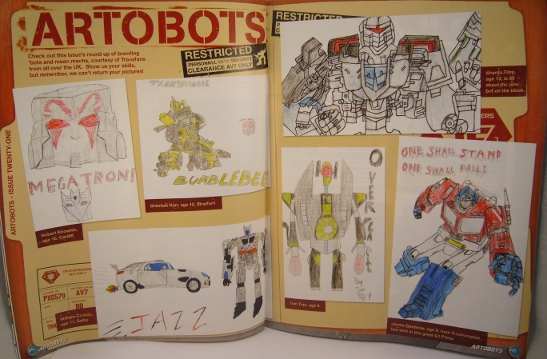 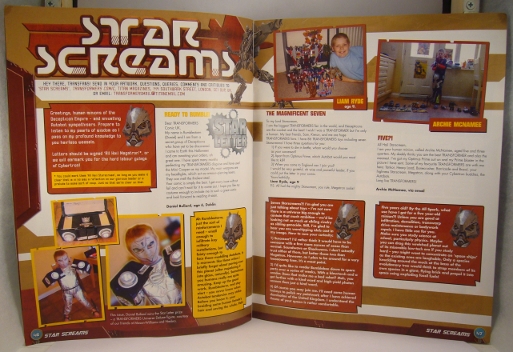 Starscream answers letters and prints collections. That kid in the costume is intense. 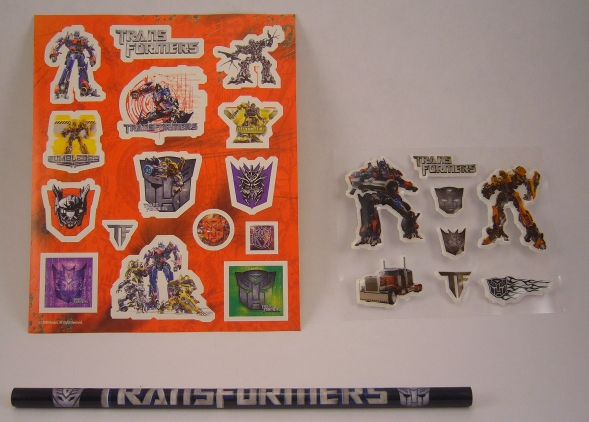 Bonus stuff for this issue, 2 page poster of the cover featuring Hard Target’s wayward Jazz standing over his defeated comrades, Ironhide, Bumblebee, and Arcee… who manages to be even more prone on this cover than she was in last issue's.