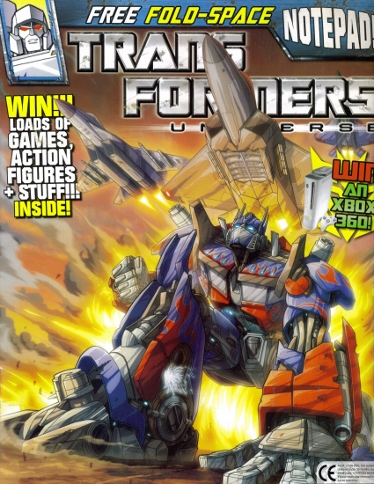 Issue #22’s opening feature The Decepticon Who Haunted Himself, is an action packed assault on Starscream’s base on earth, to rescue Mikala. 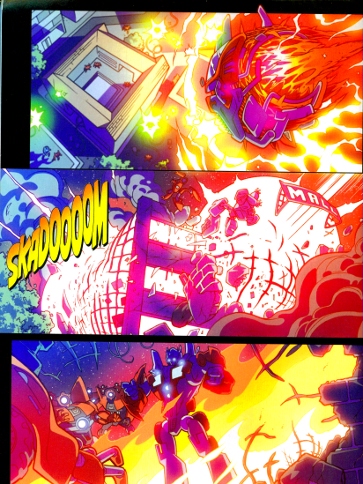 It’s a good one shot story, solid action and some Prime skid plate kicking. Plus Megatron may not be so dead as we’ve been lead to believe. Very nice.

IDW Reprints continue. In Megatron: Origin, The Decepticon Uprising begins, and in Beast Wars the Ascending, Magmatron sends Ravage on a mission to change the fate of Cybetron, a fate he’s already seen sealed.

Bumblebee reviews The Sims 3, Skate 2, and the DS reissue of classic Chrono Trigger available in the UK for the first time.

Contest prizes include two books, Chris Ryan: Vortex, and The Spook’s Apprentice, and Transformers Universe Galvatron. Plus the Blast from the Past section offers and Xbox 360 with Sega Mega Drive Ultimate Collection. (That’s Sega Genesis Ultimate Collection in North America. 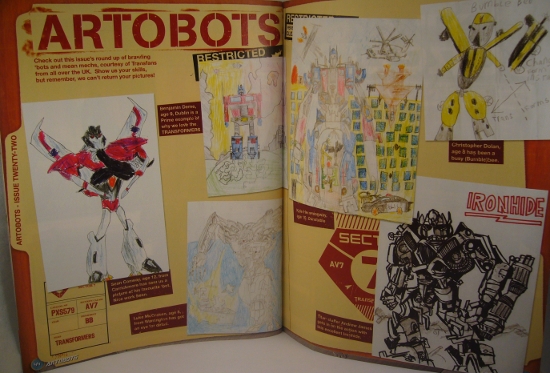 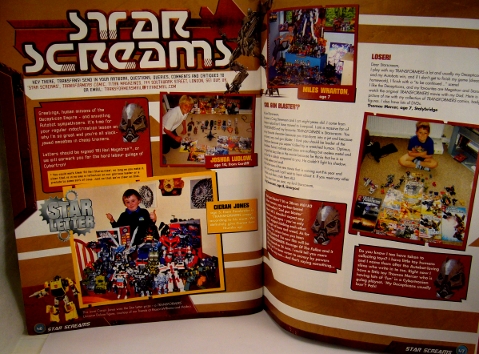 Two page poster of the cover features Prime under a sky full of Movie Seekers. 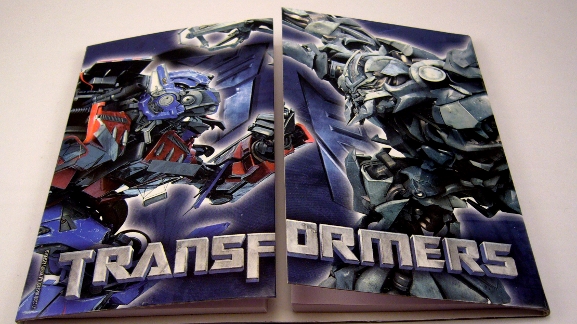 Free with this issue is a Prime an Megatron fold out note pad. It can go with last month's lonely pencil.