The Animated series has brought us a bunch of nifty gadgets. Some have made their way to the toy figures, while some haven't. Still others, like Ratchet's magnet claws, haven't fully captured the feel of the show. Unicron.com has designed an accessory kit for those wanting that little bit extra out of their Animated figures. Our thanks goes out to Perceptor of Unicron.com for sending us a kit to evaluate. 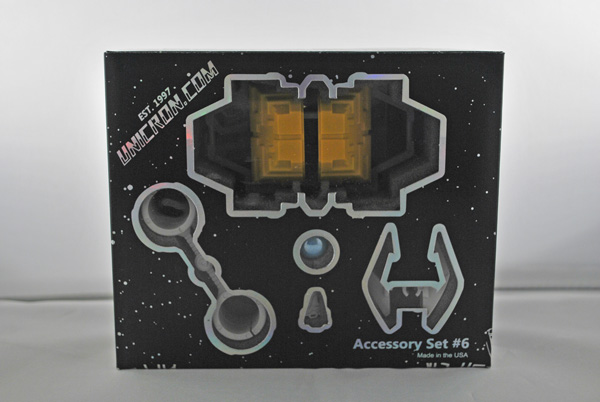 The kit comes in a very nice (if not Star Wars-esque) black box with silver reflective tape. On each side of the box is a drawing of the accessory kit's contents. The front has windows giving you a view of the goodies inside. Once you open the box and remove the items from the Styrofoam shipping packer, you should find the following: 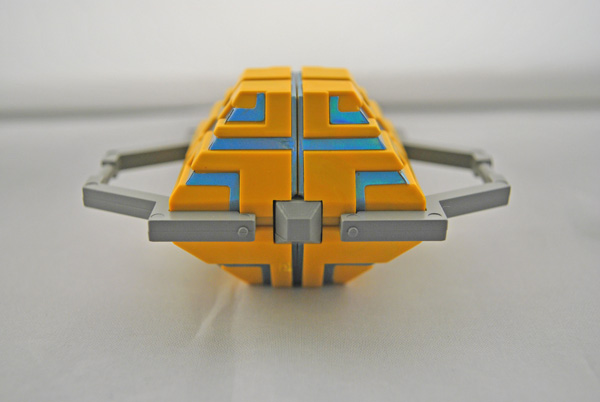 The 2 decal sheets each contain half of the decals needed to give the Allspark container it's nice, blue glow. Make sure you take your time and have a quiet, happy place when you go to apply the decals. They are pre-cut, but can still stick to the sheetback. Some are also brutally small, so you will want to have tweezers, a very thin and blunt object (like a small tongue depressor) and plenty of patience to apply the decals. 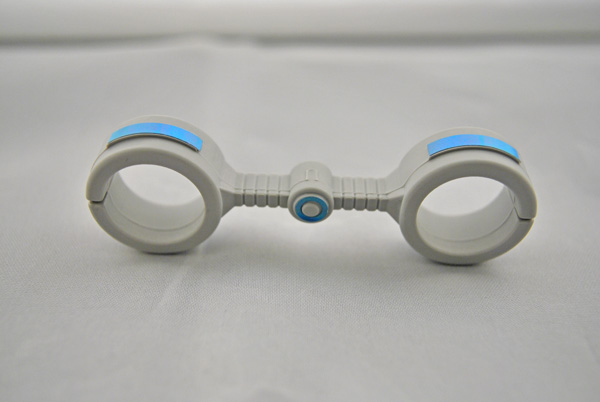 There are 2 stasis cuffs included with the kit. The cuffs are rubberized, so they have easy ply. They also are split, so they try to accommodate most of the figures. If the figure is too meat-handed or otherwise has a wide forearm, the cuffs won't work. There are 6 decals on each decal sheet that are used to adorn the cuffs with the same blue glow as on the Allspark container 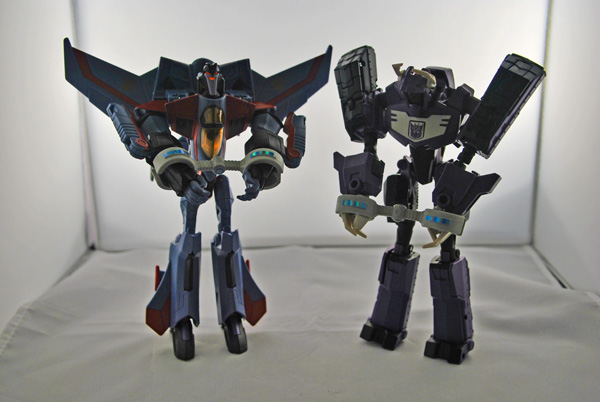 Here are 2 examples of how the cuffs can work. With Starscream, they fit very nicely. Shockwave have very broad wrists, but the cuffs can still lock around his hands pretty well. However, bots like Swindle or Megatron won't accept the cuffs. 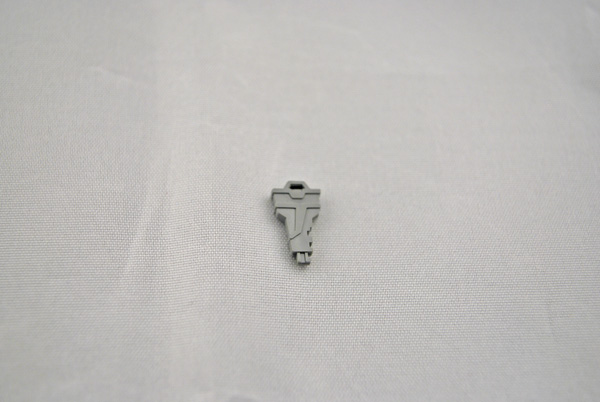 Sari's Allspark key is also included in the kit. However, with no Sari, it's not very useful except as eye candy. It's also very tiny, so be careful where you stow it. The details are nicely carved out but alas, no decals to shine it up. 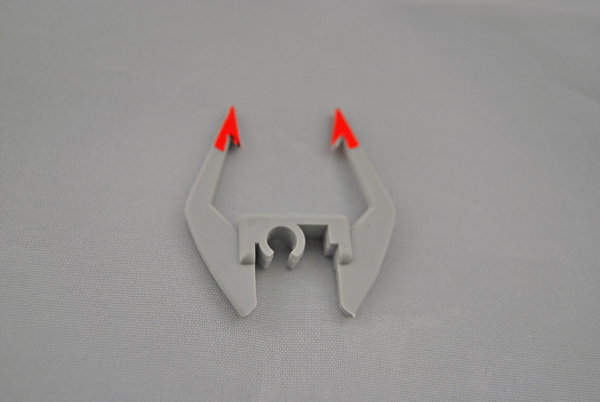 Disappointed by the half-attempted claw on Deluxe Ratchet? I'm sure many are. The accessory kit includes a pair of magnet claws that can be attached easily to Ratchet. The decal sheets have 4 decals each that attach to the tips of the claws. To install the claws on Ratchet, simply snap the tab into the spring mechanism inside Ratchet's hands. 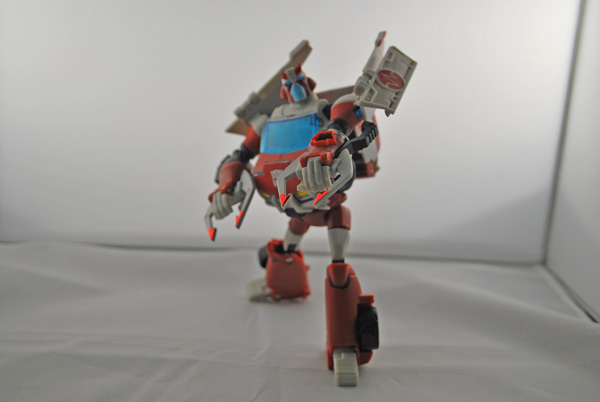 These claws do much justice to Ratchet. Not only do they hold on tight to their posting, but give Ratchet an extra boost of show accuracy. The claws are also rubberized, so they should be sturdy. The decals are hard to put in place, and I might question their durability, especially given the size. If you can find some red reflective paint, it might be a good move.

It's always a cool thing when a fan puts a labor of love into giving other fans little extras that Hasbro can't, or won't, provide. The trinkets included with this kit add extra flavor to the Animated lineup and, in Ratchet's case, extra playability. Best of all, the cost is very reasonable. At only $29.99, it's a venerable steal considering this has a small production run. So long as you take your time applying the decals and handle the Allspark container with care, there's no reason not to love this accessory kit!

Click here to view the home site for the accessory kit