In the first movie, we got a pair of transforming cannons to fulfill our roleplay. You could choose between Optimus Prime or Starscream, with alt modes that transformed into wearable arm cannons. Hasbro has decided to take a different turn with Revenge of the Fallen, instead giving you a more accurate arm cannon, Bumblebee style. 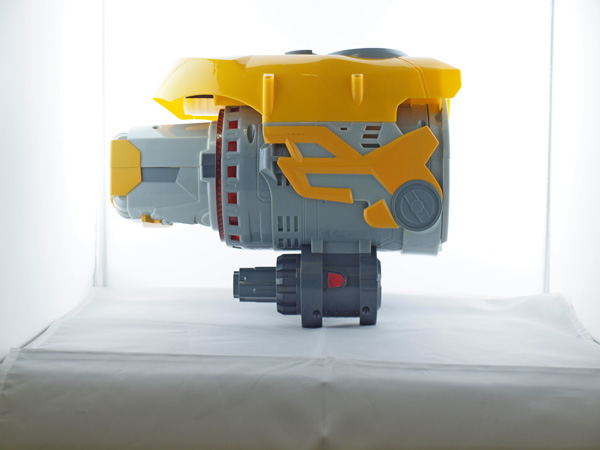 The setup itself is a bit of a beast. Although it does have that oversized look to it, it does have a decent amount of detail. You can catch some Cybertronian writing on the top and inner sides of the arm. You'll also see the pulse cannon that is underneath. On the pulse cannon is an Autobot insignia that triggers some of the sound effects. We'll go into that later. The fist is semi-detailed, but only four fingered. At the base of the fist, you'll see an LED light ring. This plays along with the sound effecst. As for wearing this arm, if you are fat handed, don't bother trying. Those with slimmer hands, however, might be able to squeeze into it like I did. This is definitely made for the child's hand. 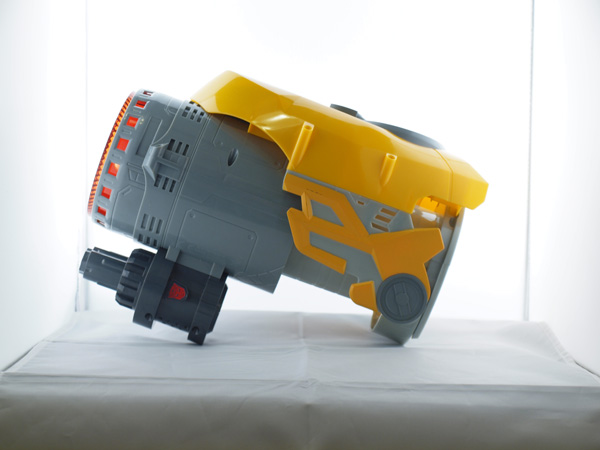 To convert to cannon mode, simply push the pulse cannon forward and the cannon barrel will extend, hiding the fist. The base of the barrel will rotate as you push it forward. A transform-down sound accompanies this action. Push the pulse cannon back to reverse back to hand mode, with a transform-up sound accompanying it. The cannon mode offers additional sound effects, as well as recoil action.

As with any large item in the TF Universe, the arm cannon has an arrangement of sound effects. On the top of the cannon, where the human hand would slip in, there is a settings switch. You can choose between OFF, ON or TRY ME modes. There are two activators. One is the Autobot insignia on the smaller pulse cannon. The second trigger is located inside the arm cannon via a grip button. The list below documents which sound effects you get with which environment:

The above sounds play regardless of whether or not the switch is in TRY ME or ON mode.

The transform-up and transform-down effect may play at various loops during the TRY ME mode.

The arm cannon has a nice array of gimmicks. The recoil action for the arm cannon is pretty inspiring, and the sound effects are decent. As far as quality control, the paint apps are pretty thin and the cannon had rub wear right out of the box. The only detraction from this cannon might be price, which is $40 MSRP. That's quite a grip for a role play item, and definitely a bit of money for a child's toy. I would suggest waiting for a clearance for this one. Were this priced in the $25 to $30 range, it would be more desirable.